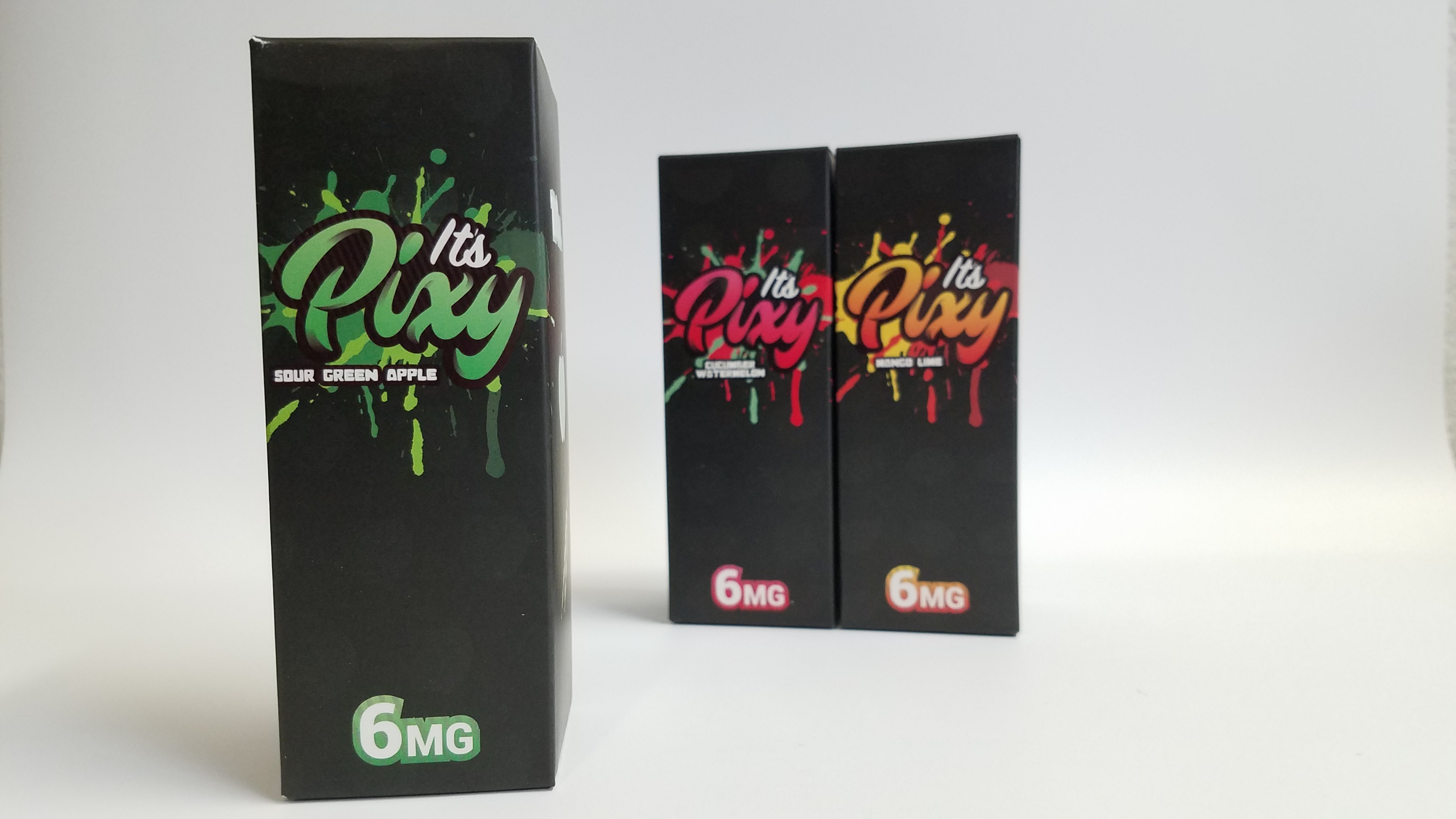 It’s Pixy Green Apple was sent to me for the purpose of this review.

It’s described as a crisp green apple with a sour candy punch.

This smells like your typical green apple jolly rancher, which isn’t a bad thing. It smells very good.

I tested this using the Teslacigs Touch mod at 100 watts with the Icon RDA built at 0.25 ohms.

It does have that green apple jolly rancher taste, but that’s not the only thing going on here. I can’t figure it out, but maybe a slightly more natural apple flavor, like if green jolly ranchers were just a little more like a real apple. Don’t get me wrong though, this is definitely a hard candy flavor. I don’t get a pixy stick flavor, but it’s pretty damn close to real jolly rancher though, which I love, so this one is a win for me.