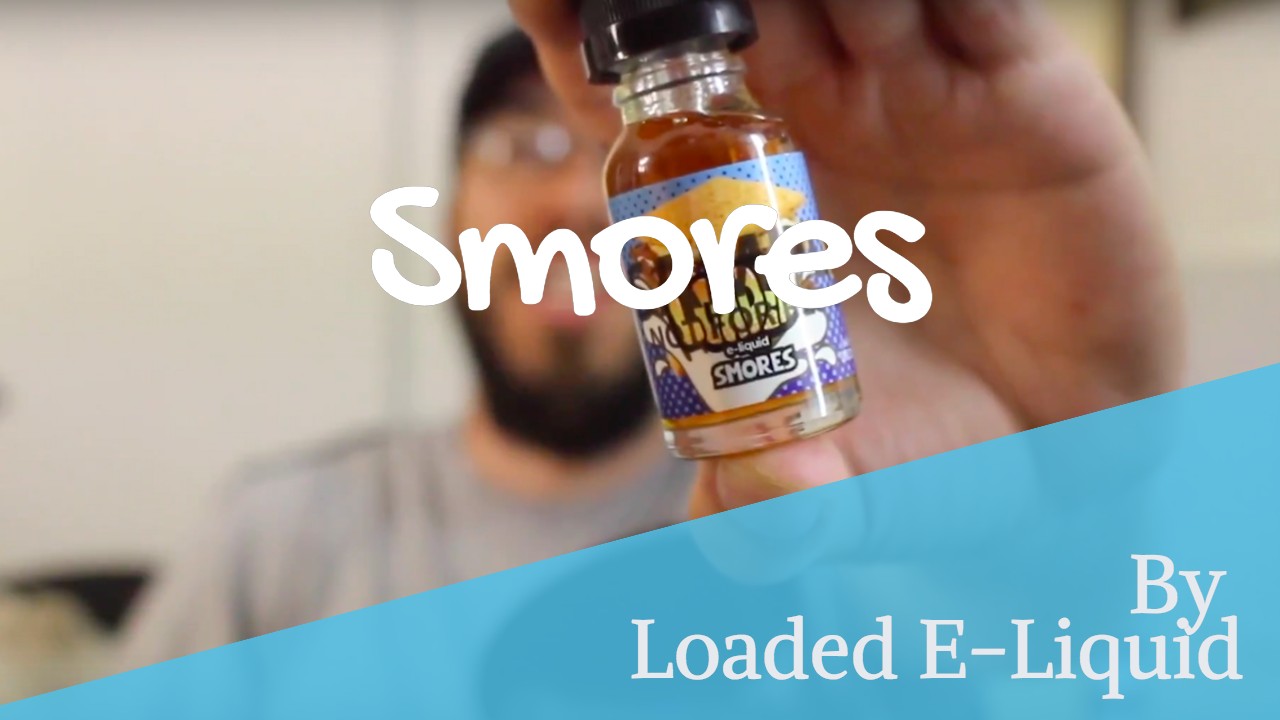 I received Smores for free for the purpose of this review.

Smores comes from a company named Loaded, which is actually manufactured by Ruthless Vapor out of Southern California. I recently reviewed their Glazed Donuts e-juice a couple of weeks and I thought it was pretty good. Not amazing, but good.

Let’s see how this one stacks up.

The bottle I have is 3mg nicotine, but it also comes in 0mg and 6mg.

“Flakey, cinnamon-dusted graham crackers provide a delicious base to this childhood treat flavor. Sweet, creamy marshmallows squished beneath rich milk chocolate bring it all together in a vape that is sure to bring back memories.”

It smells sweet. I get a slight chocolate smell and a little bit of sweetness, but it doesn’t smell like smores.

I tested Smores using the Predator 228 mod with the Icon RDA built at 0.29 ohms and set at 110 watts

The throat hit is not harsh at all. The nicotine is smooth at 3mg.

The flavor is also nice and smooth. It’s sweet but not overpowering. That sweetness might be the the the marshmallow, but it doesn’t make me think of marshmallow, rather just some type of sweetener.

Chocolate is one flavor that I know I get, although it’s mild.

I think I can taste just a little bit of graham cracker flavor, but I don’t know if that’s because I know that I’m supposed to. If it’s in there, it’s light.

I seem to get all of the flavors here, but they don’t really combine into one solid mix to make a smores flavor.

Overall though, I think it’s a good flavor.

The price on Loaded’s site is $35 for a 120 ml, which doesn’t seem too bad, but you can find it all over the place online for around $20, so look around for a good deal.