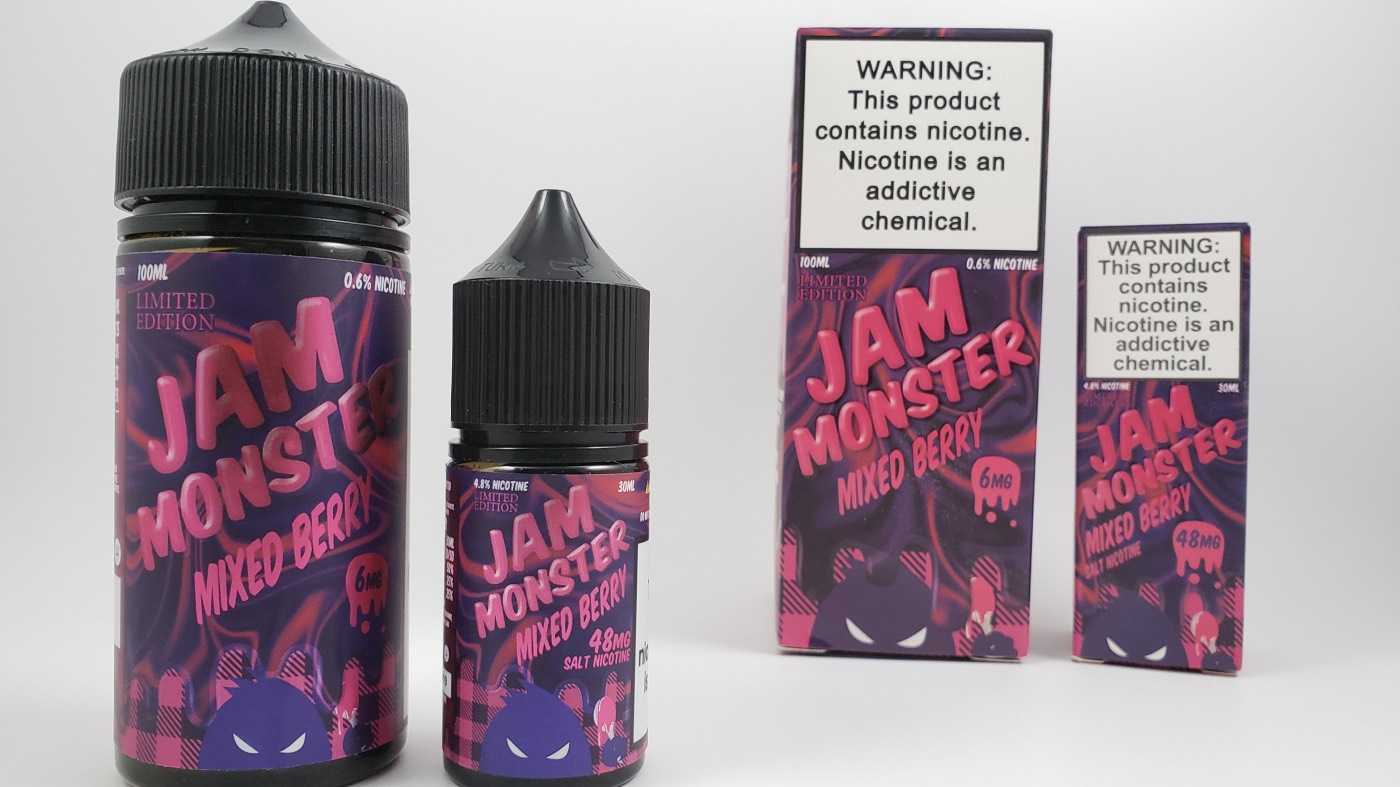 This was sent to me for review from Jam Monster. I recently reviewed Monster Vape Lab’s Fruit Monster line, which was very good, but I’ve never had anything from their Jam Monster line. Everyone seems to really love Jam Monster, so I was really excited to get this.

Monster Vape Labs describe the flavor of this as mixed berries, butter, and toast.

If you didn’t realize that this was supposed to taste like mixed berry jam on buttered toast, you’d probably have a hard time getting all those notes out of the smell, although you would definitely realize that it’s not just a mixed berry. You can smell that it’s just a little different. But knowing that it’s mixed with buttered toast, you can absolutely get that smell here. It’s crazy.

Before trying this, I was assuming, well maybe not assuming, but wondering if it would be like all of the other mixed berry e-liquids out there. Not that there’s anything wrong with mixed berry flavors, I actually like them, but they’re really not very different from each other. But this one is much different than the average mixed berry e-liquid. It’s mixed berry, sure, but it has this really good juicy sugary sweetness to it.

This flavor is absolutely amazing. This is a straight-up mixed berry jam on buttered toast. I don’t know how they get that toast flavor. It might sound weird but buttered toast in e-liquid is really freakin’ good. If you’ve vaped other flavors in the Jam Monster line you’re probably not surprised, but as I said earlier, this is the first time I’ve had anything from Jam Monster. As far as the jam flavor goes, it’s a lot like the jam you’d find in those little disposable containers at a restaurant. It reminds me of IHOP. It’s very fruity and very sweet.

Monster Vape Labs sent me both the salt nic and regular nic versions.

I tested the regular nic version in the NADA RDA on the Rincoe Mechman mod set at 80 watts. Now, this is why I love high wattage vaping – you get an absolute ton of flavor out of this e-liquid. It’s so good and so flavorful.

Alright, that’s it! This was sent to me for review and you can get it from MonsterVapeLabs.com.

Thanks for checking out this review and I’ll catch you on the next one!