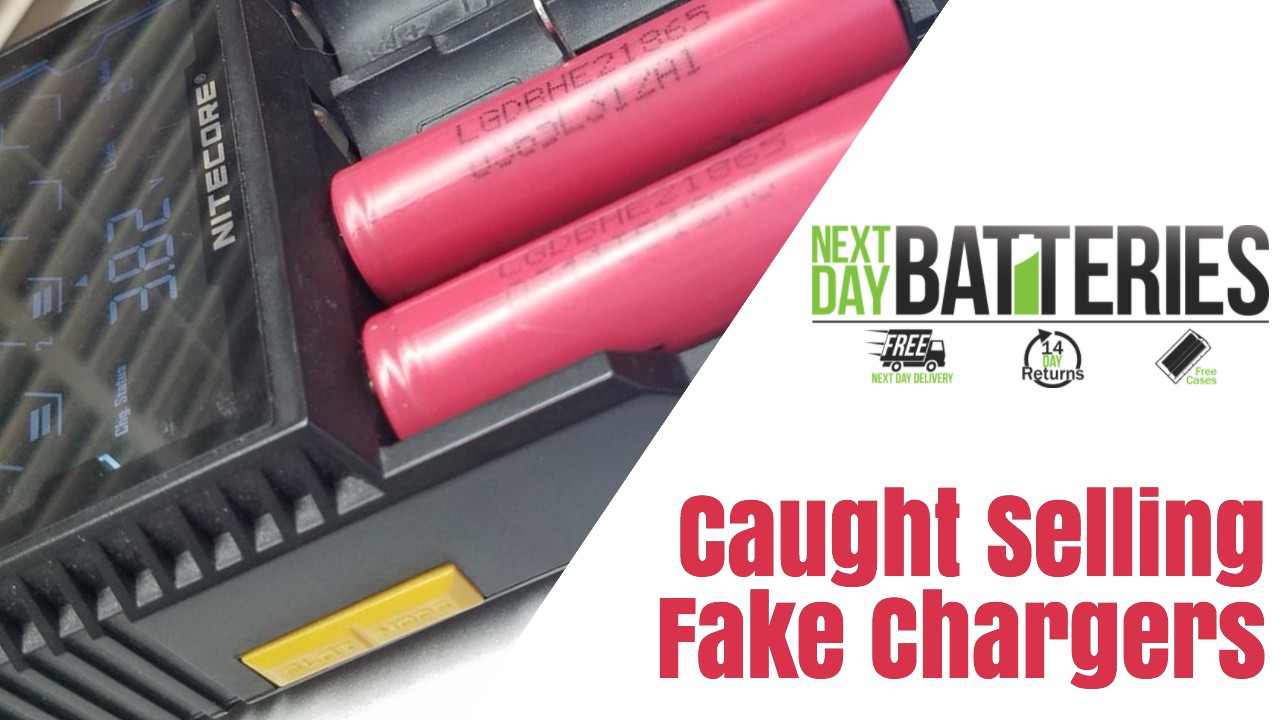 The UK-based battery company Next Day Batteries has confirmed that they have been unintentionally selling fake battery chargers since as far back as July. July is when they started receiving complaints but it wasn’t until just recently when someone posted a forum thread on PlanetOfTheVapes.co.uk that the news really broke.

According to the original author of the thread, he ordered a Nitecore I4 charger and found that it did not have a UK plug, did not have a serial number, and the security validation scratch code was invalid. He sent pictures to Nitecore who confirmed that it was fake.

The owner of Next Day Batteries, Josh Malone, posted on Facebook that he did not sell any fake chargers and that people were attacking his company for no reason. Then more stories of fake chargers sold by Next Day Batteries started coming out. Many more. Instead of responding to real concerns and questions posted on their Facebook page, he’s ignoring or deleting them.

Now here’s where it gets really bad. Malone could have prevented this from getting so big. He could have contacted all of the people that have purchased these chargers and offered a refund or replacement. Instead, he threatened blackmail against people that left bad reviews on TrustPilot and said if they didn’t remove the review, he wouldn’t refund their money. These are the claims people are making.

He could have put up a warning on his website, but instead, he responded with “Why would I want to drive away new customers?” Other people have said that they sent back fake chargers and received fake one again in return. This is a company that is not making the smartest choices here.

These fake chargers are dangerous. The plugs do not contain a fuse, which protects the device from drawing too much current. Without that fuse, the charger could start a fire, so if you’ve purchased a Nitecore charger from them, contact them to get a refund and stop using it immediately.