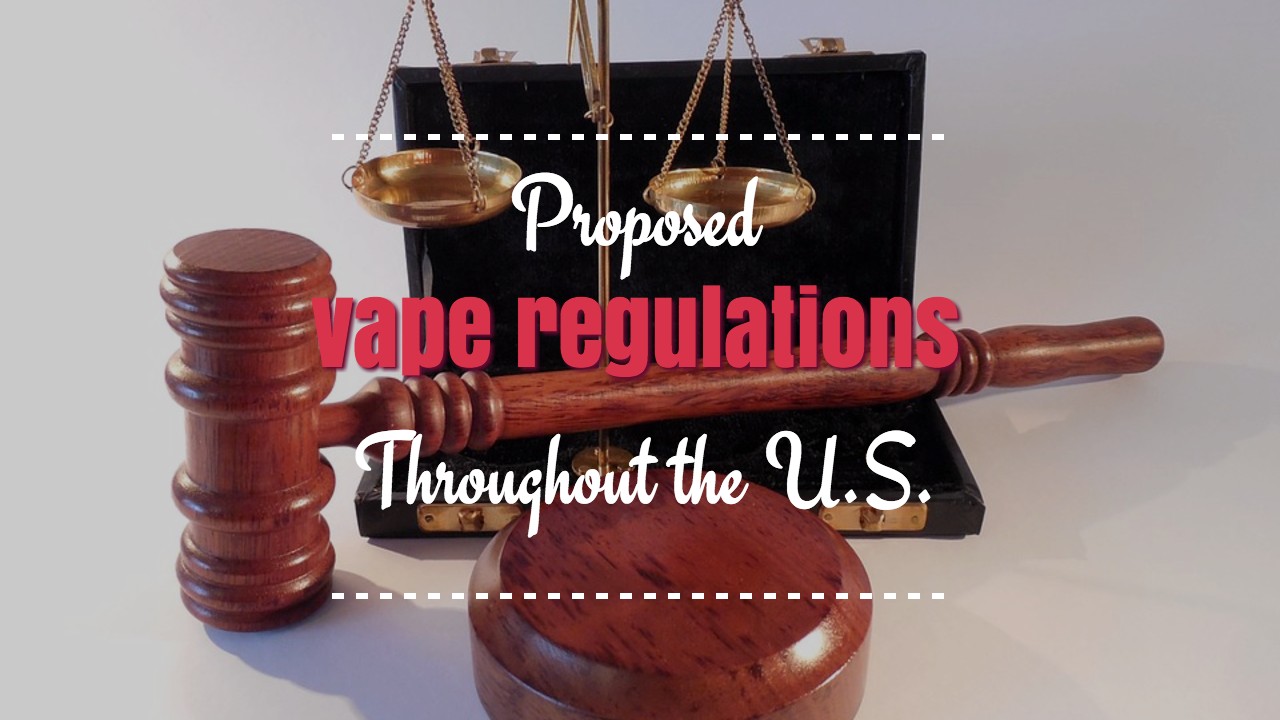 There’s always something to fight. Protect your right to vape by taking action against proposed regulations in your city or state. Visit CASAA.org to find more information and for instructions in participating in call-to-actions.

San Francisco Supervisor, Malia Cohen has introduced a flavor ban for both flavored tobacco and vapor products. CASAA is saying that the first hearing MIGHT happen on Wed. May 24th at 10:30 am. If you live in San Francisco, reach out to city supervisors and tell them to oppose the ordinance.

LA has bill HB 271 which would raise the tax on e-juice from $0.05 per ML to $0.13 per ML. It was actually heard last week and the committee agreed to put this bill on hold while they further study if/how vapor products help smokers quit smoking and how other states are taxing e-liquids. So it’s a temporary win for now, but the bill is still there, so keep an eye on it and voice your opinions.

NYC also has an ordinance that would require vape shops to have licenses to sell vapor products. The big issue with this bill is that licenses will only be issued for 90 days after the bill passes, then no more licenses will be given out. That means any shop that doesn’t obtain a license in time will be forced to shut down and it also means that no new vape shops will be able to open.

Maryland’s HB 523 proposes imposing licensing regulations on Maryland vapor business which now includes a last minute partial online sales ban. Manufacturers are still allowed to sell online, but distributors and local shops are not allowed to sell online. The bill has already passed the house and senate and the last step is for it to be signed into law, so the only thing you can do now is request that Maryland’s Governor Larry Hogan VETO the bill.

You can find more information about all of these bills and ordinances on CASAA.org along with information on who you need to contact and what you can say.