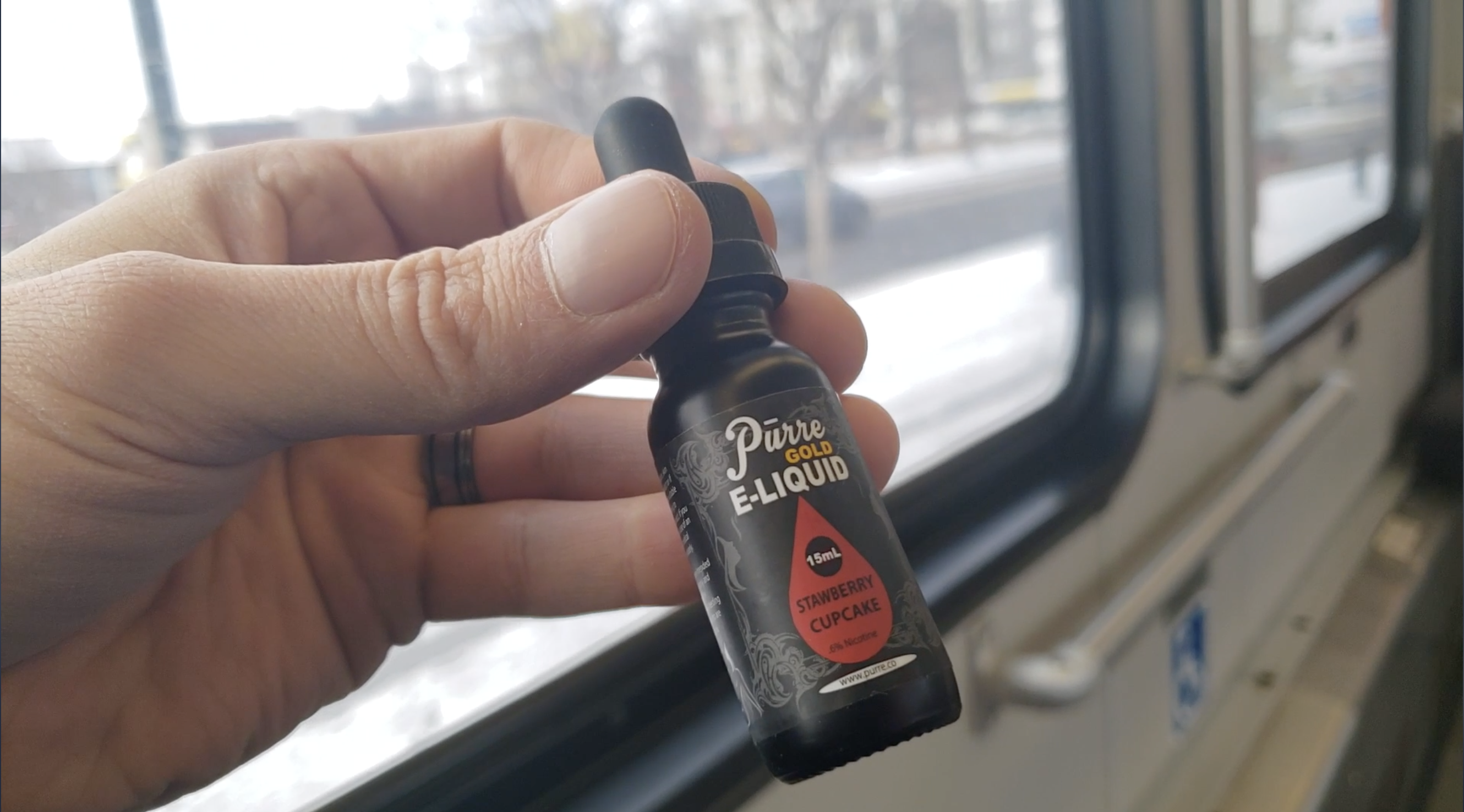 Check out the video to get my first impressions and to see the results of my Ancestry DNA results.

So while I was waiting to get tires installed (or maybe an oil change…this was like 6 months ago), I decided to check out the Smoker Friendly store nearby to see if they had any vape gear. They had some, and the girl working there said that this e-juice was really good. It was only $5 or something like that, so I thought “what the hell, I’ll give it a shot”. Six months later and I’m finally giving it a shot.

This e-juice tastes just like it’s described. It’s like a sweet candy-ish strawberry cupcake. Although I’m unsure if I would be able to tell what the flavor is supposed to be if I didn’t already know what it was. The flavors are most prominent on the first couple of inhales and then it becomes a little hard to taste, so I would have liked for the flavor to be a lot stronger. After vaping this for a while, I also sensed what I believe is a small hint of “woody” tobacco.

Overall, I think it’s a pretty good e-juice, especially considering that it was only $5 bucks.