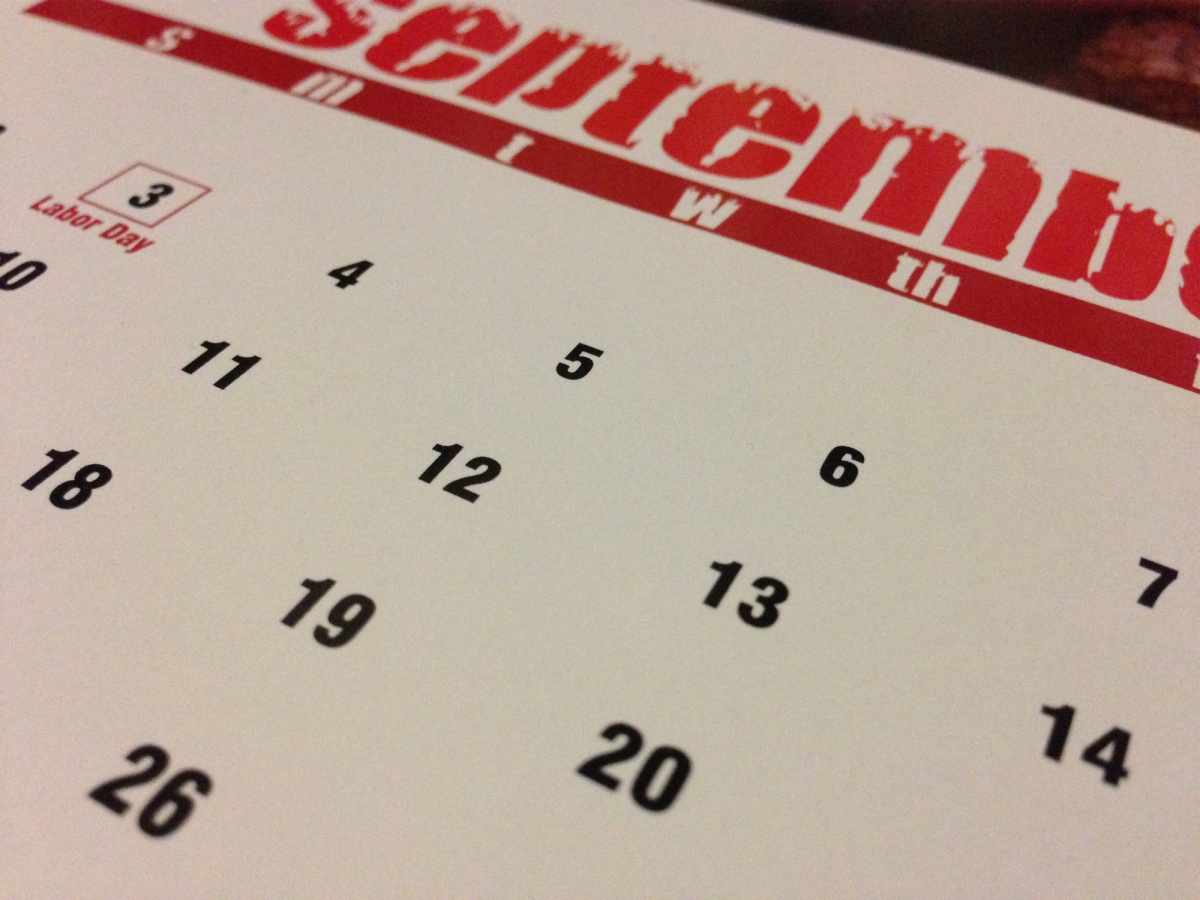 While cleaning all of the junk out of my home office, I found the calendar printout that I used to track my progress to quit smoking using an e-cig. I kept this calendar at my desk so that I would see it every single day.

I thought I threw my calendar away and I have always been so disappointed that I never kept a record of my progress, but I’ve found it!

To give you a little background, in 2010 (and all the years before it and even a couple after) I used to hang out with my friends every single weekend to hang out and get drunk. This is why you’ll notice my mistakes on the calendar all happened during the weekend because like most smokers, I loved to smoke when I would drink. I wasn’t a heavy smoker on weekdays so I never slipped up. 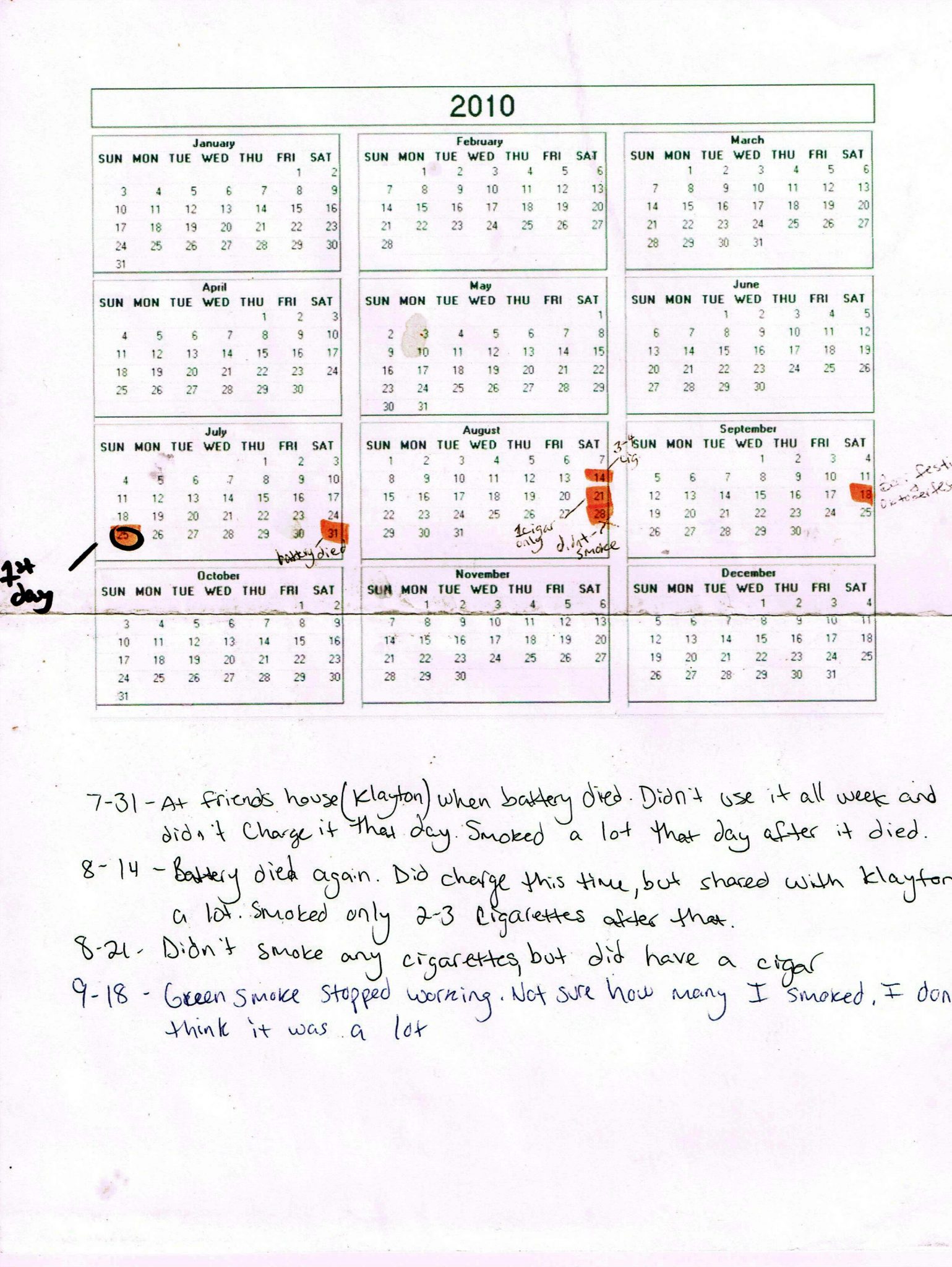 This was my first day using my electronic cigarette. I think I actually got my e-cig in the mail a couple of days earlier, but this was the day I decided I would stop smoking entirely.

I was at my friend’s house drinking as usual. I hadn’t smoked or vaped at all during that week, so I figured the battery would be fully charged since I charged it the previous Sunday. Well, it turns out that even when not in use, those little cig-a-likes don’t retain much power. The battery died and I smoked a TON of cigarettes.

I slipped up and smoked again. I had a fully charged battery, but both me and my friend were vaping on it heavily so it died pretty quick. After it died, I only smoked 2-3 cigarettes, which was still a ton of progress for me. I usually went through a full pack of cigarettes during the course of a night drinking, so only smoking 2-3 was a lot of progress.

I highlighted this day on the calendar because it was a huge win for me. I hung out with friends and didn’t smoke one cigarette. My electronic cigarette was fully charged and lasted me all day and night.

I hadn’t smoked a cigarette in over a month by this point, minus the one cigar. September 18 was the real test. This was the day of the Great American Beer Festival, which I honestly went into thinking I would probably get too wasted to care about smoking a cigarette.

Well halfway through the session, my electronic cigarette stopped working, so of course I smoked a few cigarettes. I was drunk enough to not know how many I had smoked, but I was able to keep it to minimum.

And that was it! I officially quit smoking on September 19th, 2010!

Vape Deal of the DayGet the Sigelei Snowwolf Wocket Pod System for only $14.99 at Breazy.com Click here.