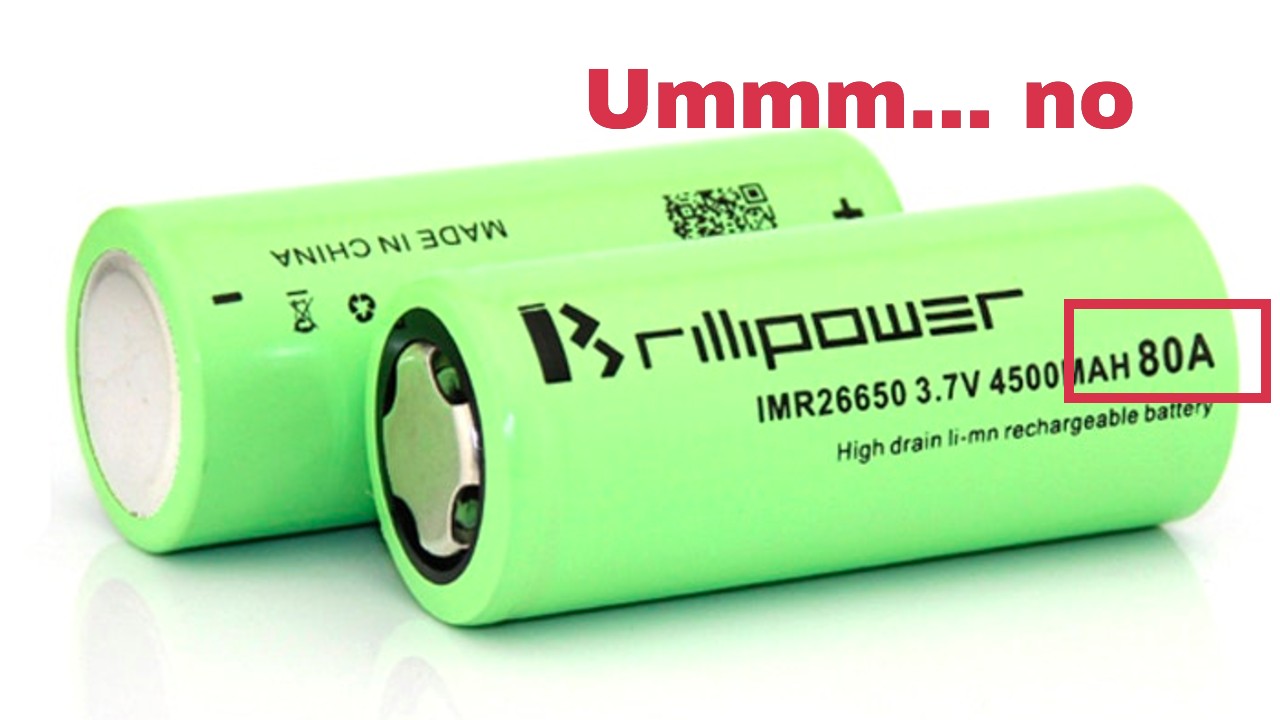 Mooch has been on a roll lately with Brillipower batteries. I know there are a lot of vape shops that sell these so I wanted to quickly share some of his results.

This test shows that it has a pulse rating of 85amps, which is useless. Mooch found that at 85amps, the voltage dropped to a 2.5v cutoff in a fraction of a second. So yeah, not even close to 85amps. He’s giving it a final rating of 20amps and 5,000 mAh with a max rating of 25amps.

Like the previous one, this one has an extremely overrated pulse rating. It’s definitely not safe to pulse at 80 amps. This one also doesn’t match up to its mAh rating. Mooch is giving this one a final rating of 23amps and 4300 mAh, with a max amp limit of 25.

This battery says “45a max” on the wrapper but Mooch’s tests found it to be a 20a battery with a 25a max. One positive though is that it does seem to match up to its advertised rating of 2600mAh.

One other thing to note about Mooch’s tests is that with all of these batteries, the model numbers imply that they use IMR chemistry, but they are actually INR batteries.

I believe he’s done other tests for other Brillipower batteries, but I think you get the jist. These are crappy batteries that you shouldn’t buy or use.