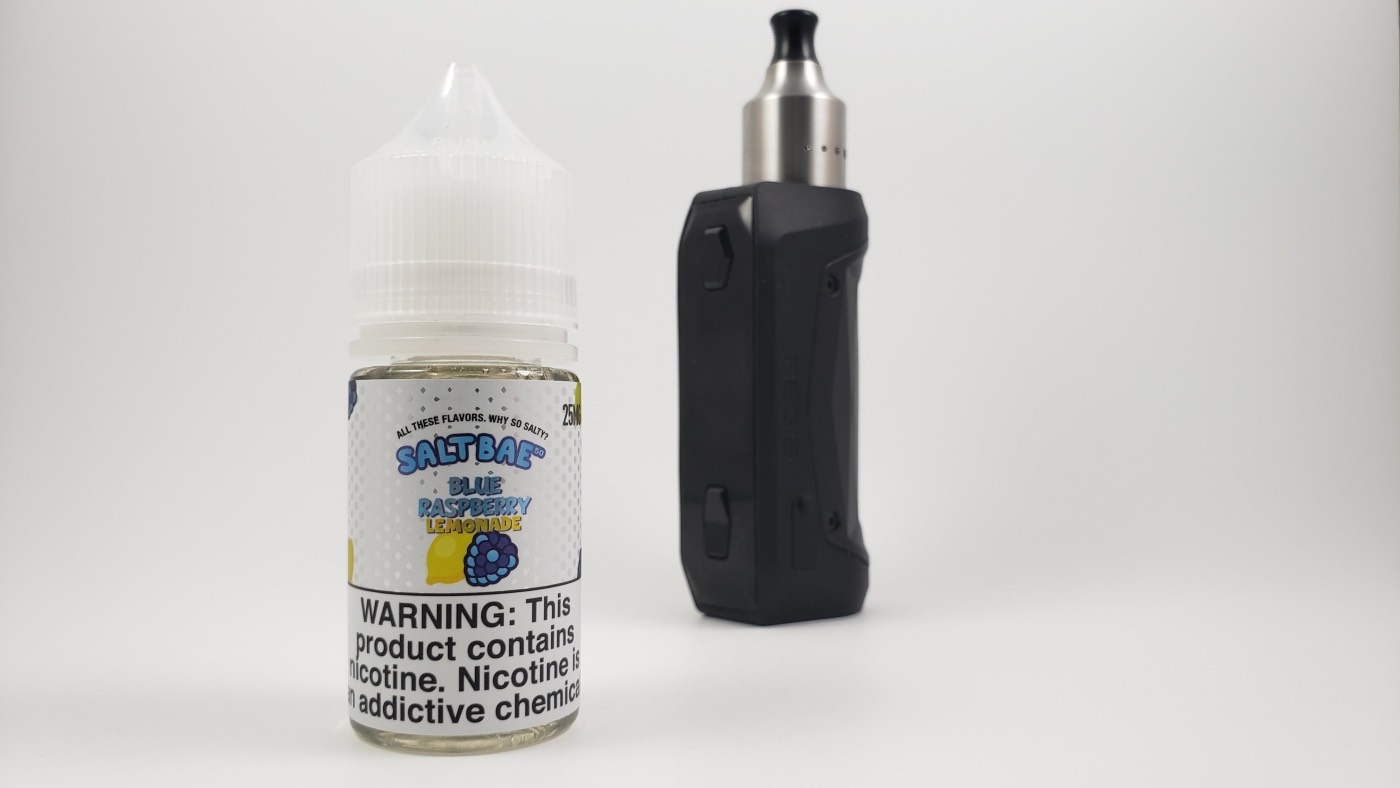 Blue Raspberry Lemonade was sent to me for review from SaltBae50.com. Salt Bae 50 describes this is a fresh cup of lemonade combined with the taste of blue raspberry.

The smell is like a blue raspberry with just a slight hint of lemon.

I tested this using the Expromizer V4 RTA on top of the Aegis Solo device.

And like you’d expect, it tastes like it smells; like a light blue raspberry with just a hint of lemon. I don’t get a whole lot of lemonade, but I can see the resemblance. I would have liked for the blue raspberry to come out a little stronger and for the lemon to be a little more sugary, but it’s a decent flavor.

More Details and Where To Get It Salt Bae 50 makes high milligram salt-based nicotine, such as for pod systems. If this sounds like something you’d like, you can pick up Blue Raspberry Lemonade e-liquid from SaltBae50.com for $22 in 30ml bottles and it comes in nicotine strengths of 25mg or 50mg.