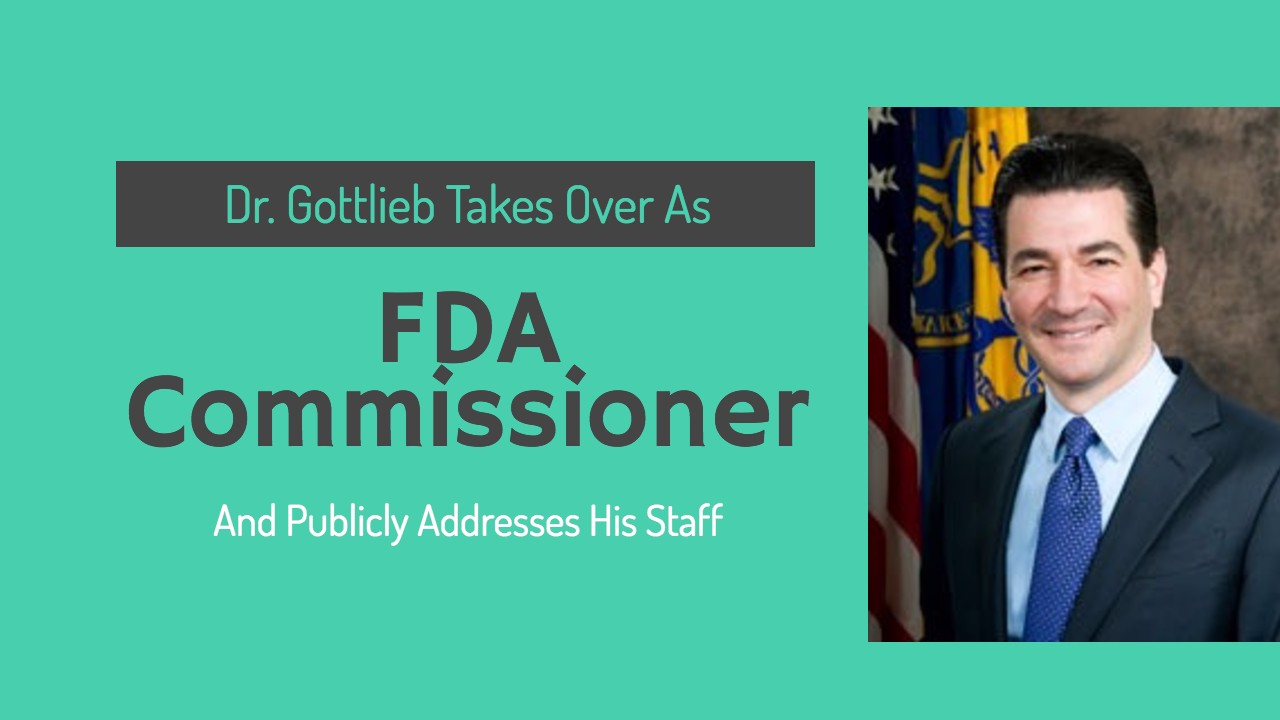 Dr. Scott Gottlieb made his first official announcement to the FDA staff last week with an “FDA All Hands Meeting” letter.

In his letter he talked about his goals for protecting consumers and promoting public health in all of the many different ways that a doctor would. He also discussed his previous work with the FDA, which I think is just his way of helping his team understand that he’s experienced and that the FDA is in good hands.

The Relevant Details of the Letter

It was a very optimistic letter overall, but let’s get to the point that you’re probably most interested in – Gottlieb’s views on vaping.

He actually didn’t address vaping specifically, but he made some hints.

Here are the relevant parts of his letter.

“…there’s probably no single intervention, or product we’re likely to create in the near future that can have as profound an impact on reducing illness and death from disease as our ability to increase the rate of decline in smoking.

We need to redouble efforts to help more smokers become tobacco-free. And, we need to have the science base to explore the potential to move current smokers – unable or unwilling to quit – to less harmful products, if they can’t quit altogether. At all times, we must protect kids from the dangers of tobacco use.”

What Does This Mean For Vaping?

Many people in the vape community are highlighting that part about “less harmful products.” Before we jump to conclusions though, we should consider that he could be talking about pharma or NRT products like nicotine gum and the patch. He didn’t specifically mention vaping, although the very careful wording of his statements lead me to believe he’s talking about vaping.

And we know that Gottlieb has ties to the vaping industry. He was the director of Kure, a vape shop in Charlotte, NC, for more than a year and according to his financial disclosures, he had financial interest in that company as of March.

And while we’re on that topic, I’ve heard a lot of talk about Gottlieb saying that he would recuse himself from the vaping industry for a year, but I think people are misinterpreting what he said.

Gottlieb’s conflict of interest filing stated that he will not participate in any matter involving specific parties for one year after resignation.

In this letter, Gottlieb stated that he resigned from Kure in May 2016, which means that one year is now up. And even if it wasn’t, I think there’s some wording here that’s open to interpretation.

He says he won’t participate in anything related to specific parties, but he doesn’t say anything about industries as a whole. I think he worded this in a way that allows him to make decisions related to the vaping industry, but not specifically to benefit Kure.

That’s my interpretation of it anyway.

But we’ll just have to wait and see. I’m excited for Gottlieb to take over as commissioner of the FDA.