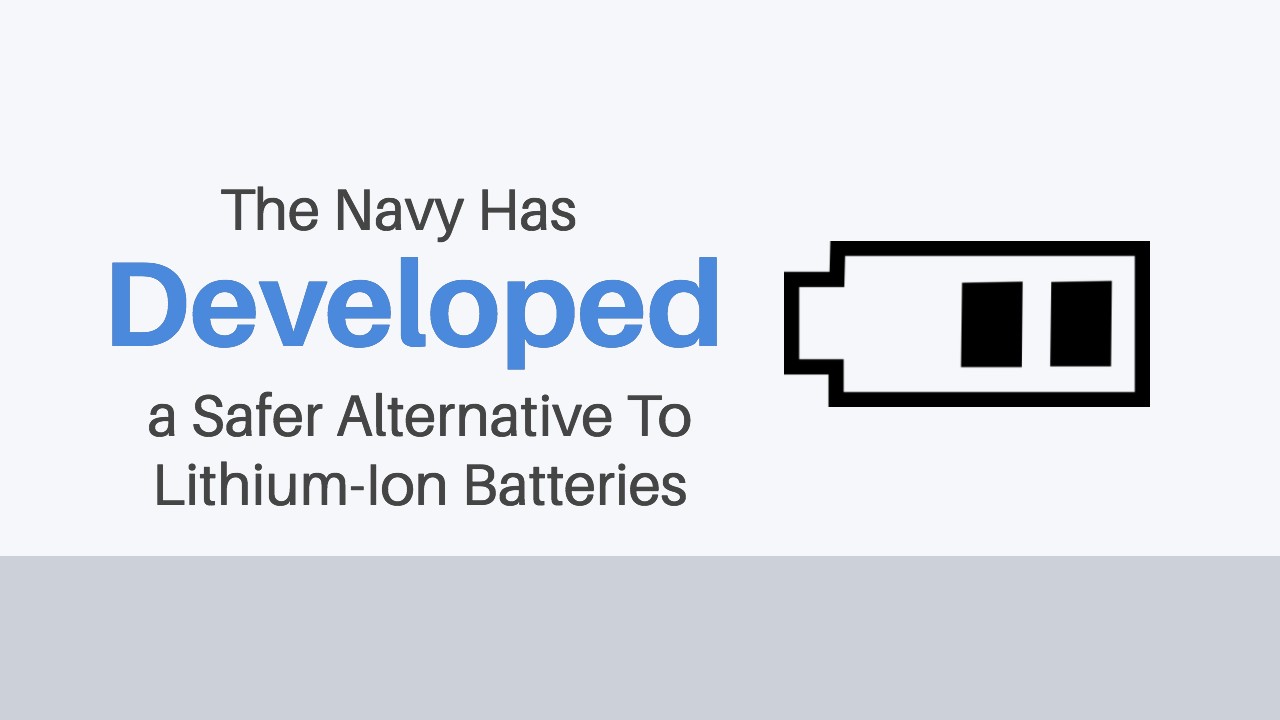 The U.S. Naval Research Laboratory, or NRL, recently released some news that claims that they’ve developed a breakthrough alternative to lithium-ion batteries.

The NRL’s chemistry division has been working on creating water-based, zinc batteries, which they say are much safer than lithium batteries. They’ve actually developed and demonstrated working nickel-zinc batteries that contain a zinc sponge that replaces the volatile powdered zinc anode that’s normally used in lithium batteries.

The researchers say that this sponge improves on both energy content and rechargeability of lithium-ion batteries while removing the safety risks of traditional li-ion batteries.

Zinc batteries are actually the go-to standard for single-use applications due to their safety, but they until now haven’t been rechargeable. This is because they tend to grow conductive dendrites inside the battery that eventually grow long enough to short-circuit the battery.

But the sponge that these researchers have developed make it physically difficult for these batteries to form dendrites.

They’ve tested these batteries in three ways; extended lifetime single-use, cycling the batteries more than 100 times comparative to lithium-ion batteries, and cycling them more then 50,000 times in short duty-cycles.

They hope to deploy these batteries within an whole family of sizes. I’m not sure if that includes 18650’s, which is what we typically use as vapers, but this is very promising news.

This is also great news considering that the Navy just recently banned vaping devices on Navy ships and vessels due to the dangers of improper care of lithium-ion batteries. The Navy’s NRL press release specifically mentions this ban, which leads me to believe that they are considering their use for vapor products.