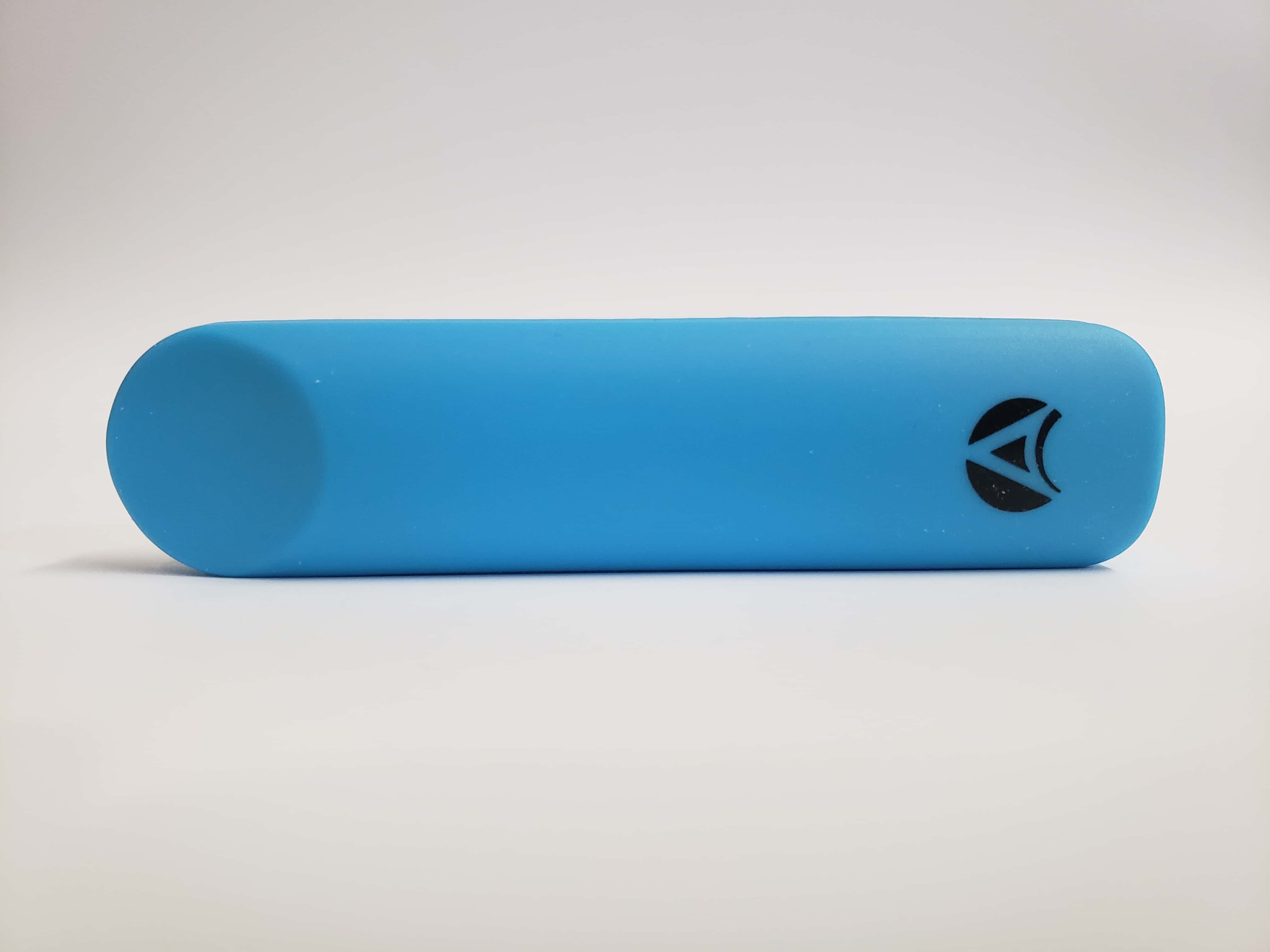 The EDC Rainbow was sent to me for review from BuyBest.com. This is a small compact salt nic device that’s designed to be thrown away. Apollo specializes in beginner products like vape pens. They also make their own e-juice. It looks like they are getting into pod vapes and nic-salt e-juice, which is what they use in all of their EDC Rainbow devices.

So let’s talk about it! Apollo has six different flavors in the EDC Rainbow line, all of which are represented in different colors. The flavor BuyBest.com sent me is called Breeze, which is a menthol flavor made by Apollo. For me, the flavor is very weak. It hardly tastes like menthol at all, but it does seem to have just a slight hint. It also seems to have a slight hint of tobacco flavor. It’s not bad, it’s just not very strong. I would have liked a stronger flavor.

The nicotine strength is 5%, which translates to 50mg. Since this is salt nic, it works just fine in here. The design is nice. It’s small and compact and hardly noticeable at all in my pocket. The mouthpiece is slimmed down so that its comfortable to hit and I have no complaints on that. It’s comfortable to use. The material is a soft rubber and overall is a nice device. The draw is somewhat tight, but not very restricted. I think it’s just a little too tight to do a restricted lung draw though. But it’s comfortable to use. So that’s the EDC Rainbow from Apollo. There’s not a whole lot to it. It works well, it looks nice, and it’s nice and small. My biggest complaint is that the flavor is really light. BuyBest sells them for about $7.50 which I think is a little pricey for a disposable, but it’s comparable in price with other similar disposables, like the NJOY Daily. The thing I don’t like about disposables is the recurring costs and the waste they create, but I DO think they are good intro products for people who just want to try vaping before jumping into more expensive products and for that it’s great. I also think it’s a great way to sample Apollo’s salt nic e-juice.