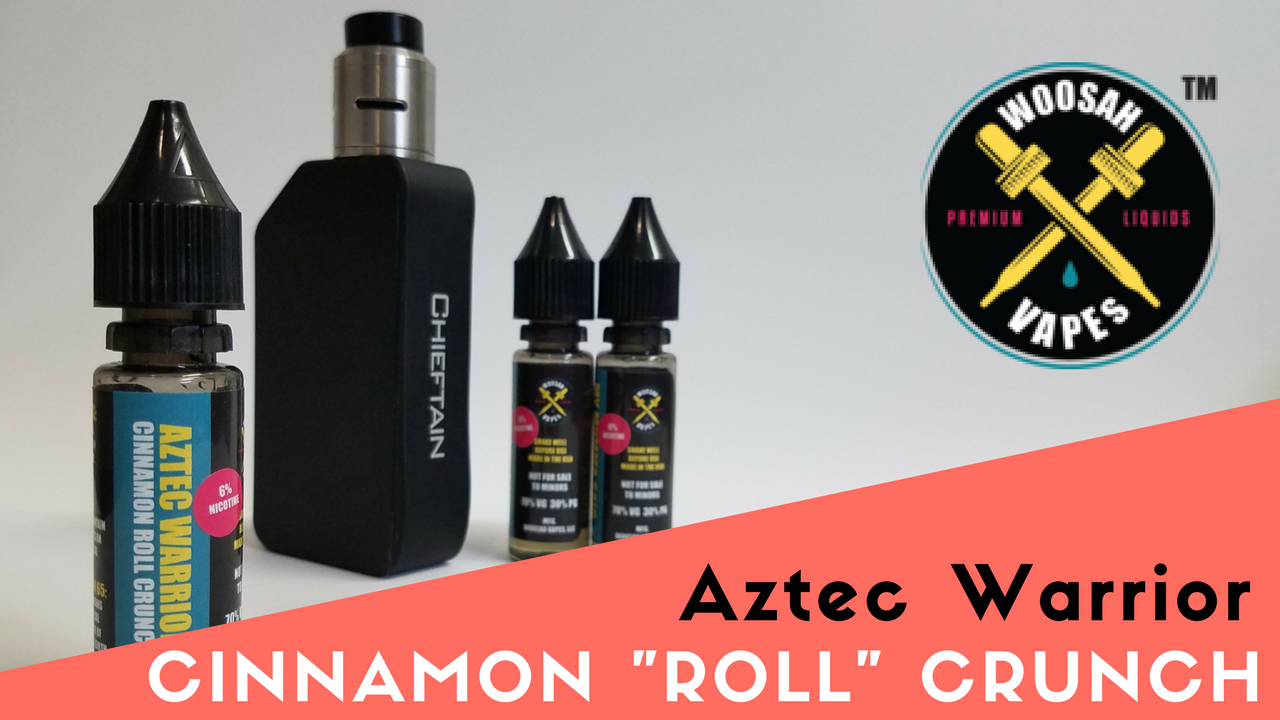 Woosah Vapes sent Aztec Warrior (use code alex6 for 10% off your order) to me for free for the purpose of this review. They describe it as a cinnamon roll crunch, which is clearly inspired by the cereal.

This smells really good. I was expecting more of a cinnamon roll taste, but it really smells like a cinnamon cereal coated in sugar.

I used the Wotofo Chieftain at 90 watts with the Goon 1.5 RDA on top, dual clapton coils built at 0.26 ohms.

This. is. good. I was not expecting it to taste this good. This tastes so much like cinnamon toast crunch. It’s on point. It tastes exactly like it smells, like those little toasted squares covered in cinnamon and sugar. Wow. It’s not just a sweetener taste but actually tastes like sugary cereal. That’s good. Really smooth too.