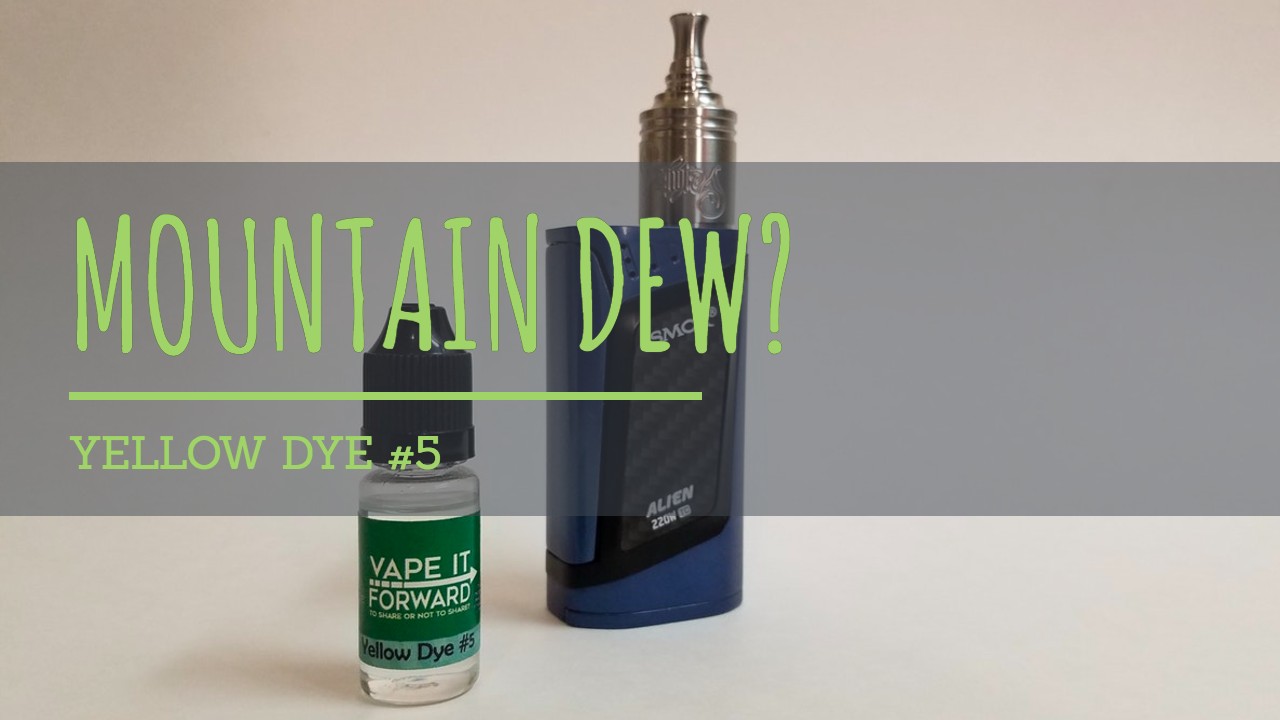 VapeWild’s Yellow Dye #5 was given to me by one of my subscribers, Scott. As you can see from the video, the label says “Vape It Forward”, and being the cool guy that he is, Scott did just that. So thanks, Scott! And Vape Wild is really cool about sending free flavors like this in their orders, in case you’re wondering what that’s about.

VapeWild’s description for this e-juice says:

If you didn’t know, Yellow Dye No. 5, also known as tartrazine, is the synthetic food dye that makes Mountain Dew look neon green. So Mountain Dew is the flavor they’re going for here but I’ve seen some people say it tastes like Sprite.

For this review, I used the CSMNT RDA built at 0.29 ohms on top of the Smok Alien at 80 watts.

The very first hit I took I could immediately tell that it was a Mountain Dew flavor. The Mountain Dew taste seems to die down a little bit after a couple of drags, then it starts to taste a little bit more like Sprite. At the end of the exhale it has a little a bit of a strange aftertaste.

It’s a pretty good creation by VapeWild. If it didn’t have that strange aftertaste I think it would be nearly perfect. Still, not a bad flavor.

If you’re interested in Yellow Dye #5, you can get it from VapeWild.com in nicotine strengths of anywhere between 0 through 12mg of nicotine. You can also get various VG / PG ratios and bottles sizes. A 10ml bottle costs $2.99 a 30ml 6.99 and they have several other larger sizes.