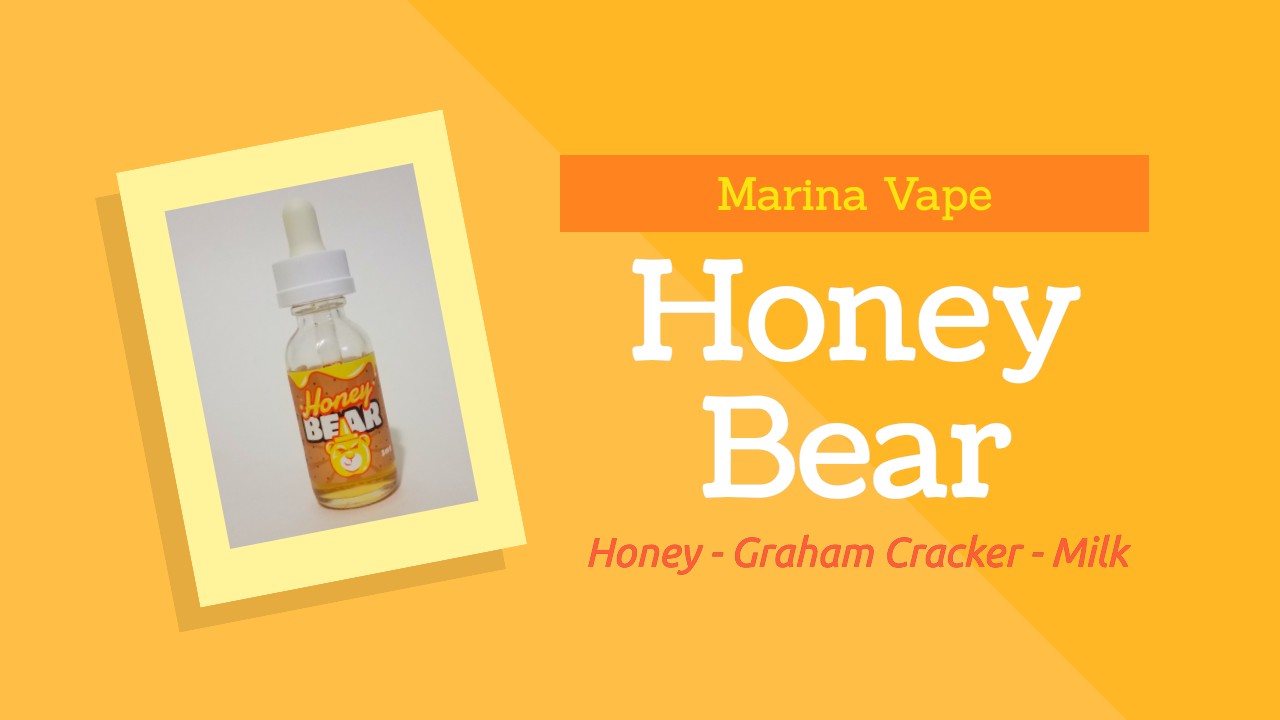 Marina Vape gave this to me at a conference I attended last year for the purpose of review. This bottle has 3mg nicotine.

I’ll be honest, I was a little worried about this one. I always hear people saying that honey flavors are disgusting. Not Honey Bear specifically, just honey e-liquids in general. So we’ll see.

I don’t get any of the flavors out of the smell. It simply smells like sweetener.

I tested this on the Predator 228 mod with the Caterpillar RDA built at 0.21 ohms at 70 watts. I also tested this using the Goon RDA.

In both devices, Honey Bear tastes only like sweetener. I might get a hint of honey when using the Goon, but I’m not completely sure. I don’t get graham crackers, honey, or milk.

I’ve seen other reviews on this one from people saying they love it and these people say that they can taste graham crackers, so maybe it’s just me.

If you’re interested in this, I’m finding this on various stores online for around $14 for a 30 ml bottle. The price is a little steep, but not too crazy.