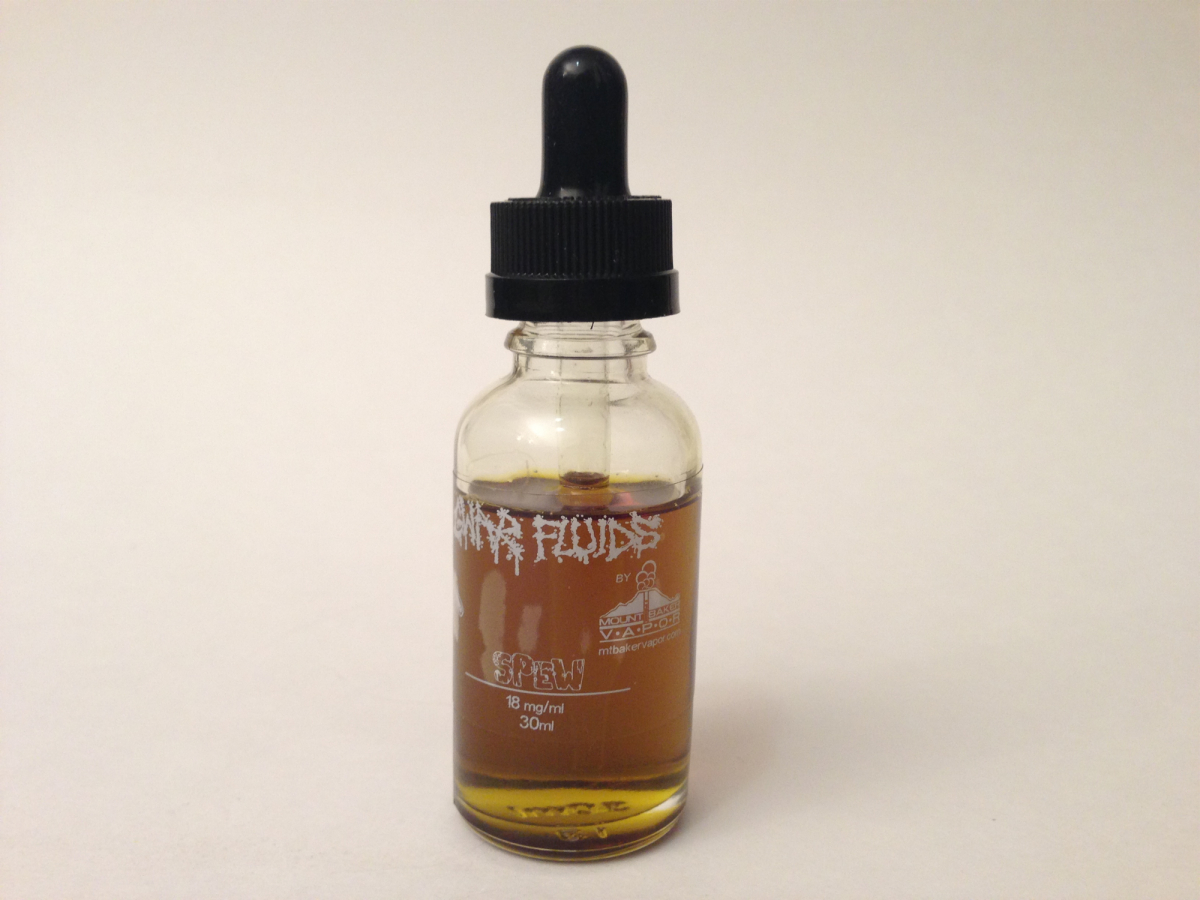 Electric Tobacconist reached out to me to do a review for any e-liquid they sell and the GWAR line looked the most interesting so I told them to surprise me with anything from that line. They sent SPEW. Yum!

Ok, first just to give you a quick look at Electric Tobacconist. They serve both the US and the UK and have been around since 2013. They have a great price match guarantee, so if you find a product they sell on another website for cheaper, they’ll match it and give you 10% off.

If you look around their website you’ll see that they cater more towards beginners. Nothing wrong with that! I think it’s good that people can buy from a store where they can pick something up that’s at their level. Electric Tobacconist sells a few different cigalikes and cartomizers from brands like FIN, Blu, and V2. They don’t have a whole lot of advanced gear, but they do sell a few different variable voltage mods and some basic tanks.

They currently carry 7 different brands of e-liquid, including a couple of popular names like Mt. Baker Vapor, NJOY, and Johnson Creek.

They ship fast and shipping is free if the order is over $30. My order got to me in three days.

Ok, on to the review!

The Quick Story Behind GWAR E-Liquids

GWAR E-Juice is a unique line of e-liquids from Mt. Baker Vapor. GWAR actually partnered with Mt. Baker Vapor to produce this line of e-liquids. How awesome is that!? In a press release from GWAR, GWAR’s bass player, Beefcake the Mighty said they only use freshly squeezed babies to give it that personal GWAR touch and that he has even given up crack to vape these flavors full time.

Description: Melon with hints of mixed fruits and berries

There must have been a mixup somewhere in communication between Electric Tobacconist and their marketing agency because they sent me a bottle of Spew with 18mg of nicotine. I asked for 6mg. That’s quite a difference. I went ahead with the review anyway.

Spew smells great. It smells like juicy watermelon bubblegum. When I open up my vape cabinet, I can smell it right away and it makes want to vape it. If it was 6mg, I would!

Spew comes in a nice glass bottle with a funny GWAR-esque label featuring a man with an axe in his head and his eye’s popping out.

I tried this in two setups:

Kanger Subtank Plus, 0.8 ohm coil on the iStick 50w: I forgot to saturate the cotton before taking a hit and got a bad dry hit. You’ll see that in the video 😉 – but after re-wicking and assembling the tank properly, I couldn’t really take much of a hit in the Subtank because the throat hit was too strong. My throat got used it towards the end of the review and I could take more flavorful mouth-to-lung hits. The flavor is pretty good in a tank.

Mutation X V3 RDA, dual coil, 0.59 ohms on the Smok X Cube II: People always say that you should use no more than 3mg nicotine on a dripper. I think this is safe advice, but I don’t agree with it. I like 6mg and sometimes 9mg in my RDAs. But I’ve never done 18mg nicotine until this review. Watch the video to see my reaction. It hit hard! Anyway, I still get a really good watermelon bugglegum taste. It also seemed to have a lot more flavor in the RDA.

What Are Other People Saying?

From what I read online, most people agree that it’s fruity and sweet and that the melon flavor dominates. Some people say it tastes like cantaloupe and honeydew, but I think it tastes more like watermelon.

Despite the few complaints, everyone generally seems to like Spew. Several comments mention how it’s worth a shot simply because it’s so affordable.

Since this bottle has 18mg of nicotine, I decided to dilute it down to a more reasonable nicotine level. My measurements weren’t precise, but I probably got it somewhere around 6mg to 9mg, which is MUCH better.

I grabbed an empty bottle of VapeWild that I just recently finished, cleaned it out and got to mixing.

Here’s are the ratios I used:

Diluting Spew with VG brought the throat hit way down, but it also took away a ton of flavor. The Pomegranate flavoring brought a bunch of flavor back. Pomegranate is not a flavor already in Spew, so it likely changed the flavor a little bit, but it’s a fruit flavor and all I had on hand. It made it so that I can really enjoy this bottle of e-liquid. 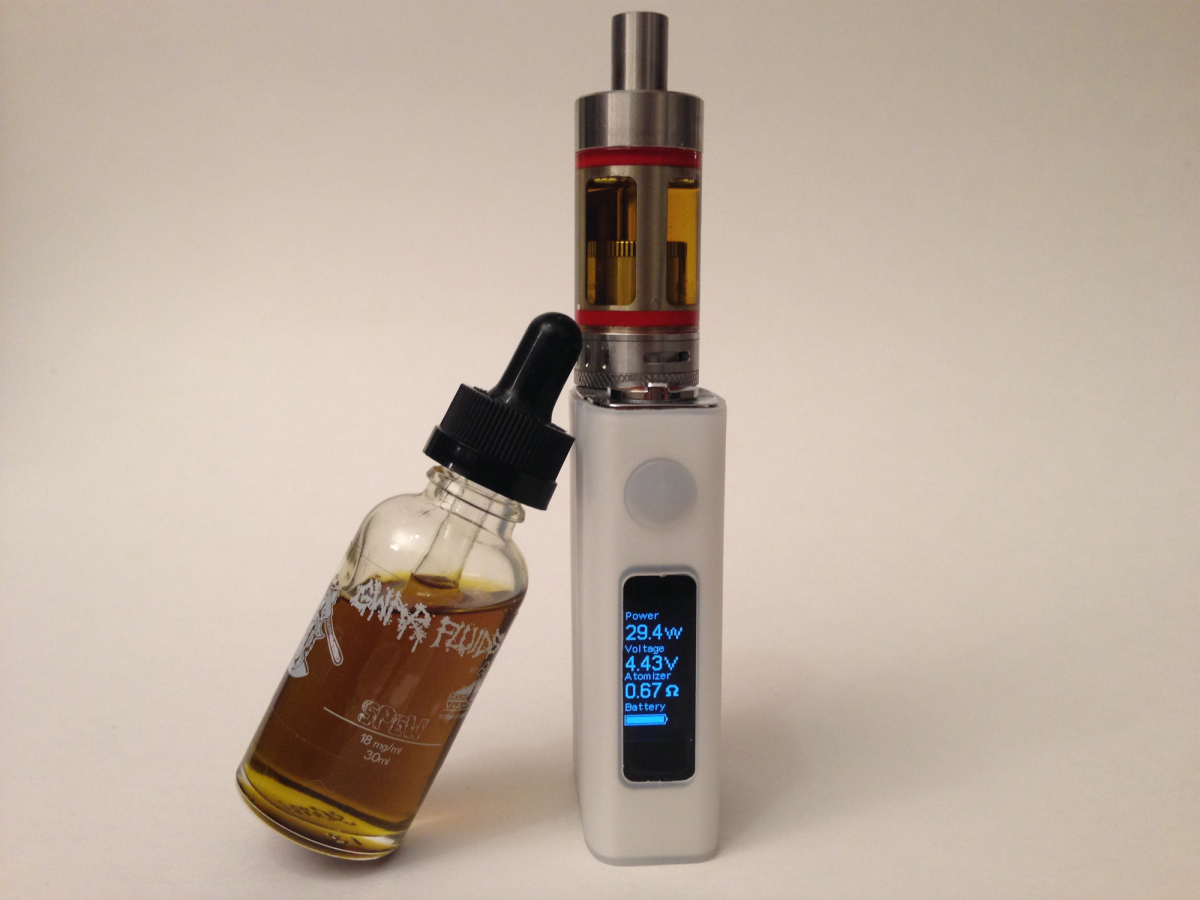 If this bottle was my normal 6mg, I probably would have vaped it all in a couple of days. It smells and tastes so good! I plan to buy this e-juice again and I plan to pick up the other flavors in the GWAR line too. At $10 per 30ml bottle, the price is outstanding. I honestly can’t believe that’s it’s so affordable.

Even at 18mg nicotine, I’ve found myself grabbing my Subtank for a few drags here and there, just because the flavor is so good. And after diluting a bit of it, I can use it comfortably on my dripper. I like this one a lot.