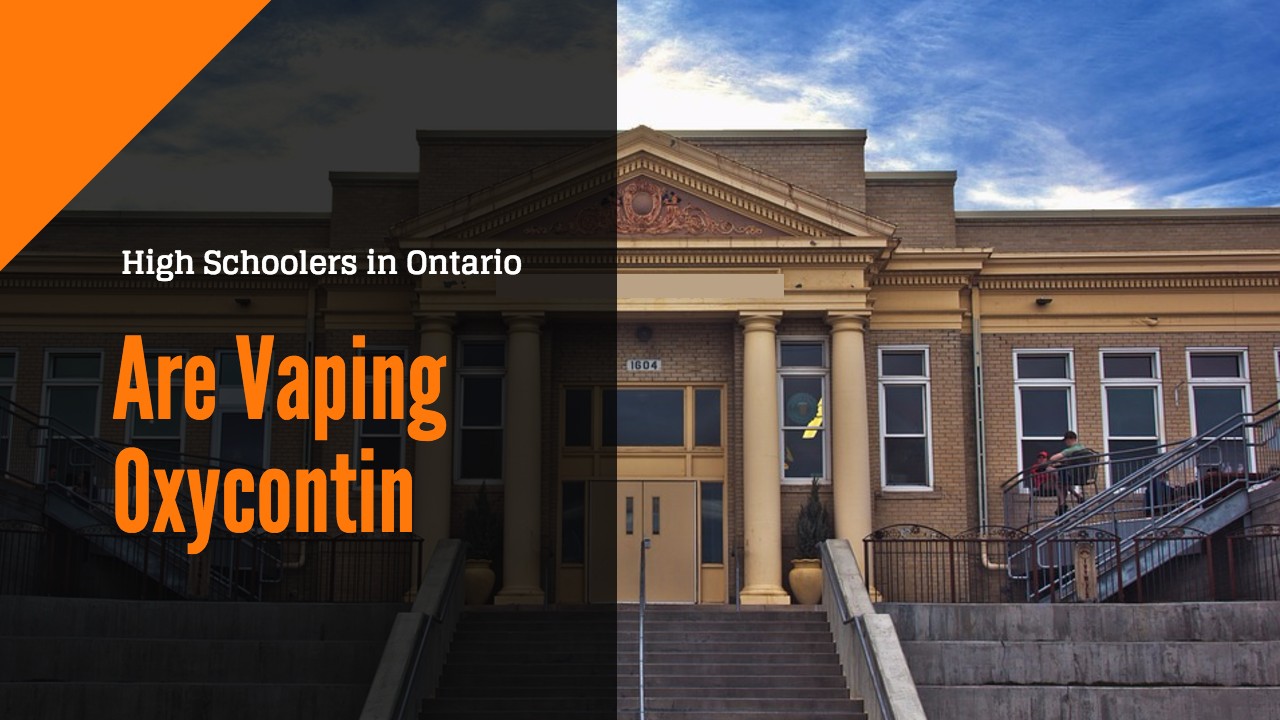 According to Almaguin Highlands High School principal, Donna Breault, students in the Near North District in Ontario are using vaporizers to vape THC e-liquid with crushed oxycontin mixed in.

They are also sharing their devices with groups of people which are causing worries of spreading hepatitis.

According to the school district board chairman, David Thompson, there’s no way for administrators to know what is being vaped, because there’s no smell. So they’ve made the decision to outright ban vaping on school grounds entirely, including vaping in their anti-tobacco free policies.

This is pretty scary. Oxycontin is such a dangerous and highly addictive drug. I’ve known Oxycontin addicts and their lives are not pretty. I would hate to see a young high school destroy their lives so early.

What also scary about inhaling oxycontin is that oxycontin is coated in a plastic polymer substance. That means these kids are inhaling heated particles of plastics.

So with all of that being said, I can see why schools would want to ban vaping if a lot of kids are actually vaping oxycontin in school.

But it sucks to punish the kids who are legitimately using vaping as an alternative to smoking.

So if they don’t ban it, what’s the answer? I really don’t know. If you have thoughts on this, please feel free to share.