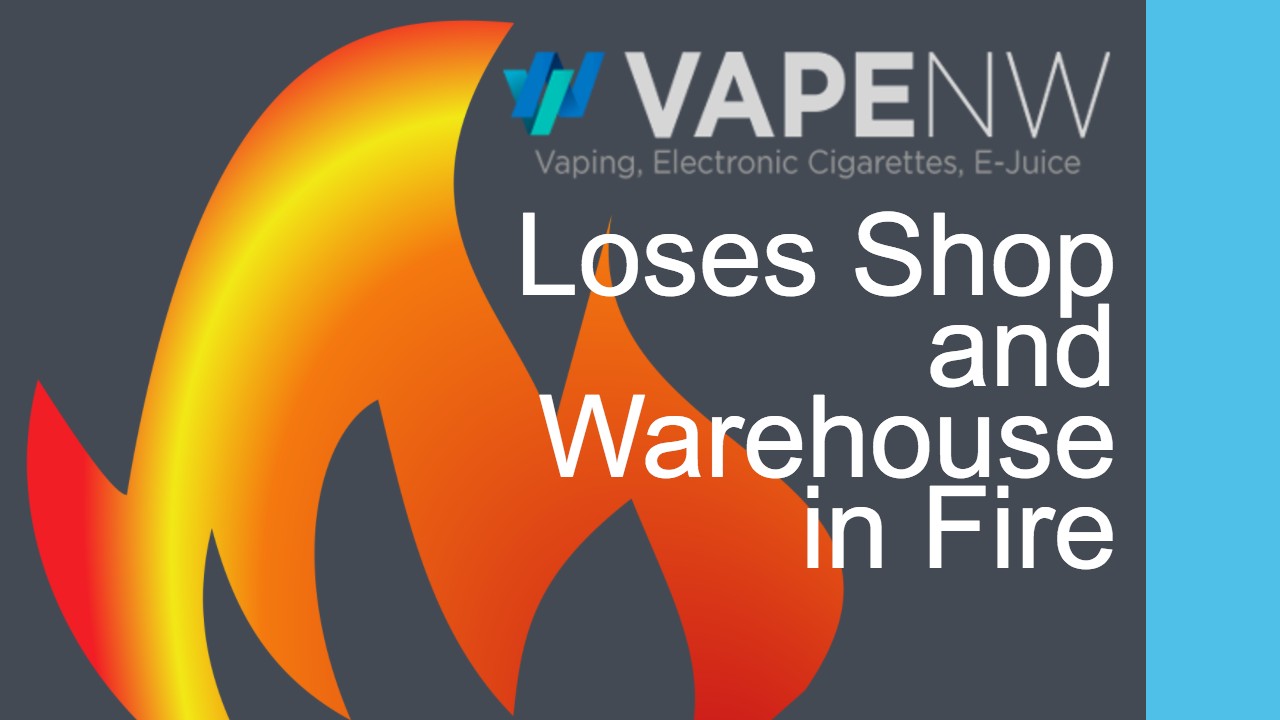 Federal Way, WA vape vendor, VapeNW.com, is now temporarily out of business due to a fire in their building. They are a popular online vendor due to their low prices and fast shipping.

VapeNW was one of 9 businesses located in a strip mall that went up in flames at around 4am on Sunday, May 21st.

A call to report the fire came in around 4:20am with the person saying that smoke was coming out of the coffee shop. Firefighters responded and finally put the fire out around 11am.

The fire department stated that this building did not have a sprinkler system or fire detectors, which is not a requirement because this building was built in the 70’s.

The fire department released a press release stating that they have not been able to determine the case of the fire yet, but that fire patterns indicate that it originated in the northern part of the complex, which looks to me is not where VapeNW was located, but rather where several restaurants were.

VapeNW has stated that it was a total loss. The entire shop and their warehouse burned down, which means all orders that have not yet been shipped will not go out and they are also not able to process any returns or answer Help Desk tickets.

They are refunding all orders and are no longer taking orders online.

Nobody was hurt, but it’s sad news for VapeNW and for their customers. I’ve actually ordered from them several times because they always have really good prices and because they ship so fast. Hopefully they can get this all sorted out and get back in business in a new location soon.