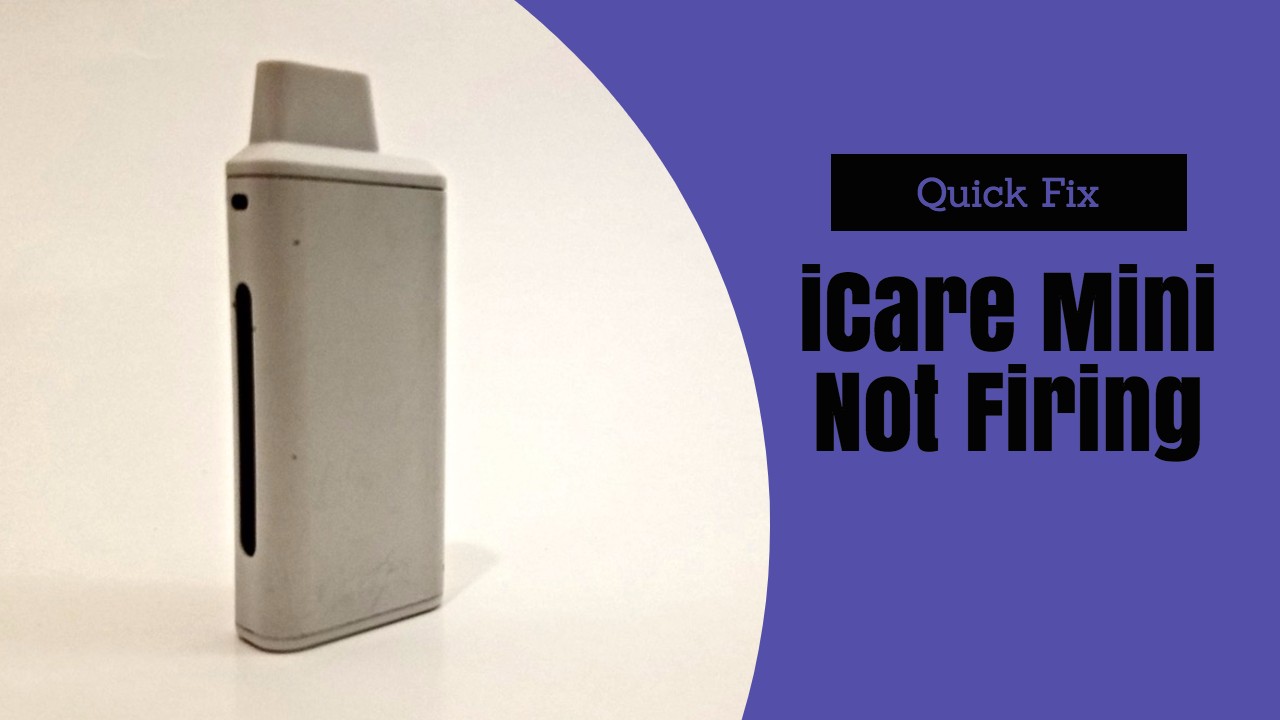 I still take the iCare mini with me to work just about every day. Well, just randomly the iCare stopped working.

The green light lit up, but it acted like the battery was completely dead. I put it on the charger anyway and it charged all the way up but when I took a hit, the green light would still light up, but it wouldn’t actually fire.

I thought it was done for at this point, but I looked around online and found that people were saying that sometimes the coils don’t connect properly. I haven’t changed the coil in a while and it was working just fine the other day, so I didn’t think that would be the problem.

I haven’t had the iCare mini for long, so it sucks that it’s having issues like this, but if you own one and have problems with it, hopefully, those tips will fix it.