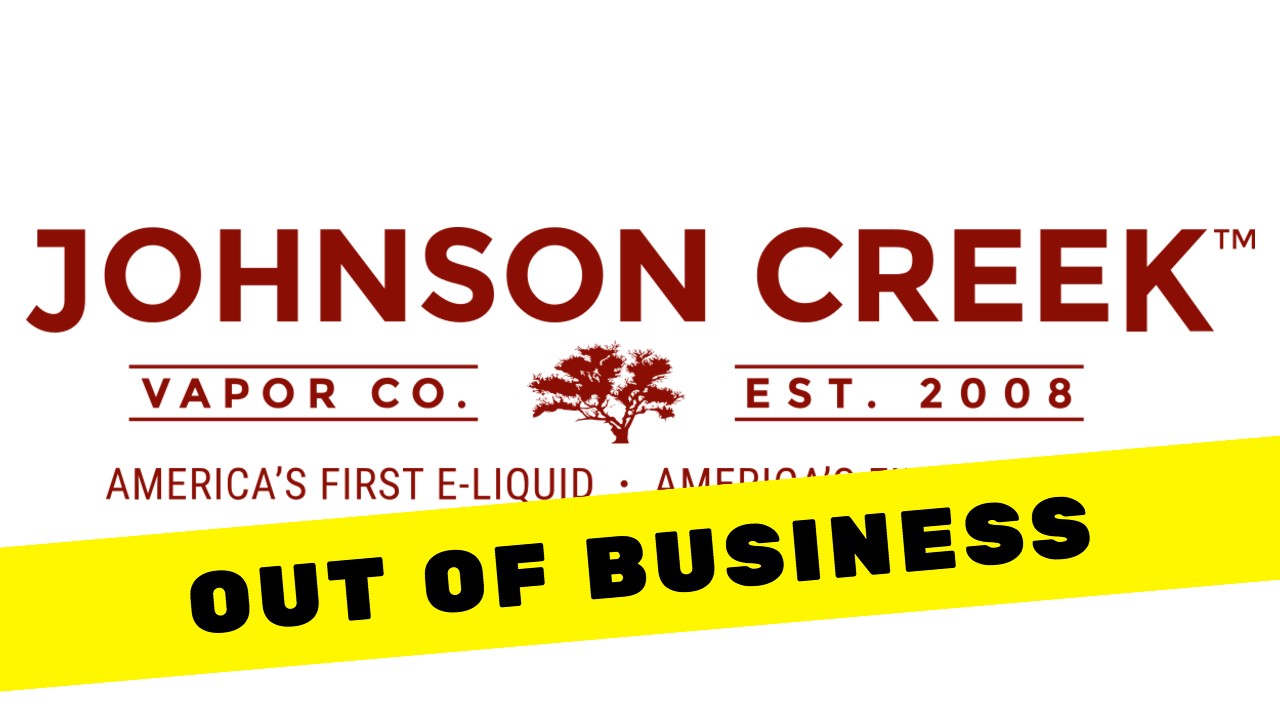 On October 9th, Johnson Creek announced via a blog post that they were going out of business. They left pretty much no time for questions and shut down the following day, on October 10th.

Johnson Creek has been a small business in Wisconsin for nine years. They were known as the first and longest-running e-juice company in the U.S. and have done very well over the last near decade. They’ve made e-juice for Blu e-cigs, Real, and many other companies.

In 2014, Republic Tobacco, the owners of the Zig Zag brand, purchased 50% of Johnson Creek in order to increase production by 20x, according to Johnson Creek’s owner Christian Berkey. In 2013 they brought in $16 million in revenue and expected $25 million in 2014.

This was right around the time when vaping started to get big. I’m just speculating here, but as thousands of e-juice companies came onto the market between 2015 and today, I imagine that Johnson Creek found themselves struggling to meet revenue goals. Aside from the veteran vapers, how many people today have even tried Johnson Creek e-juice, let alone heard of them? But I don’t know if that’s the real reason for Johnson Creek shutting down.

You might also remember that earlier this year, the local government of the Village of Hartland, where Johnson Creek was located, supported Johnson Creek in trying to save their business from being forced out business by the recent FDA regulations. Johnson Creek asked for the city’s support after realizing that they would never be able to afford the cost of submitting PMTA’s to the FDA for every variation of e-juice they made. They brought in a lot of money for the city and they also supported many jobs, so the local government decided that they wanted to do what they could to keep them around.

The idea was that they could argue against the regulations using a federal law that says local governments are allowed to interfere with federal regulations when they negatively impact local businesses. It sounded promising, but maybe it just wasn’t enough.

In their farewell letter, the CEO of Johnson Creek, Heidi Braun, said that they hope to come out of bankruptcy and come back to make and sell vape products again but they haven’t figured out if that’s possible yet. It’s sad to see another large vape company die and to have all of those people lose their jobs, but hopefully, they can get back on their feet and start again.