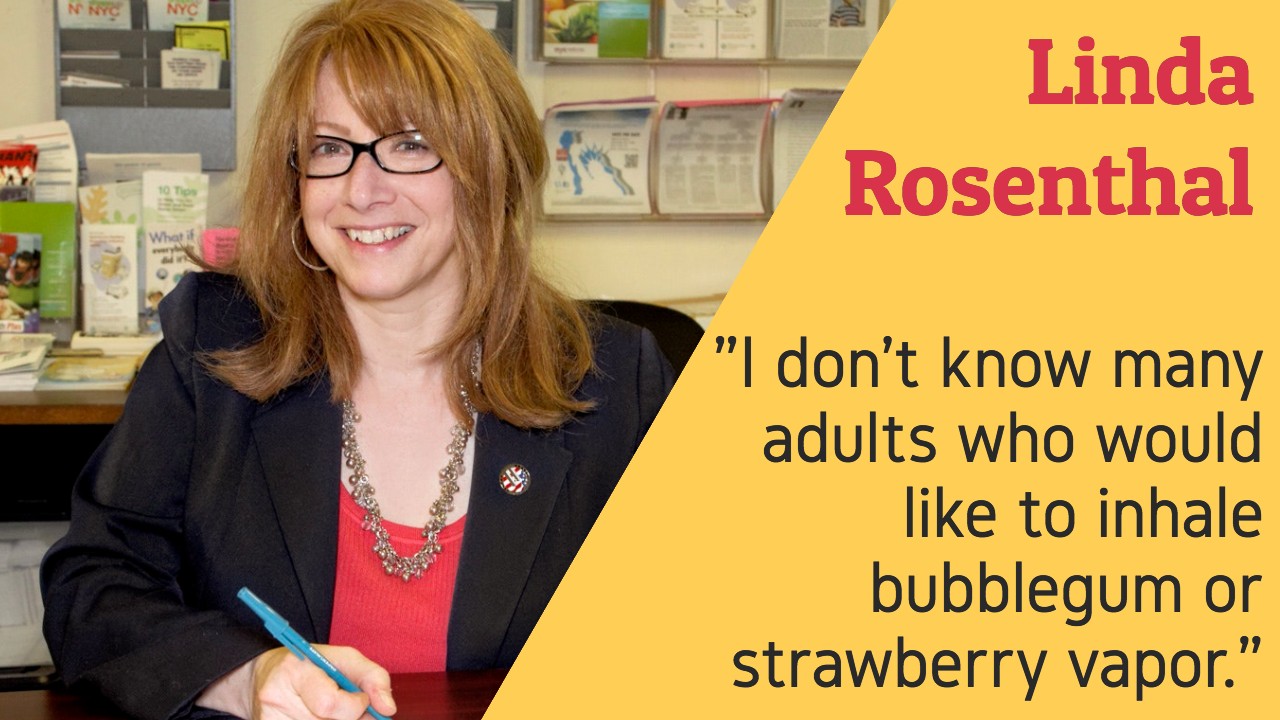 New York politicians are at it again. A state lawmaker in Manhattan wants to ban flavored e-juices. This person is Linda Rosenthal a Democrat assemblywoman. She introduced a bill last month in September to ban the sale of flavored e-juice throughout the entire state of New York.

Her claims are that flavors attract kids to tobacco and accordingly, she was quoted as saying “I don’t know many adults who would like to inhale bubblegum or strawberry vapor”. So obviously she doesn’t know anyone who vapes because just about every single vaper you’ll ever meet will tell you that one of the things they love most about vaping is the flavors.

And as expected, several anti-vape groups have come out in support of Rosenthal saying that flavors are enticing kids into using electronic cigarettes, which they wrongly equate to tobacco, but also making claims that vaping is a gateway to smoking, which we also know is not true.

NY State’s Government Relations Director for American Cancer Society Cancer Action Network, Julie Hart has also come out in support of the ban by saying that “sweet products have fueled the popularity of e-cigarette’s to kids” and “chocolate, gummy bear, cotton candy, cookies and cream – these are all things that are enticing to kids”

Now, I’m not going to deny that youth might see flavors like this and think that would probably taste good, but we also have to consider that it’s the flavors that are saving millions of smokers from dying from premature death. And that vaping is multitudes safer than smoking. Wouldn’t we rather youth pick up vaping rather than smoking. And of course these politicians say they worry about vaping being a gateway to smoking, but for whatever reason, they choose to ignore the many studies that have proven that theory false.

I really don’t understand what the deal is with these politicians. Do they really not know that there are studies proving their beliefs wrong or do they have an agenda in mind. If they have an agenda, how can they go to sleep at night knowing that they are harming public health for the benefit of themselves? It’s disgusting.

I also wonder how far they would go in regulating flavors because all e-juice is made with flavors, even tobacco-flavored e-juices. If a ban like this were to pass, vaping could be banned entirely from New York. The bill hasn’t gone to the Senate yet and hopefully, it doesn’t make it that far.