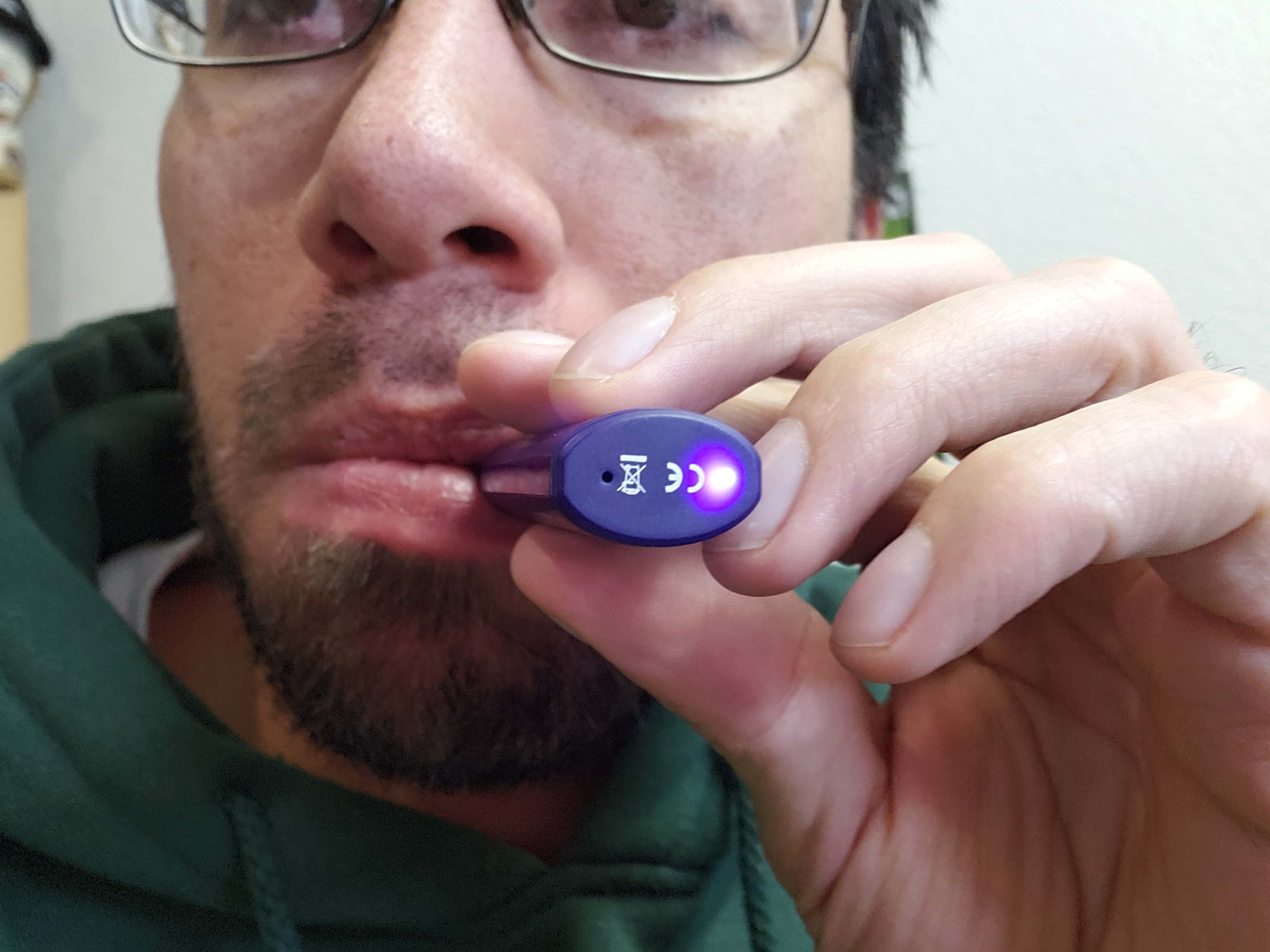 The Liip disposable vape was sent to me for review from BuyBest.com. This is a tiny disposable device that comes in packs of three for around $20-$25 dollars. There are also some very interesting things to say about this one. Normally there’s not a lot to say about the brand, but what I found interesting about this is that it’s created by Digiflavor, but they are marketing it completely away from the Digiflavor brand. The Liip device is nowhere to be found on the Digiflavor website and the Liipod.com website doesn’t mention anything about Digiflavor. But all of the vendors are calling it the Digiflavor Liipod and the tamper-proof stickers on the box are from Digiflavor, so it must be theirs. I just thought it was strange that Digiflavor didn’t want to use their brand to help promote it. I don’t know where the e-juice comes from or who makes it. I would have liked for Digiflavor to tell us that, but anyway.

Ok, now there are some really important things to understand about each flavor of the Liip device. First, the tobacco flavor has a nicotine strength of 4.8%, which is 48mg, so it’s strong. Not stronger than most other pod vapes on the market, but worth noting

The Berry and Orange flavors are 3.6% nicotine or 38mg, so it’s a little weaker than the tobacco. I think that’s important because some people want higher nic and some want lower. Now here’s something really interesting. The Reddy flavor, which I have no idea what it’s supposed to taste like, is a zero-nicotine e-juice. Not only that, but it has some sort of other ingredients in it designed to create some sort of euphoria. There might be some bad translation on the Liipod website, but they claim that after using Reddy, the temperature of your ears and face will raise, you will have short-term flushed complexion your throat will tighten, and your heart will beat faster. That lasts for about 10 seconds, then you will feel extremely relaxed.

They claim that testing performed by the national authority branch has proven that all ingredients in their formula are from natural plants and are food-grade quality. They also have a warning that it shouldn’t be used more than once per day, that you shouldn’t use it when working or driving, and that expecting mothers should not use it.

It sounds really interesting, but I don’t know who the national authority branch is, what ingredients are in here, and there’s no documentation on the site. So I just wanted to mention all of that about the Reddy flavor. Flavor – the flavor is good for a pre-filled high-nic device. It’s a basic berry flavor that reminds me of the NJOY Daily Bue and BlackBerry flavor. It’s a decently strong flavor too. Hit after hit and I don’t get any flavor fatigue.

Draw – the draw is really tight which is perfect for a device like this. When a device is designed and marketed for smokers, it needs to be as restricted as a cigarette, and this one is. I really like the draw on the Liip.

Comfort – It’s comfortable to use, but you have to be careful about how you hold it because it’s so short and the airflow hole is on the bottom. If your finger rests on the bottom you might plug the airflow hole near the led light which could cause it to flood. I accidentally cover up the hole all the time, so that’s a bit of a drawback.

LED Light – and the last thing is the LED light. You’ll see that it lights up when you take a hit. That’s about it.

The first device I opened was auto-firing on me right out of the package. When I took a hit, it would continue firing until the 10-second safety limit kicked in. I’m really glad that these have a time limit for that purpose.

Something definitely went wrong with that one because it was covered in e-juice when I opened the package, so maybe it was damaged during the shipping process. It seemed to me like it was extremely flooded, so maybe there’s an e-juice tank inside the device that broke.

The second device I used worked great for a while, but then it started to auto-fire too. Not for the full 10 seconds, but maybe 3-4 seconds after taking a hit. So there’s something going on with these that are causing pressure to build up inside.

Auto-firing seems to be a recurring problem with a lot of draw-activated devices. If you get some air pressure or e-juice buildup somewhere within the system, the device thinks there is suction and it can auto fire. On the device that I had problems with, the auto-firing stopped after the 10-second cutoff, but you might not so lucky. What if it cuts off and then starts up again. As long as there’s e-juice in there, you should be fine, but it could start burning if the e-juice is low.

I don’t know how much BuyBest is selling them before because they don’t have them up for sale yet, but the cheapest I’ve seen them online is for around $20 to $25 for a three pack. Ok, so that’s the Liip disposable device. As you’d expect there are a few cons, for example, it’s a little pricey and it’s easy to accidentally block the airflow. But the biggest con for me is the auto-firing issues I had and I’d say that’s a pretty big con of the device. It’s nice that there’s a 10-second safety limit because that probably prevents most dangers, but it would really suck to buy these for $25 and have one or even all of them that doesn’t work. That’s like throwing away money.

As for the pros of the Liip, there are some good things too. It’s super small and lightweight which I really like. The flavor is good and strong enough to come through the high-nicotine for every hit. And it has a very tight draw, which is great for smokers and for people who like mouth-to-lung hits.