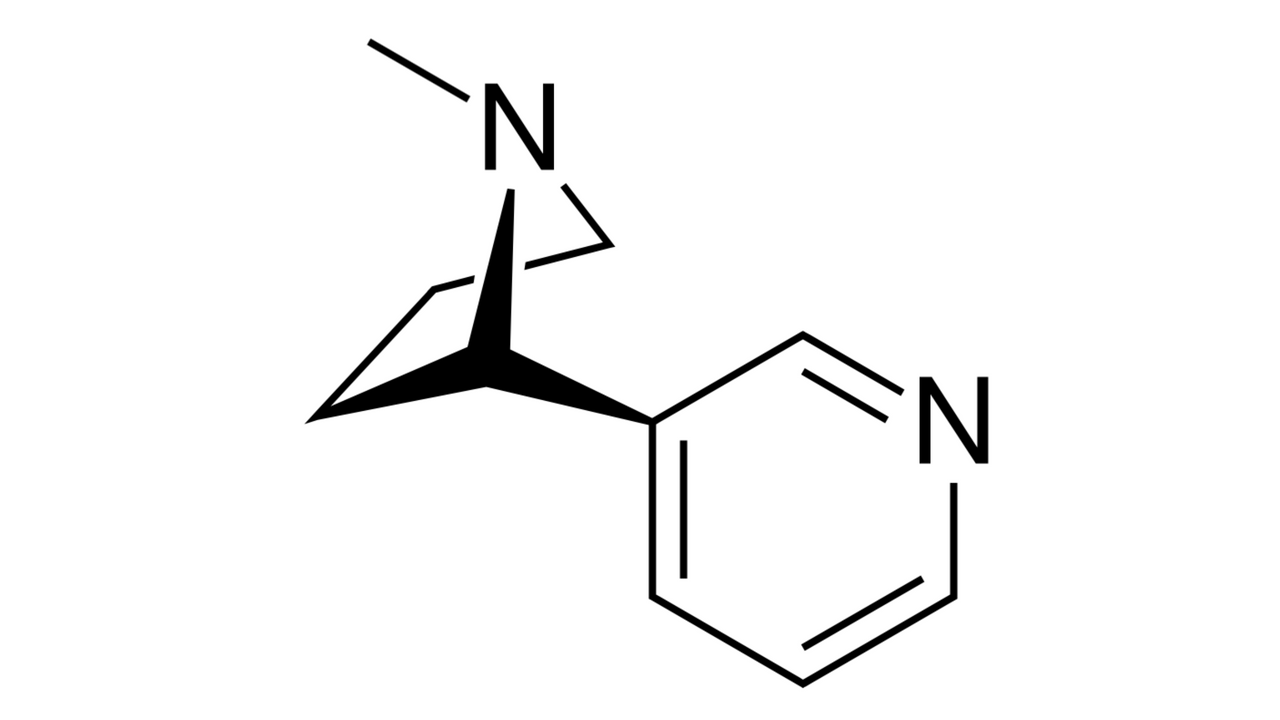 A product that a lot of DIY’ers have been talking about lately are nicotine salts. This is basically a crystallized version of nicotine that come already dissolved in VG and PG solutions. Let’s talk about the differences between nicotine salts and freebase nicotine (the nicotine most e-liquids contain)

Preface: I want to point out that I do not have a background in chemistry but I love to do research, which is what I’ve done here. I’m going to do my best to provide accurate information. If I’ve gotten anything wrong, please let me know and I’ll make corrections.

Normally what DIY’ers and e-juice manufacturers use is a free compound version of nicotine, or a freebase.

Freebase sounds bad because it’s often associated with the word “freebase cocaine,” but freebase only means that it’s in its purest form.

Nicotine itself is a base and is not very potent in the body until protons are removed. Nicotine absorbs protons which results in the nicotine molecules becoming ions. Ions don’t move across organic membranes very well so they are less likely to affect the body. For nicotine to become potent, it needs to be de-protonated, or converted into a “freebase” form.

In order to de-protonate nicotine, companies add another base, ammonia, which is negatively charged and strips away protons. Liquid ammonia also separates the nicotine from the salts which allows it to be extracted with steam. This process turns nicotine into a freebase and allows it to become more bioavailable to the lungs, brain, and central nervous system.

Researchers have found that freebase nicotine is the most optimal version of nicotine. It allows it to bind to the nicotine receptors in the brain and the rest of the body, which is believed to make it more addictive because it will be more concentrated at the receptors.

Nicotine salt is a much more stable compound than freebase, but less volatile. Salts requires more heat to volatilize to allow it to be inhaled, which is considered to be a less efficient delivery system.

Nicotine salts have also been reported to have much smoother throat hit when compared to freebase nicotine, which allows users to use higher levels of nicotine more comfortably.

A good example of this in action is with the e-juice formulated by Juul. Juul uses nicotine salts derived from the tobacco leaf. Because nicotine salts aren’t absorbed by the body as well as freebase nicotine, Juul adds benzoic acid to their formula, which helps to degrade the nicotine during the heating process. This makes it better absorbed but still retains the smooth throat hit. Their e-juice nicotine strength is 59mg per ml, but due to the lower wattage of their device and the smoother throat hit of salts, the throat hit won’t feel anything like 59mg nicotine. The user will still get a quick and very strong nicotine buzz though. Juul claims that their formula results a similar satisfaction someone would get from a cigarette.

Juul has produced a chart showing how their formula results in a very similar blood nicotine level per time after first puff as tobacco cigarettes do. The big question of the day; are all nicotine salt liquids that we as vapers can buy work the same as Juul’s formula with benzoic acid?

Juul owns the patent on this formula which might make it difficult for anyone to reproduce, but some companies are now producing nicotine salt liquids. NudeNicotine.com for example, has three formulas of liquid nicotine made with salts.

It’s hard to say if their formulas work as well as Juul’s.

Should You Use Nicotine Salts?

Dmitris of SmokeFreeRadio was recently on a live show on YouTube where he was asked his opinion on nicotine salts. He said that he has absolutely no interest in using it because he doesn’t want to be a guinea pig. He also feels totally comfortable using the same liquid nicotine that we’ve been using safely for years, so why change?

Well, from what I’ve seen in the research, there doesn’t seem to be any reason to believe that nicotine salts are any more or less safe than freebase nicotine. The only major difference that you might notice is that it will react more quickly or slowly depending on the formula.

I personally wasn’t at all interested in trying nicotine salts, but after doing the research, I would actually like to pick some up eventually and do some DIY with it.