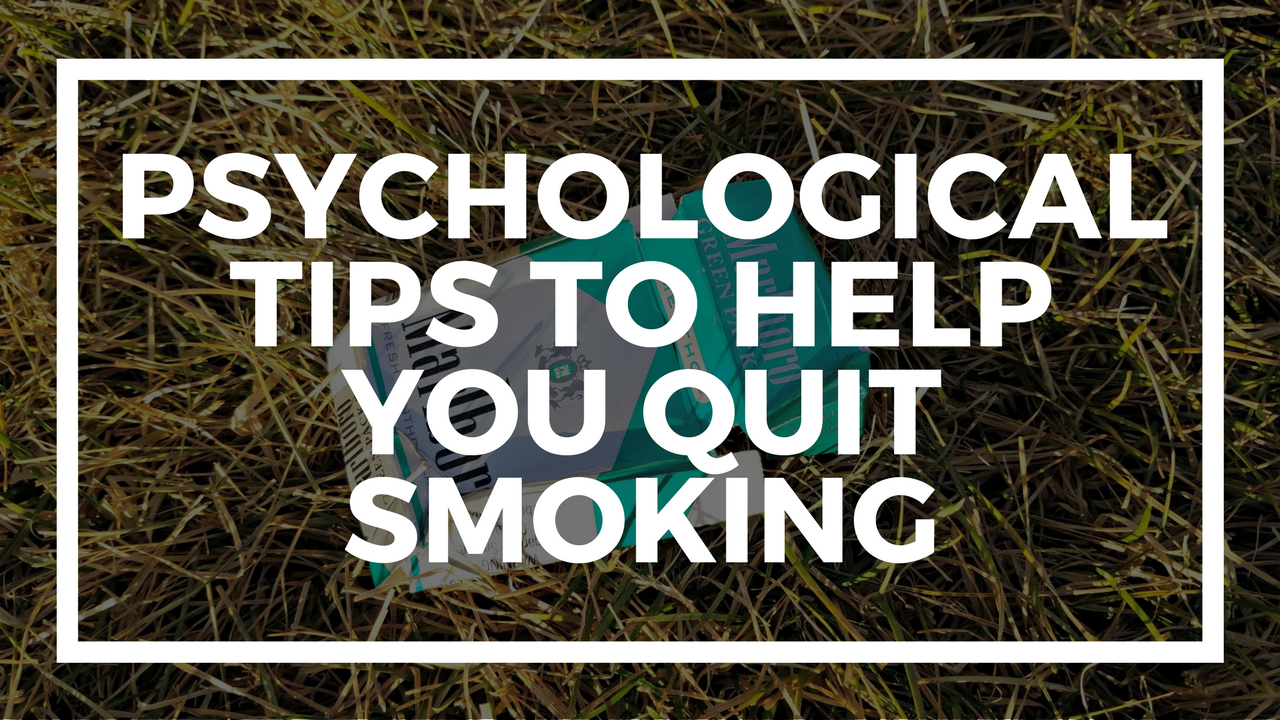 No matter which group you’re in, these tips might help you or a loved one to eventually quit smoking.

Learn The Pros and Cons of Quitting

One of the first things you can do to help you start the difficult task of quitting smoking is to learn about the benefits and drawbacks of quitting.

You know that quitting smoking has many benefits, such as that:

There are also some drawbacks to quitting:

Knowing the full extent of your habit will really let it sink in and will also let you fully prepare for what’s in store for you when you quit.

Figure Out What Triggers You

All smokers have triggers that lead them to smoke. These can be both physical and psychological triggers, for example, stress from work, social anxiety, driving, eating, drinking coffee, and so on.

Obviously there are triggers you can’t avoid, such as waking up, driving, or going to sleep. In these cases, you need to disconnect the habit of smoking with these triggers. Before quitting fully, you can try to avoid smoking during these times to slowly work towards distancing the habit from the trigger.

Your mind has been conditioned to expect the reward of nicotine during certain triggers. When your mind stops receiving its reward, it will begin to rewire itself to no longer expect it. It’ll be hard for a while, but these triggers will go away.

When you’re struggling with a trigger, try taking deep breaths. Or distract yourself by counting to 100 or by going through the ABCs in your mind while picturing something for each letter of the alphabet.

The sights and smell of cigarettes or smoke can also trigger your desire to smoke. The smell on your clothes, the smoke wafting through the air from the smoking section at work, and even seeing a lighter sitting on the counter can all set off a trigger.

Think of every trigger possible and do your best to eliminate or avoid it. Wash all of your clothes to get rid of the smell, throw away your cigarettes, lighters and ashtrays, walk the long way around smoking sections at work, and stay away from other smokers.

A lot of people feel like quitting smoking is something they need to do on their own but evidence shows that getting support anywhere you can is more likely to result in quitting. Talk to friends and family members about your desire to quit. Try to get close friends to quit with you or ask them not to smoke around you. If you need to, stop spending time with smoking friends, at least temporarily in the early stages of quitting while your desire to smoke is the strongest.

Research has also shown that counseling greatly increases the likelihood of quitting smoking. I know counseling seems silly or even embarrassing to a lot of people, but it works. If you’re serious about quitting, consider giving it a try.

Challenge and Reward Yourself

One of the biggest psychological challenges of quitting smoking is thinking that you have to quit entirely right from the get-go. Instead consider setting a realistic goal. Maybe quit for a couple hours per day when you’d normally smoke, then move towards quitting for a day or two at a time.

You can celebrate the small victories and keep challenging yourself to go bigger.

With each big victory, you can also reward yourself. For example, for the first time you don’t smoke for a full day, buy yourself something special, like a fudge brownie. Make it something you’re really looking forward to. If you fail the challenge, you don’t get the reward, but you can always keep trying.

If you go a full month, put the money that you saved by not smoking towards a nice gift for yourself. Many people are pack-a-day smokers. That’s about $150 per month depending on where you live. That could be a pretty awesome gift to yourself at the end of the month.

Use a Nicotine Replacement Product

I realize that there are people who are not fans of pharmaceuticals. I can understand that after hearing some of the horror stories people share online about products like Chantix. But it does work for some people. It worked for my mom actually, who smoked for about 40 years. So you shouldn’t rule it out entirely if you’ve never used it.

Nicotine replacements like gum, lozenges and the patch are also great aids in helping you stay away from tobacco.

We also know from thousands of personal stories from vapers that vaping can work to help you quit smoking. It worked for me. I haven’t smoked a cigarette since 2010. Vaping is the closest you’ll get to the sensation of a real cigarette and for some people, this is exactly what they need to quit. You can start at a high milligram nicotine and work your way down to zero until eventually quitting entirely.

No matter which method you take to quit, if one fails, try another. You never know which one might work best for you.

People who have bad habits often need to replace their former habits with new ones. A lot of times you’ll hear about former drug addicts or alcoholics discovering that exercise fills the void they are missing from drug use.

Try to find a healthy habit, like running, weight lifting, or cooking healthy meals. Keeping your hands busy can also help, for example you can try taking up drawing, painting, knitting, woodwork, or some other hands-on activity you’re interested in.

When people quit smoking, they often feel the need to keep something in their mouth to satisfy an oral fixation.

There are many things you can try:

The one thing to be cautious of is that many quitters try to solve their oral fixation by eating foods, which can cause weight gain. If you’re worried about that, try something healthy that won’t result in gaining weight.

There’s No Better Time Than Now

It’s said that it can take up to 72 hours for peak withdrawal from smoking. The first 3 days are going to be the hardest and these are the days you’ll need to prepare the most for.

As a smoker you know this isn’t easy and there is a high percentage of a relapse. Don’t worry, it happens. The simple fact that you’ve been able to quit temporarily shows that you can keep doing it again and again, while each time quitting for longer periods of time.