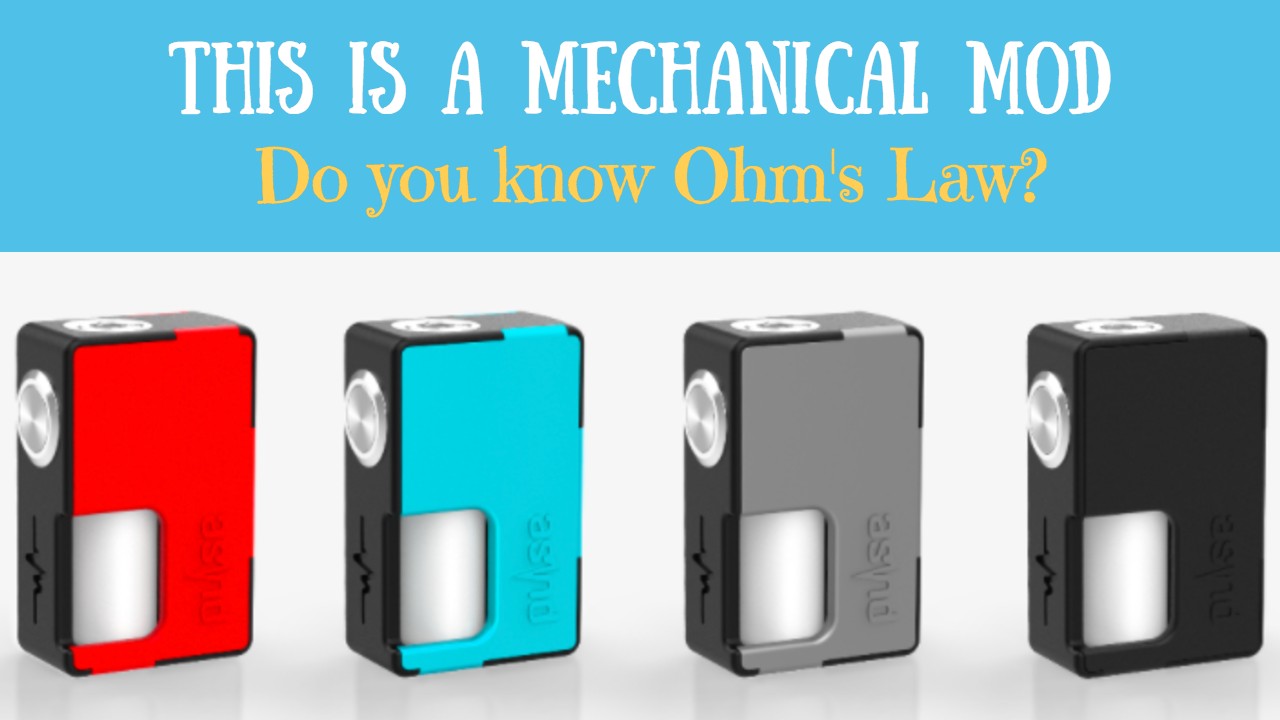 It seems like squonking has really taken off within the last year and even more so in just the last several months. If you’re not familiar with squonking, it requires a device that has a squeeze bottle inside of it with a tube leading up to the 510 pin. You also need a special squonking RDA, which has a hole in the 510 so that you can push e-juice up into the atomizer.

Squonking is awesome. If you haven’t tried it, and you like using RDAs, you should. It basically gives you the ability to use an RDA without having to constantly drip. Instead, you just push e-juice into the RDA from the squonk bottle. It makes using an RDA on-the-go much simpler.

With the popularity of squonking rising, Tony B. of the Vapor Trail Channel on YouTube partnered with Vandy Vape to create the pulse 22 and pulse 24 BF RDAs. These are bottom fed RDAs designed especially for squonking. The Pulse RDA was released in May 2017 and it took only a few months for Tony to follow it up with a squonking device to go with it.

Tony worked with Vandy Vape to create a stylish squonk mod at an affordable price. it has a locking safety switch, an 8ml silicone bottle, replaceable panels so that you can easily change the designs, and it can use either a 18650 battery or a 20700 battery. It’s on presale right now for $39.99 and is expected to ship in mid-October.

It looks awesome and I fully intend to buy one eventually, but this article isn’t just to talk about a cool new device. I also wanted to talk about this mod because some people don’t realize that this is a mechanical mod.

That means no safety features and the user needs to understand Ohm’s law before using it.

I’ve seen posts all over YouTube, Facebook, and online forums with people saying they’ve pre-ordered it and many of these people are clearly beginners who don’t realize that this device is for advanced vapers. And that’s because Tony B. caters to a very big audience on YouTube, including beginner vapers.

This is a fully mechanical box mod, with only one battery and no MOSFET. One battery means that you can’t build your atomizers as low as you could with two batteries (if in parallel, rather than series). If you don’t have experience with mech mods or Ohm’s law, you need to educate yourself before jumping in.

If you have a battery that is rated for 30 amps, which according to Mooch are only the LG HB6, LG HB4, and LG HB2, you can build as low as 0.15 ohms to draw 28amps. That’s pushing it. And that’s pretty low to be fair, which most people probably won’t even come close to.

But if you build at 0.1, you would draw 42 amps. Just a half of an ohm and you’ve exceeded the limits of the battery. That’s the difference of only one or two wraps on your coils. And it’s not easy to build your atomizer that specific of a resistance, not to mention that your Ohm reader would need to be extremely accurate, which basically none are. Your ohm reader might say 0.15, but what if it’s actually 0.12?

There are a lot of people who say things like “I push my batteries harder than that and nothing has ever happened to me.” Well, that’s an anecdote. It doesn’t mean that it’s safe. Sure, nothing bad might happen, but over time, that kind of stress can eventually lead to battery failure.

My examples are using a high-quality 30amp battery. A lot of people actually use batteries rated at 25 amps or less like the Sony VTC5’s, Samsung 30q’s, and so on, which are also fine for mech mods, just that they require higher resistance than 30amp batteries.

And if you’re using untrustworthy batteries like Brillipowers, Trustfires, or Efests, all of which are common to find in vape shops, who knows how many amps you can actually safely draw, since the battery wraps on those batteries are not truthful. That puts the user in dangerous territory.

I have seen that some vendors are adding the word “mechanical” to the device name on the product pages so that buyers are more aware of what they’re getting, but that’s not the official name that Vandy Vape gave it, so a lot of vendors might not even mention it. Vandy Vape’s official product page doesn’t even mention it! If you’re familiar with mech mods, it’s easy to see that it’s a mech, but to someone who doesn’t know a mechanical from a regulated device, they’d have no idea.

I bring this up because I’m worried that so many people are buying this device without realizing what they’re getting themselves into. Maybe I’m worrying for nothing. I hope so.

If you want to get into squonking with a regulated device, there are a few fairly cheap kits that have been around for a while like the Dripbox 160 for $35, the Dripbox 60w for $25, or the Eleaf Pico Squeeze for around $25. Those are all regulated devices with safety protections. They don’t look as cool as the Pulse BF Box Mod, but they’re much safer for newer vapers who aren’t ready for mechanical devices.