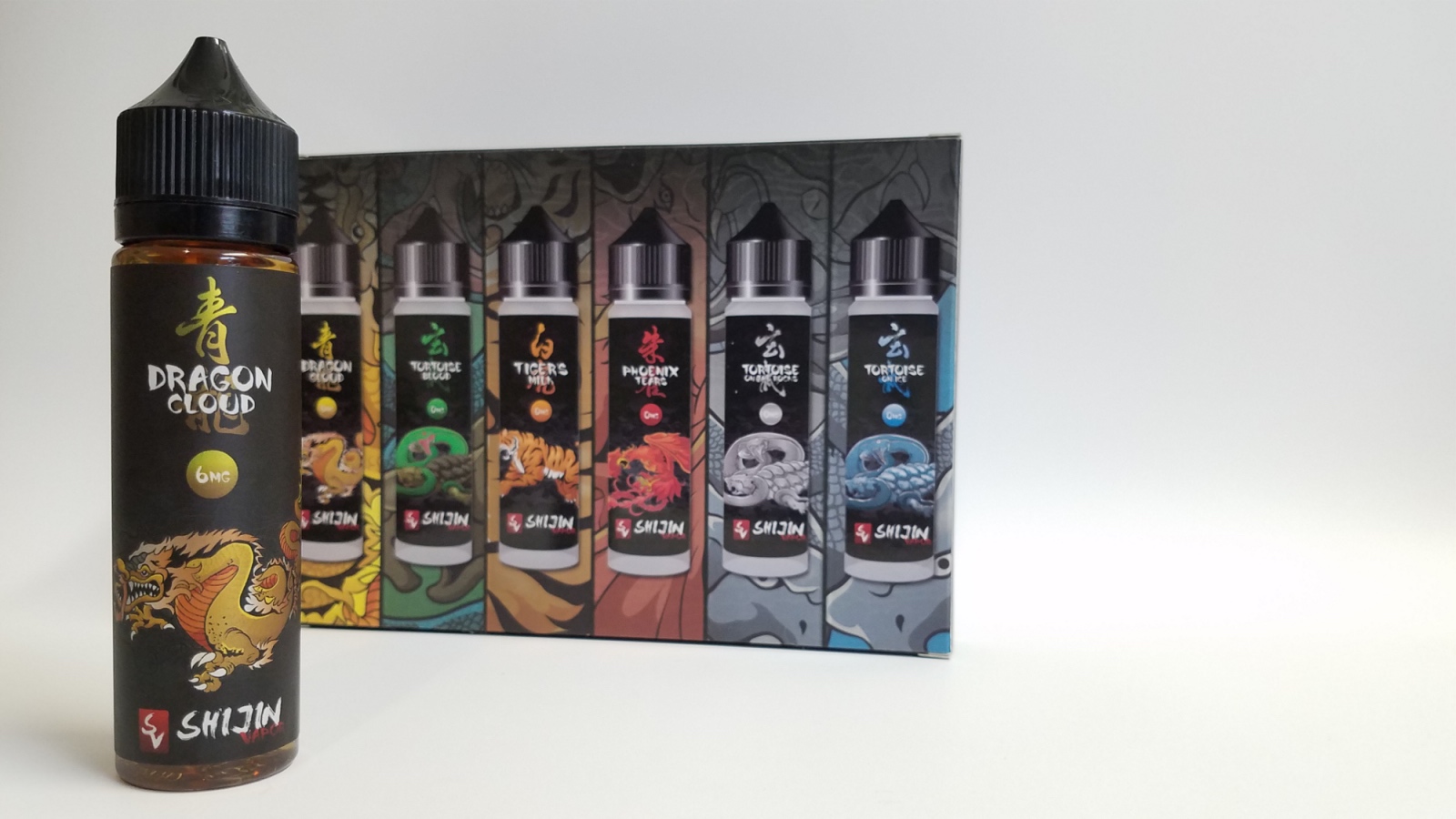 Dragon Cloud was sent to me for review by Shijin Vapor.

This is described as a combination of hot, savory cinnamon rolls topped with rich creamy vanilla ice cream.

It definitely smells like a sweet baked roll. It reminds of those sweet frosted-covered cinnamon rolls that you’d get in a wrapper, like from Hostess. Not a fresh cinnamon roll, but still tasty. It smells really good.

I tested this on the Smok Alien mod at 97 watts with CMNT RDA built at 0.29 ohms.

Or maybe like the cinnamon rolls from Burger King. I worked there as a teenager and I loved them!

Anyway, the flavors work great together. It’s sweet, but not overpowering in any way. Just a really good mix of a cinnamon roll with frosting on top.