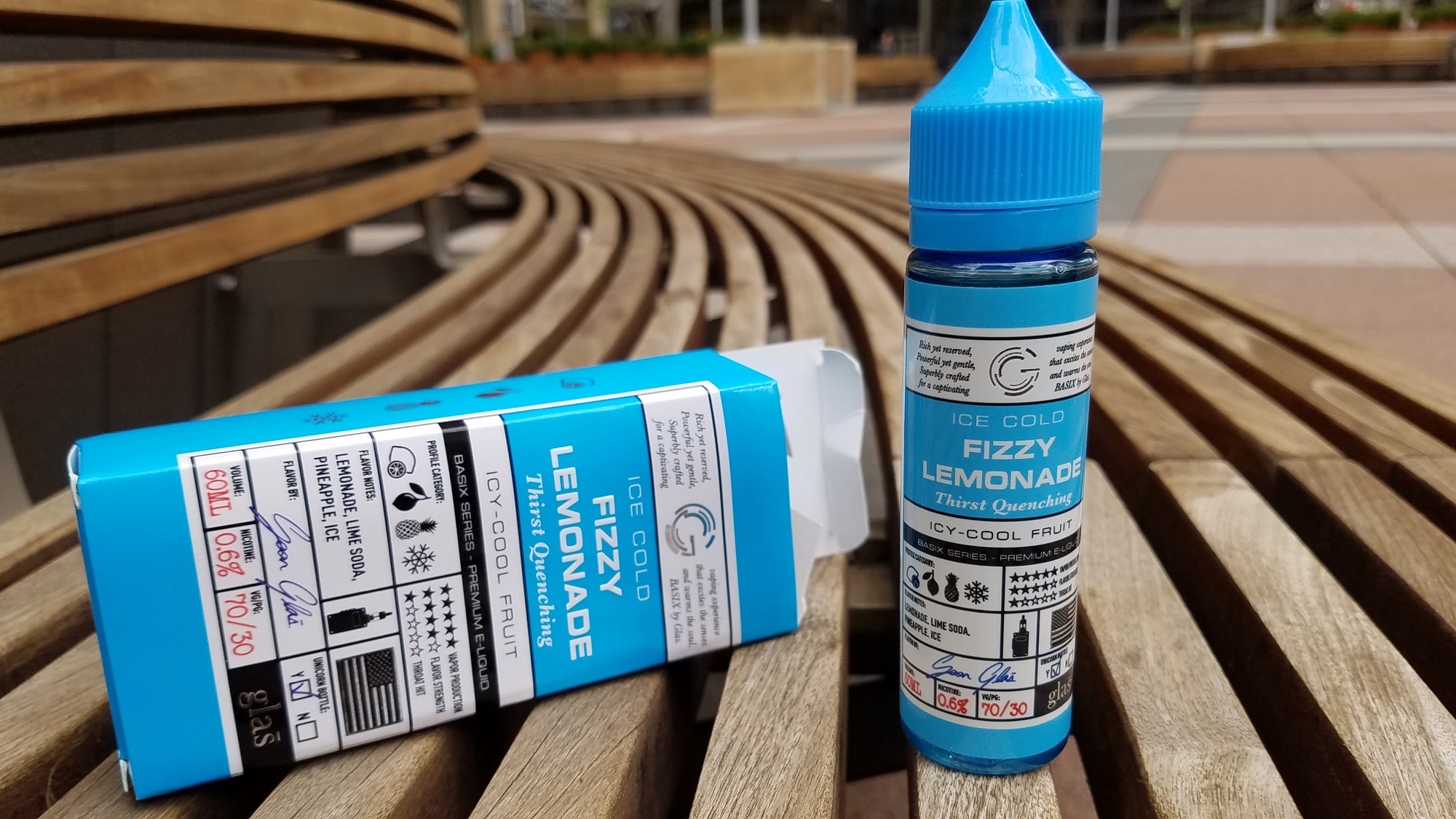 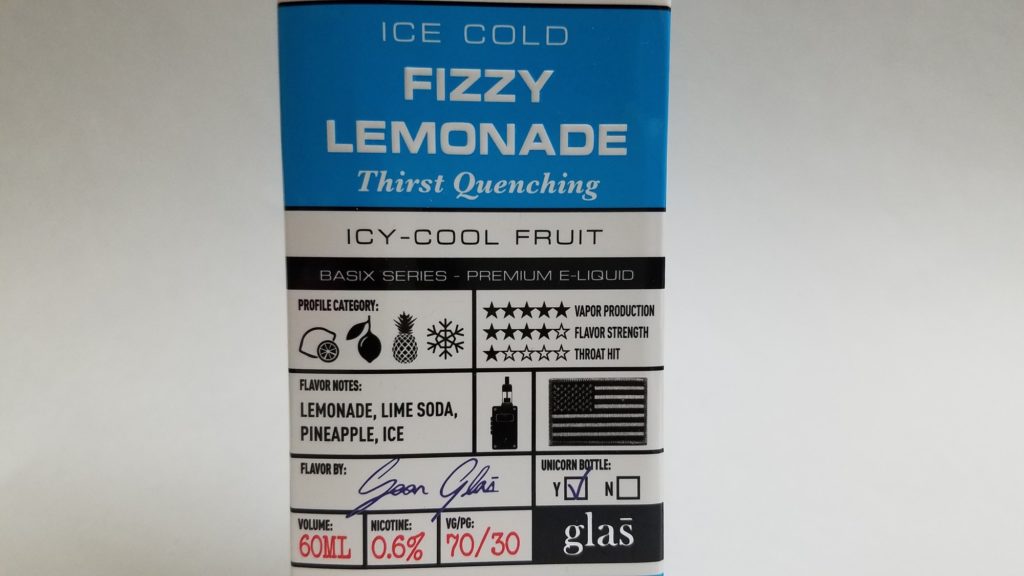 The Basix Series Fizzy Lemonade e-liquid was sent to me for review directly from Glas Vapor.

Glas describes this as a fizzy, lemon-lime shaved ice with icy cold menthol.

Fizzy Lemonade smells like a lemon-lime carbonated soda, with just a touch of tropical fruit, which would be that pineapple flavor

It does say right on the bottle that it’s an icy-cool fruit, so I knew it would have a menthol or koolada, but I wasn’t expecting it to be so strong. They say it has a menthol kick, but it seems more like koolada to me because it’s got the icy feeling without the menthol taste. That menthol flavor is strong, so you’ll need to be a fan of that icy feeling to like this one. For me, it was overwhelming at first, but after 4-5 drags I adjusted to it and it mellowed out a bit.

The lemonade and lime flavors give it a nice shaved ice taste which is pretty good. I don’t taste much of the pineapple, but I’m sure it’s in there contributing to the overall taste. I think Glas did a good job of blending everything together.