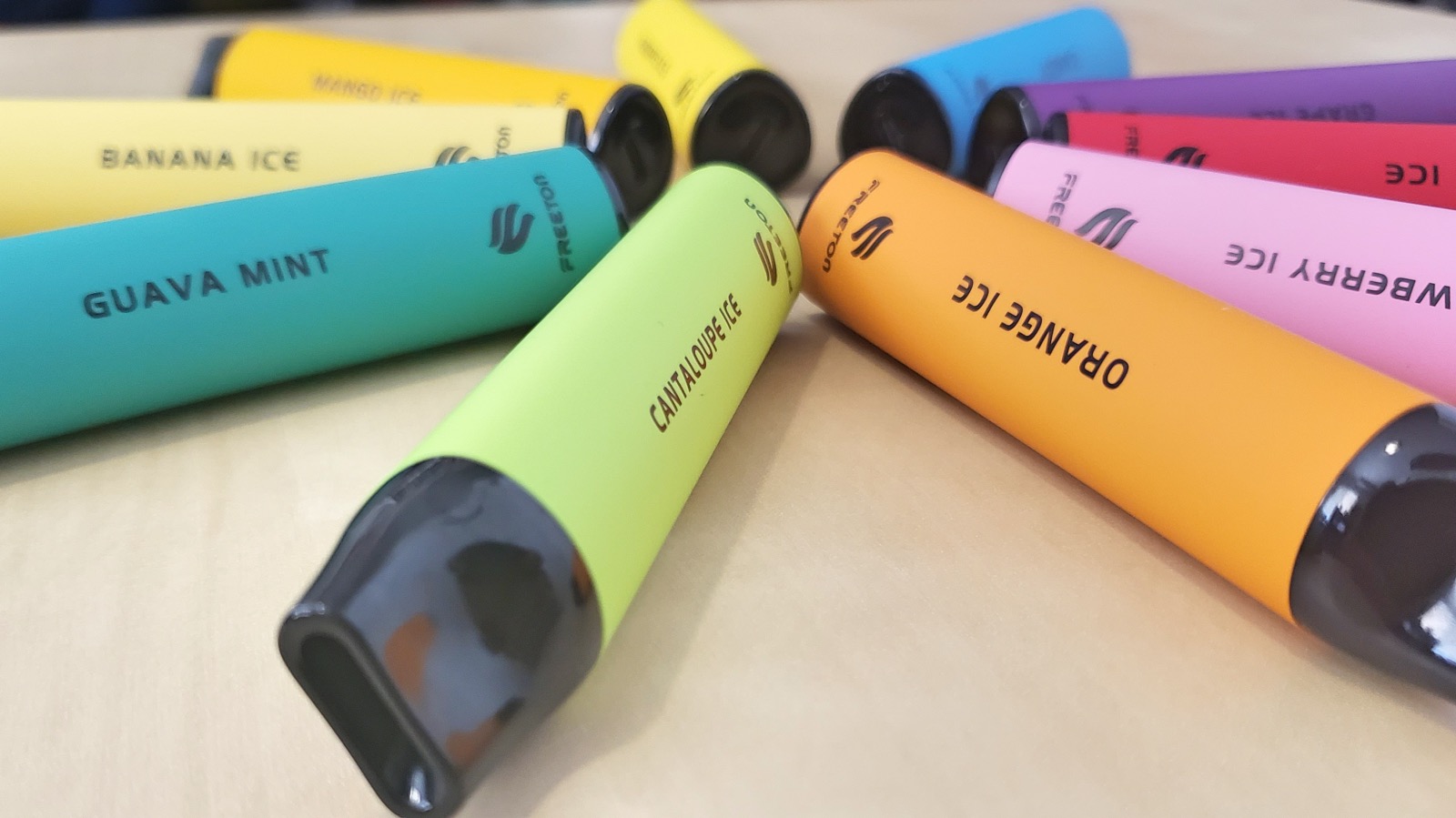 The DV2 was sent to me for review from Freeton (check it out here). Freeton highlights that this is the worlds first Reuleaux triangle disposable device, which is cool I guess, but I think there are better things to this device than that. 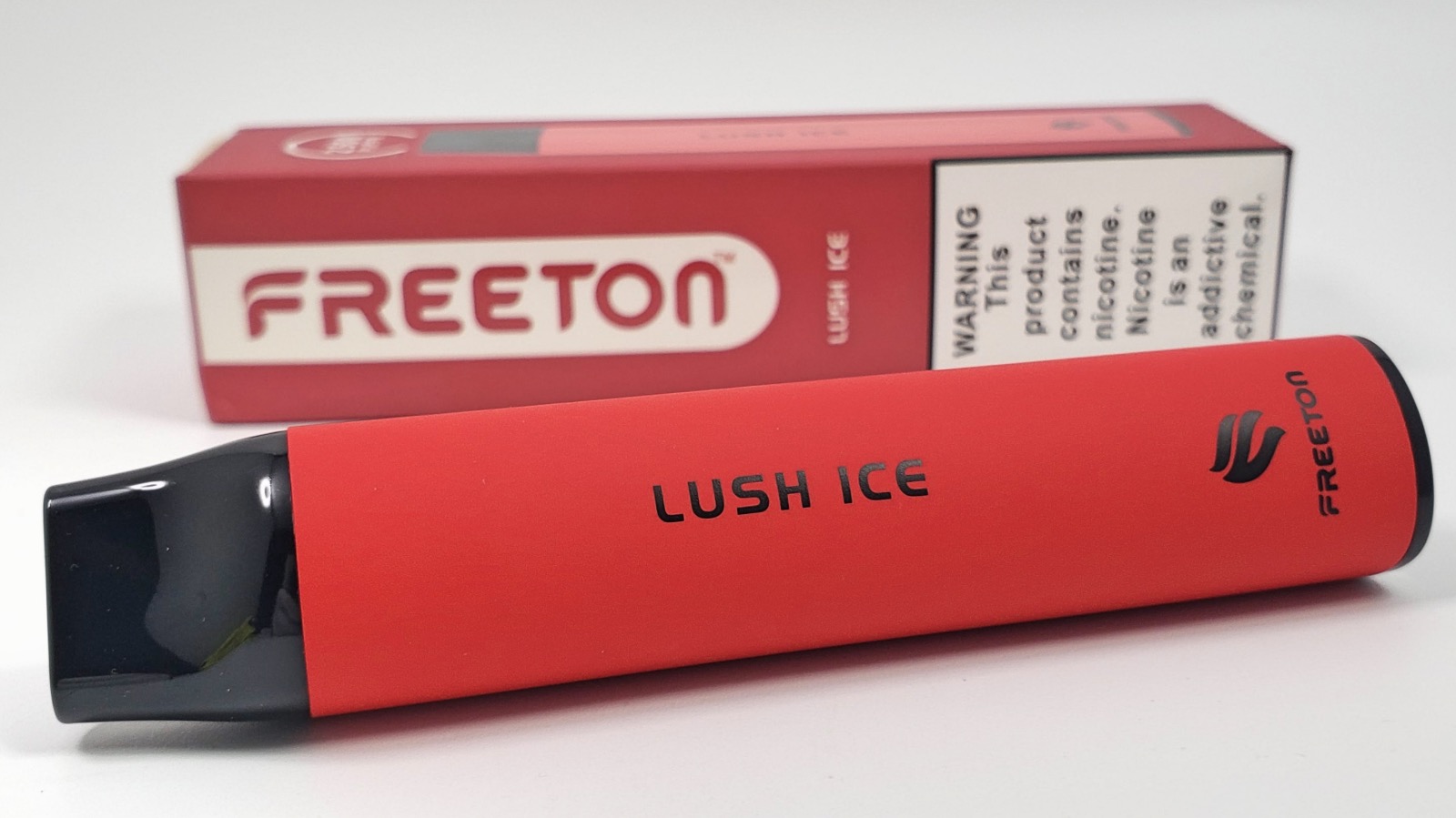 So like I mentioned earlier, this is shaped like a Reuleaux triangle. If you’ve been vaping for while, this term won’t be new to you because Wismec had a device called the Reuleaux a few years ago. A Reuleaux is a polygon with a curve of constant width. That means no matter where you measure it, it’ll measure the same. And a Reauleaux triangle is the same thing but with three sides. It’s a cool thing in geometry.

Ok so aside from the Reauleaux shape you can see that this a huge device. This is probably the biggest disposable device I’ve ever seen. And it’s size gives it some nice benefits too; it has a lot of e-liquid in it and a big battery. 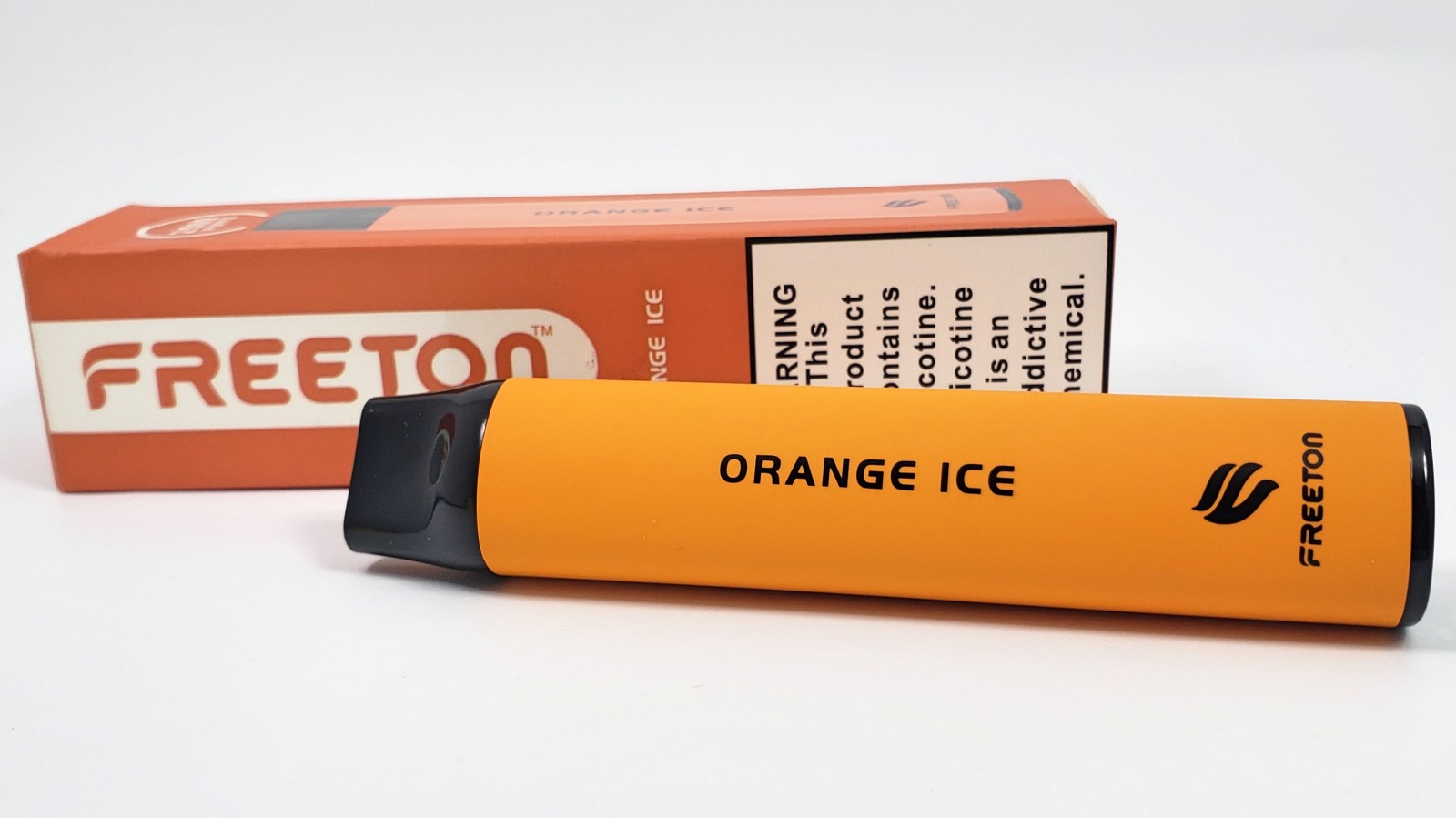 This is a draw activated device so as soon as you take a hit it turns on.  That’s it.

The draw is a mouth-to-lung hit. It’s not extremely restricted but it’s pretty tight. You definitely can’t get a lung draw out of this. I think it’s perfect for a vape like this. It’s satisfying. 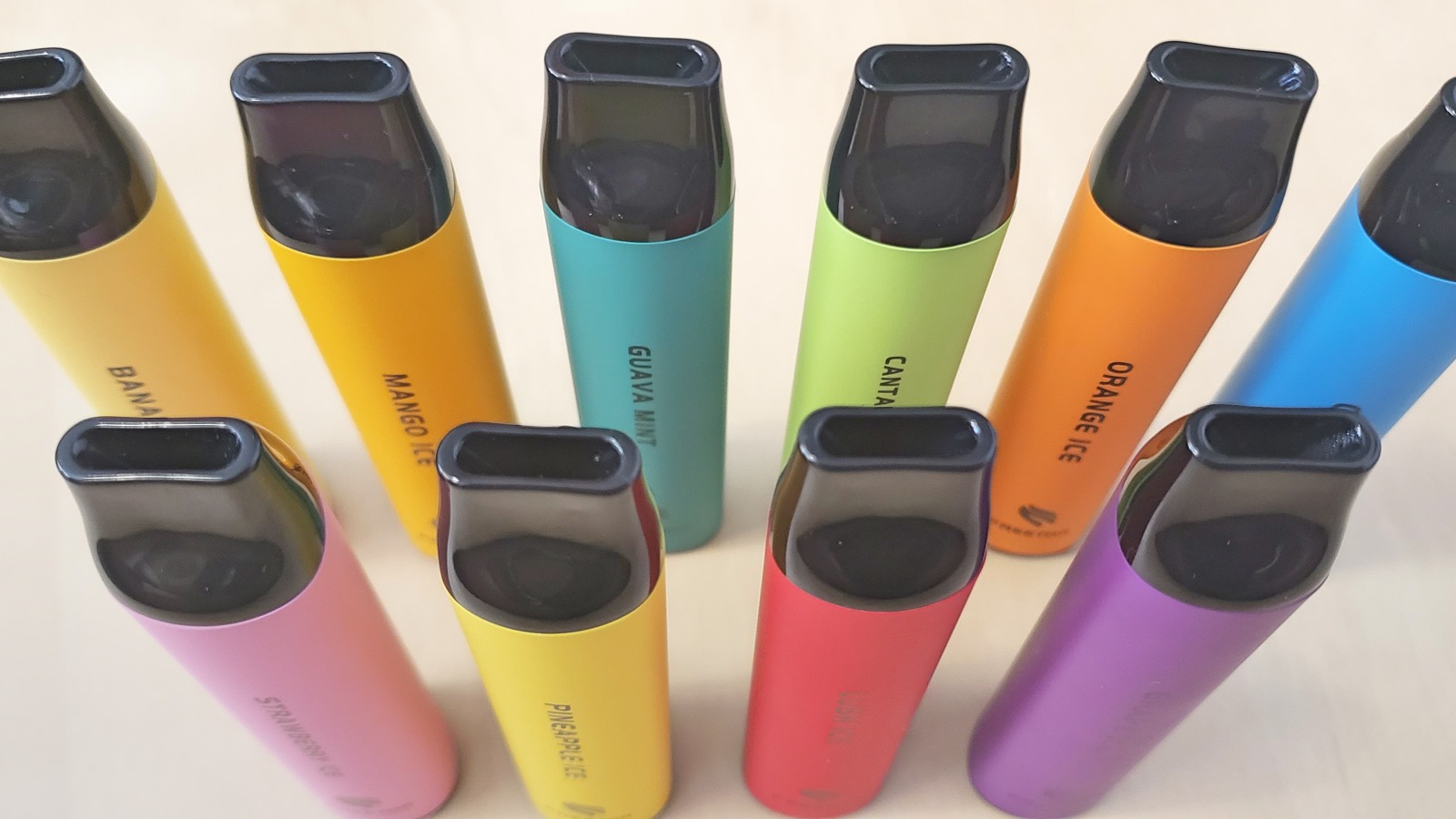 There are 10 flavors to pick from. Before I talk about each one, I want to point out that all of them have a hint of menthol. I just wanted to say that up front once instead of saying it for each one! 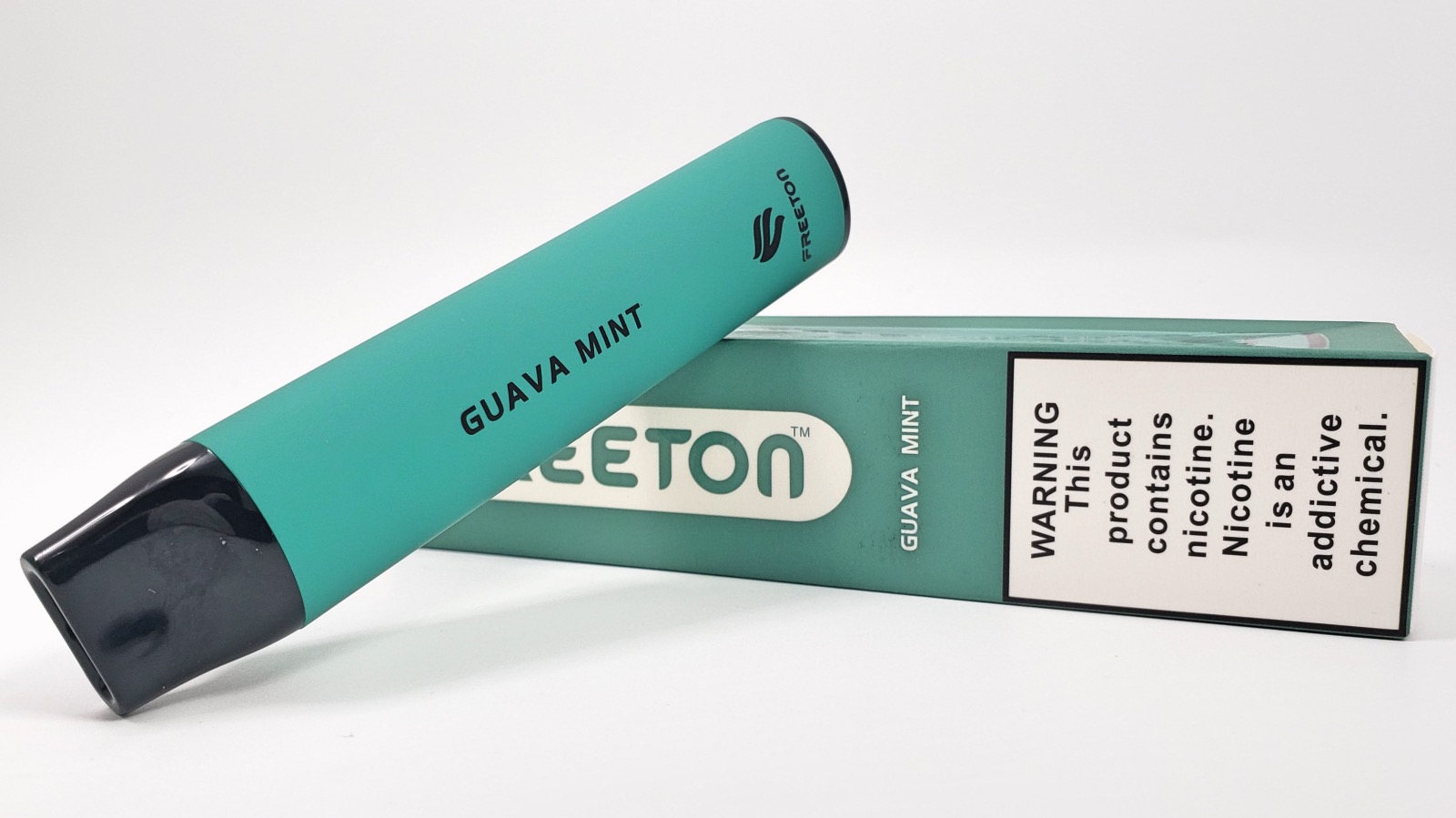 The original DV2, which is what I have, had a 650mAh battery and a USB-C charging port but they found that people would continue to charge it even when the liquid was gone, which obviously wouldn’t taste great. This is why we can’t have nice things…. So they made some updates to it to prevent a bad user-experience.

The updated version removes the USB-C port, so it’s no longer rechargeable, and it now has 7ml of liquid instead of 6ml and it has a 1100mAh battery instead of 650mAh. So now they have more liquid and battery large enough to vape all of the liquid without losing flavor. 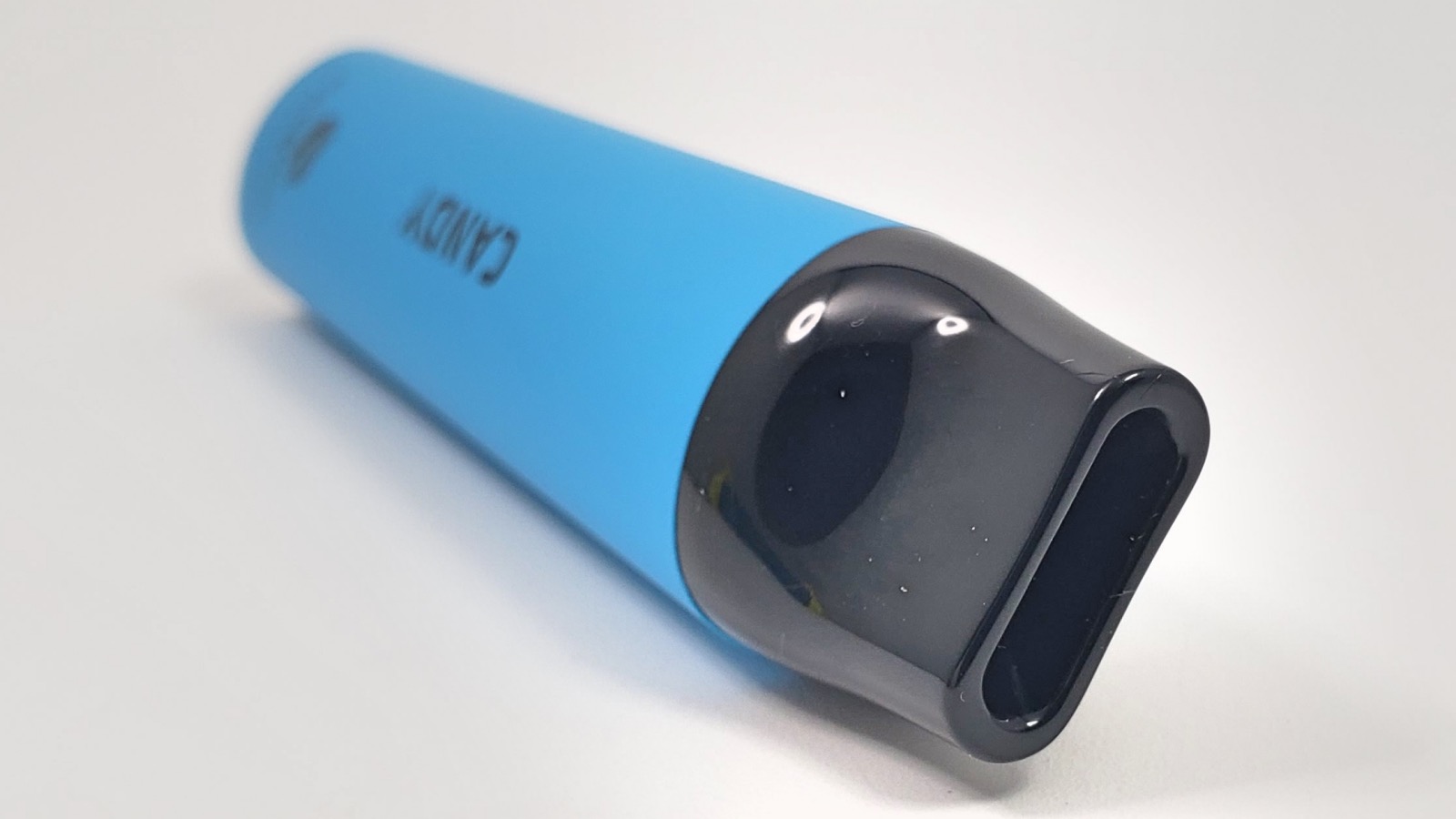 One of the best things about the DV2 is that it’s so much bigger than the typical disposable. Compared to most disposables, it’s huge. But I don’t mean obnoxiously big. It’s still portable and easy to carry around. But because of its size, you get way more life out of it and you’ll be less likely to find yourself out with a dead device.

The flavors are all really good too. They’re super sweet, the flavor is strong, and they all have a hint of menthol, so this will be for those of you who like that.

I don’t see any prices for these online so you might have to wait for more details to come out. The DV2 was sent to me for review and you can learn more about them from FreetonTech.com