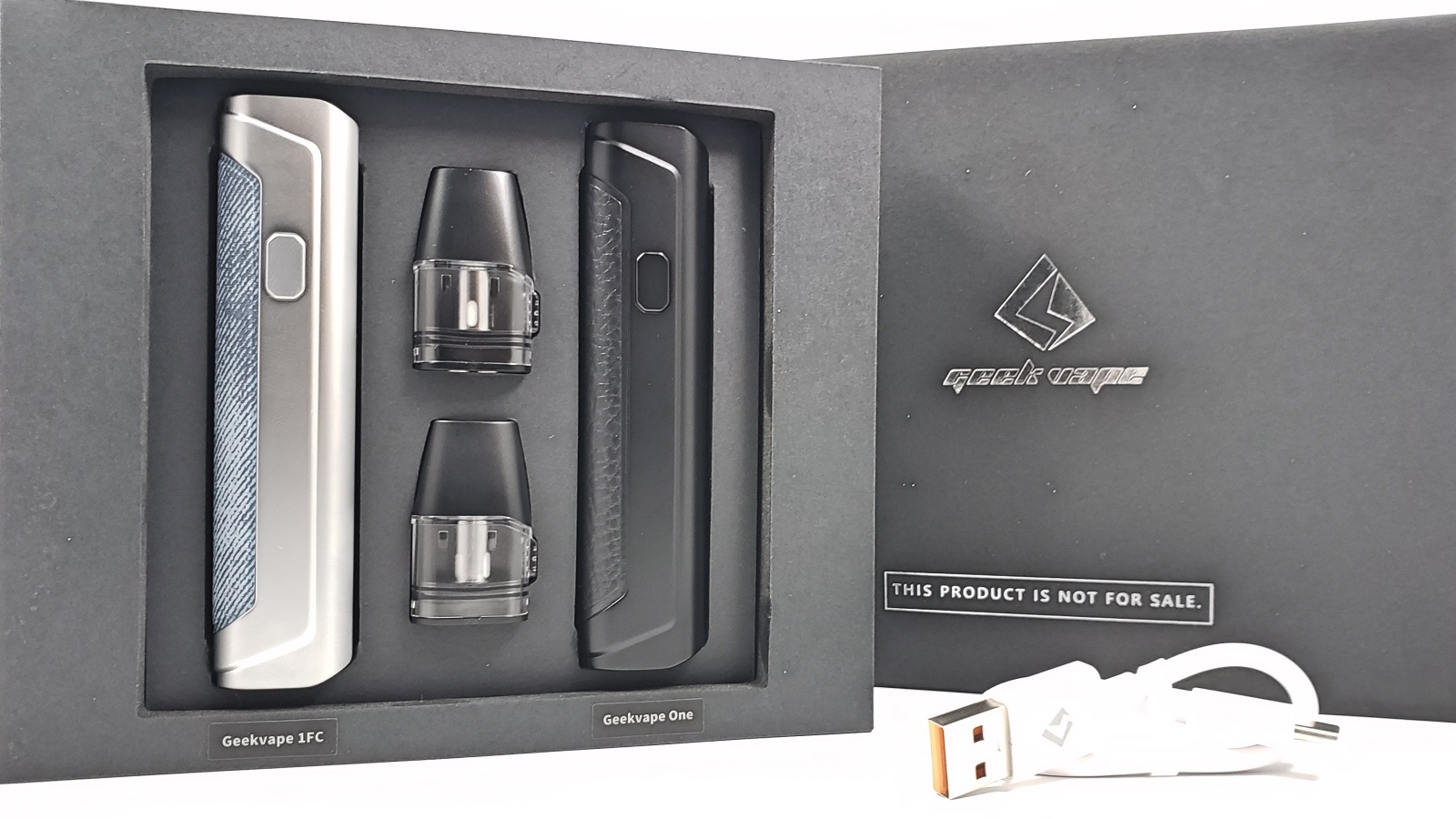 The Geekvape One and 1FC were sent to me for review from Geekvape. These are little stick-style vapes; one with extremely fast-charging capabilities and the other with longer battery life. These are also the first vape pens in the Aegis series. 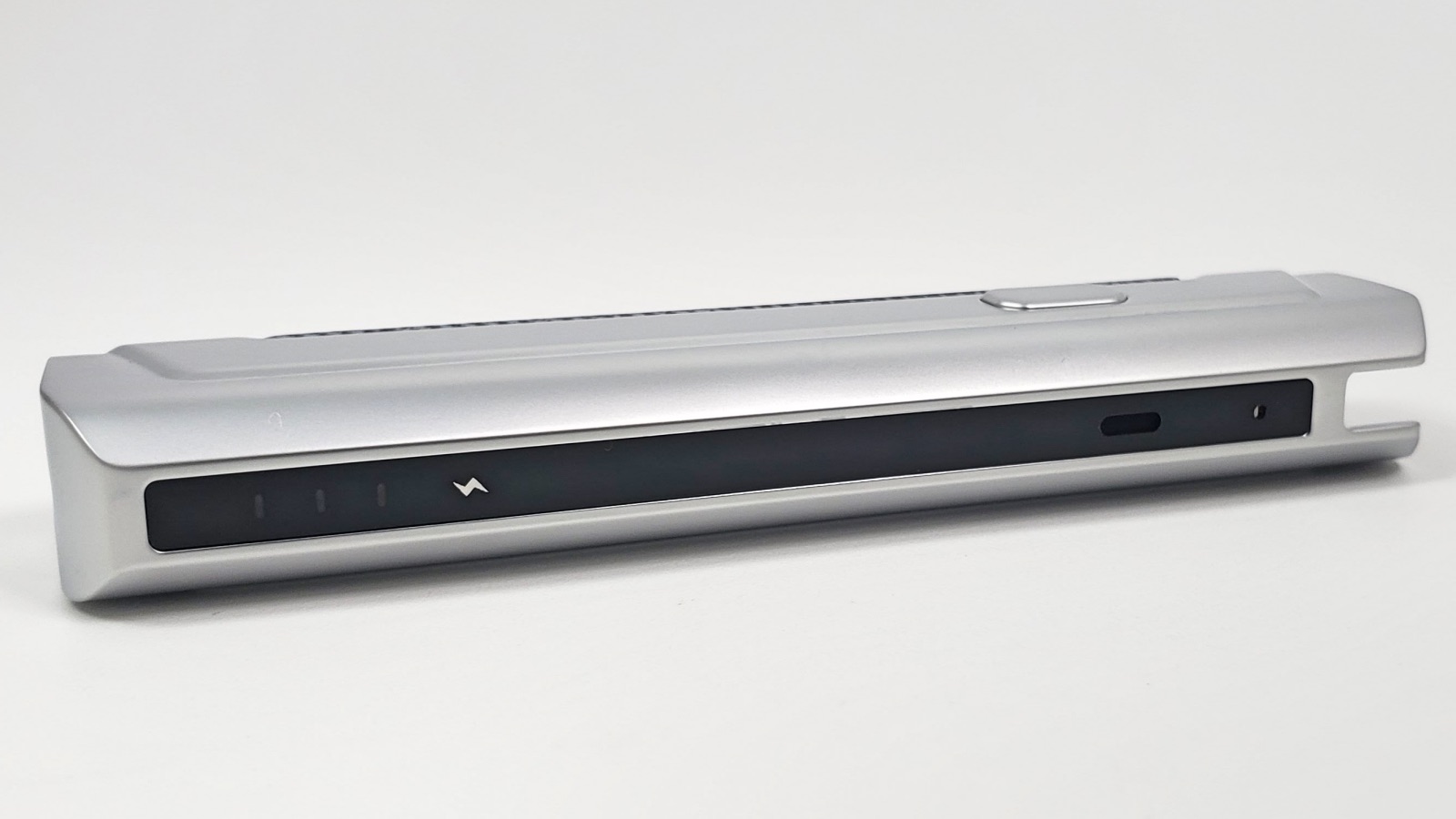 Geekvape released two versions of devices in this line. The Geekvape One and the Geekvape 1FC. They get their name from having one single multi-use button. They both use the same pod, settings, and output. The Geekvape One has a larger battery and will stay charged for longer but the 1FC version supports the USB-PD charger, which means it charges way faster. And I mean way, way, faster. 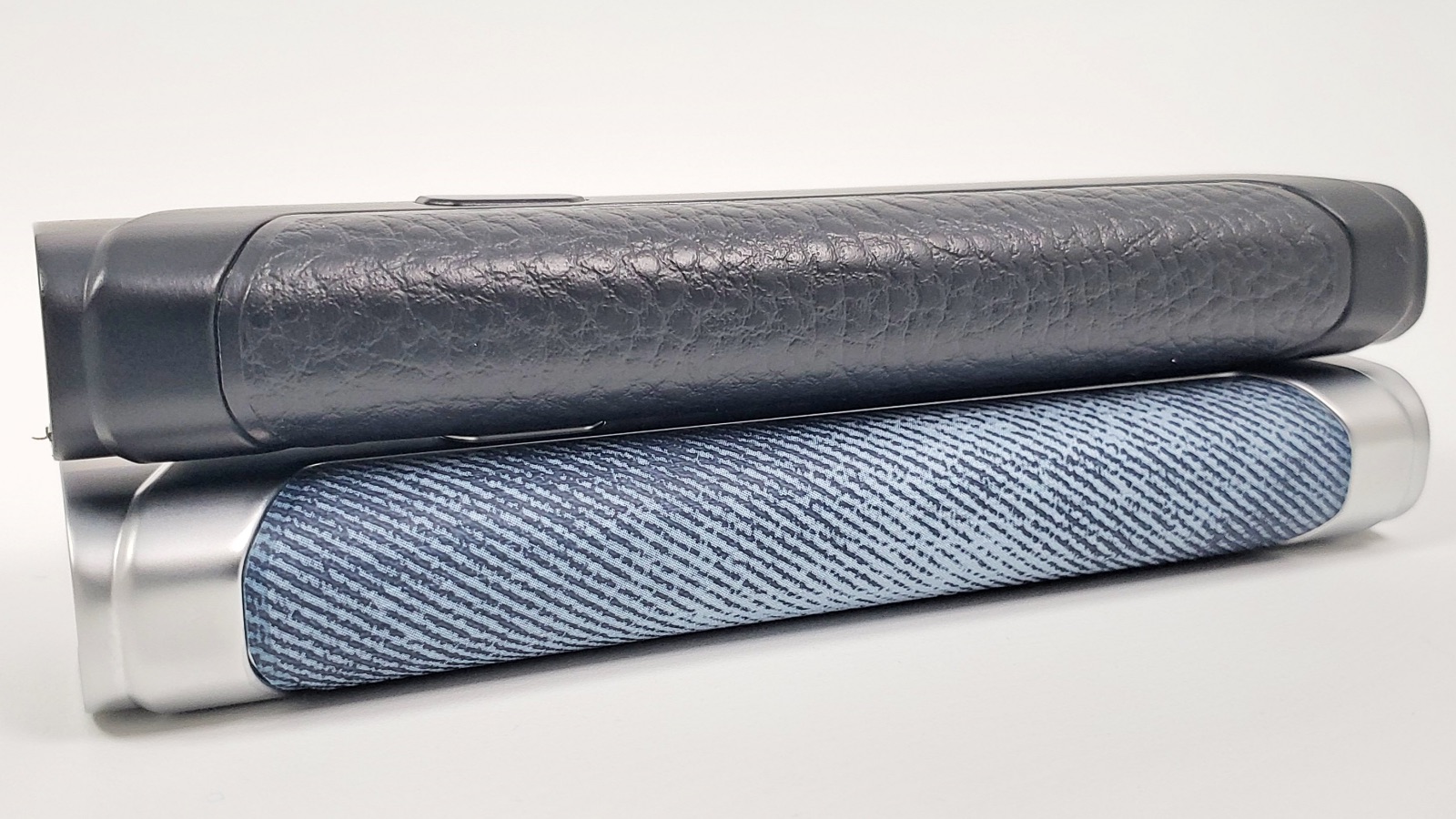 As far as design goes, they’re both designed nearly identically to each other with the only difference I can tell is the number of LEDs on the side. Since these are in the Aegis line of products they have a lot of the usual design characteristics of an Aegis device. They have a sleek zinc alloy body and a leather style grip. They almost just look like a super skinny and tall Aegis device. 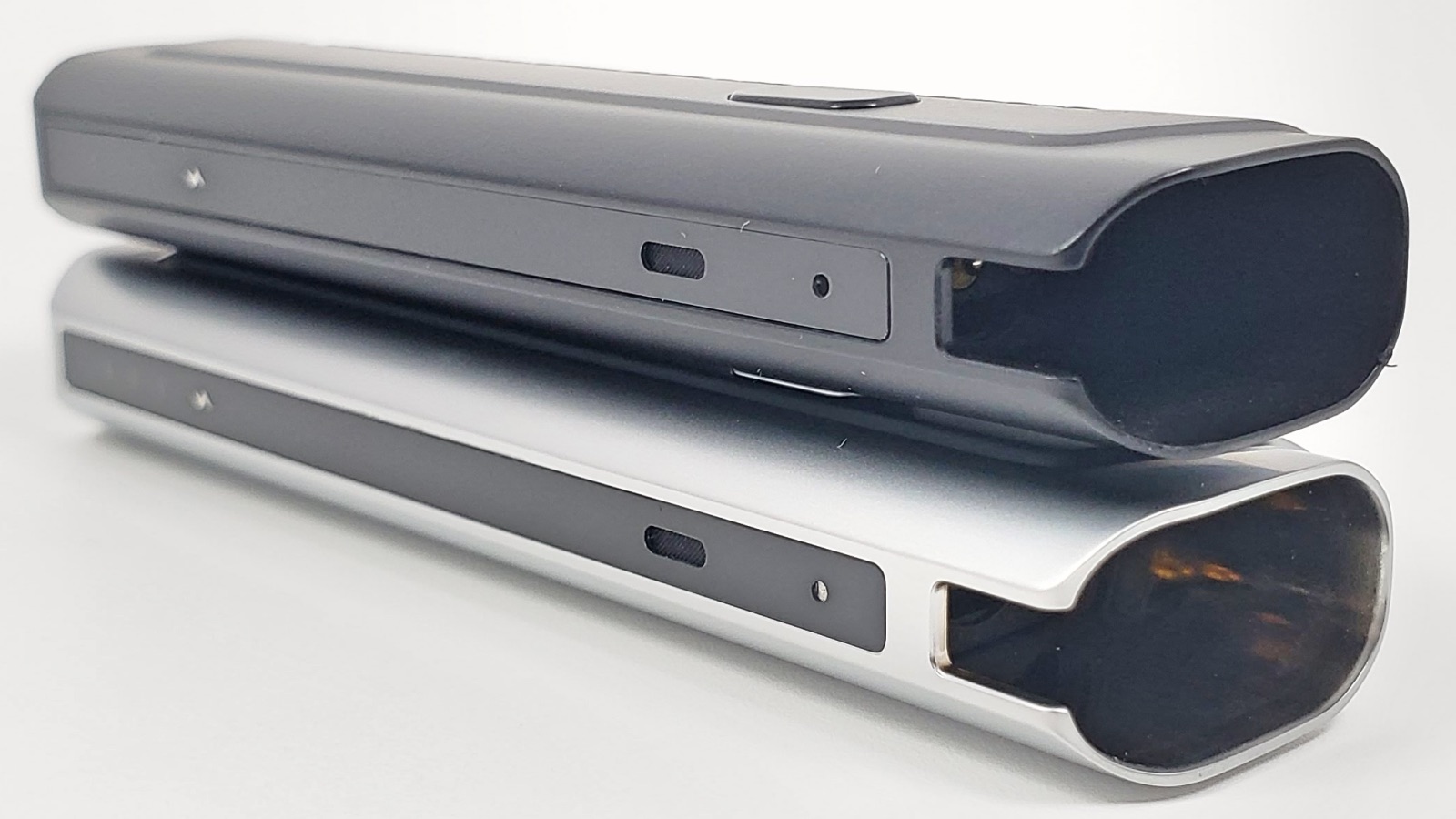 Press the firing button five times fast to turn the device on. These can be activated with either button-fire or draw-activation.

There are three output modes to pick from, which you can cycle through by pressing the firing button three times fast. The 1FC has three LEDs while the Geekvape One has only one LED but on either one, the lights indicate what mode you’re in. 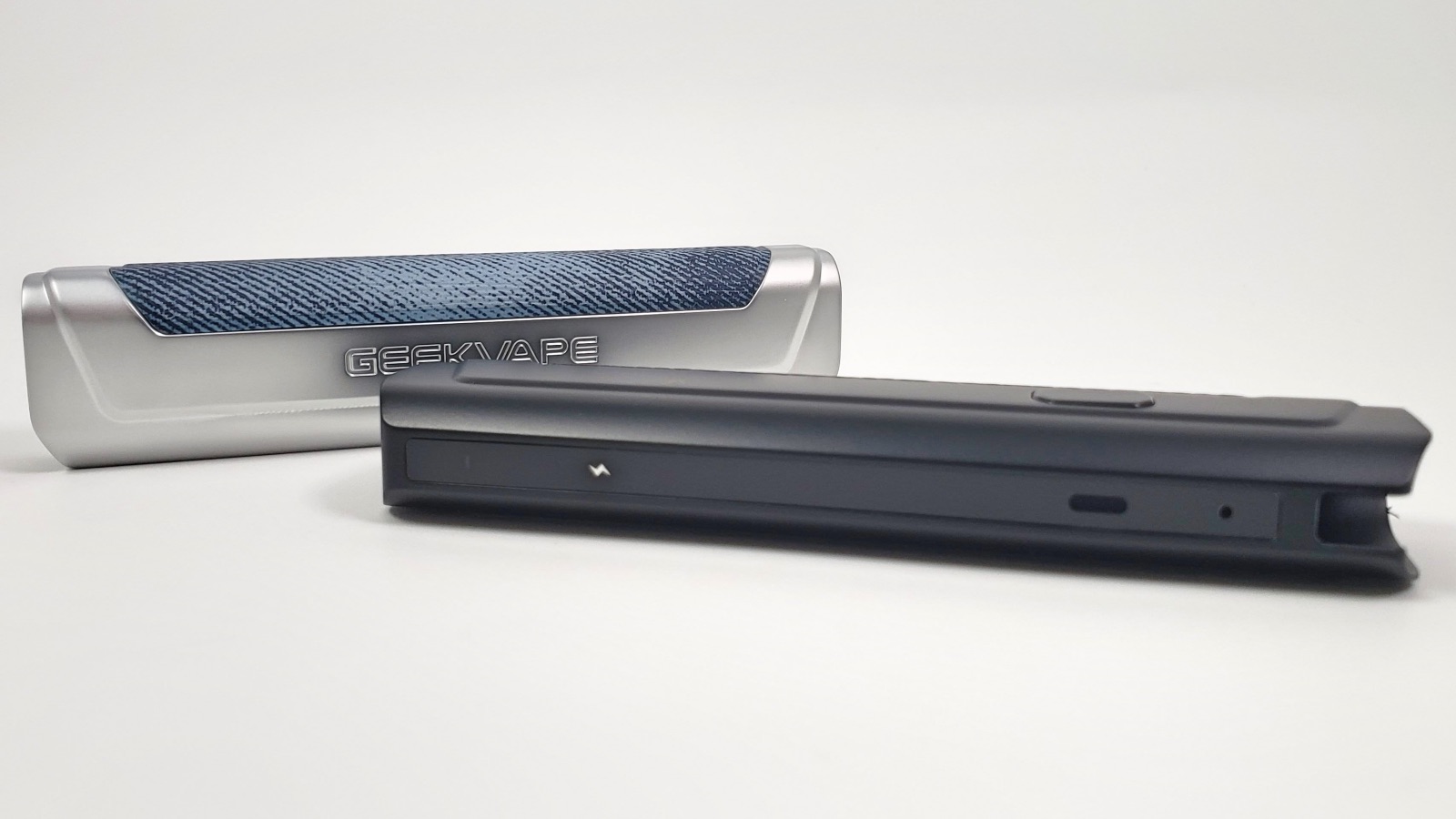 Like any Aegis device, the both devices have extra durability compared to normal vape devices. But these don’t have all of the usual protections of an Aegis product. As far as I know, they don’t have any waterproof protection or dust protection. But Geekvape said that they used a zinc alloy body to protect it from shocks and scratches. 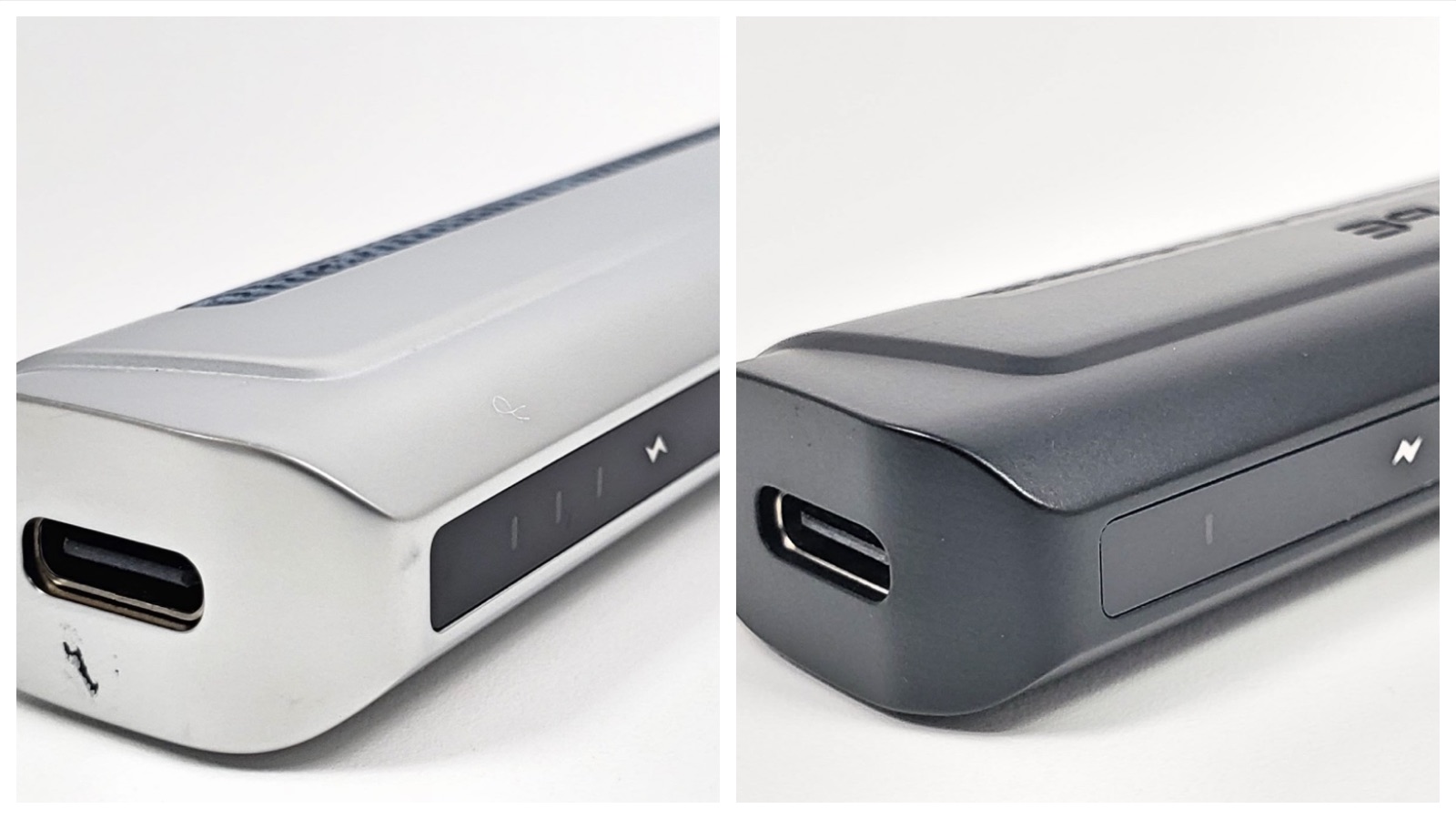 The battery inside the 1FC is a 550mAh battery that supports charging with a USB-PD adapter. Most charging adapters push a max of 5 volts but PD adaptors push a lot more volts and are what you would use for something like a laptop. So with an adapter like this, you can charge this battery super fast from 0 to 100% in only 15 minutes. So even if you find yourself with dead battery, you can have it charged up and ready to use in no time.

The battery inside of the Geekvape one is a 780mAh battery. It’s a larger battery than the 1FC and still uses normal USB-C fast charging but not the same USB-PD charging as the 1FC. So while it doesn’t charge as fast as the 1FC, the benefit to this one is that the charge will last longer throughout the day. 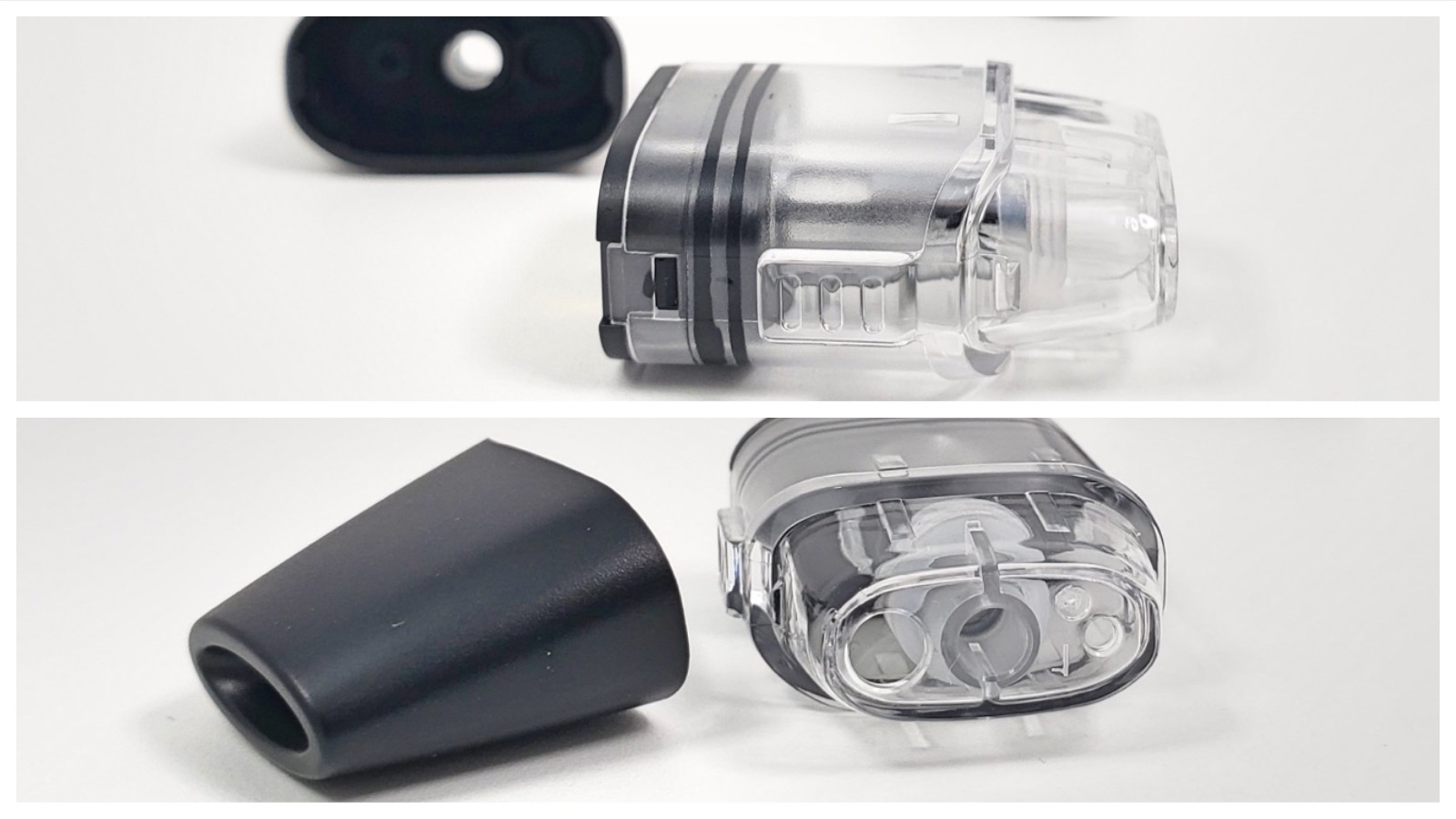 The pod has a 2ml capacity and has built-in coilheads. Geekvape says that the pod is leakproof. You still might get some condensation issues but it shouldn’t leak.

To fill the pod, pull the black cap off and you have easy access to big fill hole. Top-fill is nice because you don’t have to take the pod out to fill it.

There are two pods in the kit 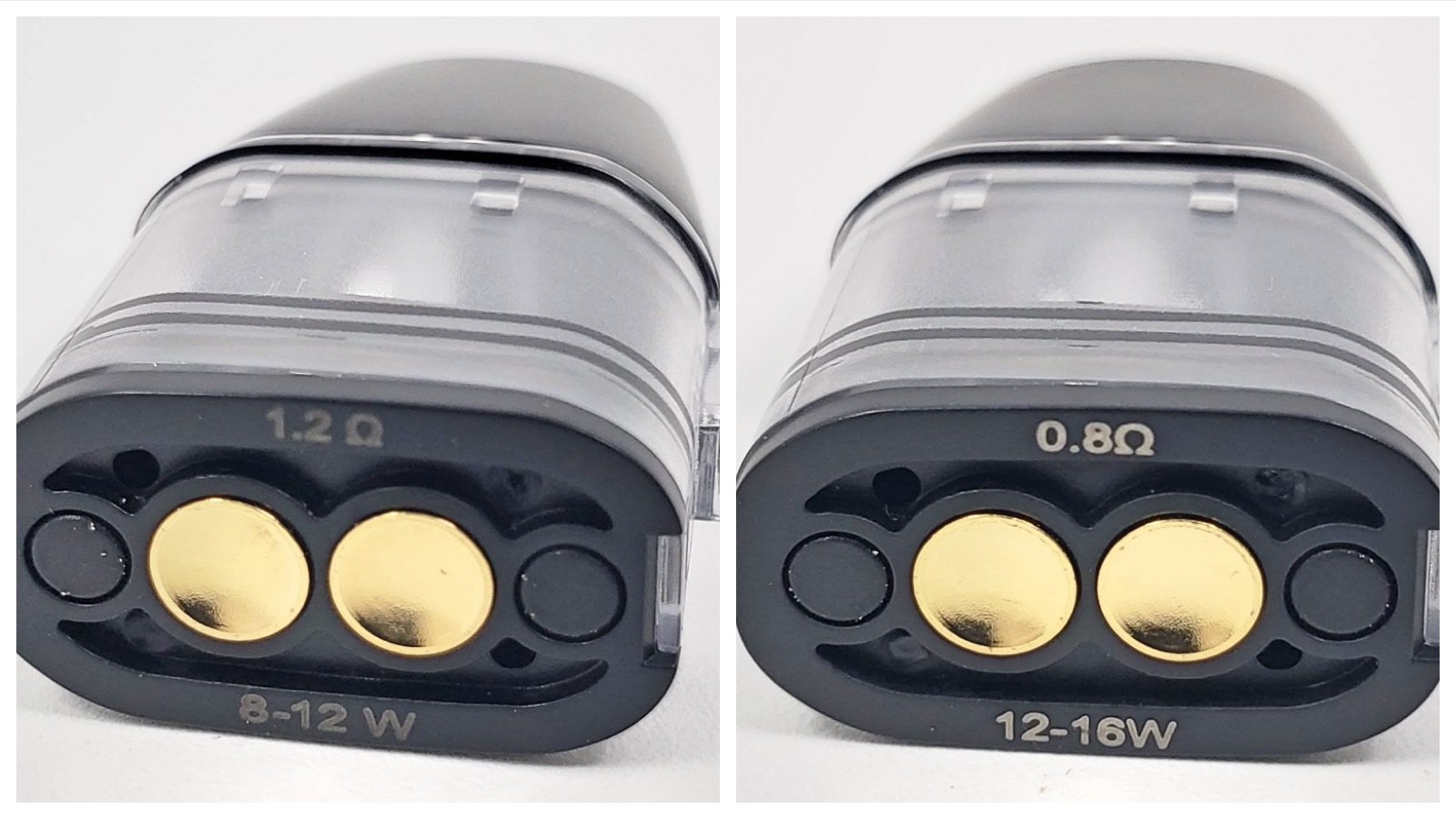 Both coils have excellent flavor and I can’t really tell much of a difference between the two as far as flavor goes. The only difference between the two that I can tell is that the 1.2 ohm coil produces just a little less vapor, which makes sense since it has a lower wattage range. So if you want a little more vapor, go with the 0.8 and if you want higher nicotine or lower wattage, go with the 1.2 Ohm coil.

The Geekvape One and 1FC are designed for mouth to lung vaping, so it’s a tight draw. They created an “S-Shaped” airway chamber through the pod which is designed to give it a smoother hit but also a more restriction. I have no idea if that S-Shaped chamber actually does those things but I will say that the draw is both smooth and tight. It’s a really good hit and I think it’s perfect for a vape like this. It’s a restricted mouth-to-lung hit and it’s not really possible to get a lung draw of any kind on it. Which is exactly what I want in a device like this. 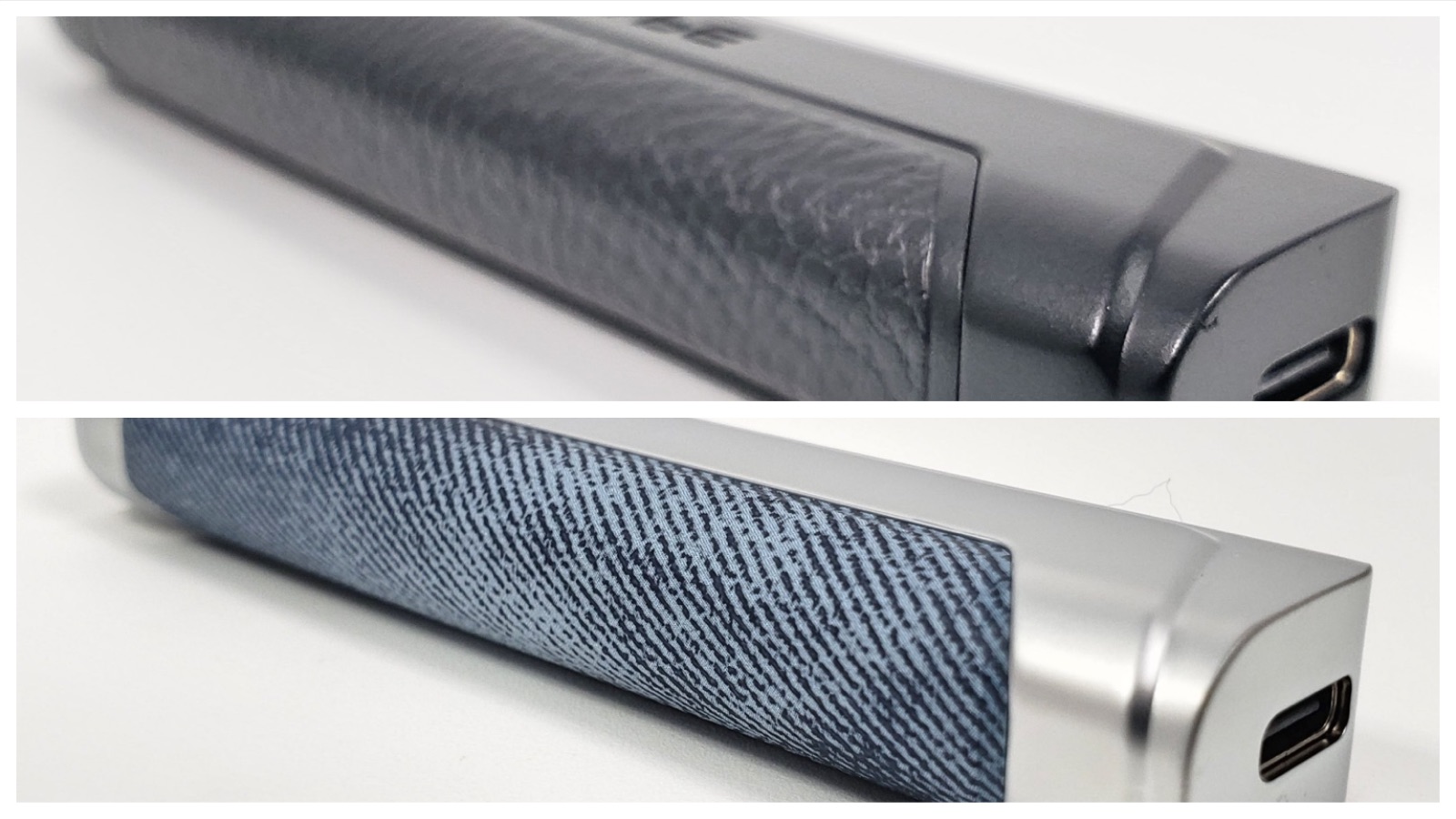 I’m a big fan of Aegis devices and both of these work great. They’re small, durable, have a great hit, and the flavor is excellent. So I think if you’re in the market for a stick-style MTL vape or even if you just want to add another great Aegis device to your collection, either one of these are worth picking up.