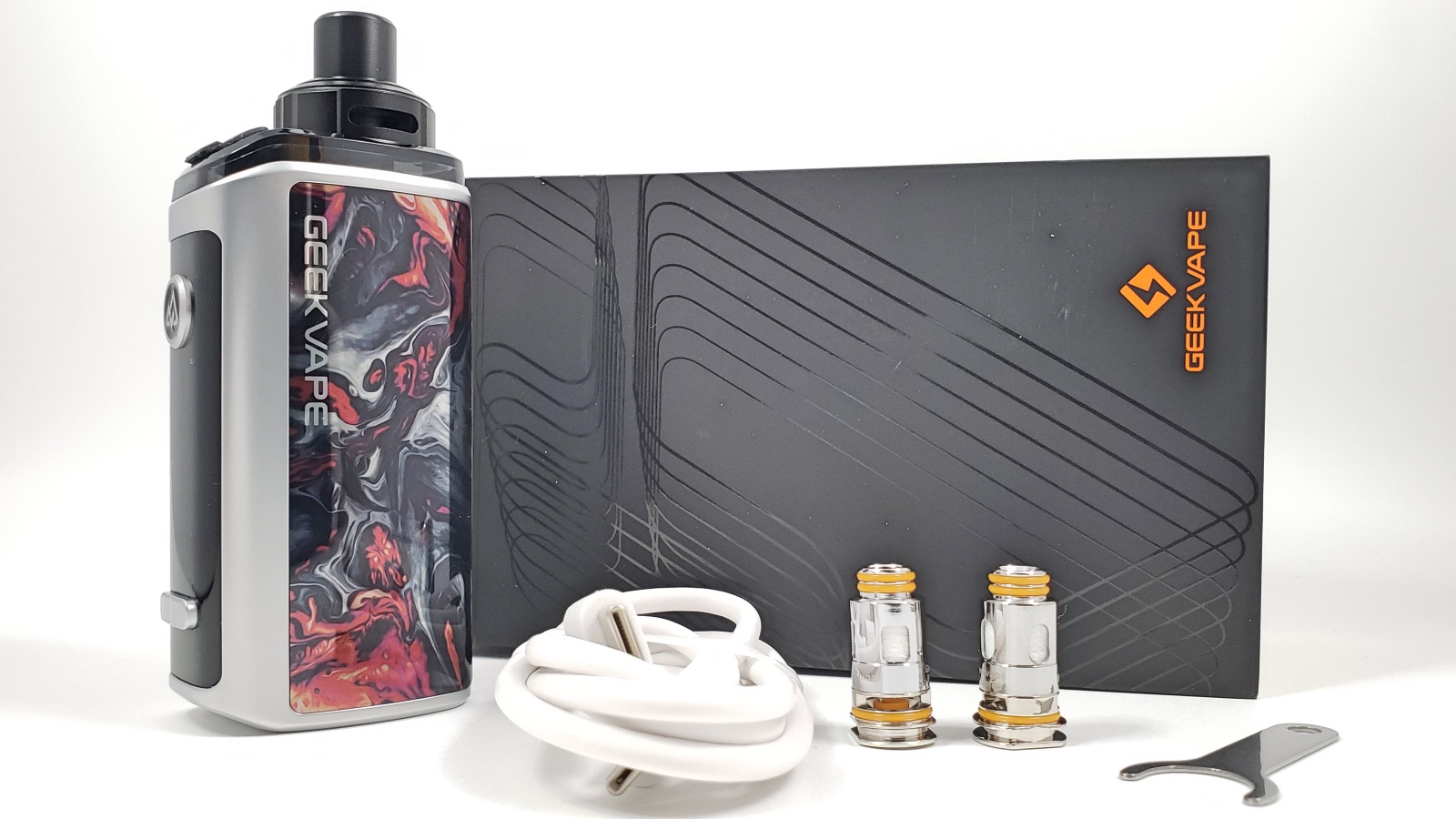 The Obelisk 65 FC was sent to me for review from Geekvape. The “65” in its name is because it goes up to 65 watts and “FC” stands for fast charging. This is a pod mod with a big battery and all of the features of a regular vape device. 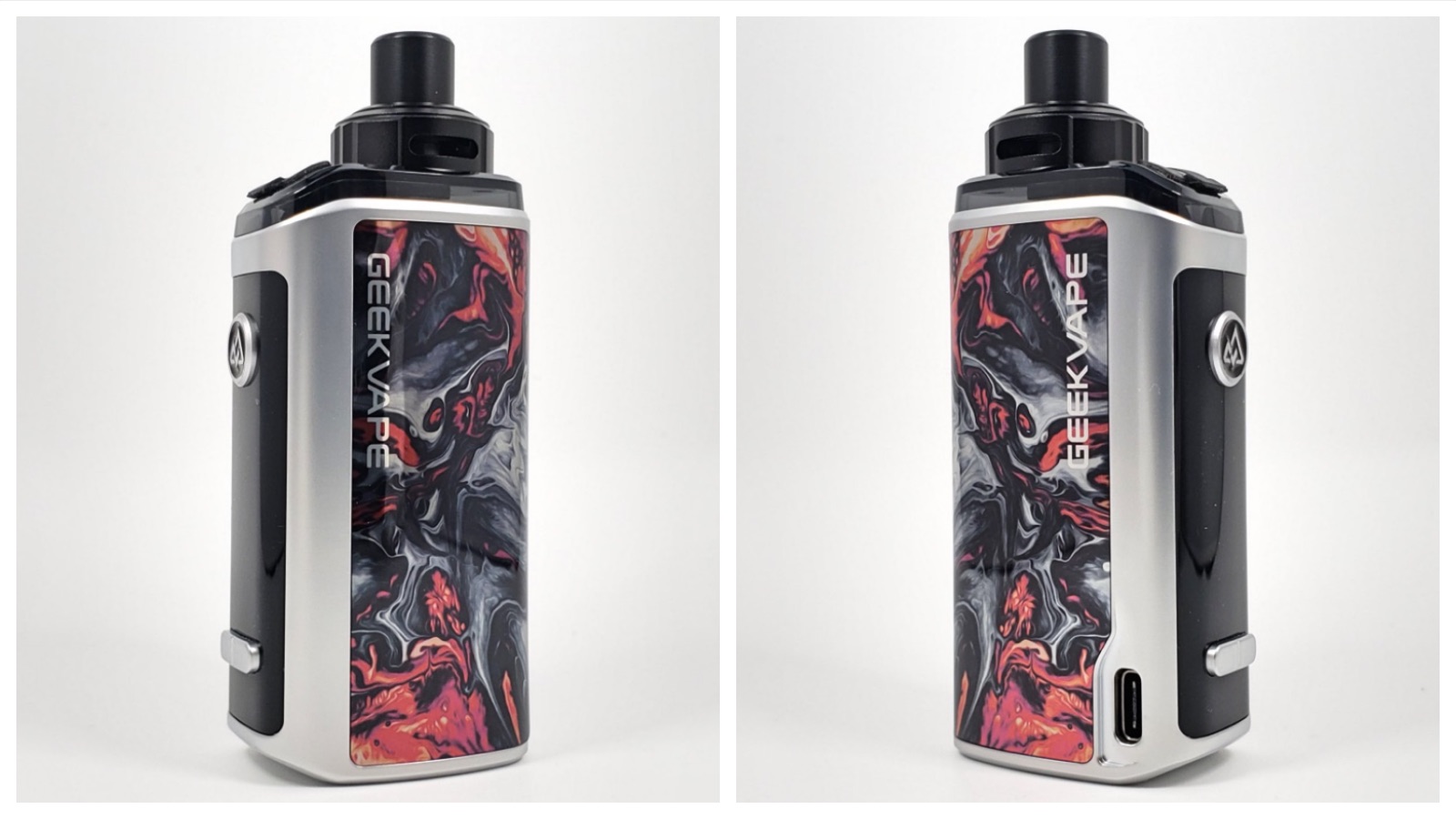 The Obelisk 65 comes in seven different designs at the time of this review; Lava, Peacock, Ruby, Scarlet Blue, Sapphire, Navy Blue, and Rainbow. What I like about all of these designs is that they’re all so different from each other. So it really gives you an option to find something you’ll like.

The design is on both sides of the device and it looks really nice. The designs appear to be stickers because there’s one little spot where I feel like I can peel it off but otherwise, it’s embedded into the frame really well.

On one side is a USB-C charging port and on the front panel is the firing button, which is a really stiff and clicky button, then you have a bright colorful screen, and then two up and down adjustment buttons. The screen shows the mode, wattage, battery charge, coil resistance, voltage, and puff counter. 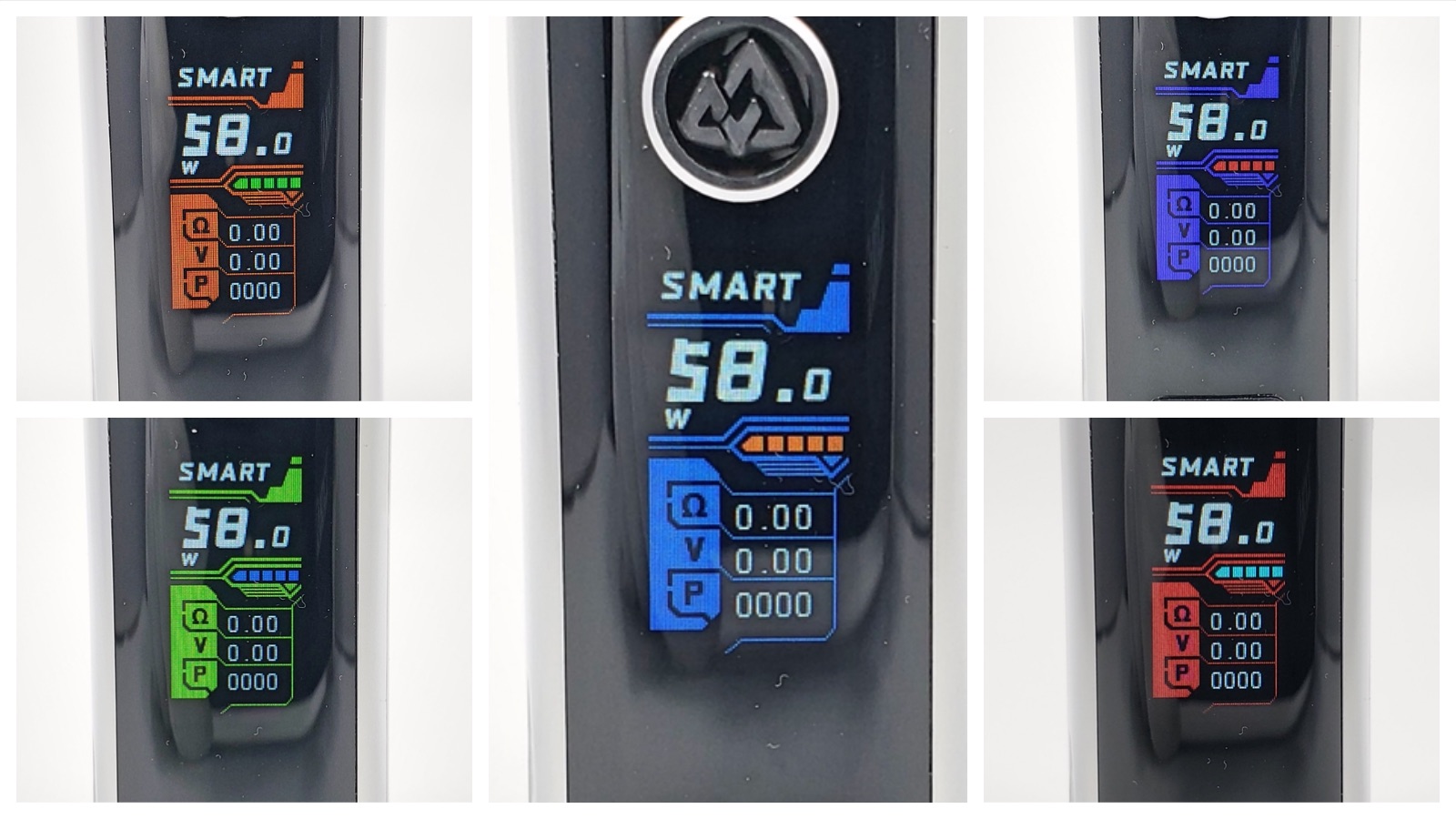 You can also change the color of screen with several different color options. 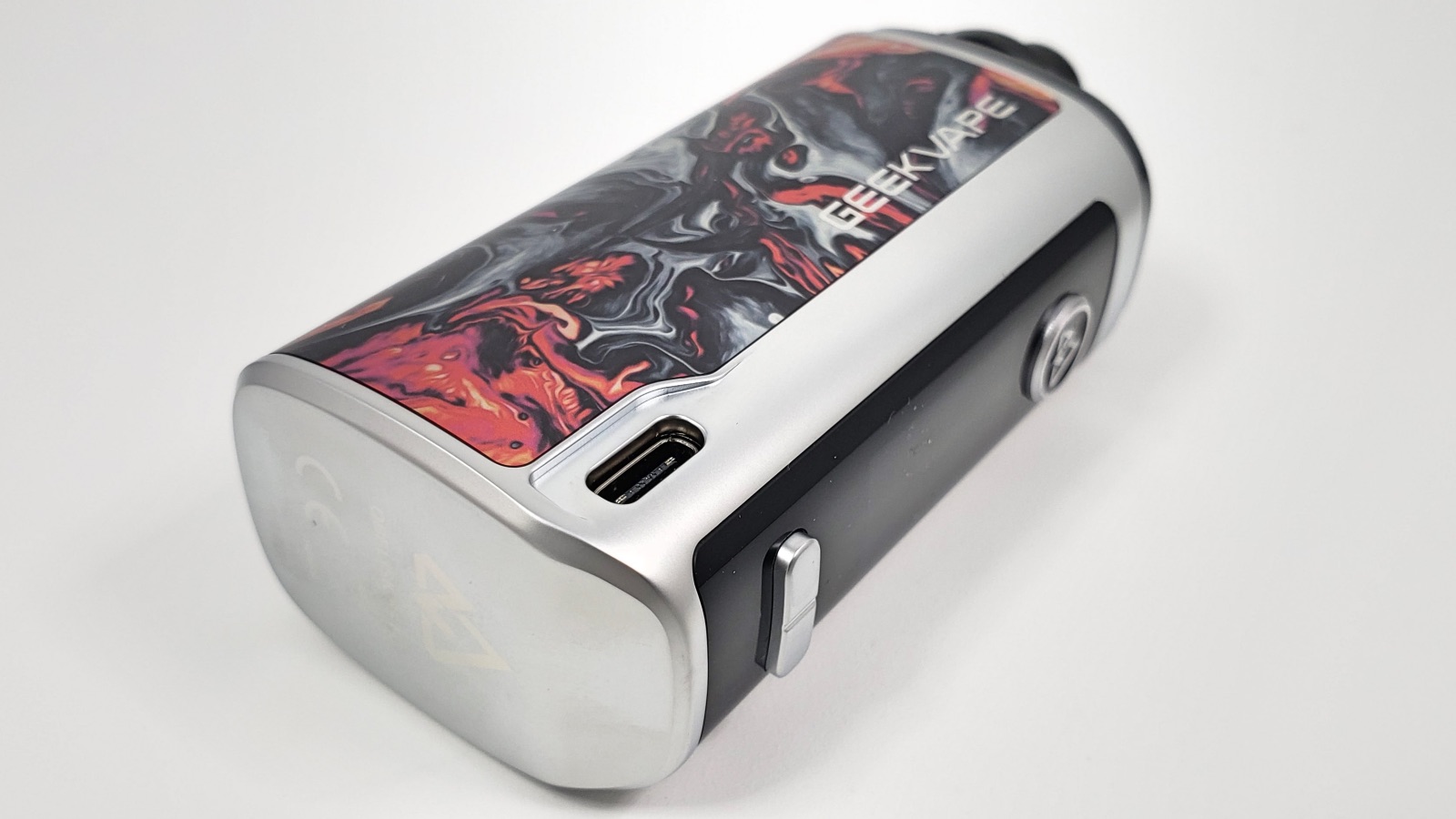 Normally I wouldn’t talk about the battery so early in the review but there are some really cool things to talk about here.

The Obelisk 65 FC has two 1100mAh batteries inside that come to a full charge from 0 to 100% in only 18 minutes. This device charges fast. I don’t think I’ve ever seen anything charge that fast before.

This is possible because the Obelisk 65 supports the newer type of battery charger, the USB-C power delivery, or PD, charging adapter. This is a newer charging technology that makes it possible to create high-power adapters in much smaller sizes. For example, today’s standard phone charging adaptors output 5 watts, whereas a Macbook charger outputs upwards of 60 watts. Well, now we’re starting to see something like the Macbook charger in even smaller power blocks. The Obelisk supports PD adaptors ranging from 15-45 watts.

The 65 FC also has On-The-Go (OTG) reverse charging, which means this thing can actually be used like a power bank and charge other devices, like your phone. You just need to put the device in OTG mode and then plug anything you want to charge into it.

I’m really surprised at how soon Geekvape has adopted this fast-charging technology, especially considering how slow the vape industry as a whole was to move away from micro-USB to USB-C. 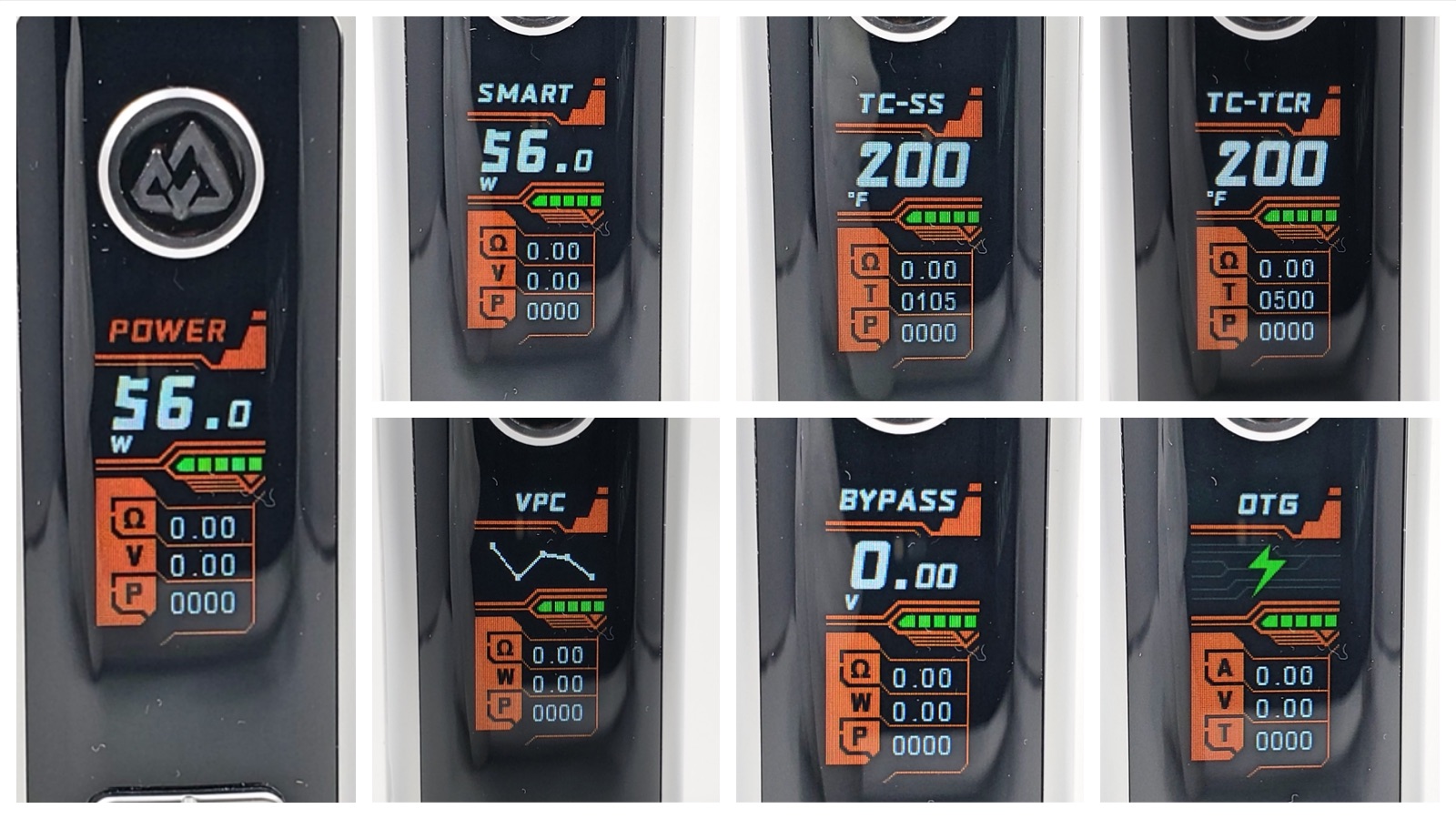 Power Mode – This is a general wattage mode. You can set your wattage anywhere from 5 to 65 watts.

Smart mode – This mode automatically sets the wattage range to what the coil can handle. For example, if you’re using the 0.4 Ohm coil head, the device won’t let you set the wattage higher than 33 watts. I really like this feature because you can vape without having to worry about the settings or accidentally burning the coil.

TCR – This mode lets you set the TCR values for any type of temp-control wire you might be using.

VPC – You can adjust the wattage for each second of your hit in this mode.

Bypass – This will set your wattage based on the resistance of the coil and how much charge you have in the battery.

OTG – This is “On the Go” mode. This lets you use the Obelisk 65 as a power bank to charge other devices. 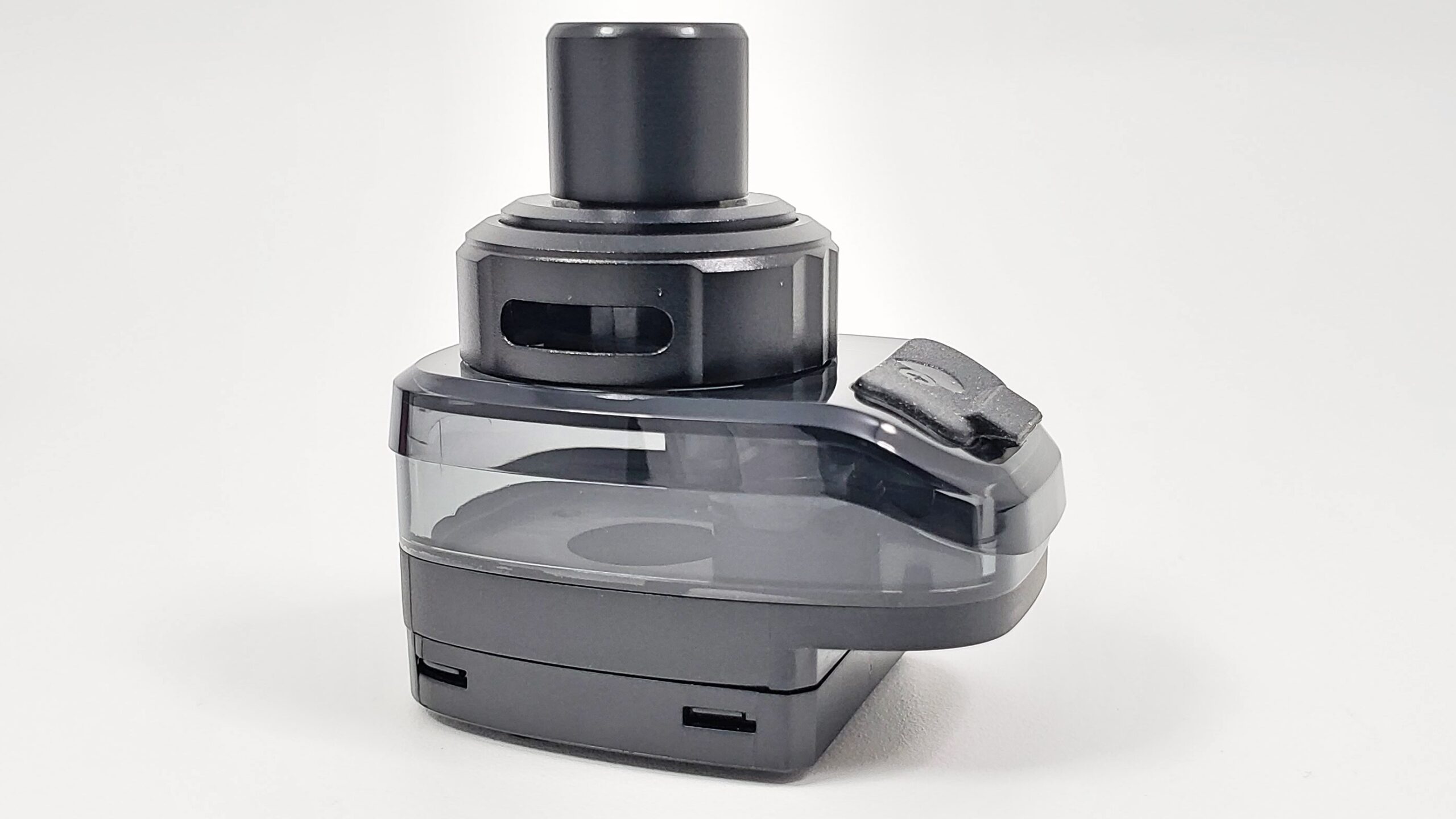 At the top of the pod is a removable 510 drip tip and below that is the adjustable airflow ring. 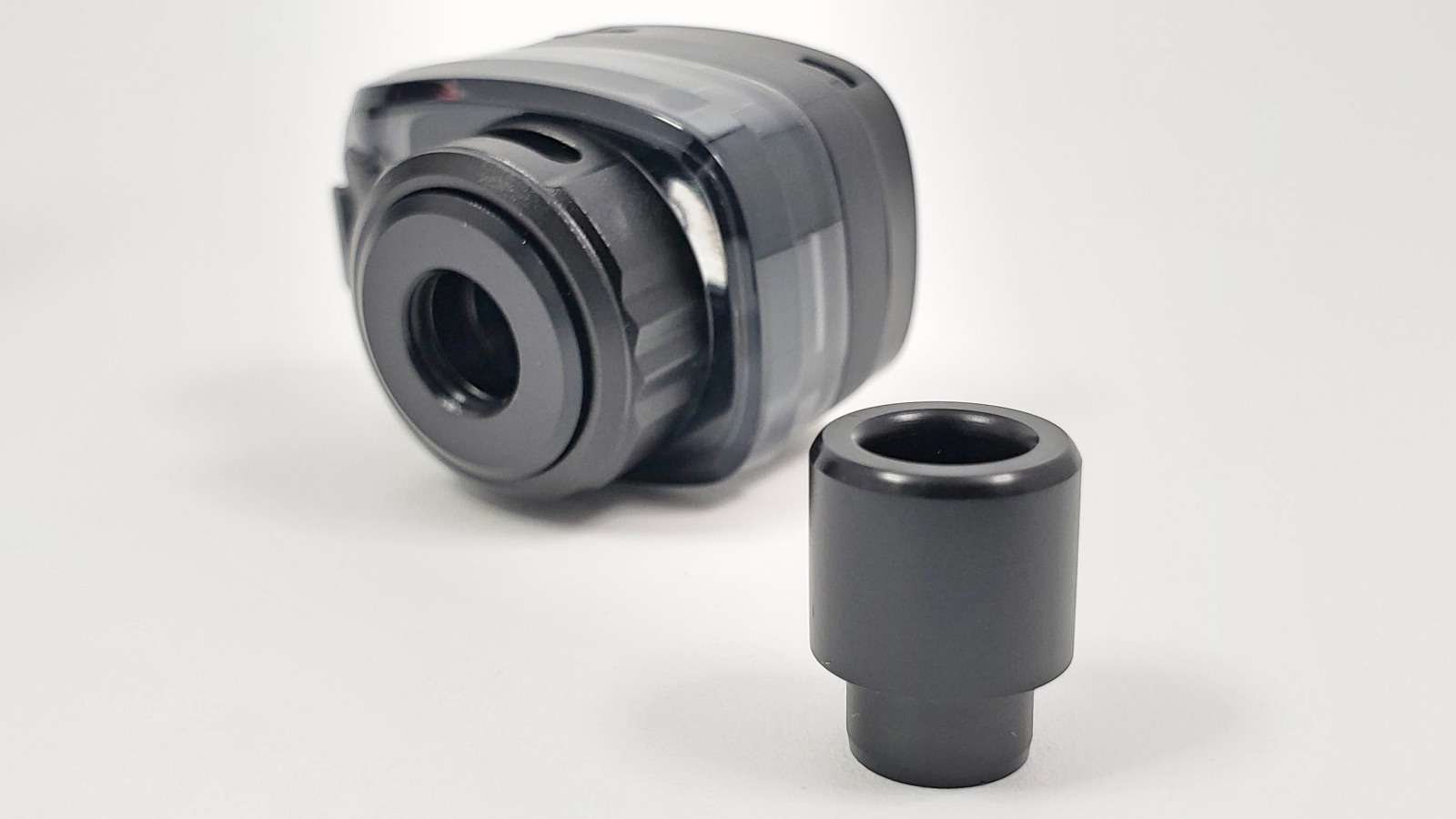 The pod holds 4.5ml of liquid. To fill the pod, lift up the silicone plug at the top. This is a nice feature because you can fill it up while it’s still in the device. 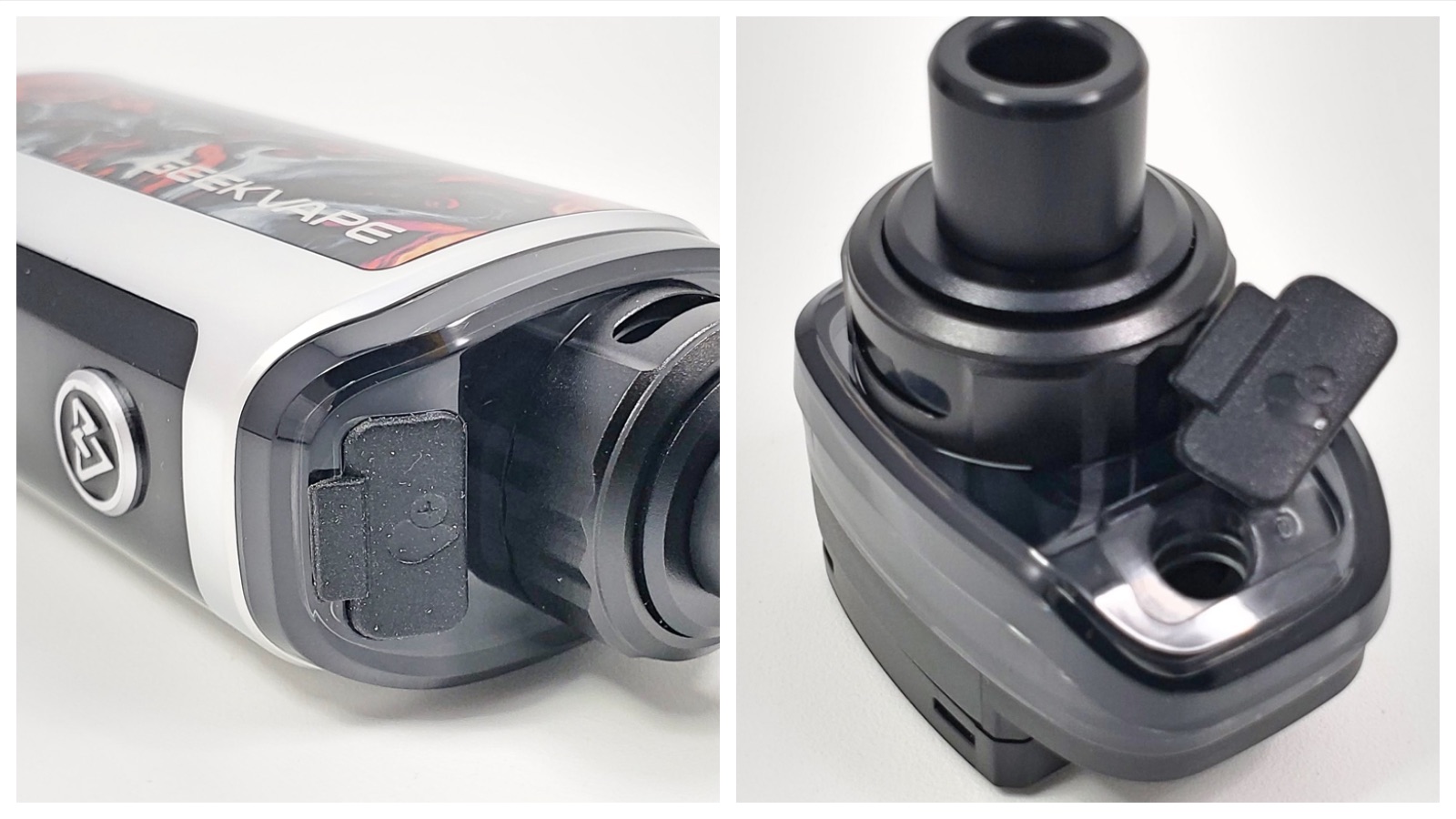 The pod uses replaceable coils, which is always a plus for pod devices, although these types of pods with replaceable coilheads tend to have slow leaks, and that’s no different here. If you let this sit for a couple of days, you’ll find liquid in the pod chamber.

The coilheads plug right into the bottom of the pod. You just need to make sure the flat sides of the coil go into the slot so that the coil sits tight. 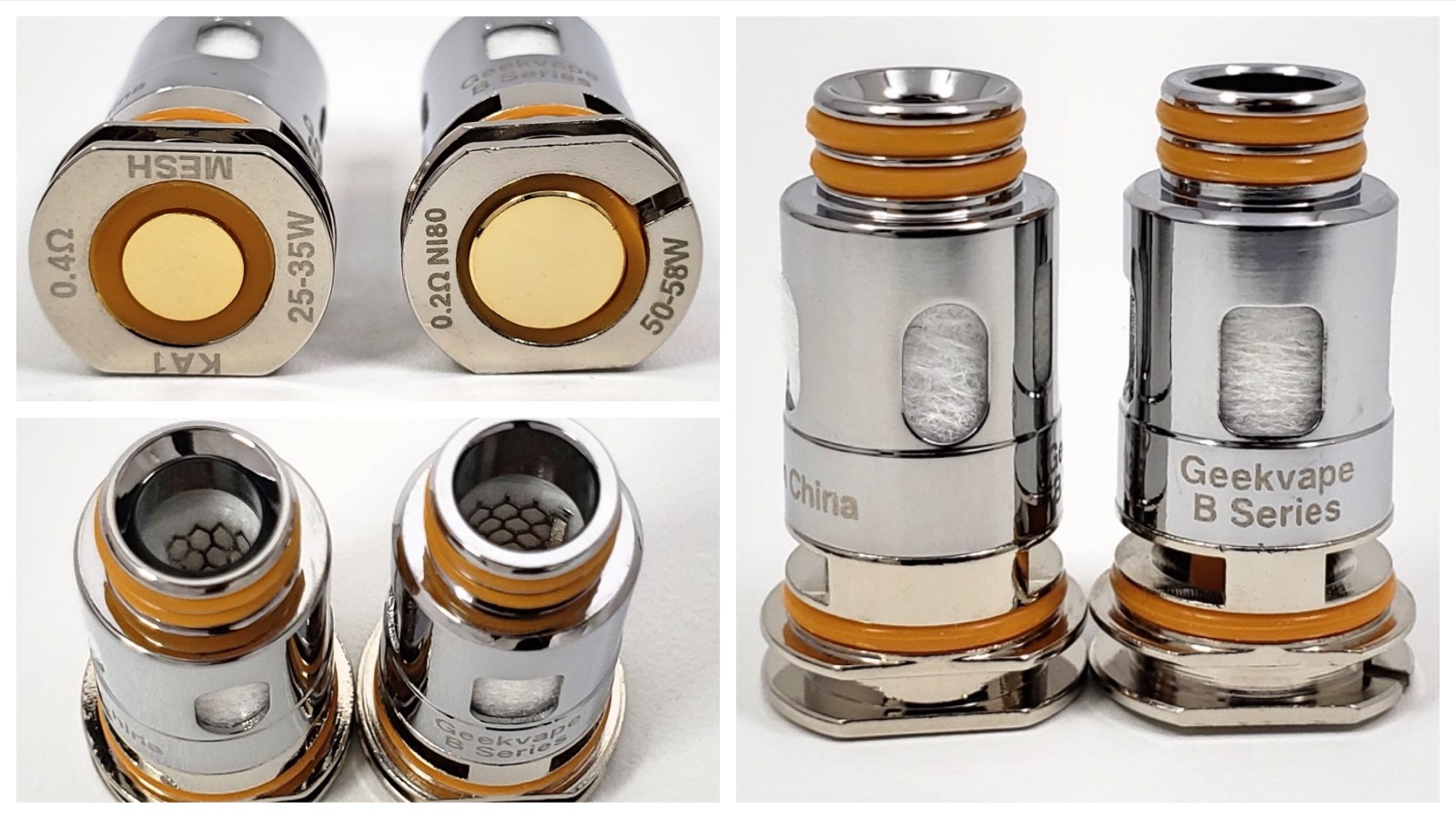 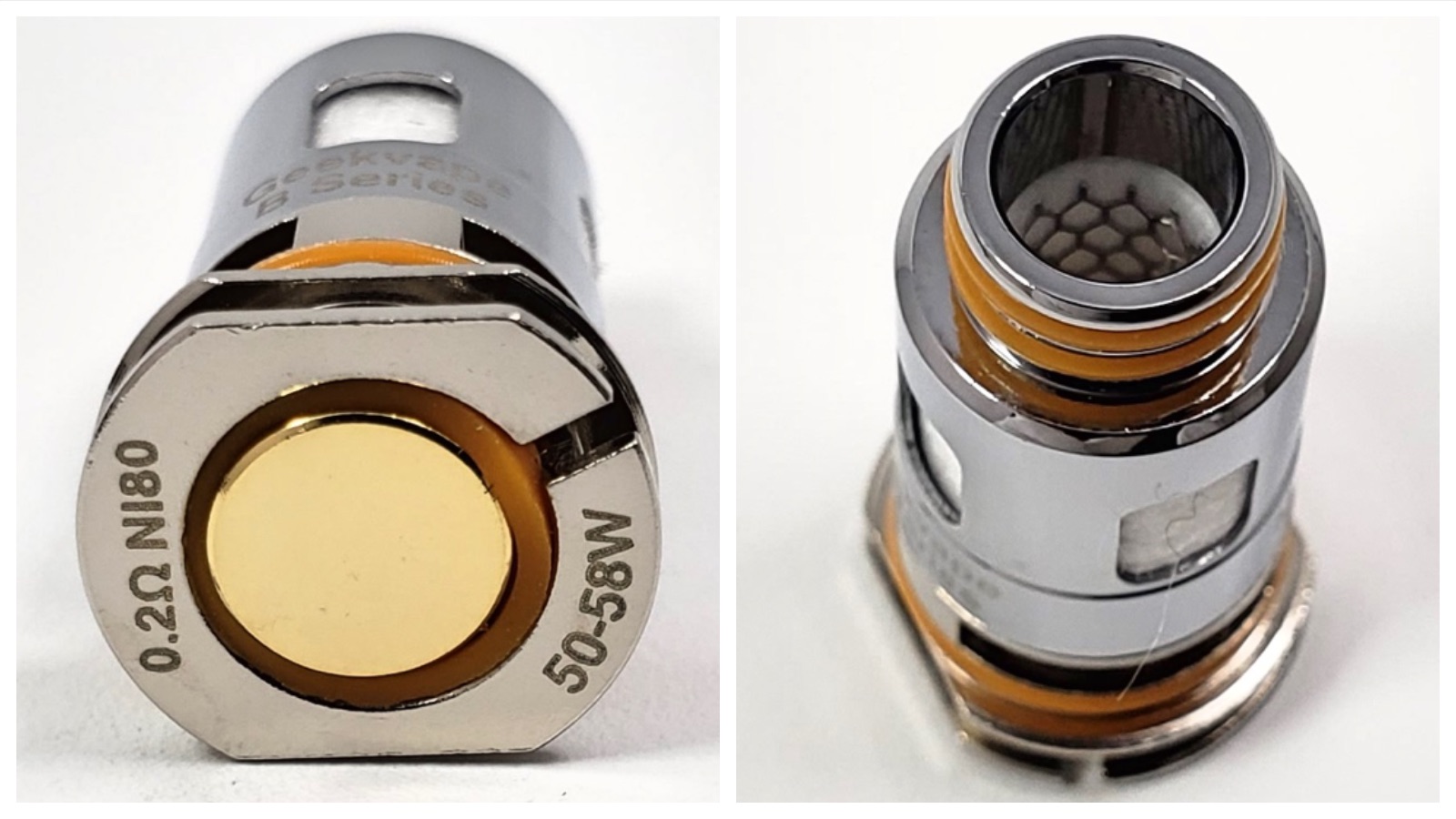 0.2 Ohm – This coil is rated for 50-58 watts – this coil works great within its full range and I don’t have any problems at all running it constantly at its max of 58 watts. I get a lot of vapor and the flavor is excellent. 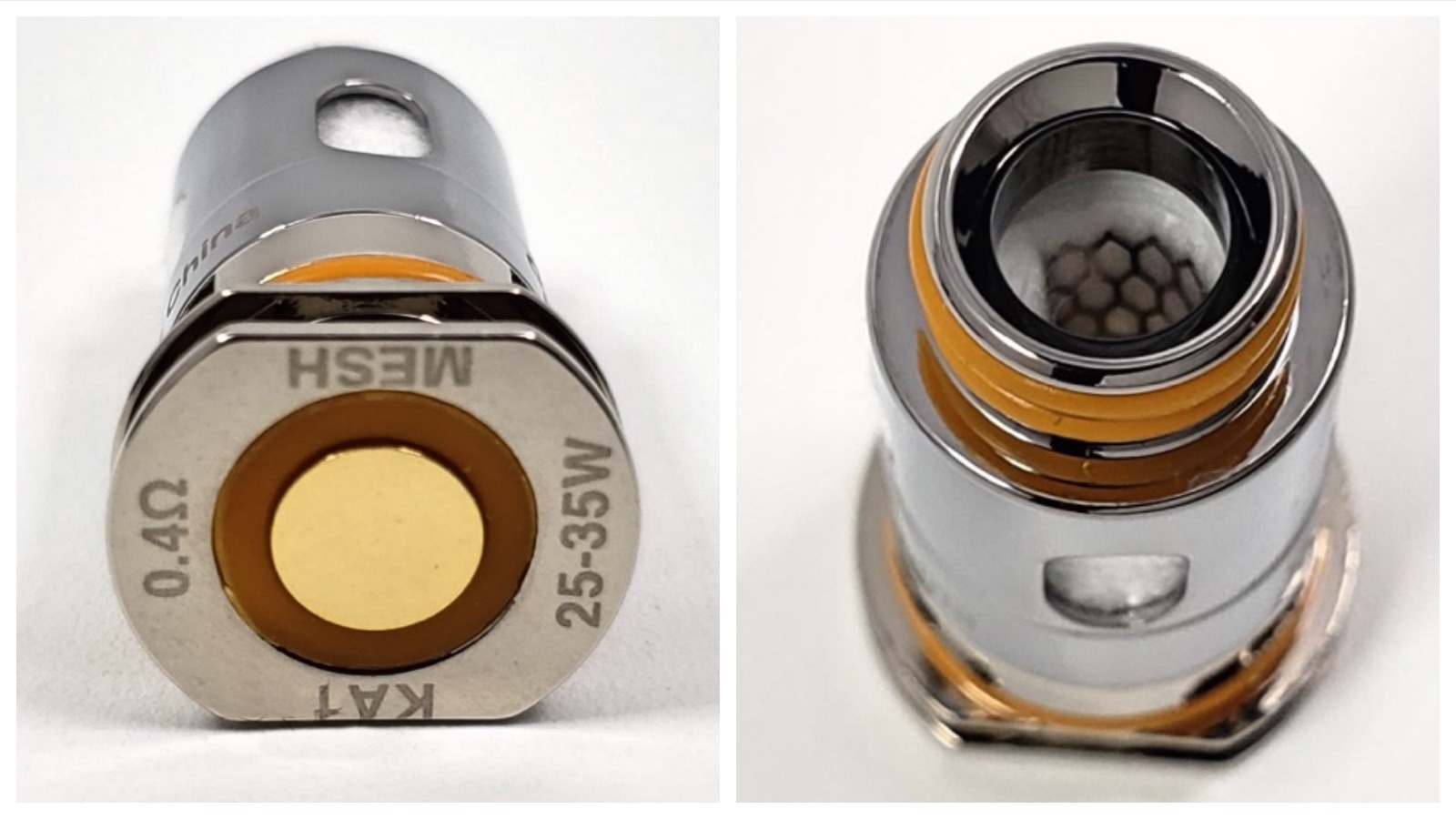 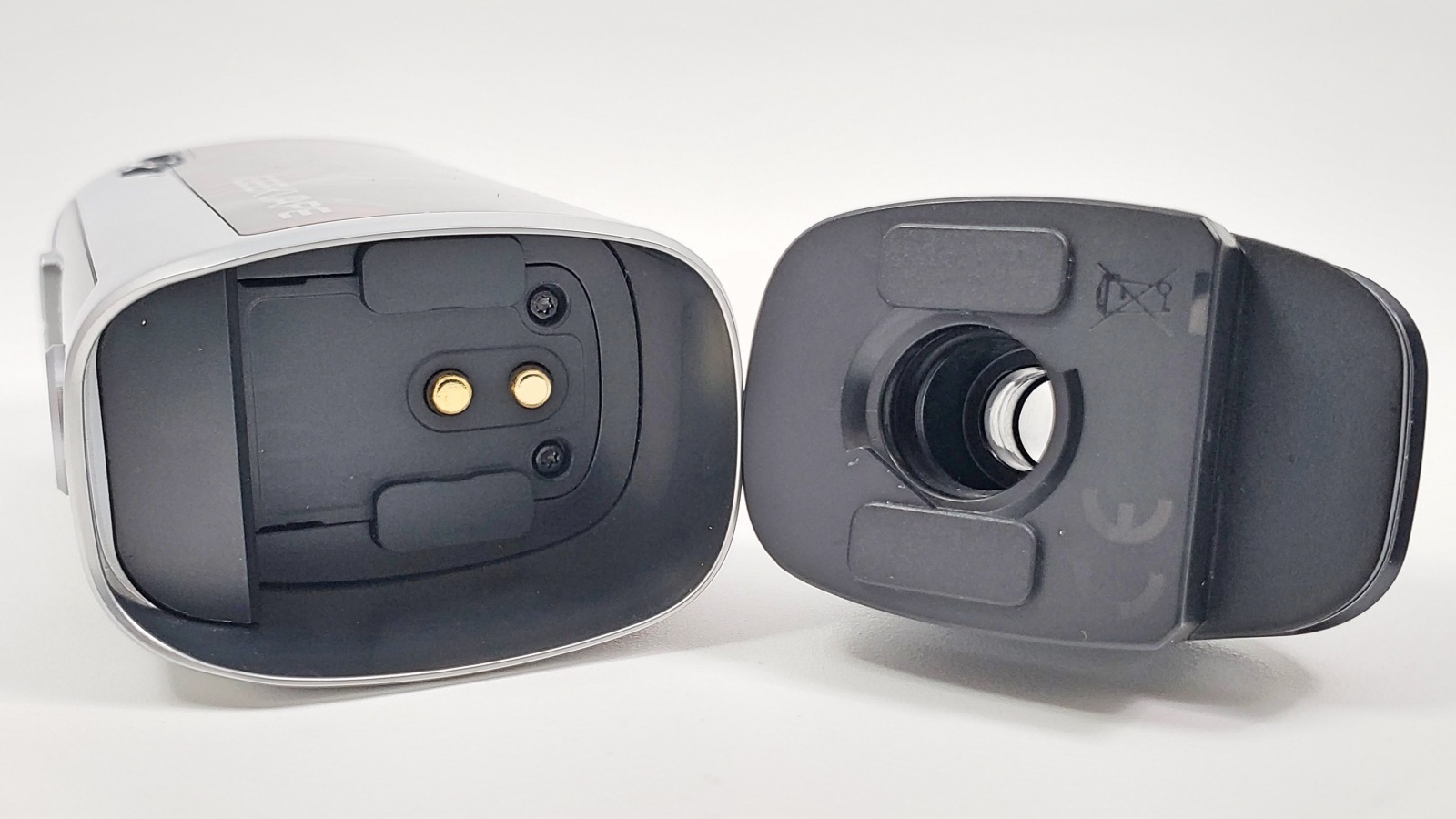 When you’re all set you can drop the pod right into the device and it holds strong in its spot. 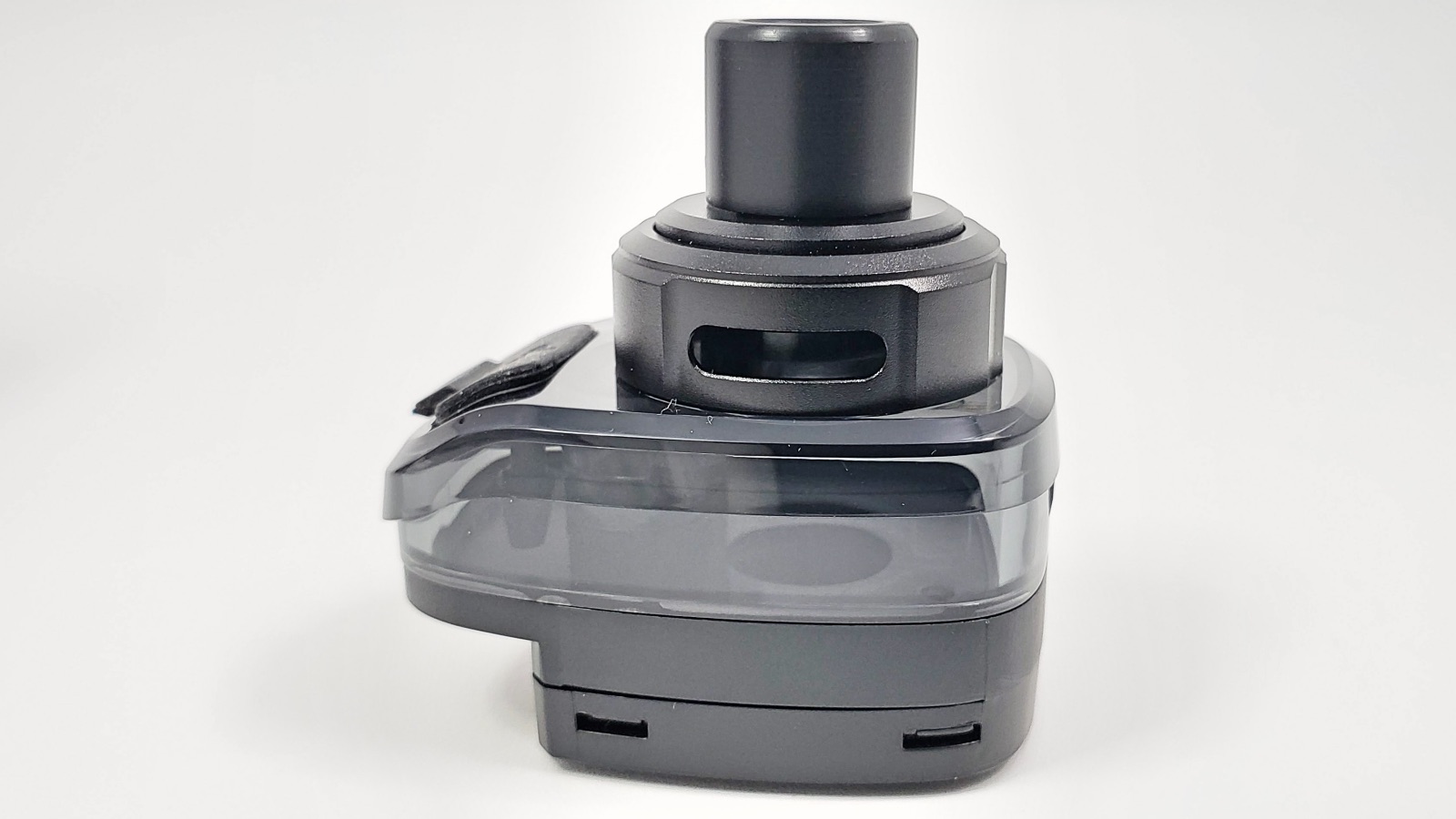 I already covered a lot of the differences in airflow above in the coil section, which differs depending on the coil that you’re using but I just want to point out that this pod has an adjustable airflow control ring so that you can fine-tune how much airflow you want, as long as it’s a lung draw type of hit. You can’t close this down enough to get a restricted tight draw.

I really like the Obelisk 65. The fast charging capabilities are really cool and I love that I can use the OTG mode to use the device as a portable power bank. The coils put out some really good flavor and the device just performs well overall. The only drawback I have is that the pods leak from the coilheads over time, so you’ll need to make sure you check on them regularly and wipe them down.