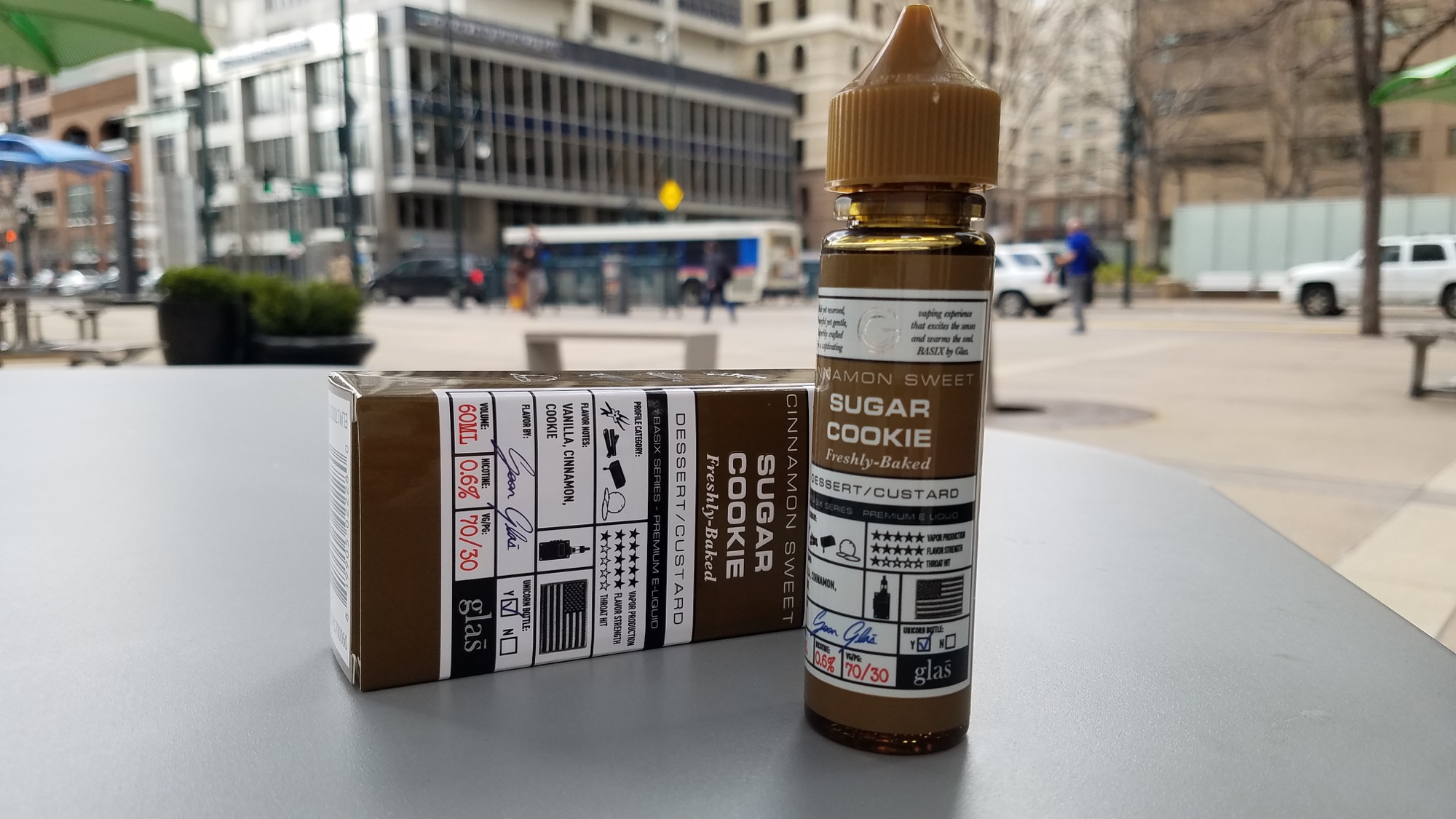 The Basix Series Sugar Cookie e-juice was sent to me for review directly from Glas Vapor.

They describe it as warm buttery cookie dough, with a brown sugar caramel glaze and topped with cinnamon and nutmeg.

It smells strong, with a prominent smell of cinnamon and just a slight hint of baked cookies. This one actually doesn’t smell so good to me because it smells a little too much like chemicals, rather than natural flavors. I think it’s that cinnamon. And to be fair, I don’t like the smell of cinnamon. I like the taste, but not the smell.

They did a really good job of making that cinnamon blend with those other flavors. It’s not at all overpowering. To me, it seems like just the perfect amount of cinnamon.

The cookie and vanilla flavors are really good. And sweet too. This is a strong sweet dessert flavor with no throat hit at all.