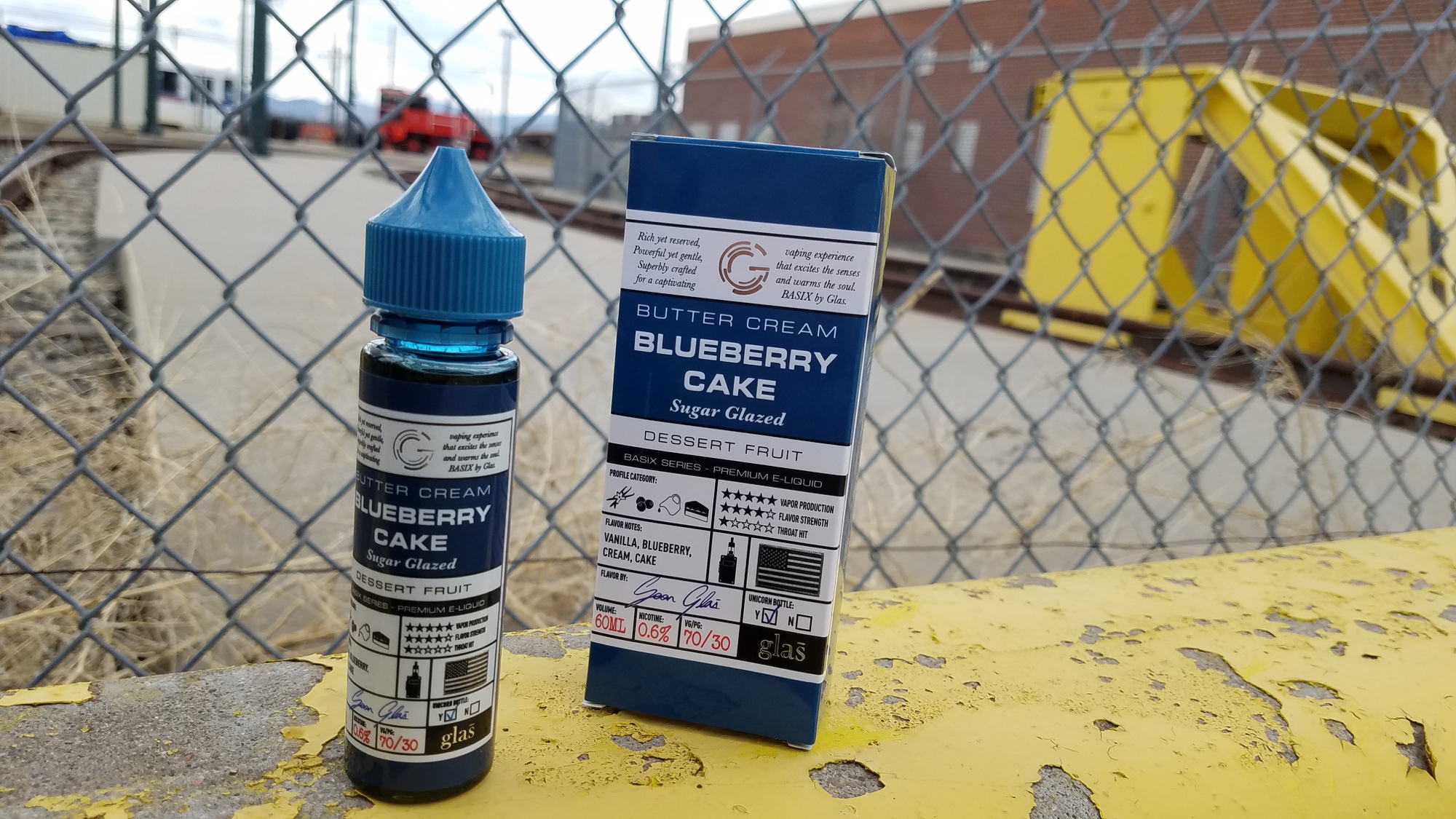 The Basix Series Blueberry Cake e-liquid was sent to me for review directly from Glas Vapor.

This flavor won the “Best In Show” award for desserts at the 2017 Vaper Expo UK, so a lot of people must really like it. Glas describes this as a vanilla cake with buttercream, blueberries, and sugar glaze.

It smells like blueberry cake but like an artificial sweetener of a blueberry cake, not a real one. I can smell both the blueberry and cake flavors. I can’t really smell the cream or vanilla flavors through that strong blueberry smell. And I actually asked my wife to smell this one too and she thought it smelled musty, which makes me think that Glas is using bilberry in this flavor because you hear that a lot from DIY mixers who use bilberry. I’m not one of those people who can get that smell though, so to me, it just smells like blueberry.

This one is really smooth and has practically no throat hit at all. The flavor definitely tastes like blueberry to me, but it’s not overly strong. It has a unique mild taste too it too. This one is unique. I’m having a hard time identifying the flavors. I get a little bit of that cake and cream in there and it’s pretty sweet, but it has a slight hint of something that sort of reminds me of black licorice on the exhale. That black licorice flavor is really light and I can barely taste it, but that’s what it tastes like to me. I really don’t mind it though, I think it’s a very good blueberry cake e-juice with a really unique twist to it.