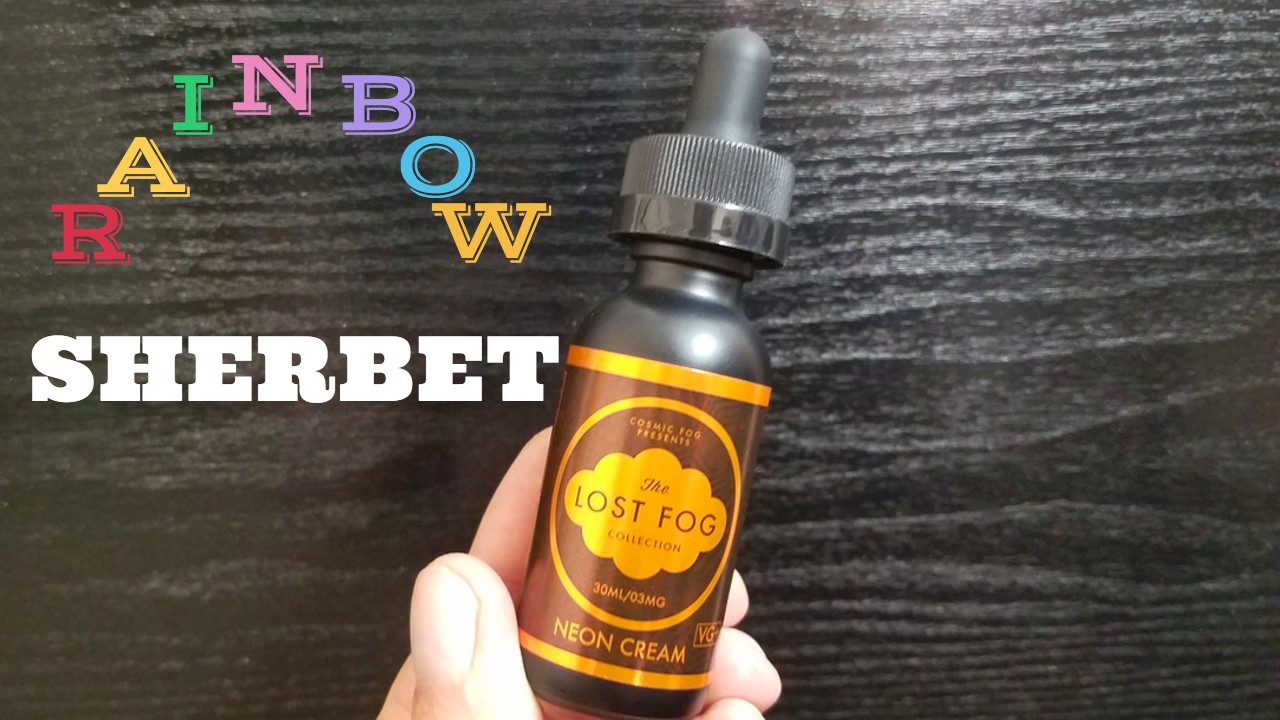 I actually won this in a giveaway from EVCigarettes.com, so I want to thank them for putting on the giveaway.

This is made by Cosmic Fog and comes from their Lost Fog collection. I don’t know why they’ve named this line The Lost Fog Collection because I can’t find any information about it on their website.

It comes in a nice solid black bottle with an orange and black metallic-like label. It’s a really nice looking bottle.

They describe it as a rainbow sherbet flavor with a mix of orange, raspberry, and lemon-lime with subtle cream and chilled. Sounds pretty good.

It can definitely smell the orange flavor, but the raspberry isn’t really coming out. It has a bit of citrusy smell too, so that’s probably the lemon-lime flavor. It also smells very sweet.

The flavor is very mild. It’s nowhere as sweet as it smells. I get just a slight hint of orange and lemon-lime. It reminds me more of cereal than sherbet. I don’t get a lot of cream, maybe just a little hint of it. I can’t really taste the raspberry, but it’s probably in there adding to the overall flavor profile. It’s pretty good though.

I’ve reviewed several of Cosmic Fog’s e-juices in the past and they never seem to match up to the flavor profile for me. I’ve liked all of their e-juices though, it’s just that they don’t taste close enough to how they’re described.

So yeah, it doesn’t taste like rainbow sherbet to me, but I do think it’s a good e-juice and I see no reason why I wouldn’t vape this bottle all the way through.