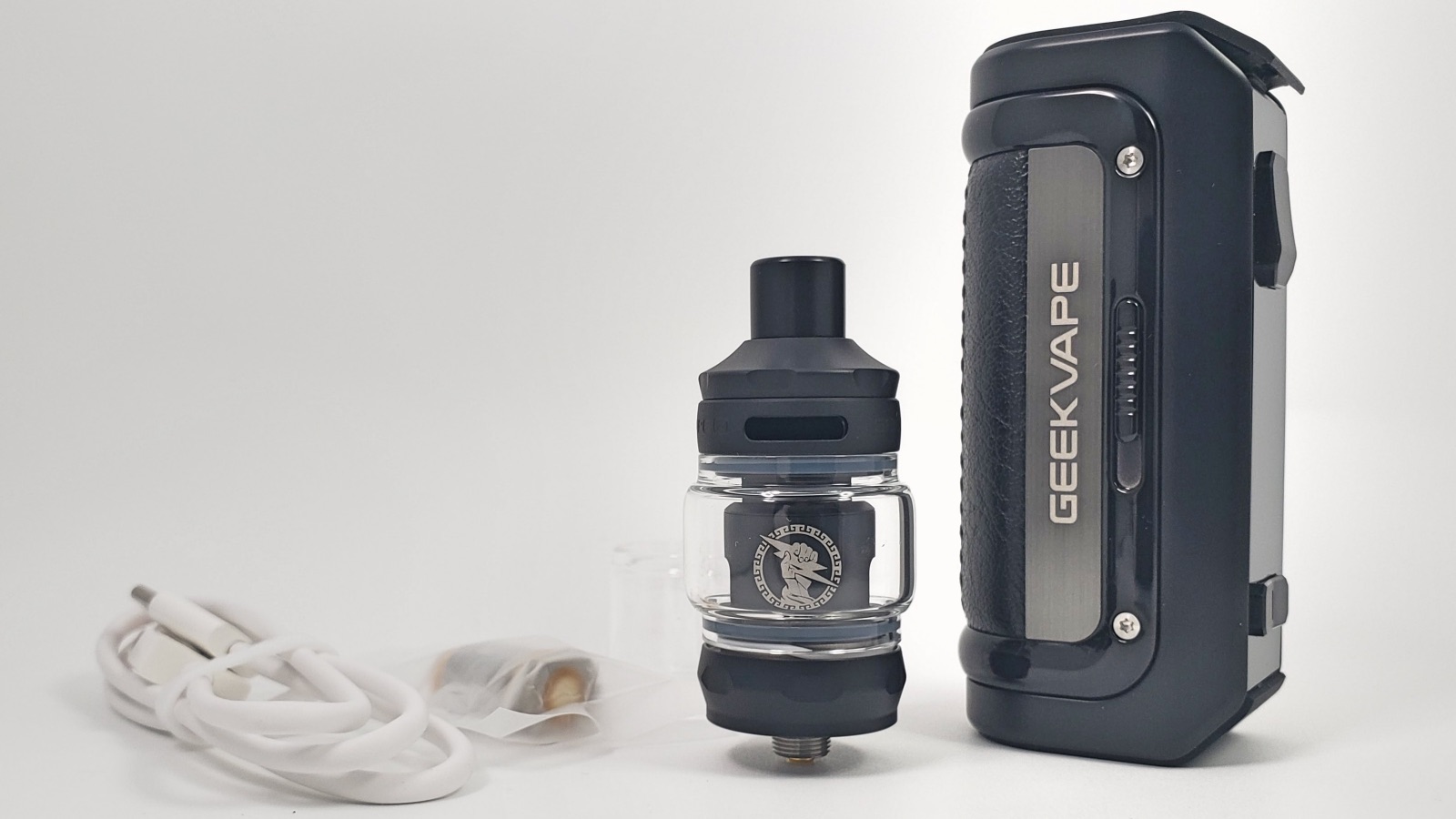 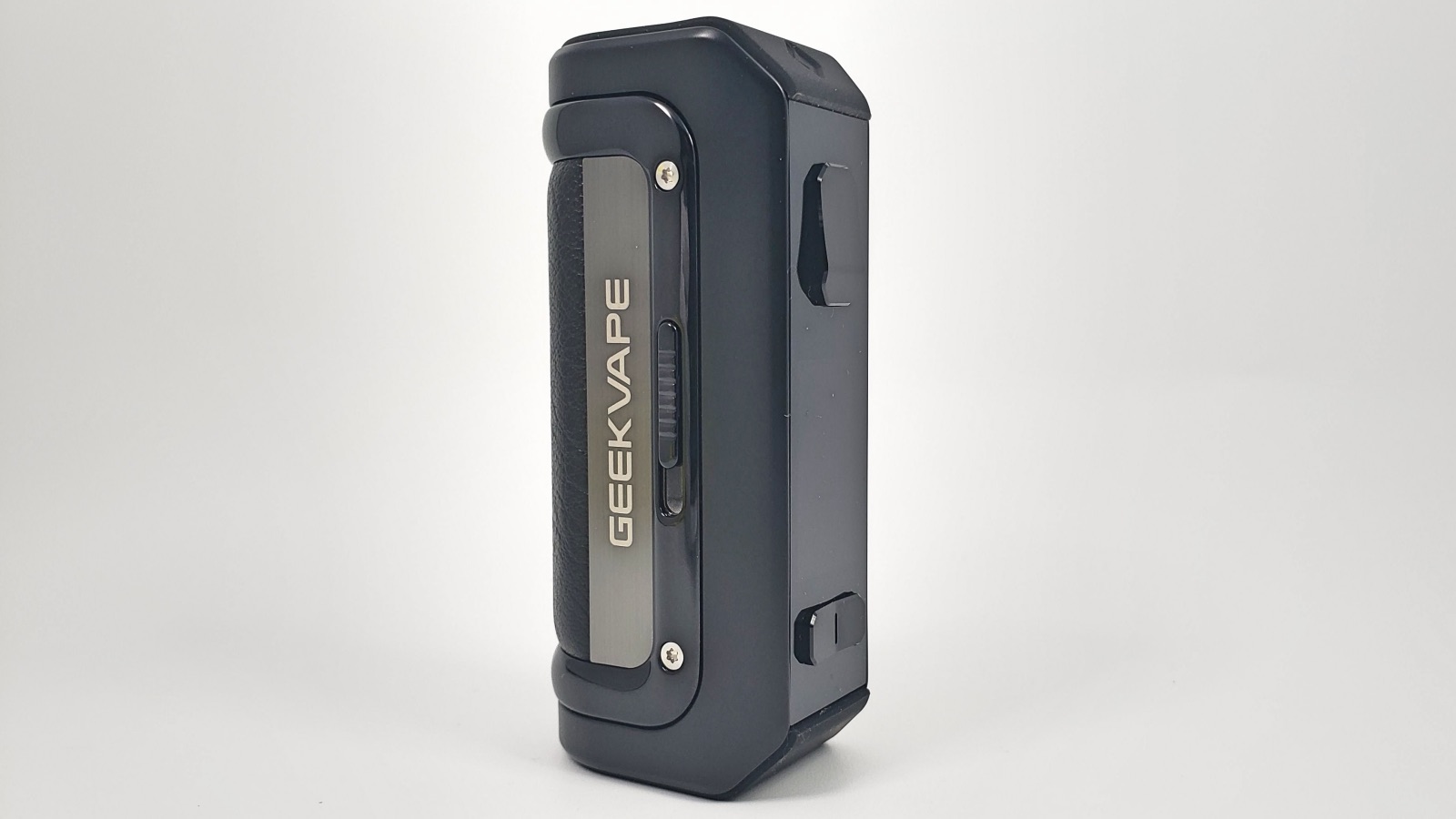 The M100 has that traditional Aegis look but all the parts are a little more blended together than other devices in the line. And I actually like that. It almost seems less obvious that it’s an Aegis device. I’ve always loved the look of everything in the Aegis line and it’s fun to see the different iterations of it. 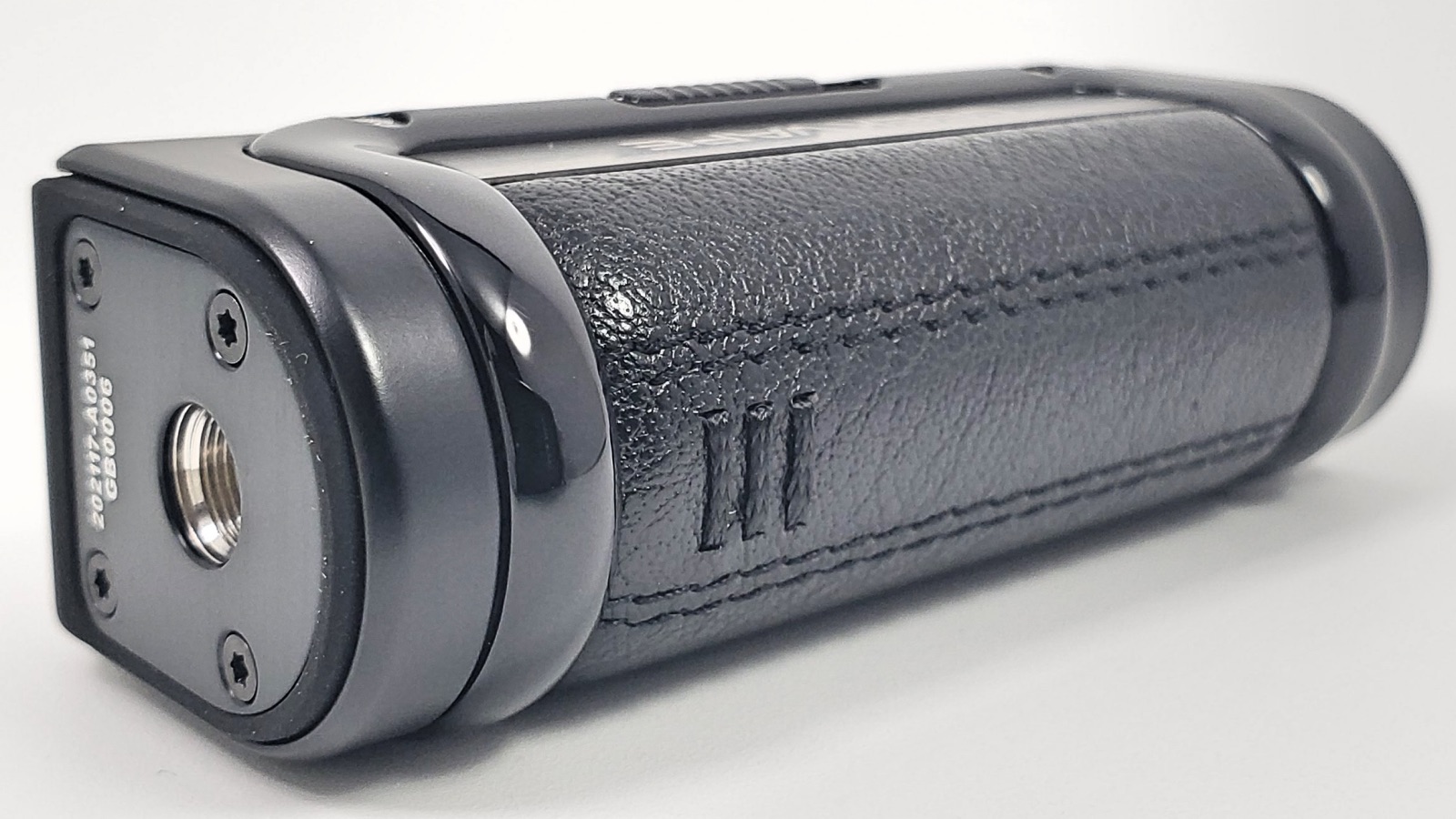 The screen is 1.08″ and shows the mode, battery level, wattage or temperature setting, the resistance of your atomizer, amps, volts, and number of puffs.

When I first saw the design of the M100, I didn’t realize it was a product in the Aegis line because it looks like any usual vape device. But nope, it’s an Aegis product with the same durability you’d expect. It has IP68 dust and water protection and it also has shock protection. I think that’s pretty impressive for a device where that durability isn’t so obvious.

Geekvape says the M100 has an all-time stable output system using buck-boost technology. So that means you’ll always get a steady output of power during the entire duration of your hit, even when the battery is low.

Geekvape has started including what they call the A-lock on all of their newest devices and I really like it. It’s just a switch on the side of the device that locks all of the buttons. It’s a simple concept but really useful because it’s so quick and easy to use. 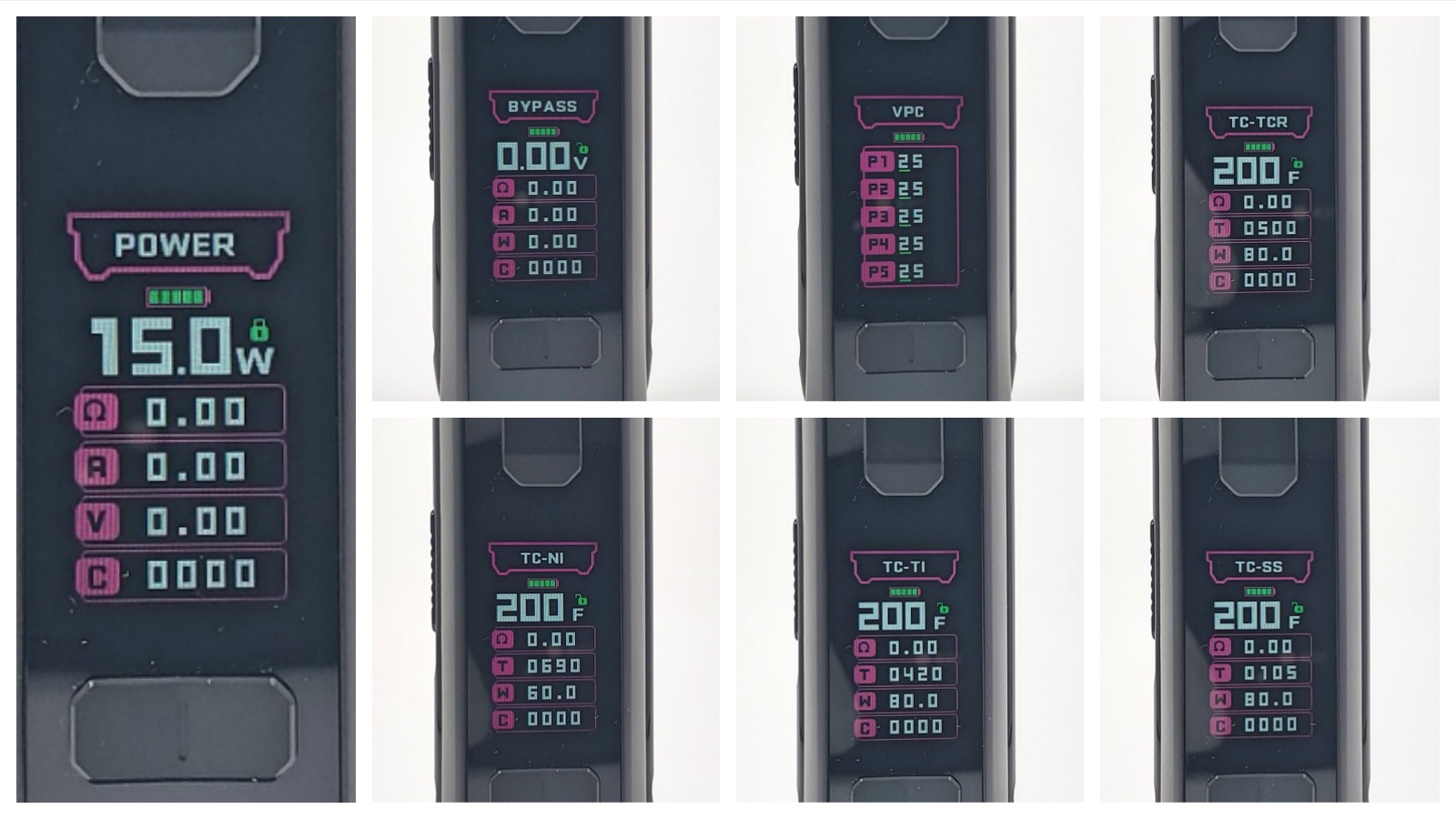 You have several modes in the menu:

Power – You can adjust the wattage from 5 to 100 watts in 5-watt increments or scroll quickly by holding the button adjustment buttons down.

Bypass – This mode will run the device based on the charge of your battery and the resistance of your atomizer.

VPC – If you want to specify the wattage for each second of your hit, you can do that with VPC mode – anywhere from 5 to 100 watts. You can customize up to five seconds so if you vape longer than that, you’ll want the final second to be whatever wattage you want to vape for the rest of your hit.

TC-Ni, TC-Ti, and T-SS – You have three preset temp-control modes which are designed specifically for either nickel, titanium, or stainless steel wire. You can also adjust the starting wattage for each of these modes. And if you want to set the TCR value yourself, you can do that in TC-TCR mode

There are few other settings as well:

Stealth – If you want to keep the screen dark while you’re vaping, you can turn on stealth mode by holding all three buttons for three seconds; the up and down adjustment buttons and the firing button.

Theme Colors – If you want to change the screen colors, you can do that by going into the mode screen and then holding the up and down adjustments buttons for a couple of seconds. You can keep those held down to scroll through the colors. 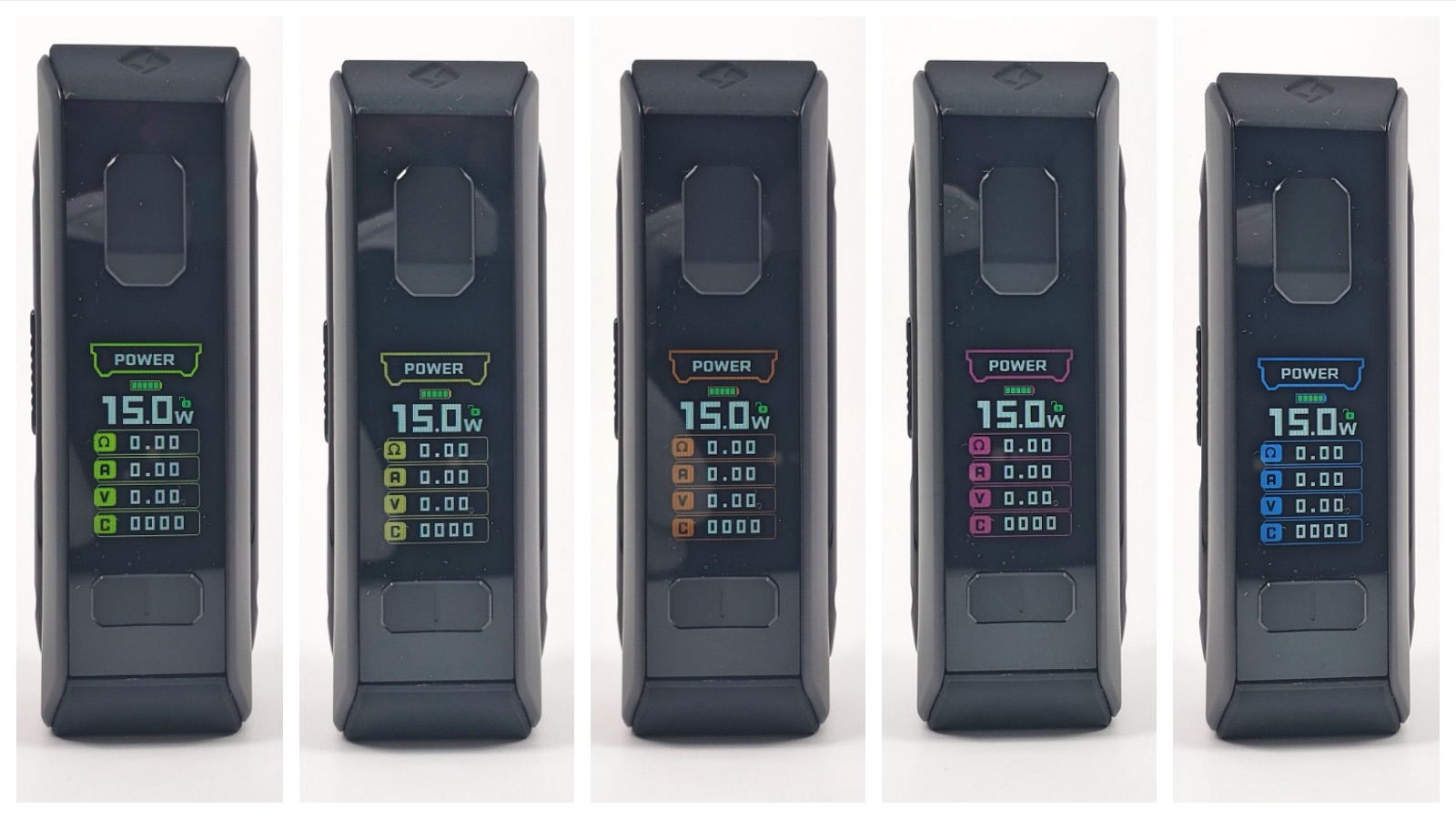 Screen Brightness – And if you want to adjust the screen brightness, you can make it brighter or darker by holding the firing button with either the up or down adjustment button.

The battery inside the M100 is a non-removable 2500mAh battery. It’s a big battery in a little device. You charge it by flipping up the rubber seal on the top of the device and plugging in a USB-C cable. 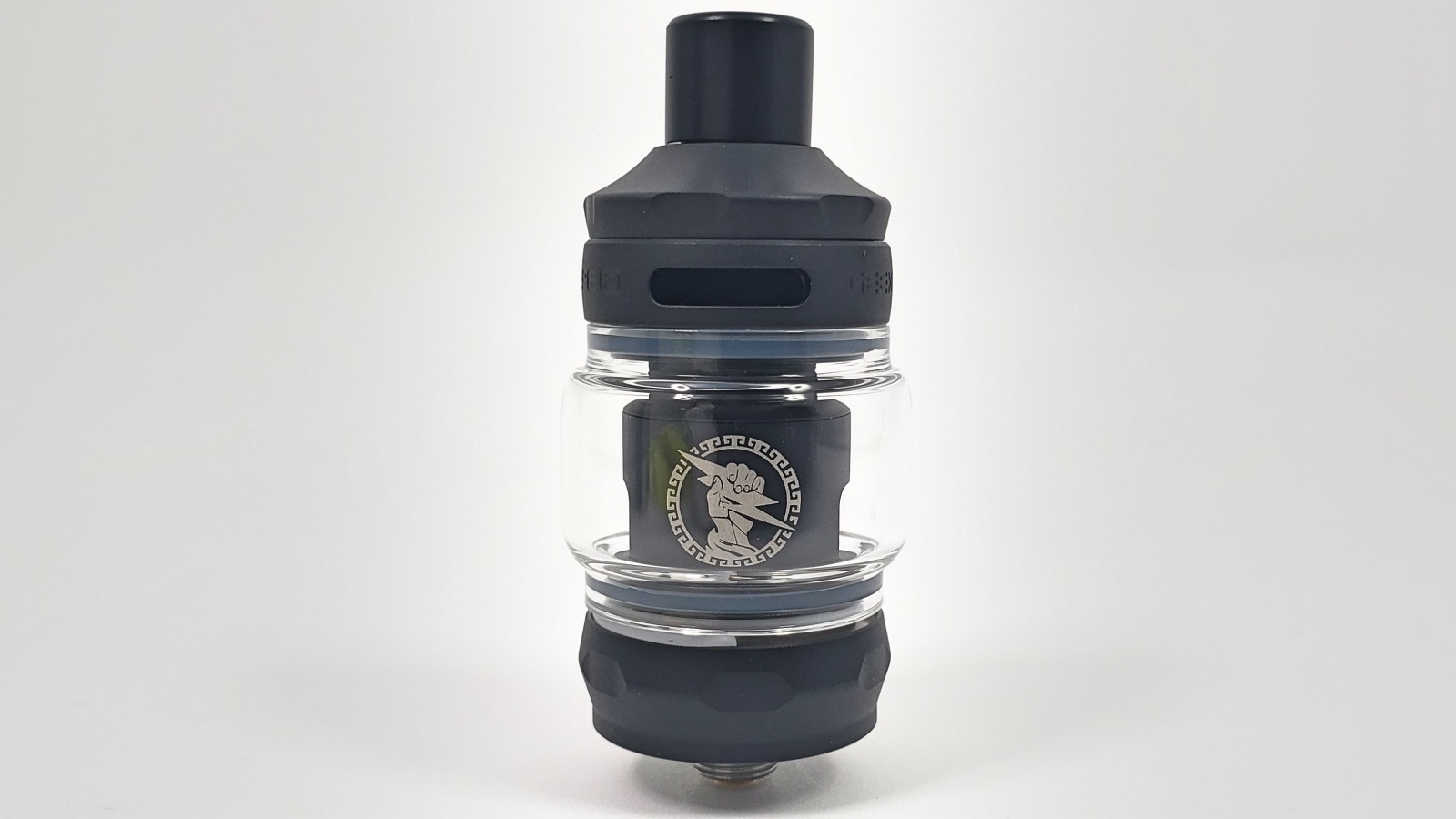 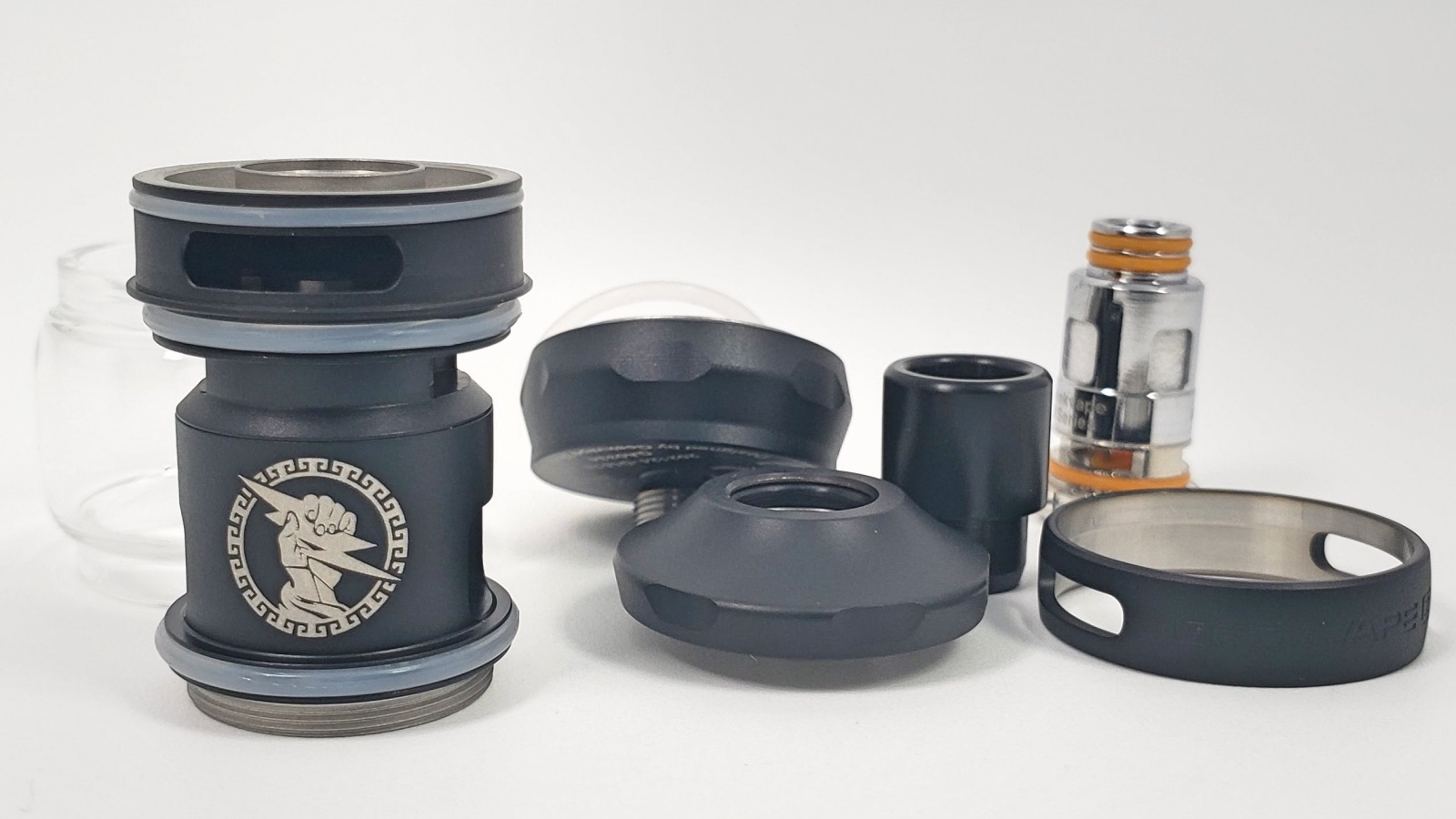 So this is a top airflow tank with adjustable airflow. It’s a lung draw device, or at least as far as I know with the coils that Geekvape includes. With the airflow shut all the way down it’s still a restricted lung draw. So this tank is going to be more for people who want good performance at lower wattages, like a max of 40 watts.

This tank uses the B-series line of coils from Geekvape which currently consists of four different coilheads, one of which being an MTL coilhead. Since they don’t include that coil in any of the kits, I don’t know how well it works for restricting the draw. But of the coils I’ve tried, I think they have pretty good flavor and perform really well. 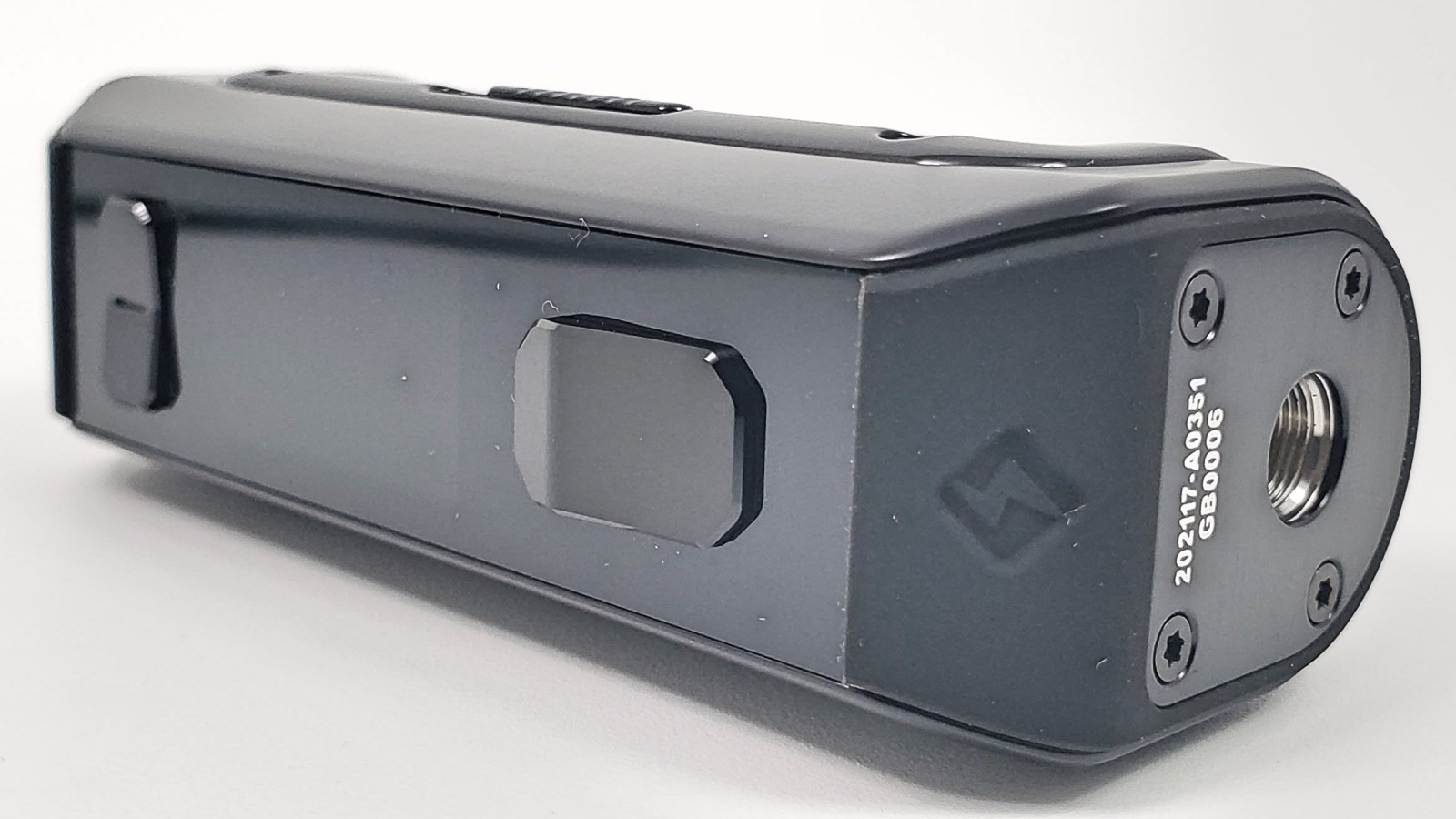 The M100 is a really nice device. It’s pretty much the same thing as the new S100 but smaller and with a built-in battery, and that’ll be perfect for some people. If you don’t want to deal with a removable battery or if you want something more portable, get this. It has all the features you might want, it can go up to 100 watts, and it can take a beating like anything else in the Aegis line.