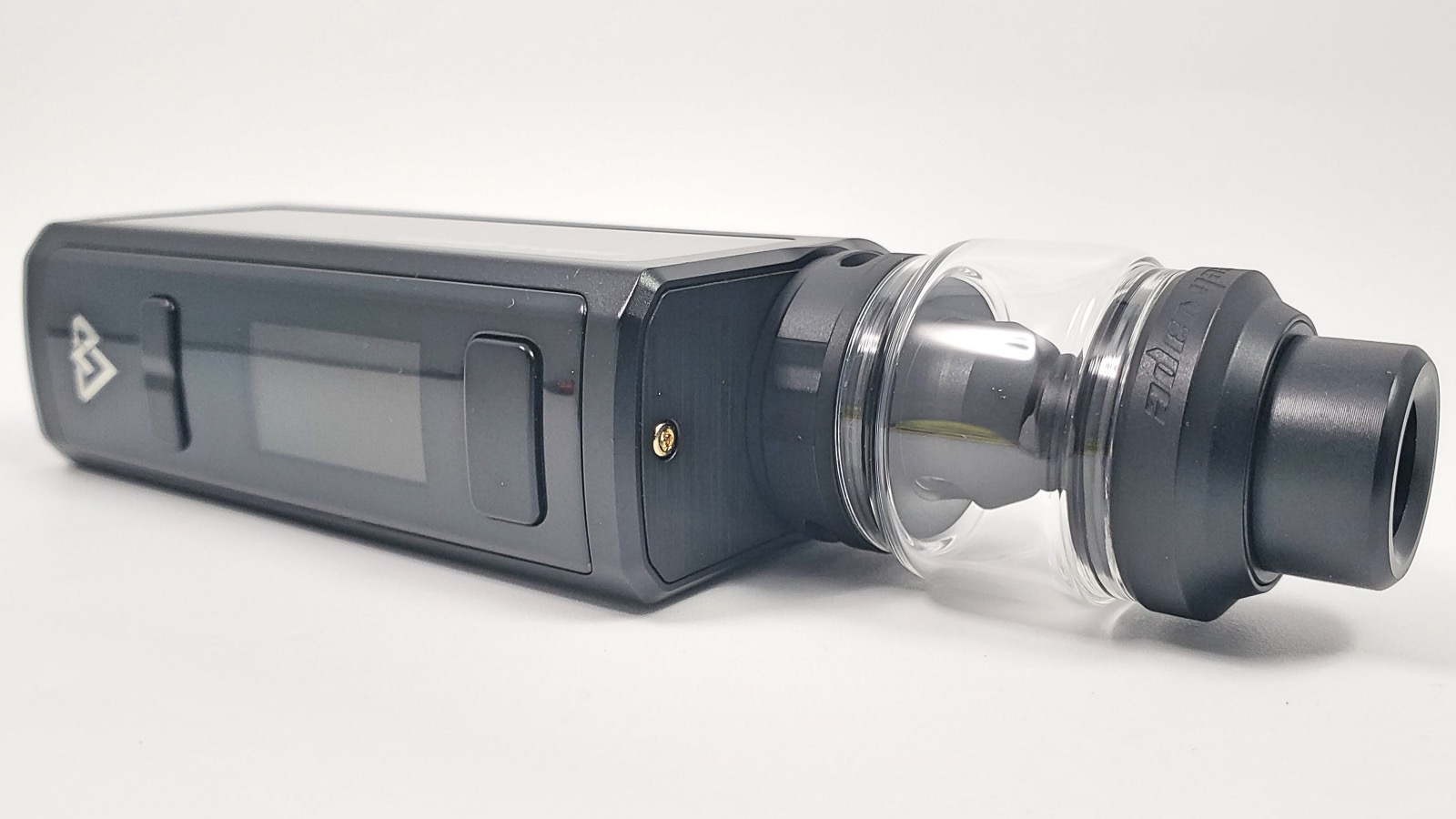 The Geekvape Obelisk 200 kit was sent to me for review from Geekvape. This is a dual-battery 200-watt device designed to be small and light, which isn’t always easy to do with a dual 18650 device. 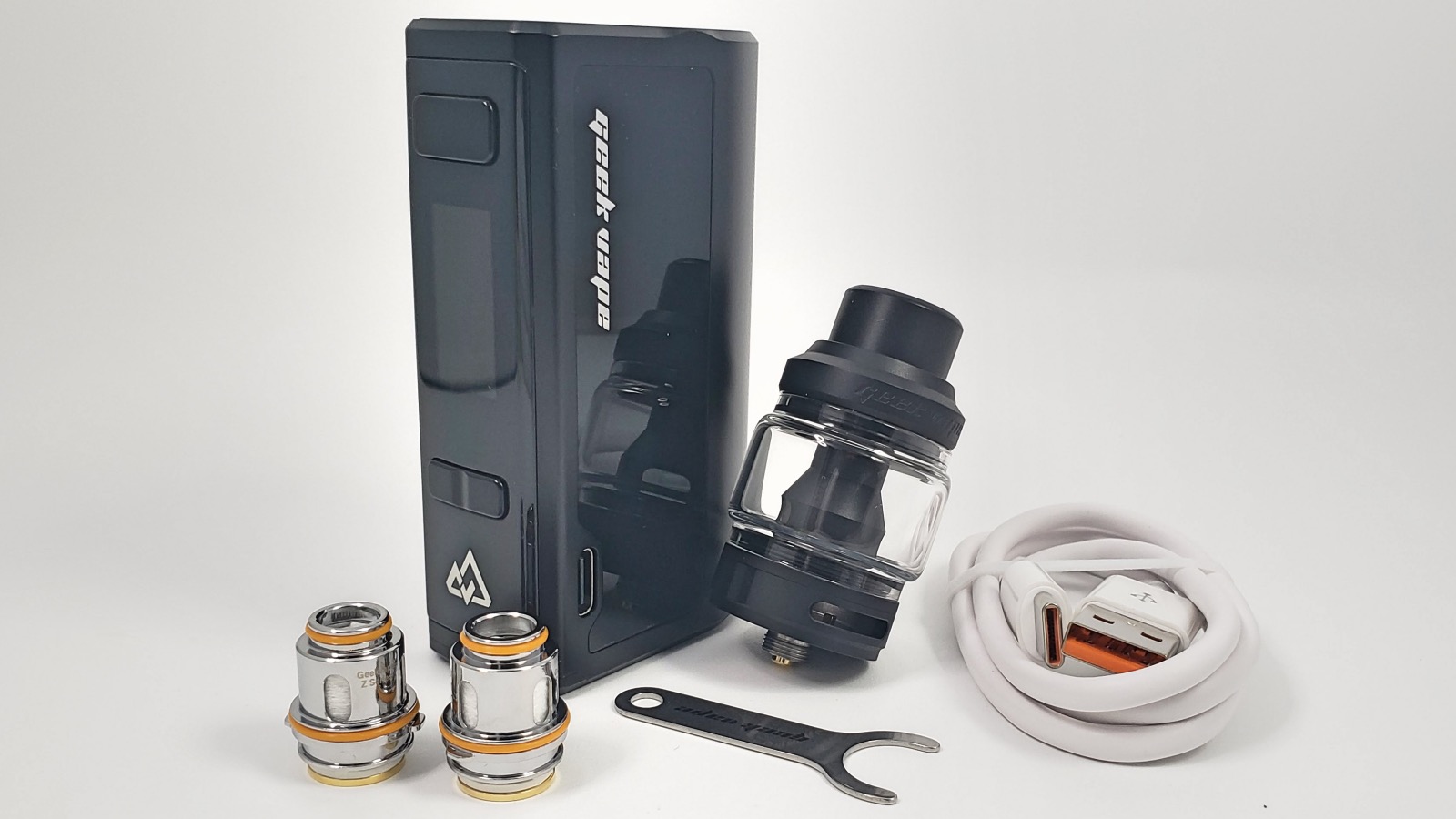 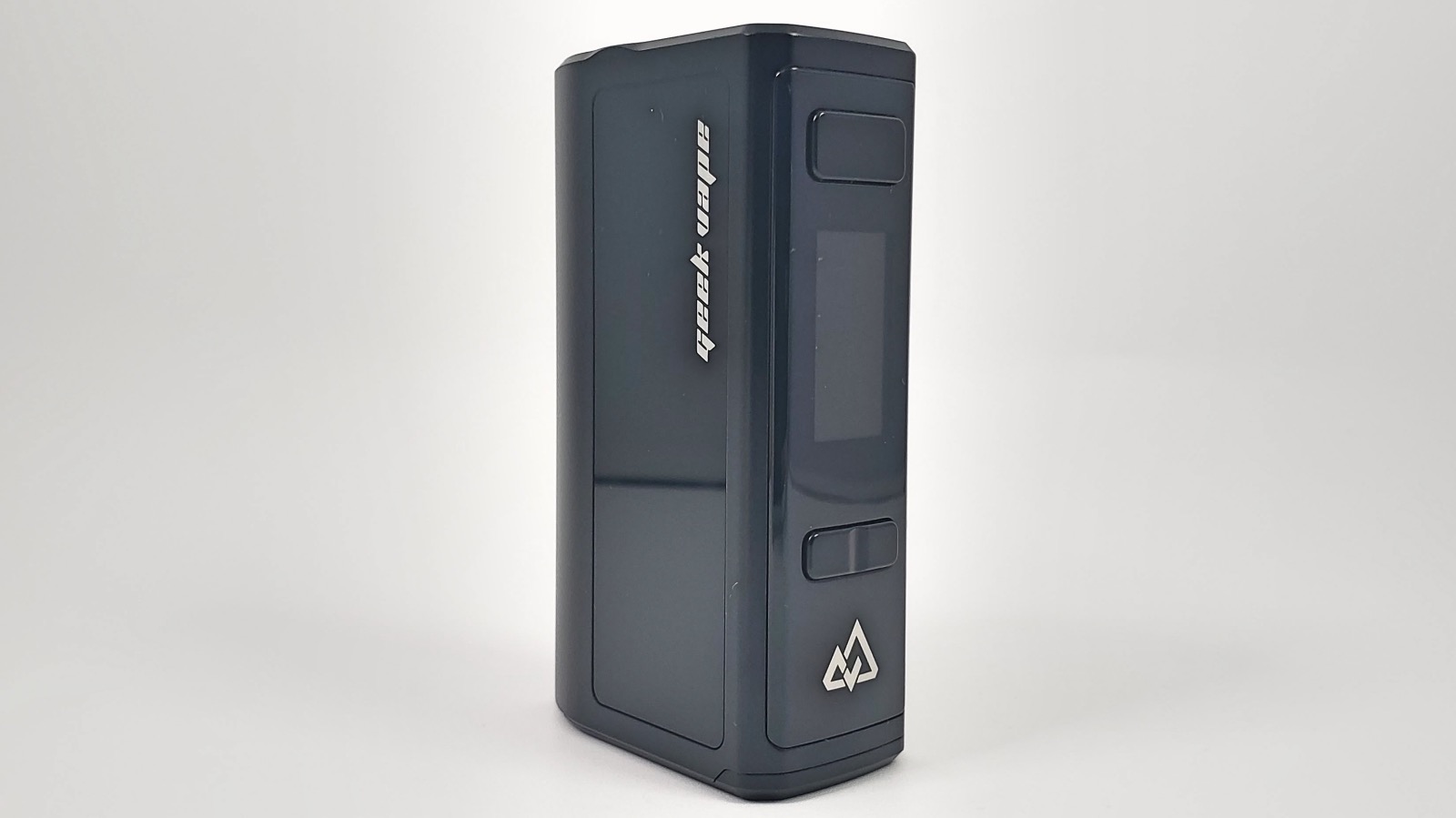 I think the design of the Obelisk 200 is really interesting. I think it sort of has a classic retro look to it but with some modern touches. It’s also really simple and that’s also interesting because the reason it’s so simple is that it’s CNC machined using a single block of aluminum. Fewer parts make it lighter but also make it more durable, so that’s nice.

For a dual-battery device, it’s also really small. It’s 82mm tall and 48.5mm wide so you can just about palm the entire thing.

The panels have several decorative layers applied to them that overlap and give the design a nice textured effect that also refracts light. It looks really cool. 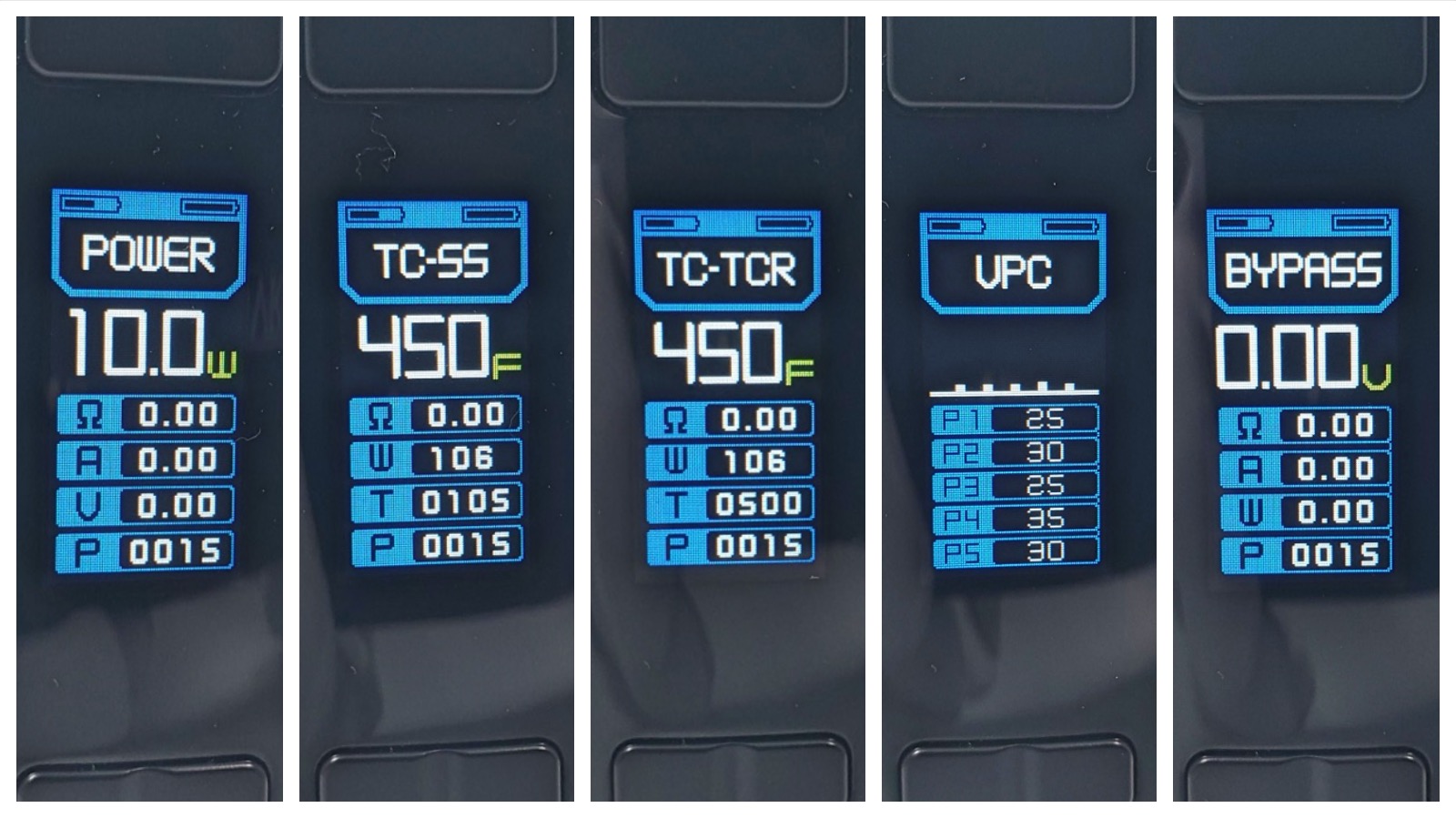 To get into the menu, press the firing button three times fast. You have several modes here.

Power – This is your usual wattage mode. You can also lock your resistance and reset the puffs. You can adjust the wattage from 5-200 watts. It moves in 5-watt increments or scrolls super-fast if you hold the adjustment buttons down.

TC-TCR – This mode is exactly like TC-SS mode except you have the ability to change the TCR value for whatever type of temperature-coil wire you’re using.

VPC – This is a wattage mode that lets you adjust the wattage for each second of your hit for up to five seconds.

There are some quick settings here too. 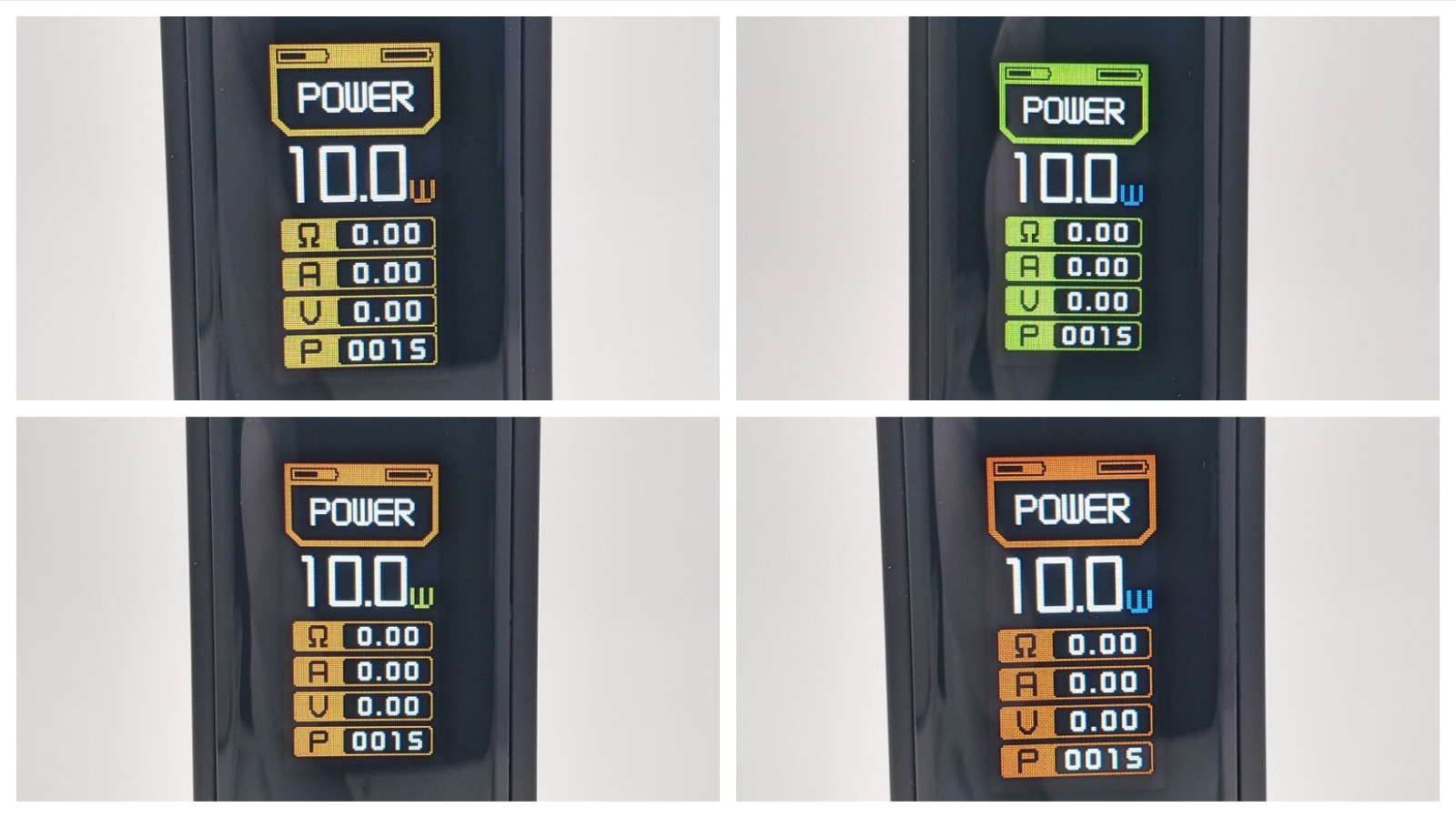 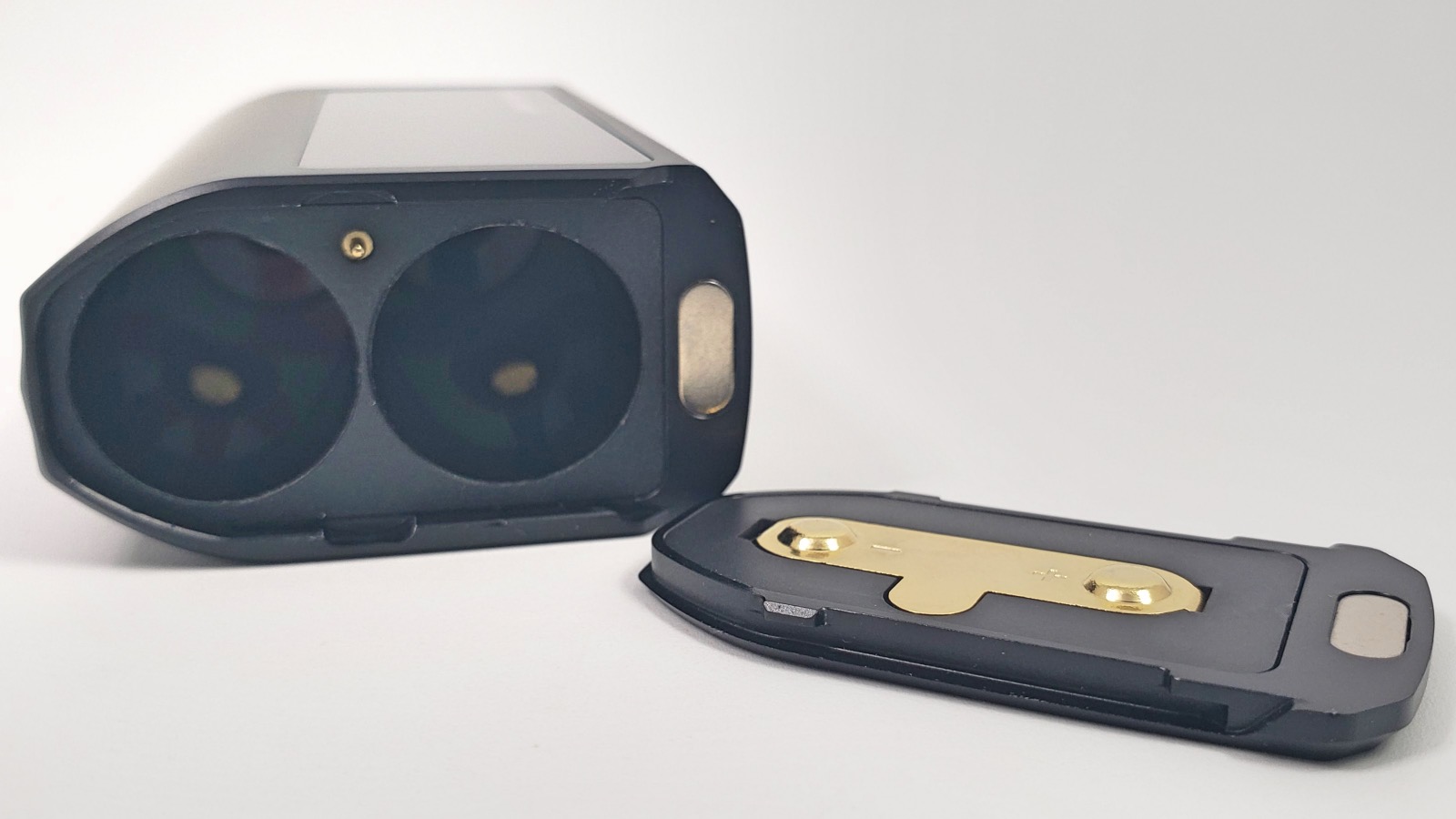 The Obelisk 200 is a dual 18650 battery device. The battery door on the bottom is held in place with strong magnets. It slides completely off the device, letting you drop the batteries in nice and easy. Now personally, I’m not a fan of the cap coming entirely off. It just makes it easier to drop and lose but I’m also a very clumsy person.

You can charge the batteries using the USB-C cable included in the box. 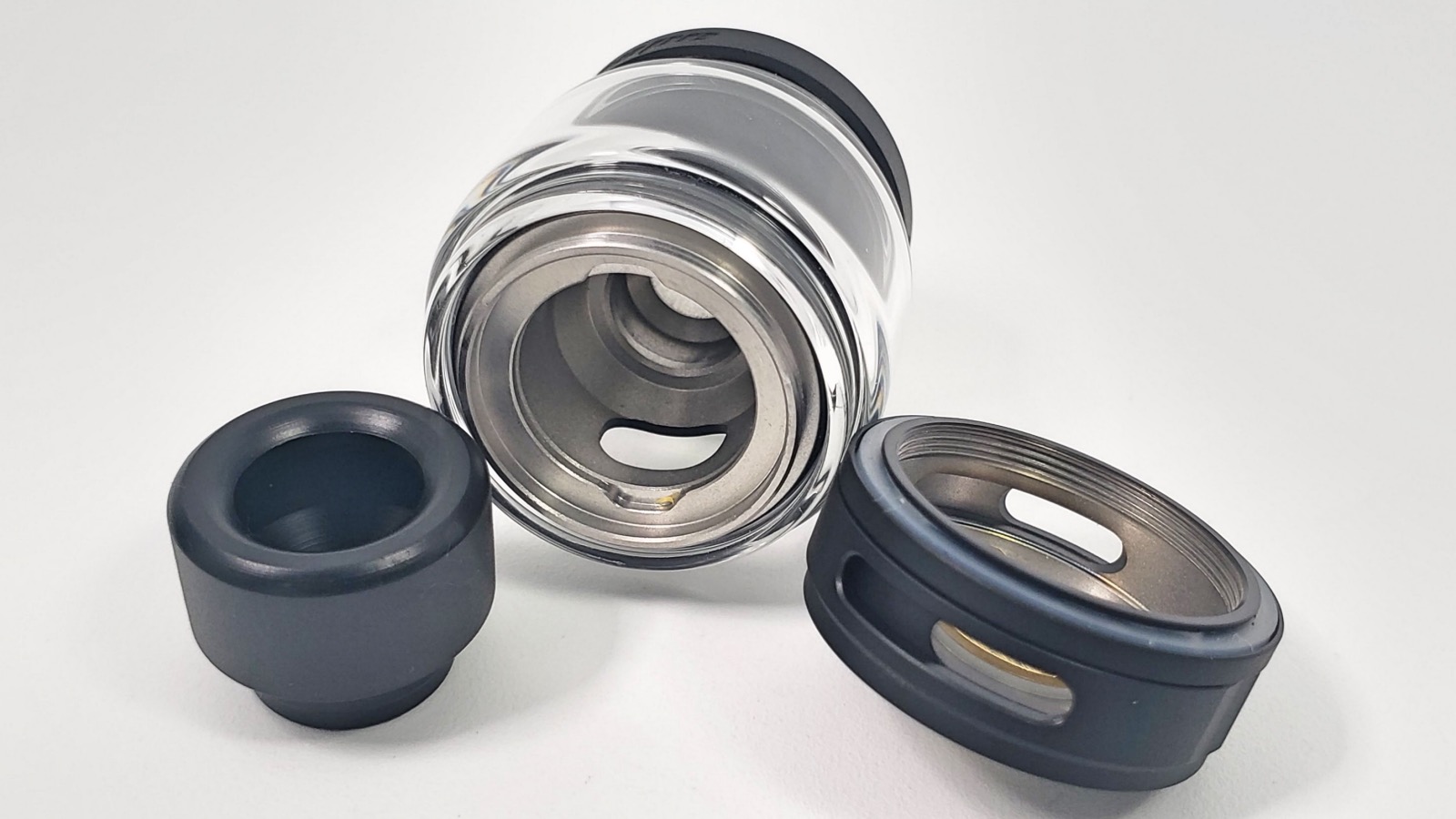 The Obelisk kit also comes with the Obelisk Tank. This is very simple sub-ohm tank that uses pre-built coils from Geekvape’s line of Z Series coils.

This has a removable 810 drip tip. It’s a very basic tip but works just fine. 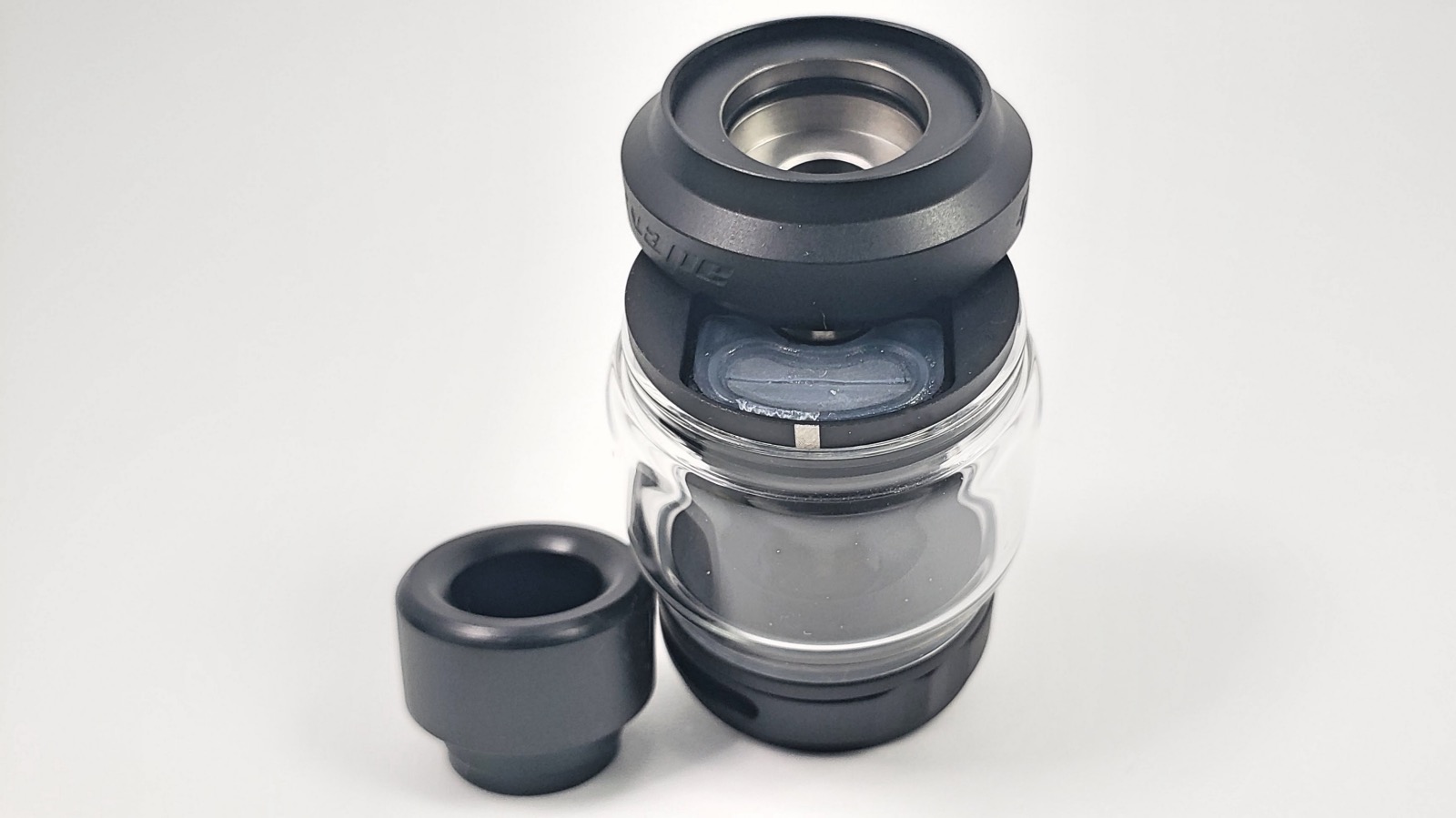 This tank has a childproof locking design so in order to fill it up, you need to line up the top cap with the marking on the tank. Then you can lift the cap up and slide it forward to get it off.

When you get the top cap off, you have access to the liquid fill holes. This tank has a 5.5ml capacity so you can get a lot of liquid in here.

Unfortunately, I seemed to have gotten a defective seal on my tank. The rubber wasn’t cut so I couldn’t get any liquid in. I didn’t realize this until I had already made a mess of liquid and tore the rubber seal all apart. I was able to make the cut later and get liquid in there, but now the seal is messed up and it’s no longer leakproof. And they didn’t include a spare seal in the box so I’m stuck with it like this. So that sucks. 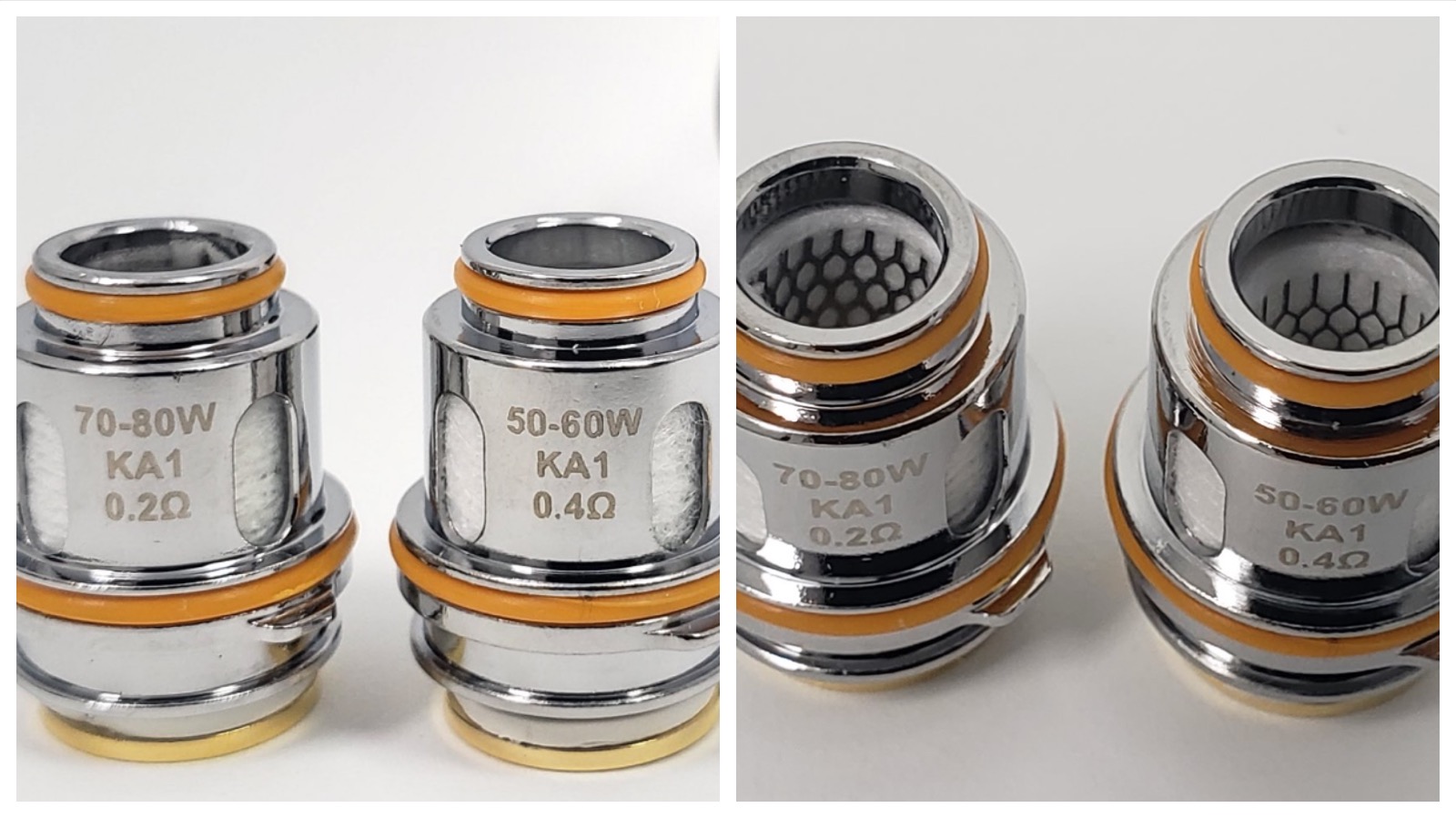 Z0.2 Coil
This is a 0.2ohm coil designed to run between 70 to 80 watts. This coil has great flavor too, and as you would expect at much higher wattage, better flavor than the Z0.4 coil. And both coils can handle chain vaping just fine.

The coils are press-fit into the bottom of the tank. You just need to make sure the little tabs on the coils go into the slots on the tank so that they seat fully into the tank. Otherwise, the base won’t screw on.

You have an airflow control ring that’s not too tight and not too loose. It works well. With the airflow wide open, a lot of airflow comes in. And you can actually close it down pretty well too. It’s always going to be a direct lung hit but you can get some pretty good restriction if that’s how you like to vape.

The airflow comes in from the bottom and it feels really smooth while you’re vaping it. That smoothness is one of the best things about this tank for me. It’s so smooth that it’s really a pleasure to use. But what’s strange is that the airflow is a little loud. So it’s loud, but if FEELS smooth. 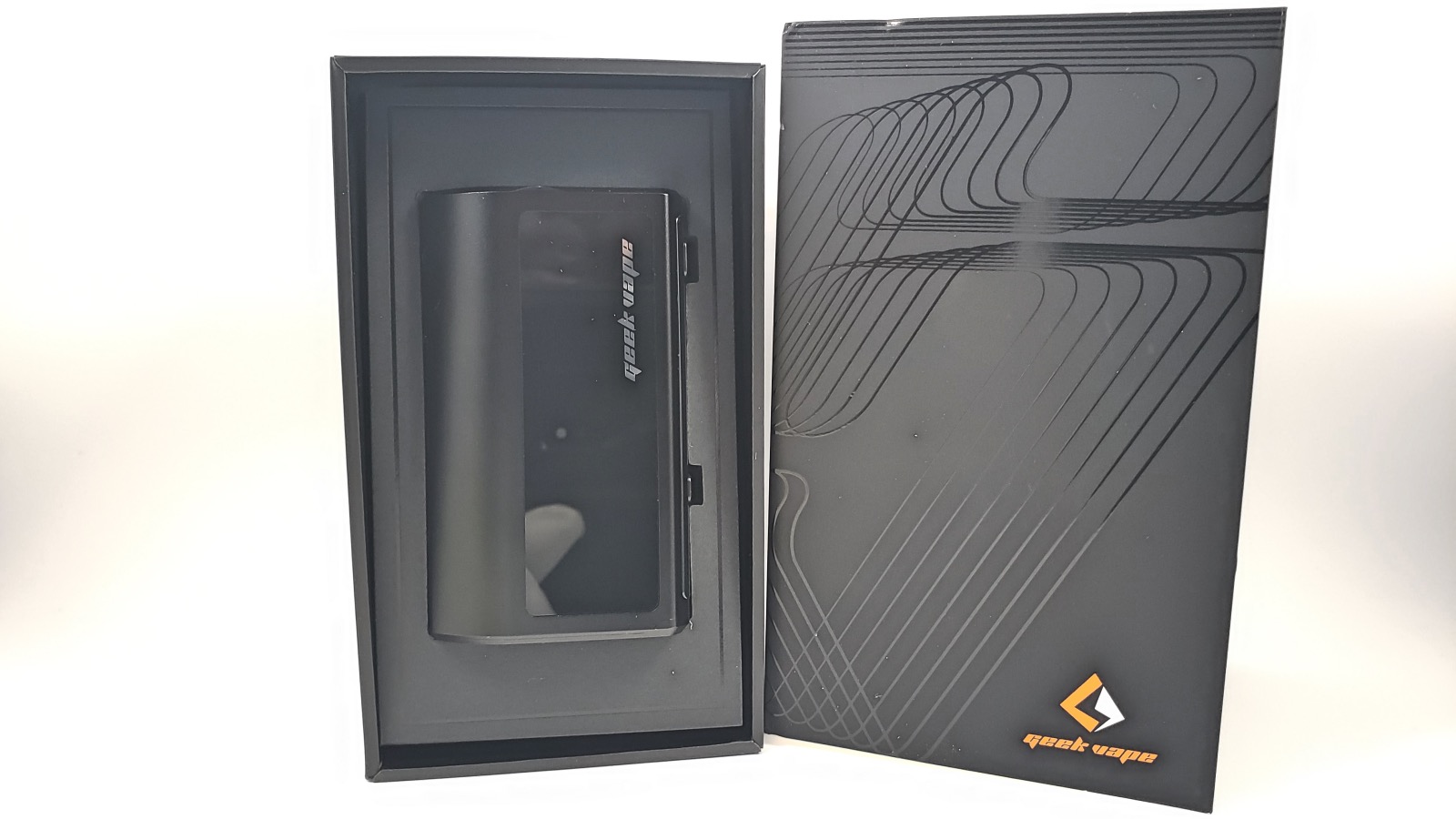 The Obelisk device is nice. It’s comfortable to hold, has all the features you need, it has a bright screen, and it’s really light. The only thing I would have liked to be different would have been for the battery door to be attached to the device. 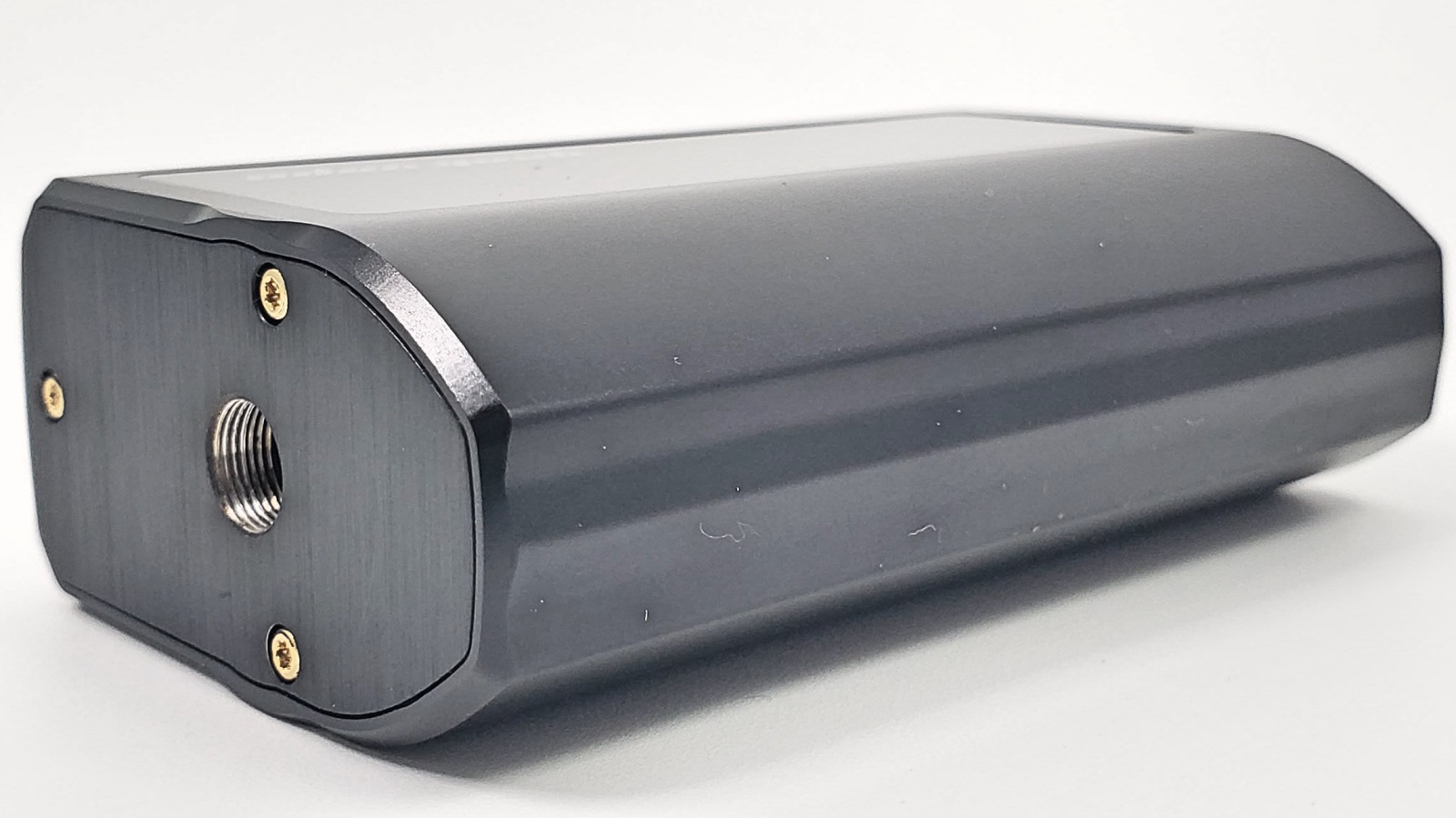 The tank works well too. It’s your standard pre-built coil tank. It does have a child-resistant cap and the coils are press-fit and easy to install, so that’s nice. But there’s really nothing special about it. It does have good performance though and the flavor is good. And I think it’s nice that a tank comes in the kit ready to use. Unfortunately, I did get a defective seal on my tank, but that happens. And it still works fine as it is, it’s just less protected from leaks if I leave it on its side.

This kit was sent to me for review from Geekvape and you can get it from them for $69.90.