The Oxbar RRD was sent to me for review. This device gets its name, RRD, for being Refillable, Rechargeable, and Disposable. That might not be the most creative name, but it’s accurate. It does all of those things. It’s a great little setup too! 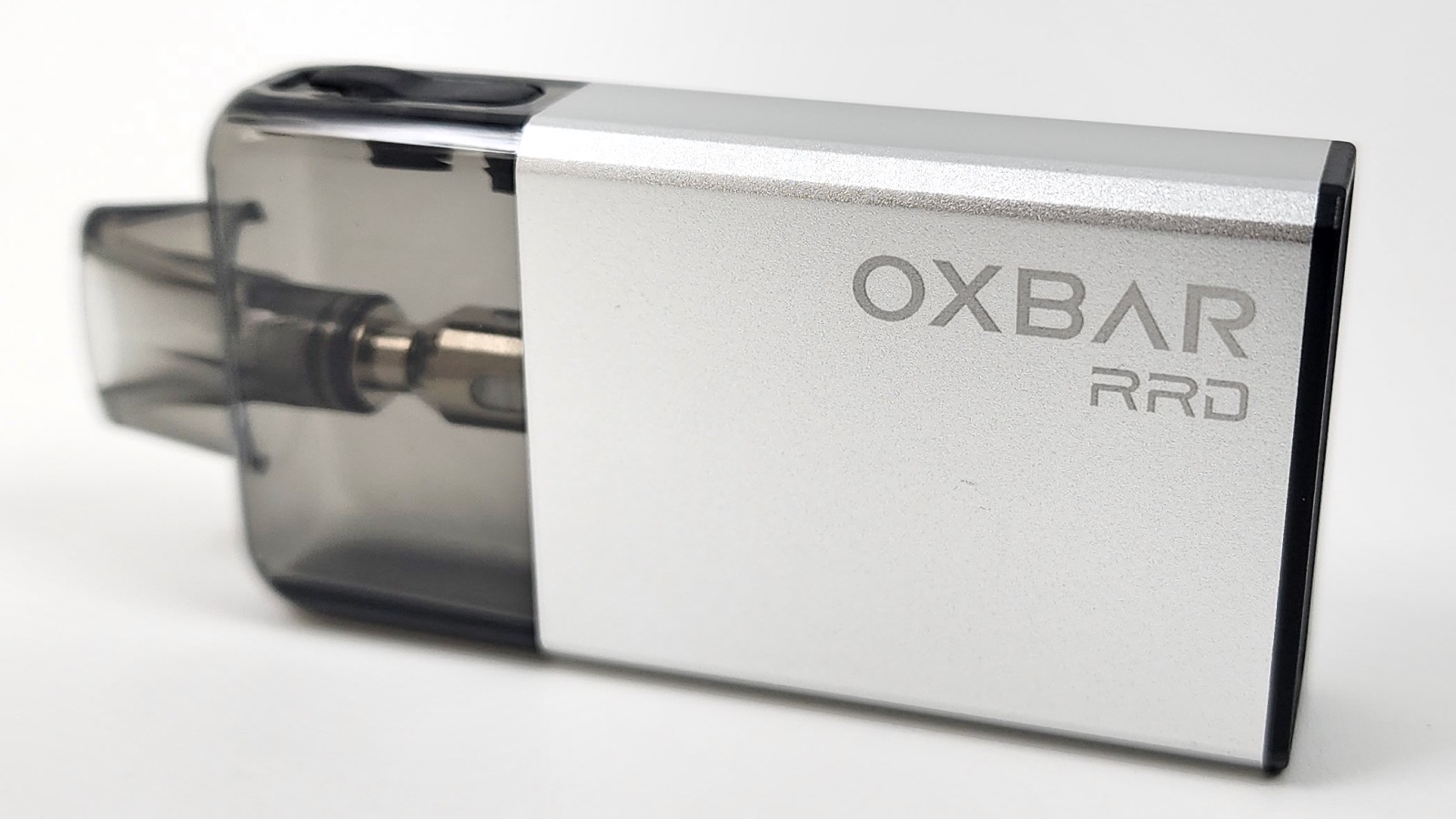 These are rectangular devices with a simple and modern design. The pod is big and see-through, which I think looks cool here, and the body is a solid color with some branding on it.

There are 10 different colors to pick from: 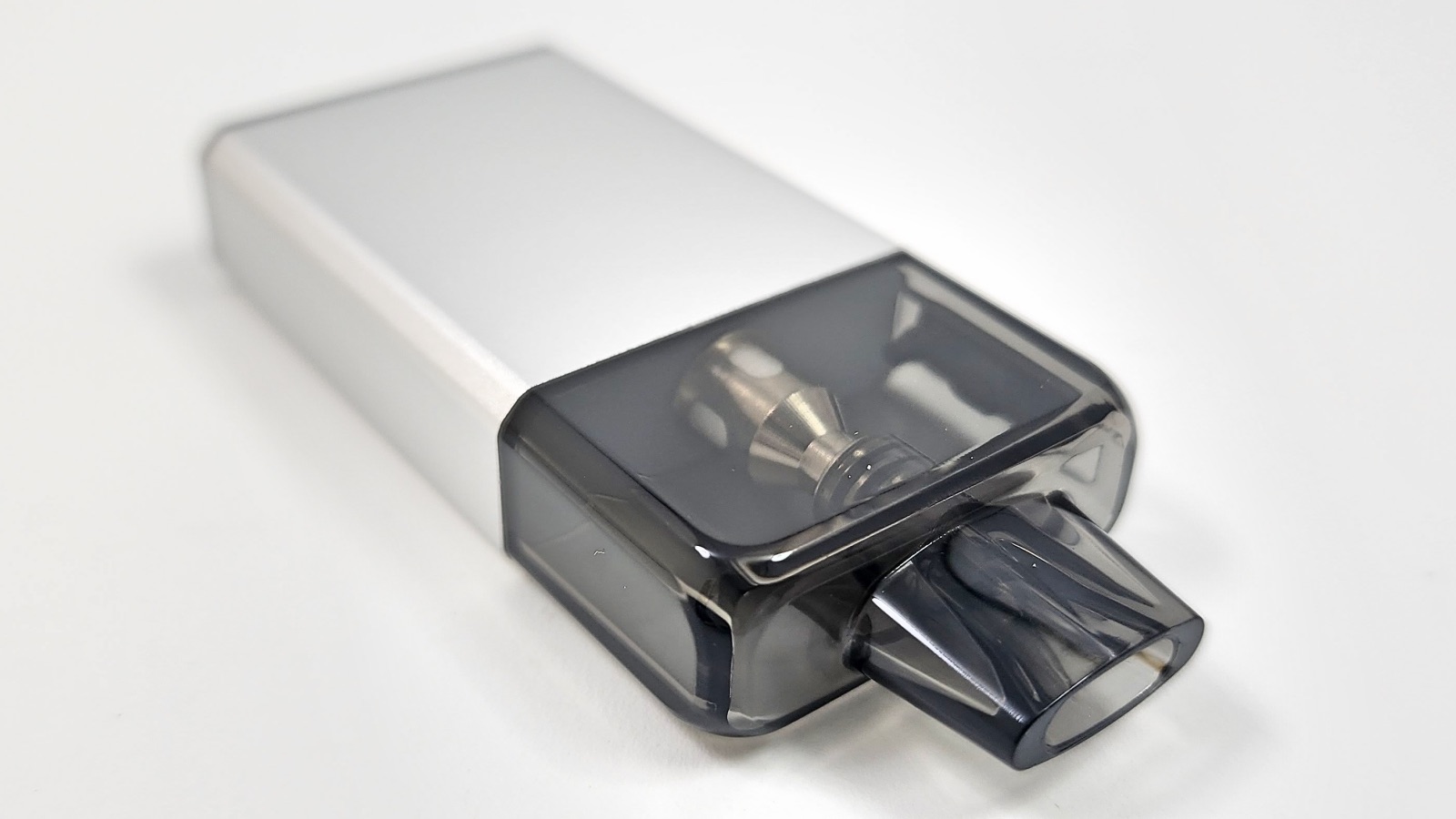 The mouthpiece is flat and rounded, and it’s comfortable to use. It seems to have this sort of funnel shape to it on the inside of the mouthpiece, so that channel is thinner near the bottom and then gets wider at the mouth. I’m guessing this helps to provide bigger hits and maybe to reduce spit-back as well.

The draw is a tight MTL, which is exactly what I like in pod devices and disposables. It’s a very comfortable hit.

The device automatically powers off after a while, so you’ll have to press that whenever you want to activate it again. I don’t know what that time period is, though. I let it sit for at least 24 hours, and it was still on, but it seems to turn off after a couple of days. 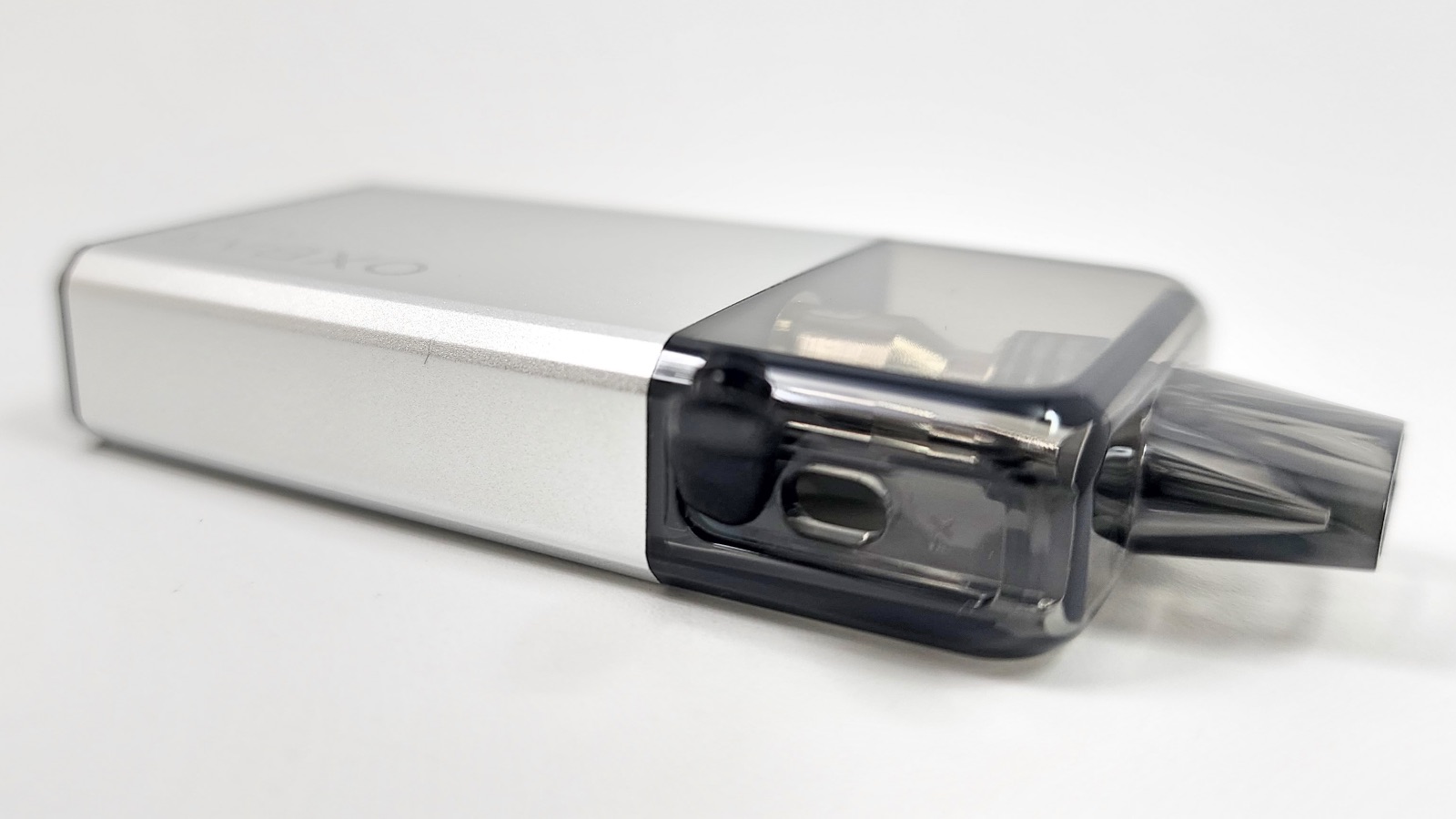 The pod holds 5.5ml of e-liquid. It’s side-fill, with a little silicone flap. Just pull that open, fill it up and seal it. It’s completely see-through, too, so that’s nice. And it uses mesh coils, so you’ll get good flavor here. In my tests, the hit is very smooth, and the flavor is good.

This is a disposable setup, so the pod doesn’t come out of the device. It’s attached. But instead of throwing the whole thing away after a single use, you can actually refill the pod several times. Oxbar says it’s refillable for up to 20ml, which is four times, and that you should be able to get about 10,000 puffs from it. And if you’re willing to sacrifice flavor, you can probably get a lot more than four refills. 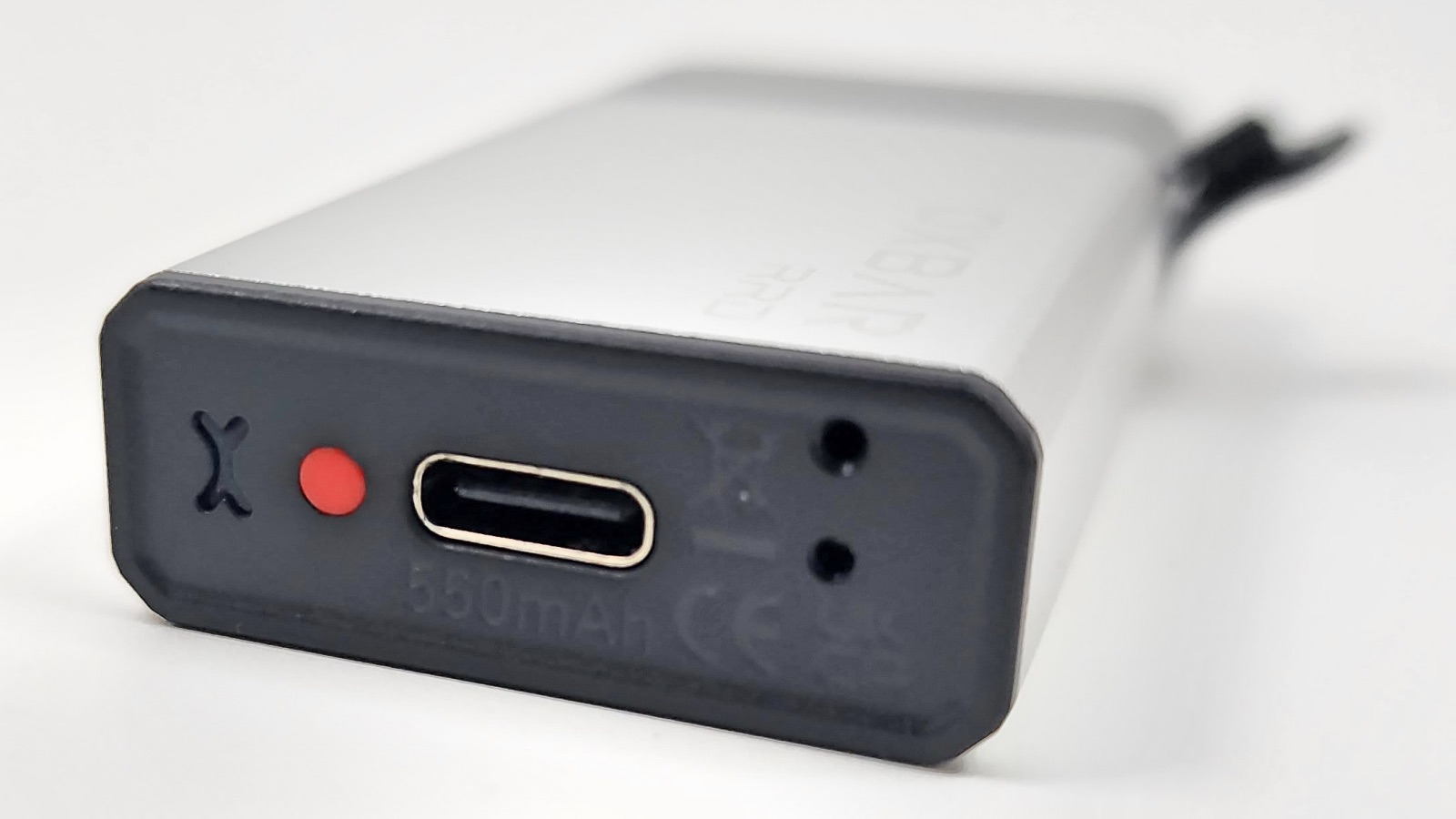 The internal battery is a 550mAh battery. It’s a little small but not bad. You may have to charge it before the day is over if you’re a heavy vaper.

This device charges at 5v/1a using USB-C, so a dead device should be fully charged in about 45 minutes.

The RRD is a nice device. It looks good, and it’s extremely easy to use. It performs great, which is the most important thing, and it’s also refillable and will perform great for up to at least 20ml of e-liquid. But you could actually refill it for longer than that. Eventually, the coil is probably going to burn out, or the flavor will be too muted to enjoy, but I’d bet you could really stretch out the use of this thing and save a ton of money on disposables.

Anyway, I’ve been pretty happy with it. It works great!

The RRD was sent to me for review from Oxbar, and I see it online for $14.99. You can also learn more about it on Oxbar’s site.