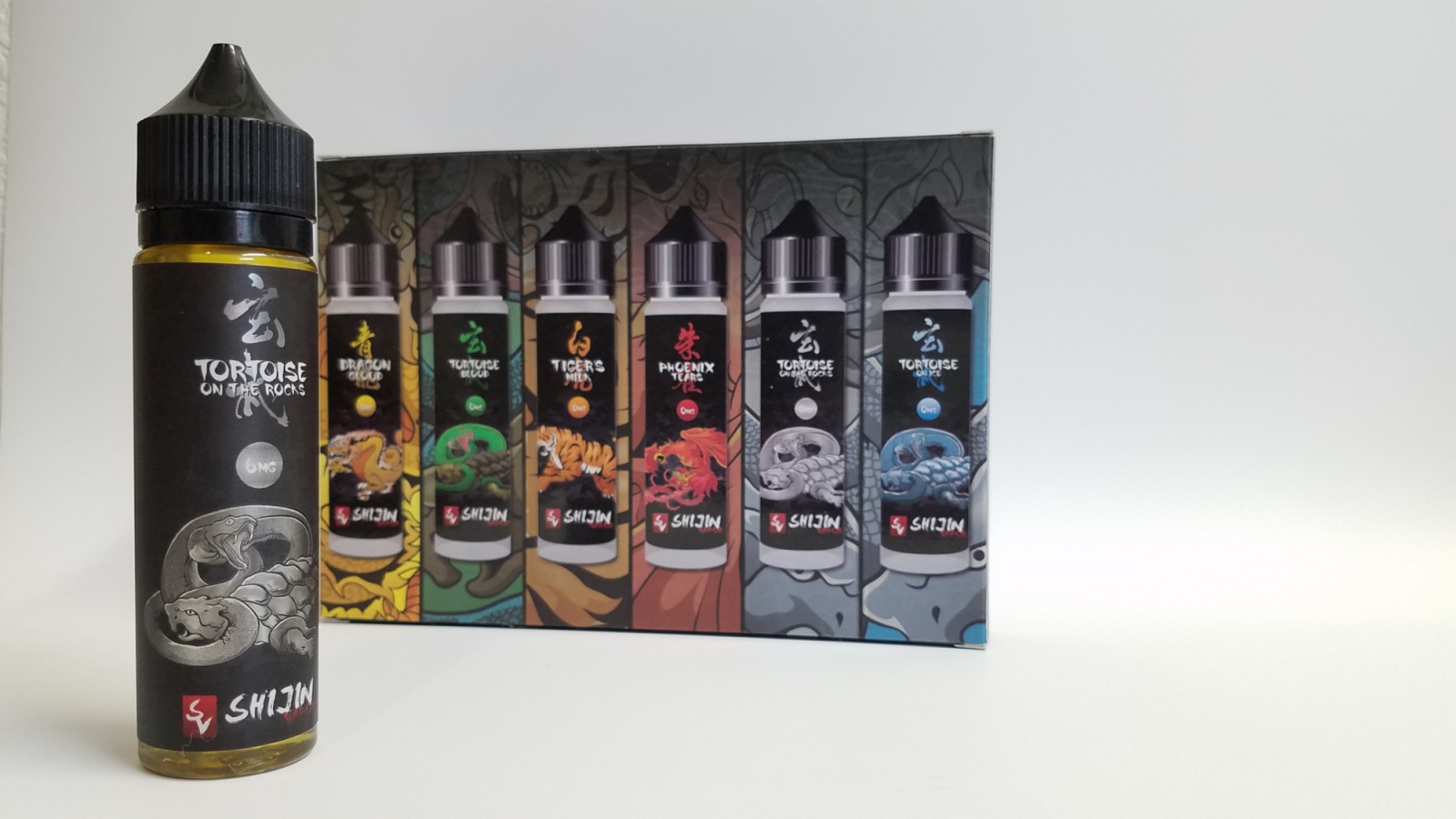 Tortoise on the Rocks was sent to me for review by Shijin Vapor.

This is described as a blue raspberry and green apple blended with spearmint gum.

This smells very interesting. It smells a lot like the original tortoise blood e-juice; blue raspberry and apple, but this has a slightly minty smell.

I’m vaping this on the Smok Alien at 90 watts with the CSMT RDA on top built at 0.29 ohms.

This is an interesting flavor to me. I don’t think I’ve ever had a spearmint gum flavor before. I like this one but would have liked the blue raspberry to be much more prominent.