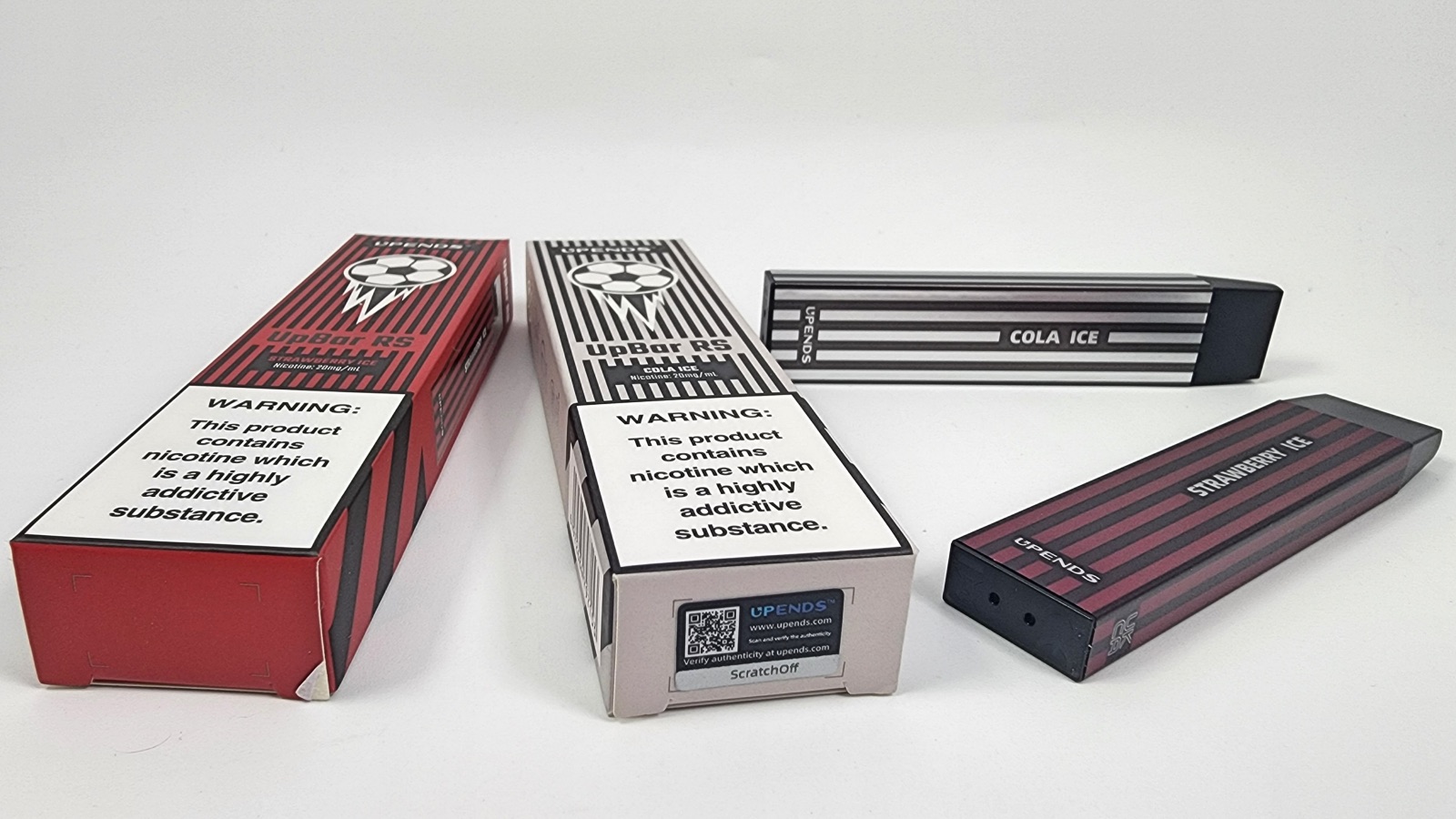 The UpBar RS disposables were sent to me for review from Upends for the purpose of review. These are 600 puff disposables made with mesh coils and designed with a soccer theme in mind. Learn more about them here. 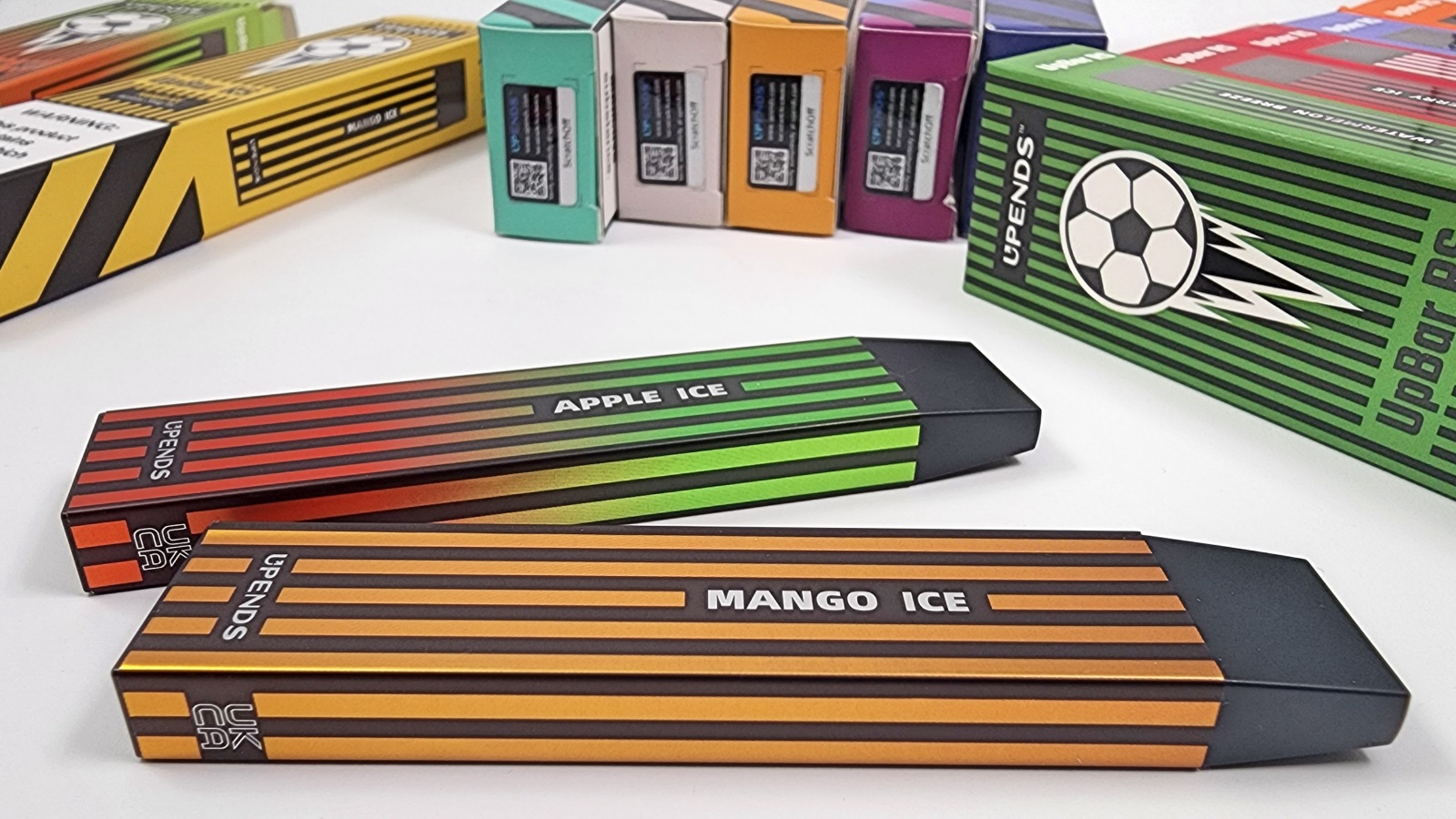 The Design of the UpBar RS 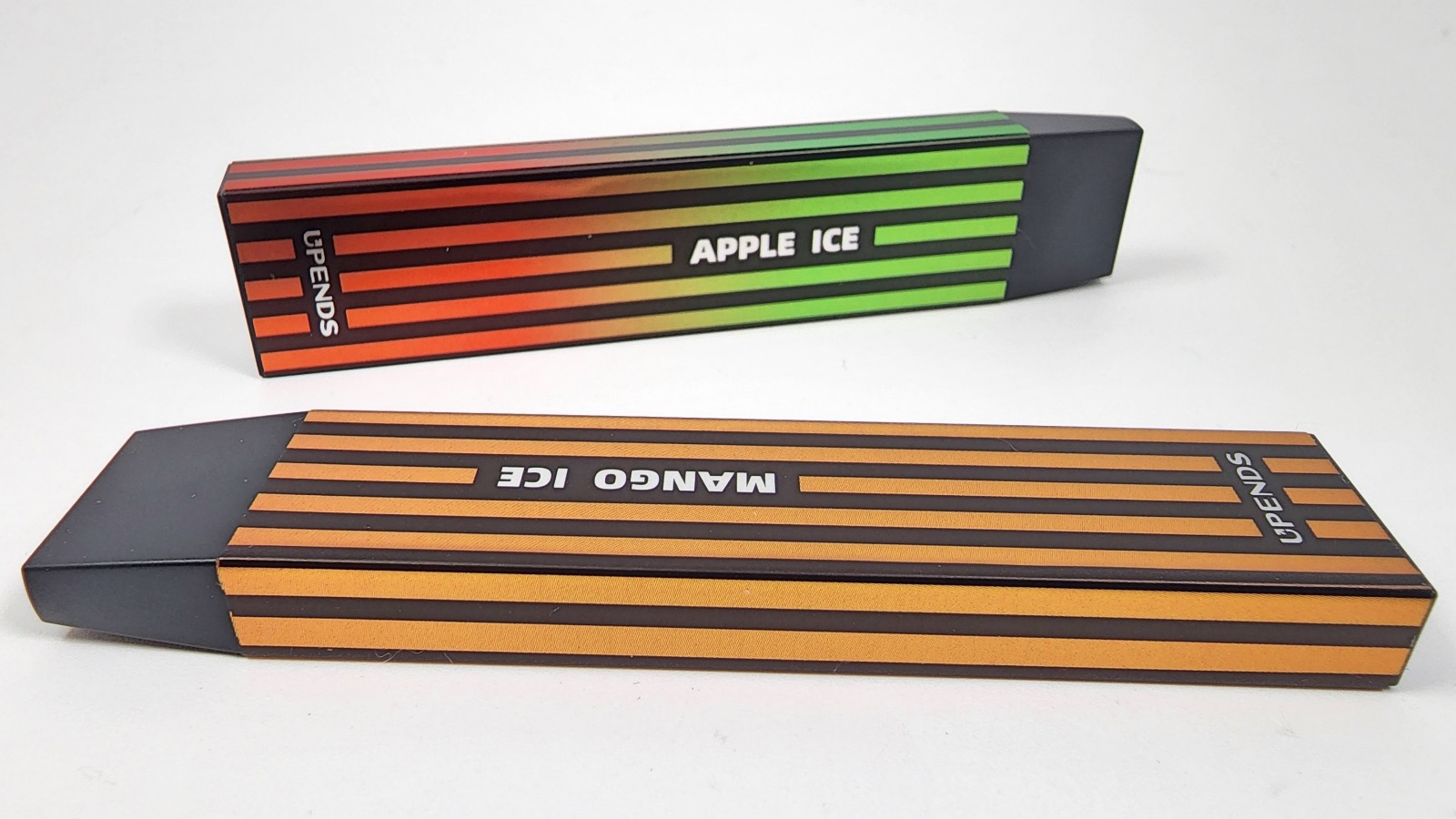 These have a boxy shape with hard edges all around, which I like. Everything is always rounded and smooth so the UpBar RS’s a little different. It’s a little thing but I like it. These are also pretty thin, which I also really like. 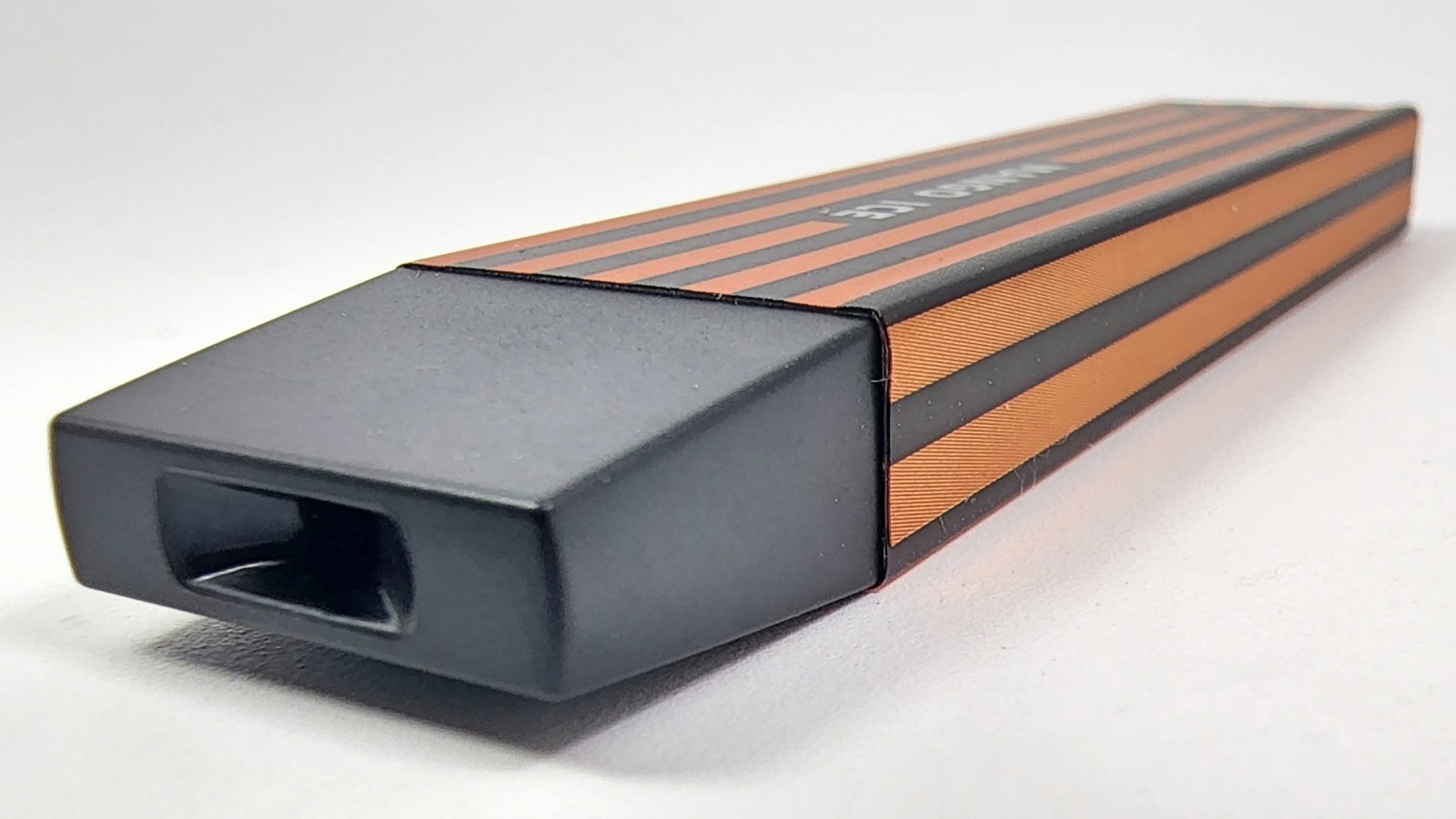 The mouthpiece is boxy too but it slopes down to a thinner end near the tip of the piece which makes it comfortable to hit from.

The patterns on all of the devices are the same, with colorful vertical stripes running the length of the device. There are different colors but they align with the flavors, so blueberry has blue stripes, strawberry has red stripes and so on. These stripes mimic the stripes of a soccer jersey, which is the theme Upends is going with here. 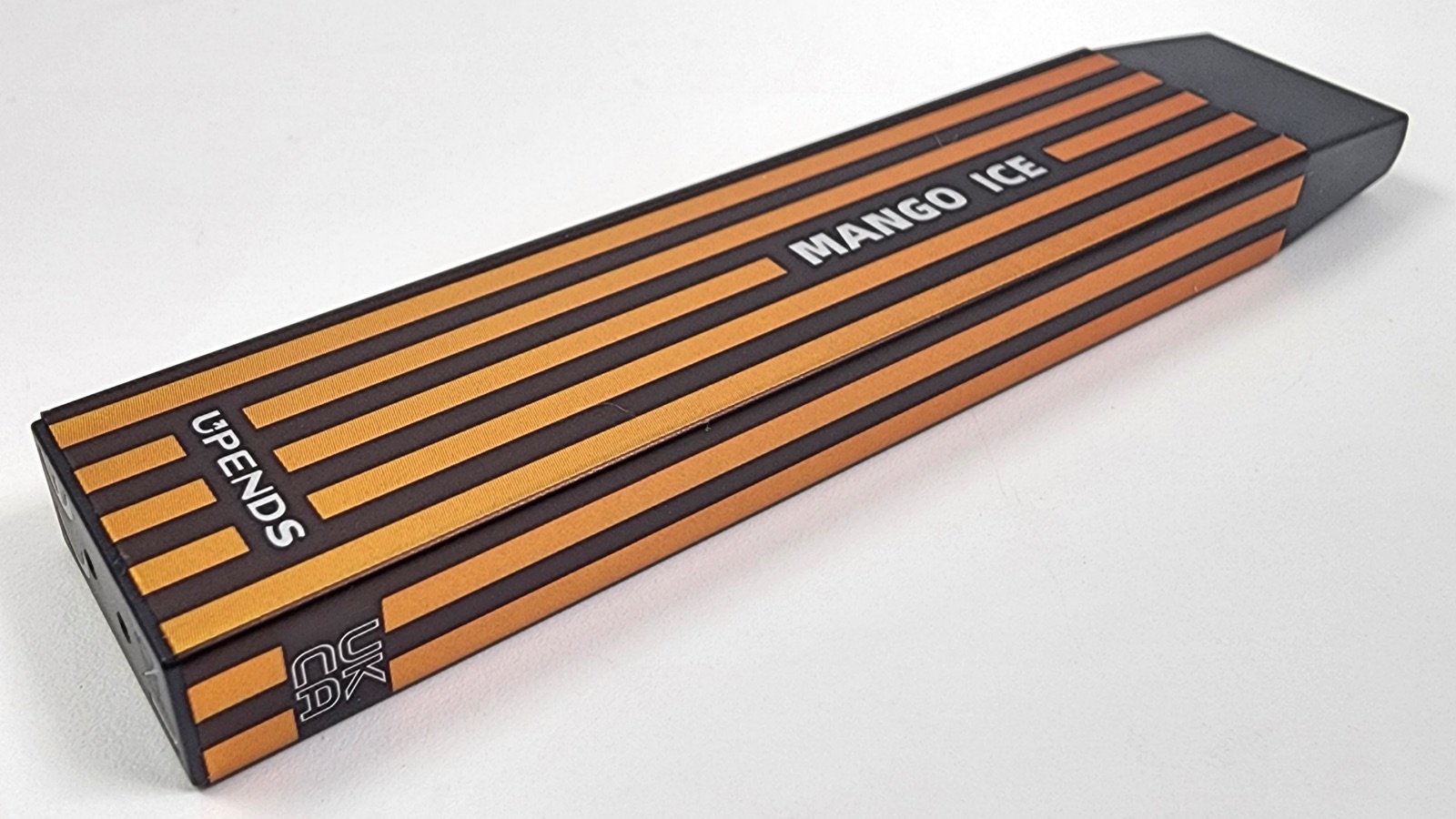 The UpBar RS is an autodraw device, so take a hit and it turns on. The airflow is a loose tight draw. It works well for the most part but it’s not as tight as I would prefer. It seems more of a looser suction feel. 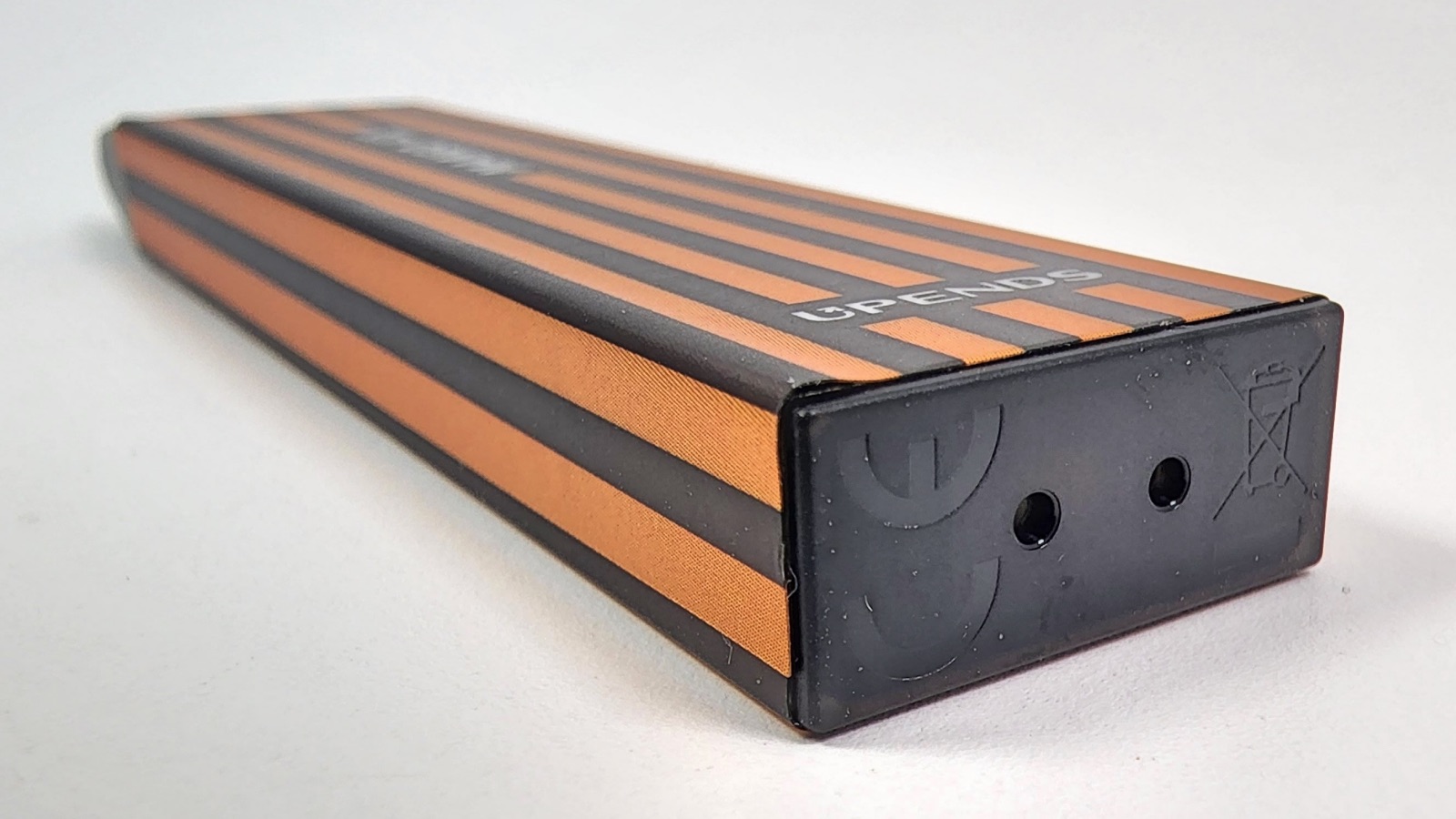 These have mesh coils so I get good and satisfying hit every time and the flavor comes out great.

The Flavors in the UpBar RS Line 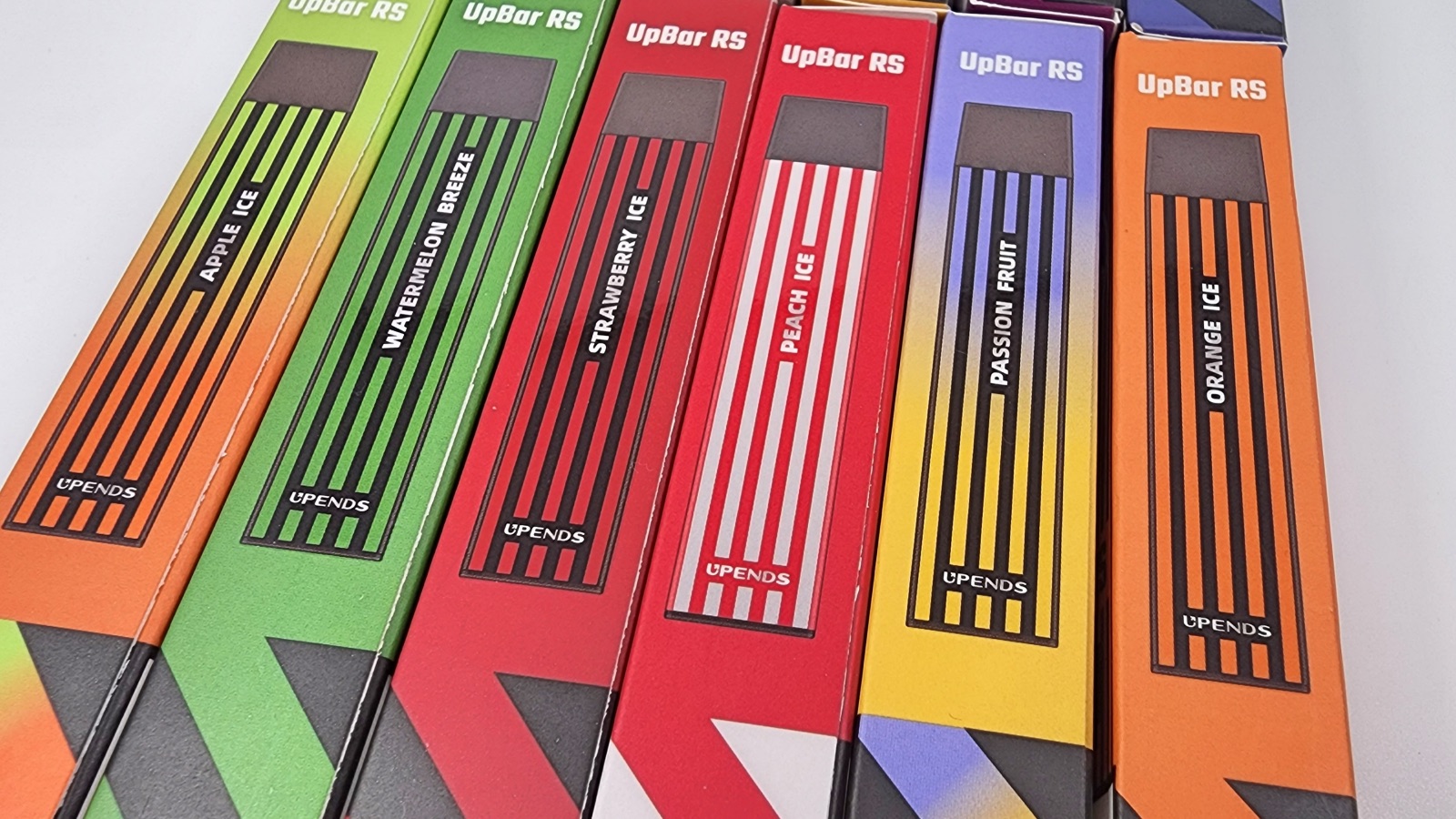 The UpBar RS comes in 18 different flavors which is a ton. With that many flavors, I’m sure you’ll find something you like. They sent me 12 so lets go over those.

Apple Ice – The apple is a little strange. It’s a sweet candy-ish green apple but with a sort of earthy or green veggie taste to it. It’s good but different.

Blueberry Ice – This is a sweet artificial blueberry syrup type of flavor. It’s a strong blueberry and slightly stronger ice than the other flavors in this line.

Blue Raspberry – This is a good blue raspberry but it’s very light. It’s sweet and mild. This one doesn’t seem to have any ice in it either so if you don’t like that Koolada flavor, you might like this one.

Banana Ice – This is like a sweet banana taffy candy with light ice.

Cola Ice – I could smell the cola on this before hitting it. That cola flavor comes out really well here and it’s good. It does seem to lean a little more to the side of diet cola but it’s really good. The ice is strong in this one but works really well with the cola taste. 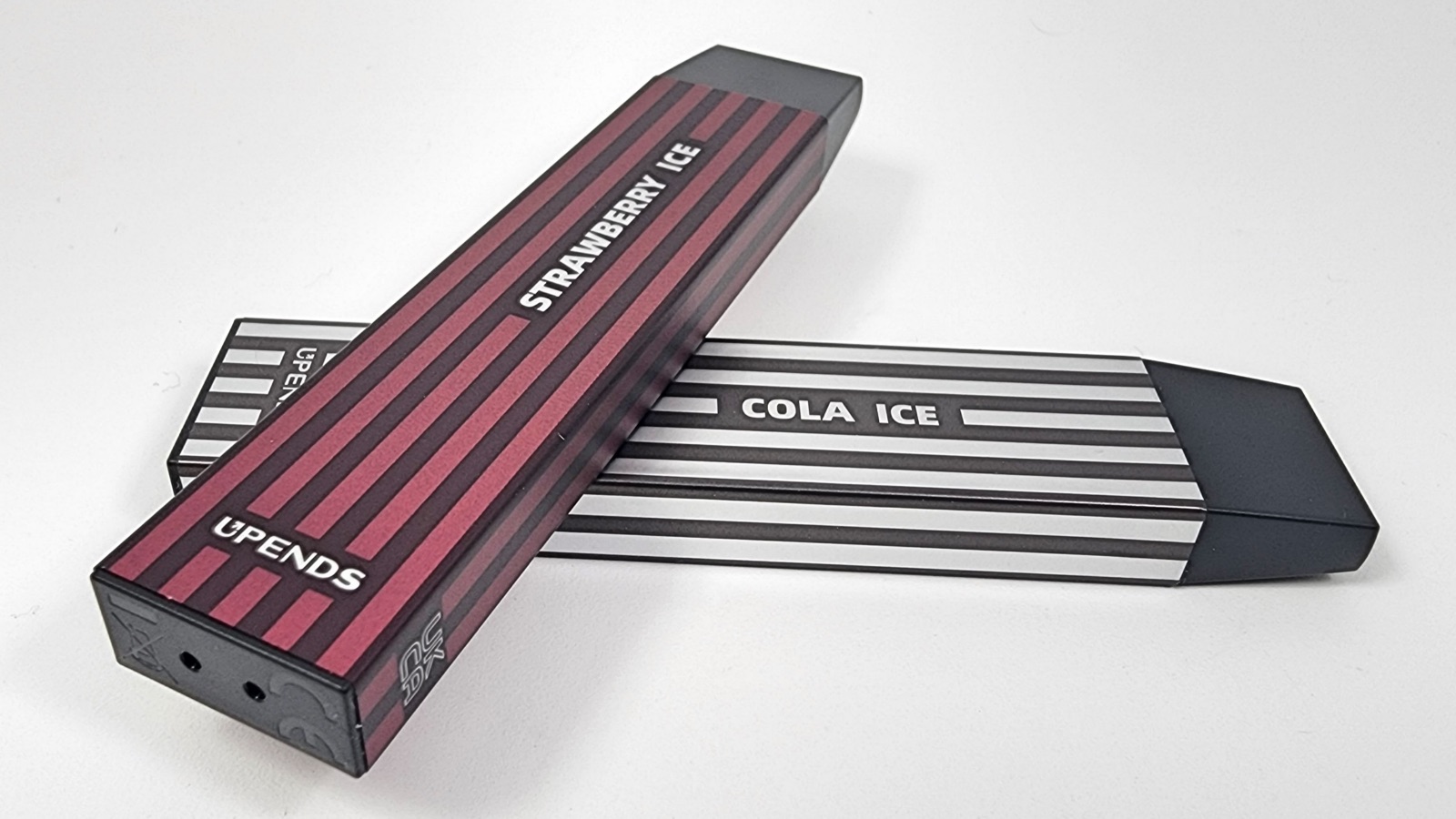 Ice Mint – This tastes like a sweet spearmint gum which is good but it’s not as strong as I would have expected from an iced mint. I personally like that it’s mild but I just want to call that out since some people might prefer stronger iced mint. 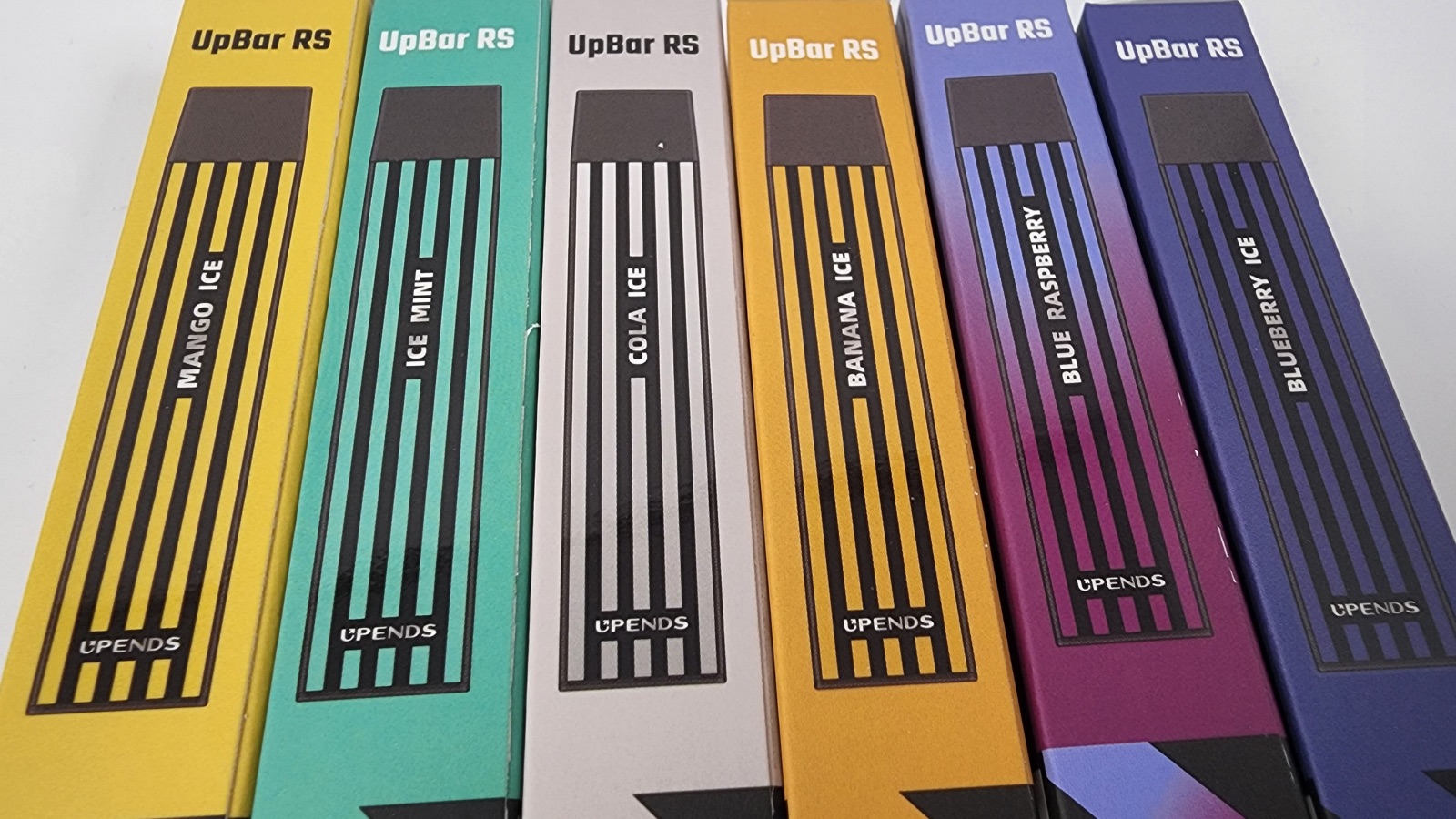 Mango Ice – This is a nice red mango flavor with a light ice. It has a nice richness to it.

Orange Ice – This tastes like an orange soda, which I really like. It’s like a Sunkist. The ice is a little strong but works really well with this flavor. 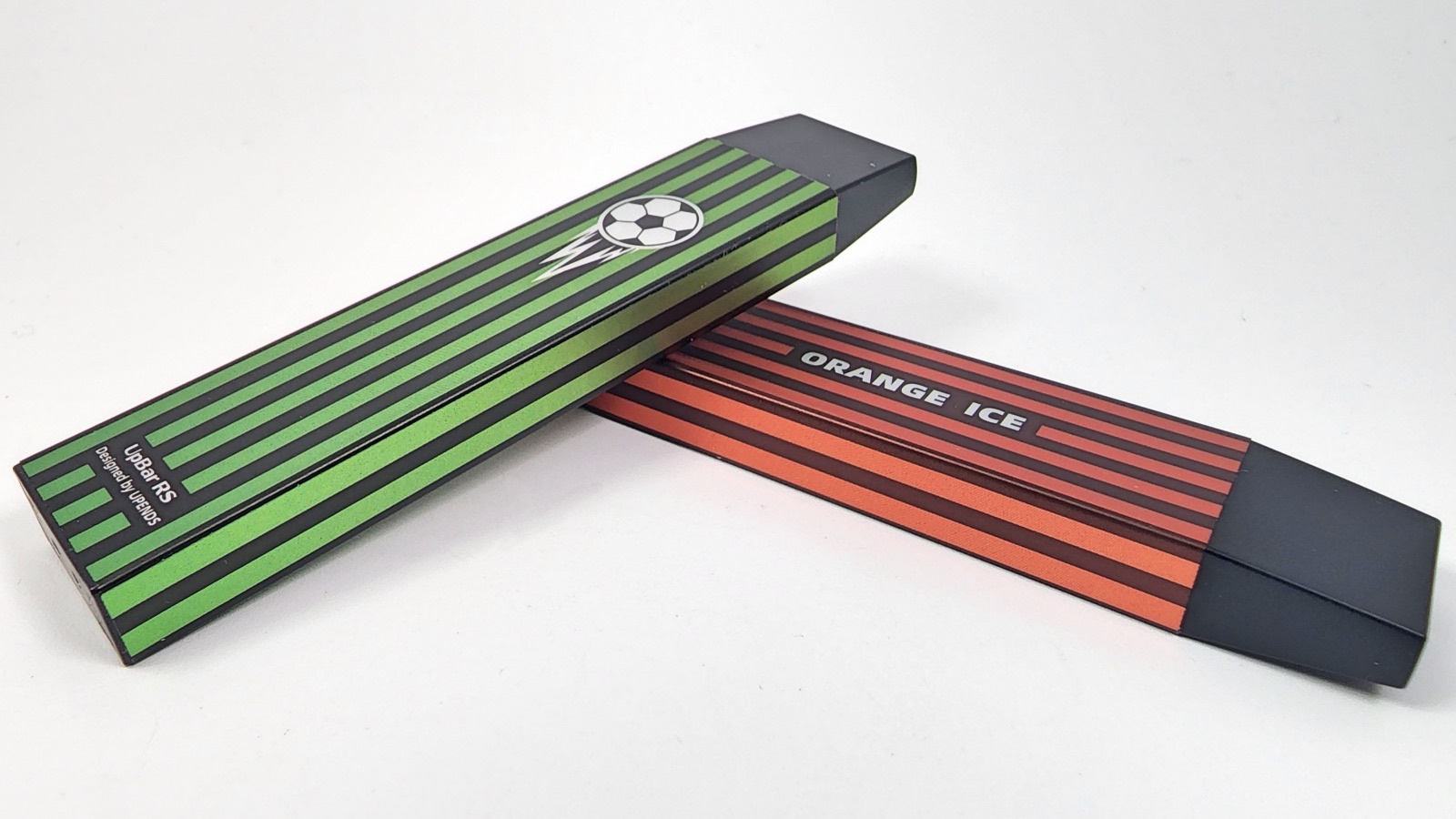 Passion Fruit – This is a nice strong passion fruit, similar to the real fruit but slightly like candy. It’s pretty good.

Strawberry Ice – This is a nice rich strawberry candy flavor. It reminds me of those old fashioned strawberry hard candies you might find in your grandma’s glass candy dish although it has a bit of earthiness to it too so that’s a little different from the candy. It’s pretty good though.

Watermelon Breeze – This one is like a watermelon candy not a real watermelon. It’s sweet and very fruity. This one does seem to have a little ice to it, but it’s mild. 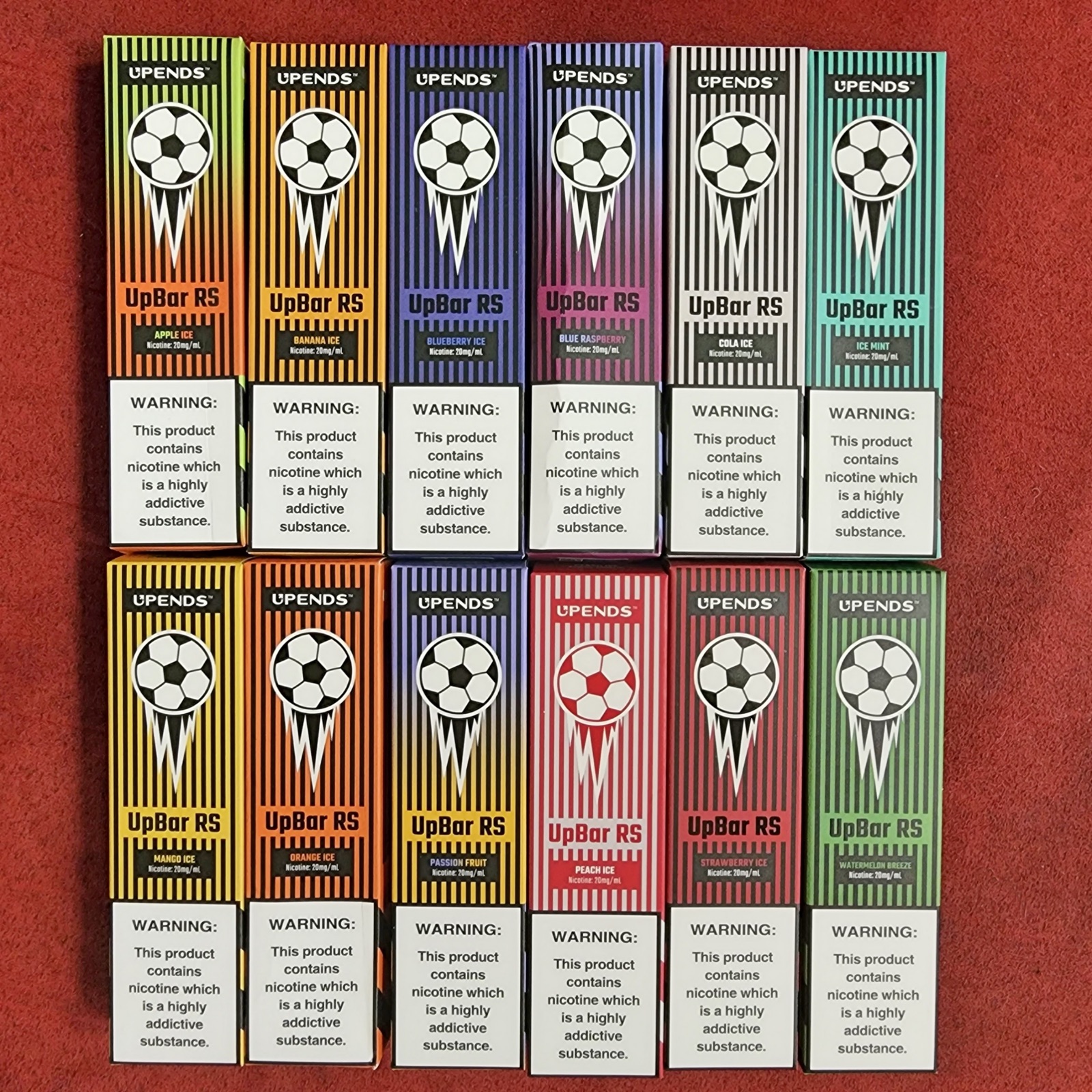 The other flavors in this line that they didn’t send me are Tobacco, Kiwi Passionfruit Guava, Cranberry Grape, Apple Guava, Watermelon Cantaloupe, and Raspberry Lemon Ice. 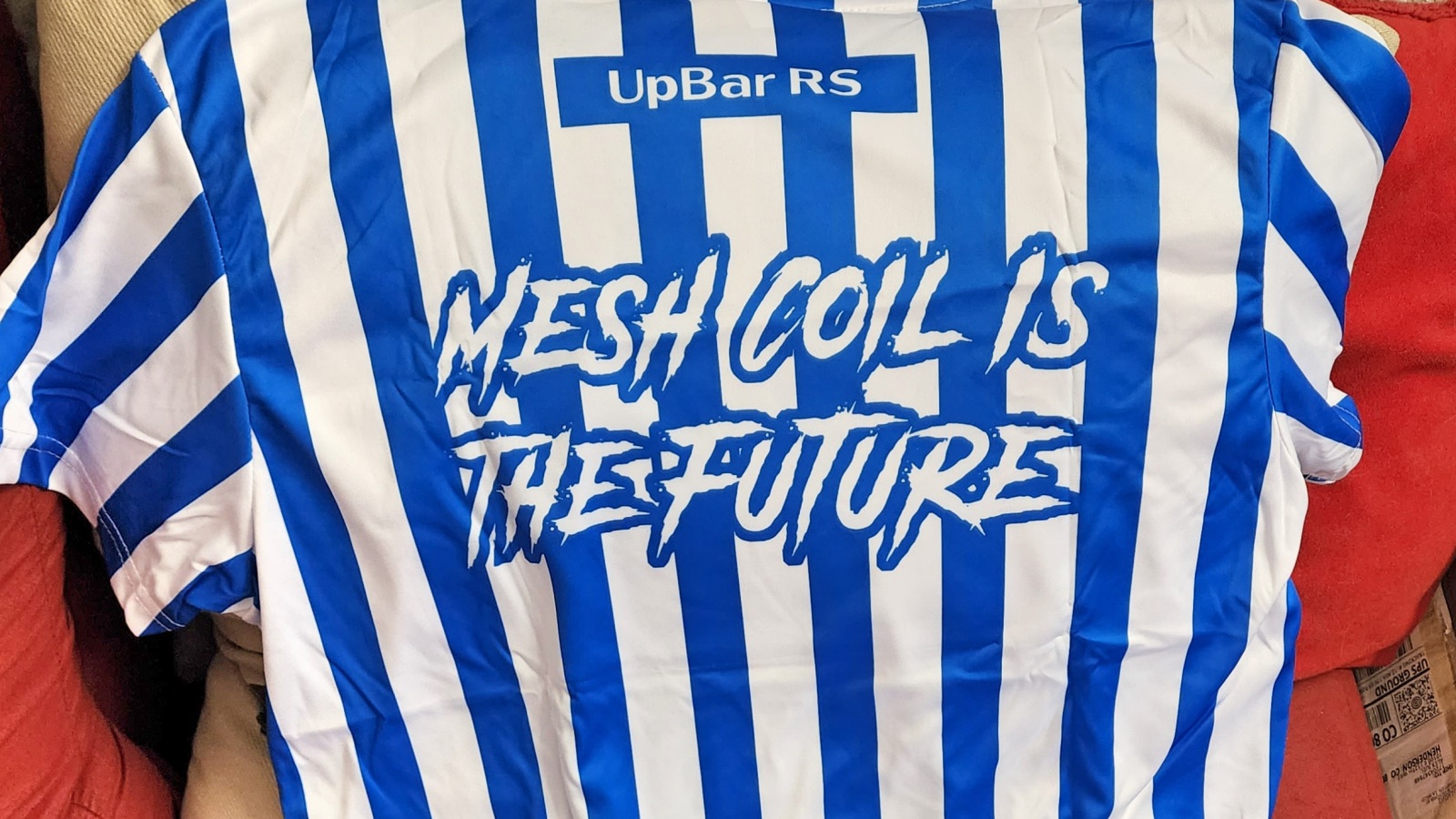 So that’s the UpBar RS from Upends. These are nice little disposables. The flavors are all good and I really like the shape and size of these things. They’re nice and slim so they’re comfortable to hold and easy to store in your pocket or bag. The only thing I would have liked to be different is for a tighter suction on the draw. But I get good hits and the device works well overall.

These UpBar RS disposables were sent to me for review from Upends.