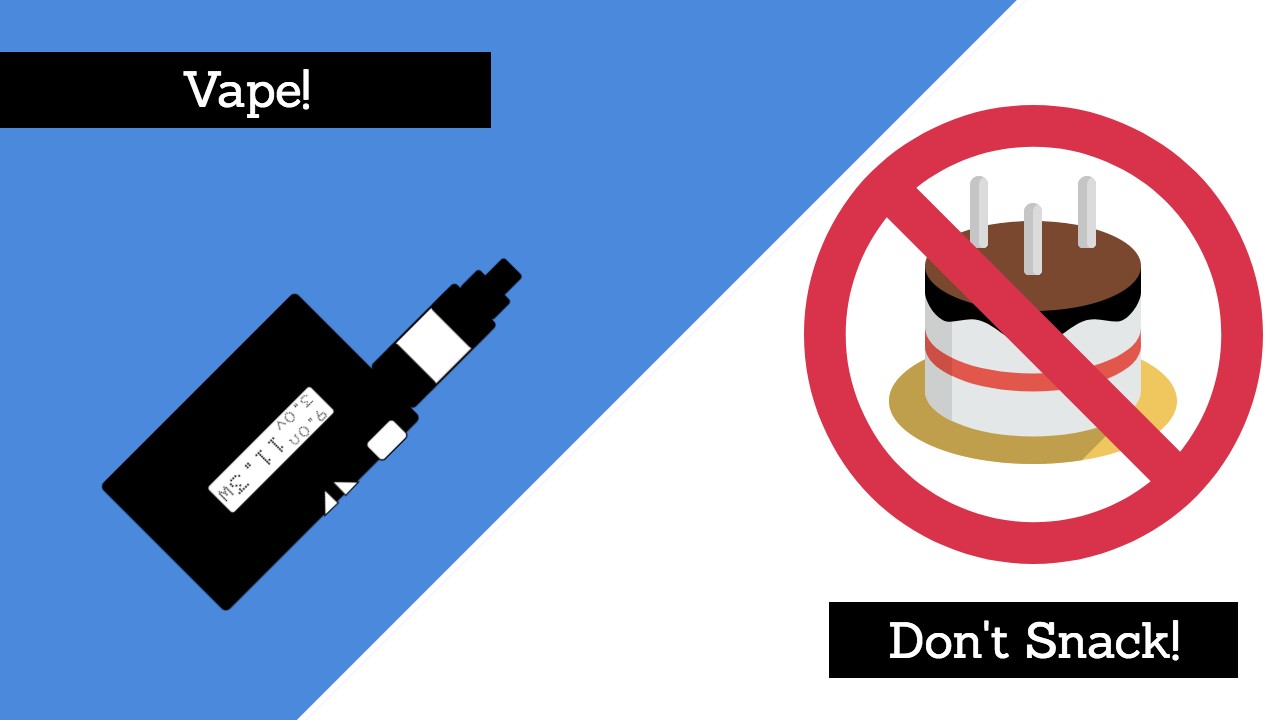 There’s a company in the U.K. marketing a vape device called the Slissie as a method to curb snacking habits by using it as an aid for losing weight.

The company’s website specifically says that the Slissie is “vapour-free.” Instead of vapor, they say users receive a “mist” of appetite-suppressing flavor.

What’s funny though is if you read their FAQ page, there’s a question that says:

“I have vapour coming out my mouth – is that right?” and they answer, “No – Slissie is not meant to produce vapour. We do not recommend using Slissie in this way, although it is completely safe.”

This is clearly a vape device, but it operates at such low wattages that it doesn’t produce MUCH vapor… as long as you don’t hit it for too long, lol!

They adamantly proclaim that it’s not a vaporizer. The product reviewers online who have reviewed it, mostly diet and health bloggers, adamantly claim the same.

But it’s a battery-powered device that heats a coil, using a liquid made from propylene glycol, vegetable glycerin, and flavor concentrates. Sounds like vaping to me. And the tank looks like a redesigned CE5 clearomizer.

Who are they kidding?

Slissie doesn’t have nicotine, it’s just flavored e-juice, and that seems to make them think that it’s not a vape. A lot of vapers don’t use nicotine either, but whatever.

I can understand why Slissie wants to stay away from being called a vape company for several reasons, such as wanting to avoid being regulated as a tobacco product. A vape product would have a hard time breaking into the health and fitness community too.

But this is a vape product! A vape product doesn’t need to have nicotine in it and vapes aren’t only for smokers.

Despite the roundabout claims, let’s talk a little bit about it.

The device is sleek, small, and probably very attractive to women, which is their target demographic.

They claim that the hand to mouth motion of using the Slissie is a behavioral distraction from snacking, which over time, will break bad snacking habits. They also say that research has shown that the connection between olfactory receptors and satiety brain receptors have proven that scents, such as food scents, can help people lose weight. That study was performed by Hirsch and Gomez at the University of Illinois if you want to look it up.

I don’t disagree with this at all.

There have actually been many anecdotes on vaping forums from people saying that they’ve noticed that they’ve been able to lose weight and curb their appetites by vaping sweet flavors. I do think that this could actually work for helping people to lose weight, but I think a key part of making it work is to do what Slissie says, and that’s proactively using the device whenever you’re craving a snack.

I really do think it’s a good idea, but I think they are misleading their customers and making their product reviewers look foolish.

Still, this is yet another example of how vaping can help people, even non-smokers, without much risk.