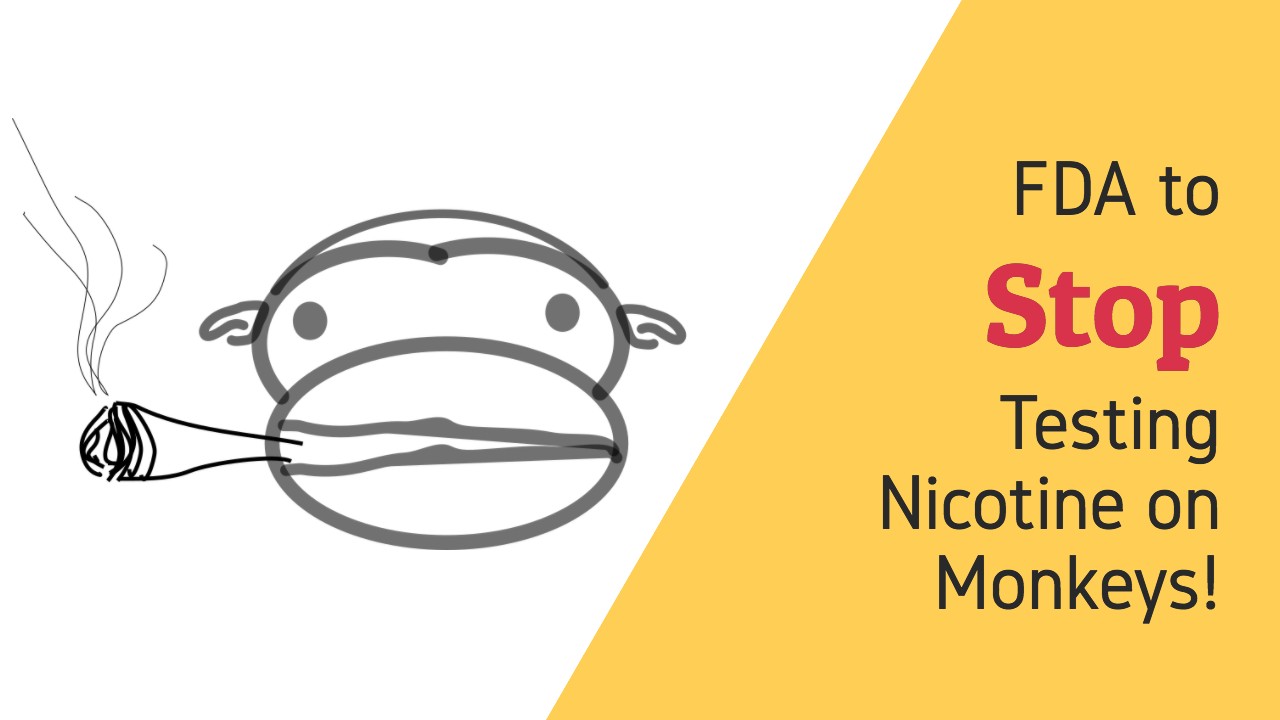 I’ve mentioned this a couple of times before but if you don’t know, I was a vegan. Not one of those PETA nutcases, but I was a devoted vegan for nearly 3 years. It was entirely for ethical reasons, not health reasons. I’m not going to go into why I’m not vegan anymore, but I still care a lot for animals.

One thing that being vegan taught me was to have a deep respect for all life. Life is a precious thing, for all living things, and we shouldn’t take it for granted. Even today, I still practice some vegan philosophies, for example, I try to buy most products from companies that don’t test on animals.

And that’s why this latest announcement from the FDA makes me happy.

She explained in her letter that these monkeys, as young as only a year old, are implanted with devices that deliver nicotine directly into their bloodstream, then they are restrained and trained to dose themselves with nicotine. These tests are to determine at what point the monkeys become addicted.

Supposedly there is documented video showing these monkeys dosing themselves to the point of vomiting, getting diarrhea, and having tremors.

There are some researchers who say it’s necessary to use animals for scientific tests, and that might be true for some research, but I’d argue that it’s not in many cases, and this is one of them. When the results of nicotine use are well-known in humans, this study on monkeys is unnecessary and cruel. Not to mention that the results of many studies on animals don’t translate to humans. Actually, in the 1960’s researchers tried to produce smoking-induced lung cancer in animals and failed, which resulted in the delay of adding health warnings to cigarettes for many years. Animal studies are just not reliable and they are outdated. We have better technology today.

Gottlieb has only said that he has suspended the research, after which he said he sent a team of primate experts to evaluate the health and safety of the animals, so this could be temporary, but I hope that it’s stopped for good.