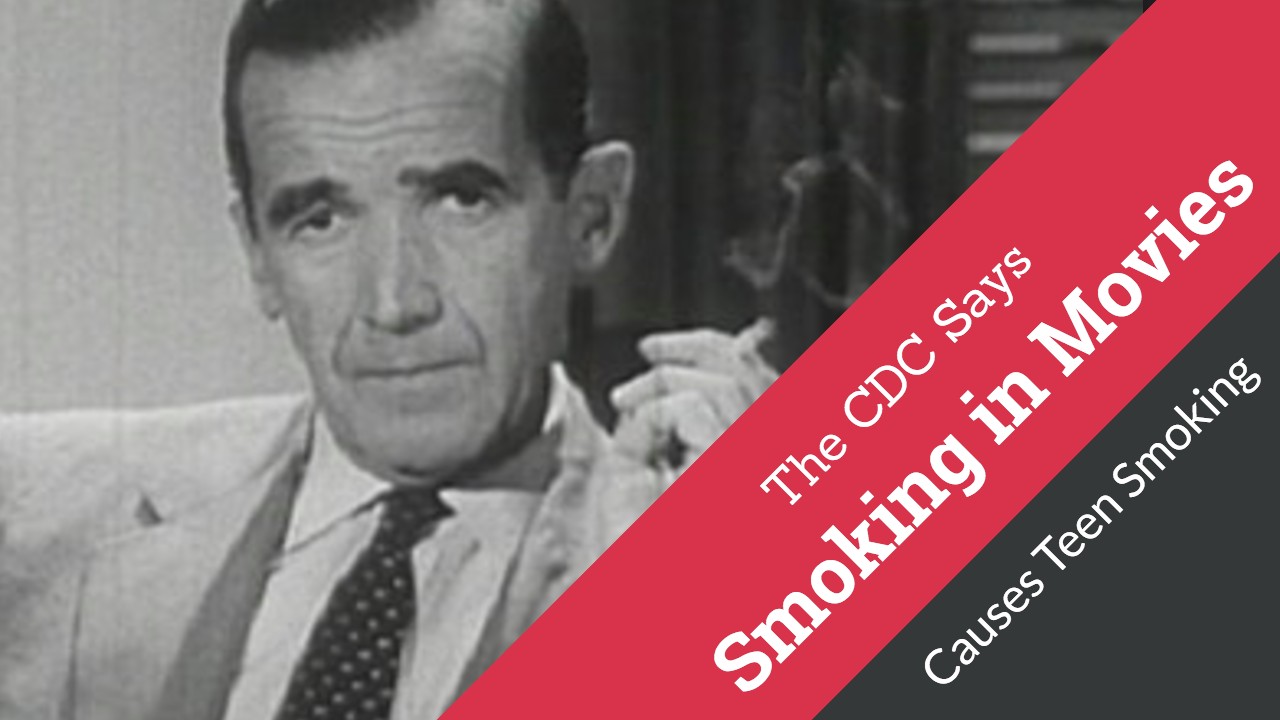 In July 2017, the Centers for Disease Control (CDC) published a report about how smoking in movies can result in youth using tobacco products. They start out their report with some strong accusations. The report says that the former Surgeon General has concluded that there is a causal relationship between young people starting to smoke and depictions of smoking in movies. They claim that kids who are heavily exposed to smoking in movies are two to three times more likely to start smoking.

Well, the researchers didn’t even put the two data sets together to compare. I’m actually willing to bet that they did, because why wouldn’t they, but they didn’t want to publish the comparison because it shows that their study doesn’t prove anything.

Professor Brad Rodu graphed the data from the study and we can easily and quickly see that none of what the CDC claimed is true. Well, actually what the Surgeon General has claimed. According to this data, tobacco incidents in movies has remained mostly the same on average, but declines in smoking with high schoolers have been dropping significantly since 1996. The decreases in smoking with kids don’t appear to have anything at all to do with tobacco incidents in movies. There is no correlation whatsoever.

You can also see how the research team has manipulated the data. In several instances, they compare 2010 to 2016, with 2010 having far fewer tobacco incidents in movies than in 2016. But they fail to provide the context in the years prior to 2010 and between 2016. They cherry-picked data. And they didn’t even point out that while smoking in movies in 2016 was way up, the smoking rates with youth are at the lowest it’s ever been. This wouldn’t be as obvious if it weren’t on a line graph, but looking at Brad Rodu’s graph, you can see that they picked two very contrasting years, but that neither year represents a pattern.

All they really did with this study was point out that there is tobacco use in movies and that some years it goes up. That’s really it. Then they go on to voice an opinion that is not based on any factual evidence, that reducing tobacco use in movies could reduce the risks of kids smoking.

And can you guess who’s behind this study? Dr. Stanton Glantz. The biggest opponent to vaping and all forms of tobacco and nicotine. He wants complete nicotine prohibition and will do and say whatever he can to persuade people to believe him, which is pretty clear in this study. The discussion at the end of the study offers plenty of fear-mongering with nothing to back it up.

Guy Bentley also published an interesting editorial on WashingtonExaminer.com that points out the flaws in Glantz research, about how much of the literature on this topic has been manufactured by Glantz, and that how even other extremely anti-tobacco researchers have pointed out that these claims can’t be proven. One study in 2011 tried to perform this same study that Glantz did and found that the correlation between smoking in movies and other types of adult content was so high that it was impossible to determine whether or not youth smoking rates were actually influenced at all by smoking scenes in the movie at all. As Guy Bentley points out, it might actually be that since kids who smoke are more likely to be rebellious, they might be more inclined to watch movies featuring adult themes.

So there you go. Another ridiculously misleading study from Glantz.