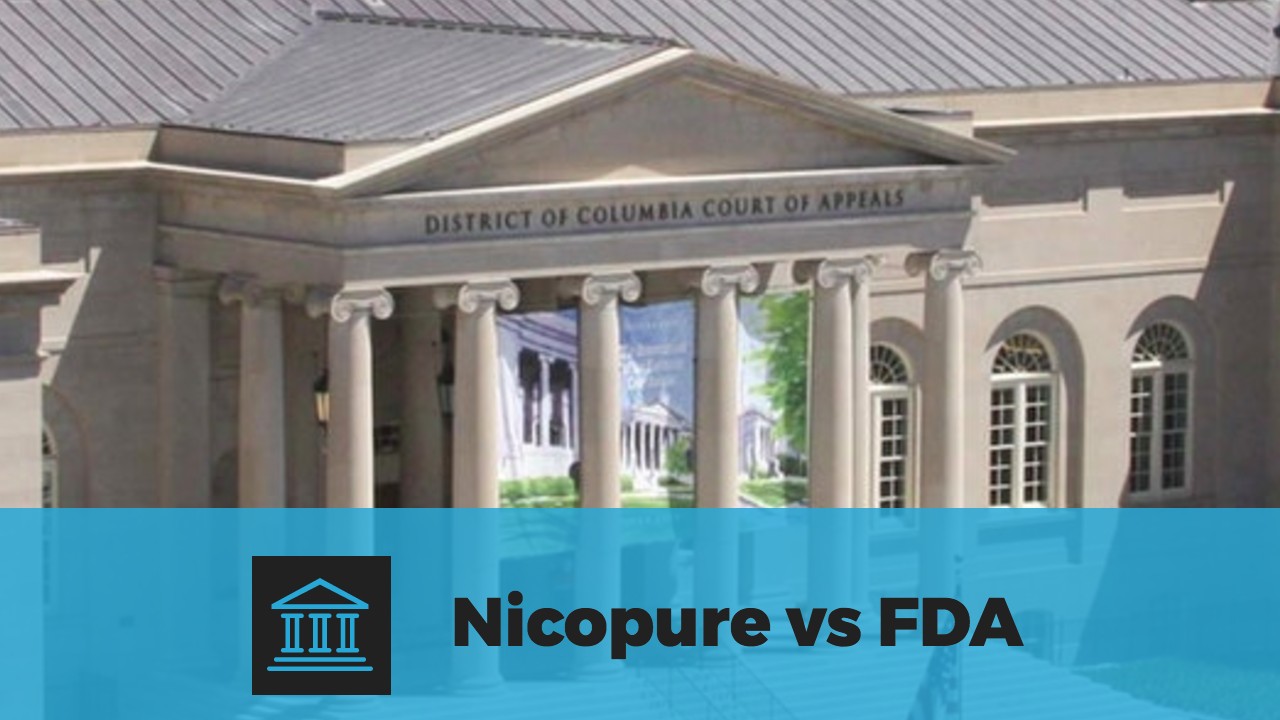 As you might have heard, on July 21st, judge Amy Berman Jackson ruled in favor of the FDA in the Nicopure vs FDA lawsuit, leaving the FDA in full control of regulating vapor products as tobacco products.

It was already expected that Nicopure would appeal the decision and now that’s what they’ve done.

The CEO and co-founder of Nicopure Labs, Jeff Stamler said: “We believe the FDA is doing a massive disservice to public health and we will keep fighting for the vaping industry to ensure these products will continue to help a growing number of people quit tobacco and start a new, smoke-free life.”

The appeal has been filed at the U.S. Court of Appeals for the District of Columbia Circuit and Nicopure is joined by The R2B Smoke-Free Coalition in this appeal according to the press release that Nicopure released.

I don’t think many people are expecting the appeal to result in a different outcome but if there’s a fighting chance Nicopure should go for it. It might not seem like an appeal would be successful in any type of lawsuit but successful appeals actually happen all the time. Not so much in criminal law because in most criminal cases, the defendants are guilty (according to statistics), but in other areas of law, appeals can work.

THis can work because an appeal requires that several other judges review the original court’s decision. Some of these other judges just might disagree with Judge Jackson, so there’s no reason not to try an appeal.