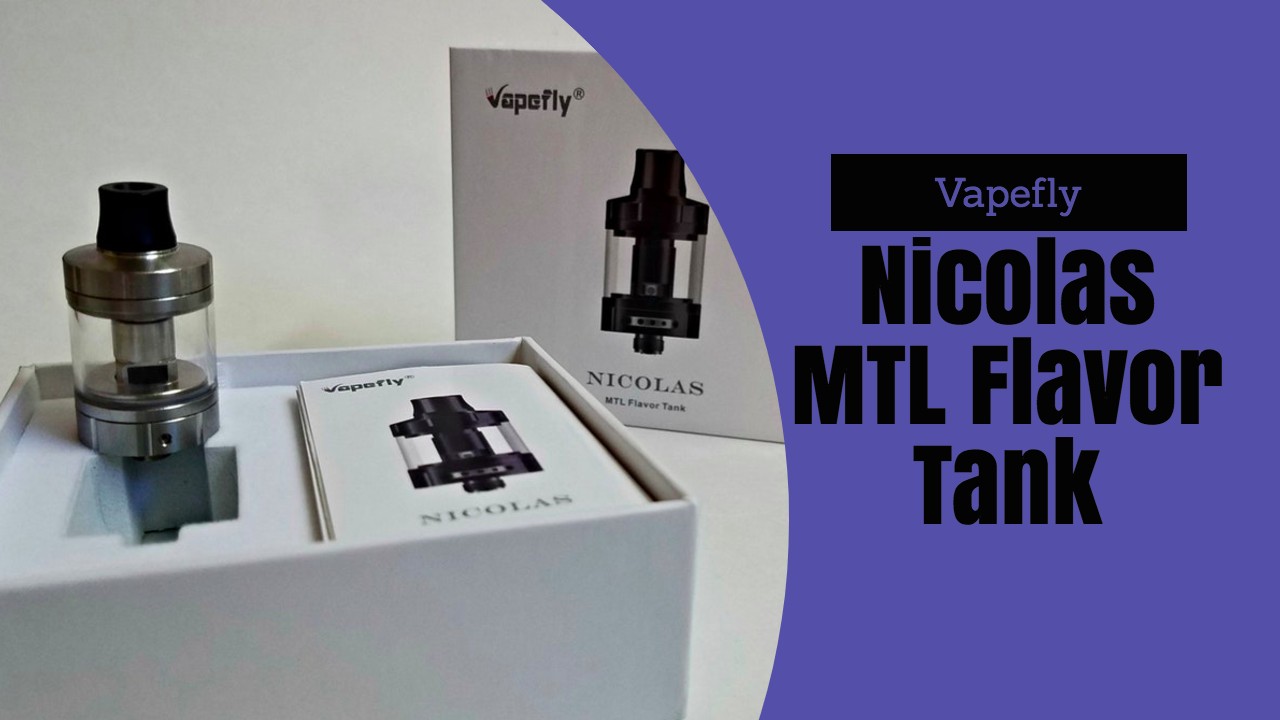 HeavenGifts.com sent this to me for review. You can pick it up for $26 US and the coils come in packs of five for $7.

This is a tight-draw mouth to lung tank for those of you out there who like restricted airflow. I prefer lung hits, but I do like to use MTL devices sometimes too, especially when I’m out in public, which is a lot actually. So I was really excited to get this one.

It’s a small slender tank made with what appear to be high-quality materials. It feels very solid. It has ridges all around the deck and top fill cap, it has a glass tank, and the drip tip slopes upward. The design is basic, but I like it.

The machine quality is also really nice. I haven’t had any problems with the threads catching while taking it apart, switching out coils, or filling it up. But I have had problems with the fill cap getting so tight that I had to use pliers to get it off. That’s one con.

It’s a 3ml tank, which I think is fine for a tank like this. This is a low wattage, mouth to lung tank and the people using this will probably be using higher nicotine. That means that although 3ml doesn’t sound like much, when you vape high nicotine e-juice at low wattage, 3ml should be enough to get you through the day.

Like Vapefly claims, there are 9 settings to choose from. On one side you have 5 airflow holes which go from big to small. You can close these off one at a time to get the airflow that you like. If those aren’t enough for you, you can close those off and look at the other side of the tank, where you’ll find a single hole on the airflow control ring that opens up 4 more airflow holes. This is where you can really restrict the airflow.

With all 5 airflow holes open, the airflow is still somewhat restricted, but it’s quite airy for a mouth-to-lung vape. You still can’t take lung hits though. If you close off the first four airflow holes and leave only the smallest one open, it’s extremely restricted.

That smallest hole is a little too restricted for me, but I’m sure some people would really like it. Personally, I’ve found that I like either the 2nd or 3rd smallest airflow holes, but I think having all five airflow holes brings in too much air for how I like to vape Mouth to Lung device.

Basically, there are more than enough airflow holes here and you shouldn’t have a problem finding a setting you like.

I tested both coils with high VG e-juice, which is usually not recommended with mouth=-to-lung tanks because it’s so thick and tends not to wick well. That wasn’t a problem with these coils. I used max VG e-juice and chain-vaped each coil at its max wattage. No problems at all. No dry hits.

The many different airflow options is a nice feature. I think anyone using this will be able to find the best option for their preferences.

The flavor production is also quite good. I wouldn’t call it amazing, but I’d say it’s on par with other good mouth-to-lung tanks.

The coils seem to last about a week before the flavor is muted, but your results will vary depending on the type of e-juice you use and the wattage you run them at.

As for leaking, I haven’t had any issues at all. I’ve had this tank sideways and upside down for days, with and without the airflow holes open and no leaks.

All in all, I think it’s a really good mouth-to-lung tank. It has good flavor, no leaking issues, and no dry hits. The biggest problem that I have with it is taking it apart and refilling it since it tends to get overtightened. If you buy this I would recommend also buying some vape tweezers or rubber gripped pliers, which are useful to have around as a vaper anyway. You can get vape tweezers online for like $2-4.

So if you’re in the market for a mouth to lung tank, I think the Nicolas is a good choice. HeavenGifts.com sells it for $26 US.