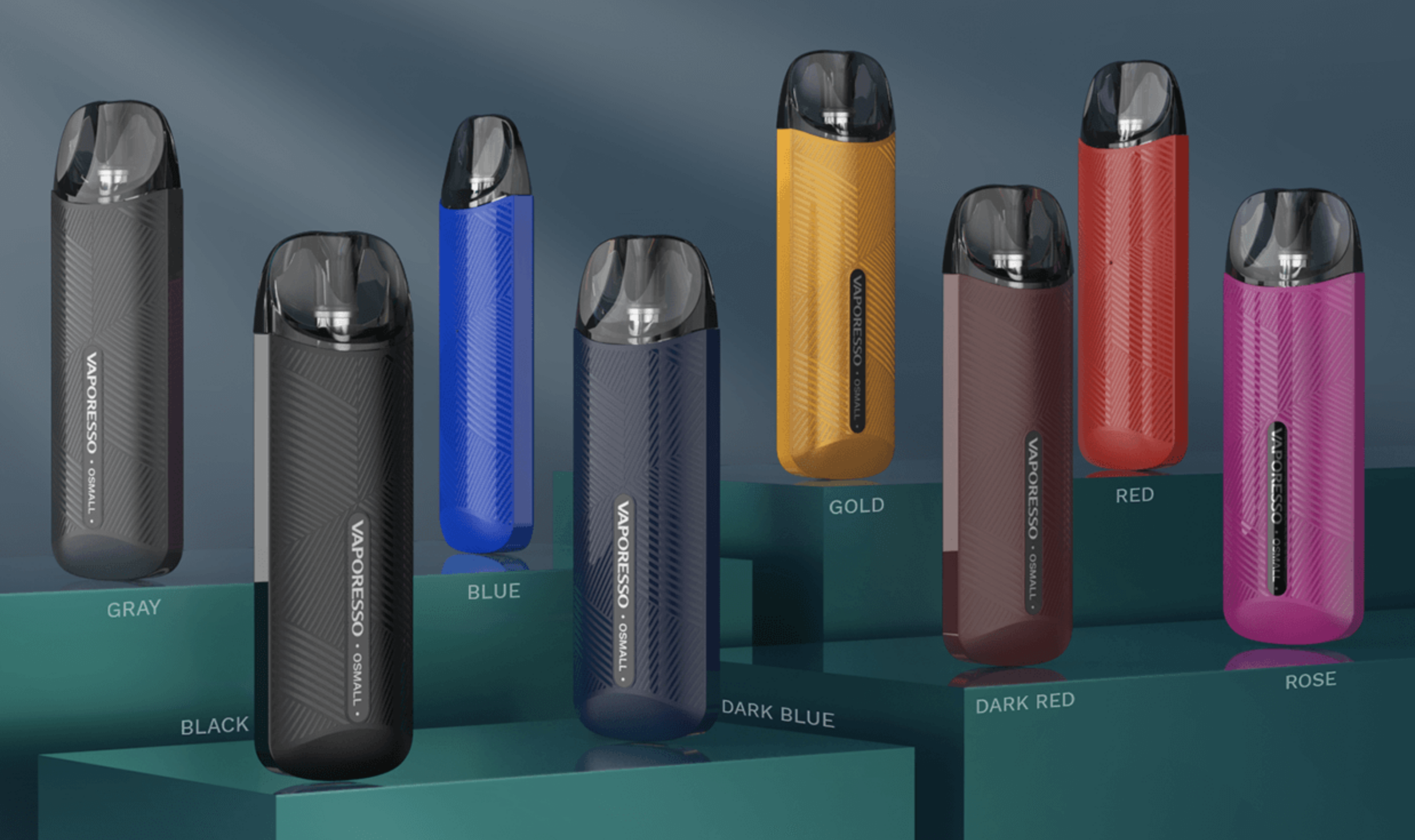 Vaporesso has launched a super affordable pod system called the Vaporesso OSMALL. The suggested retail price is only $14, which I think is surprising for a new vape device. This device is very similar to other popular pod devices on the market like the Zero, which was actually another Vaporesso device that worked great. The shape is flat and wide. I like this style because it drops right into the pocket without falling into some awkward uncomfortable position.

Vaporesso is going for minimalism here, but that doesn’t mean bland. It has a very nice glossy finish with thin strips on the casing, which creates a textured surface.

And it comes in a whole bunch of colors There aren’t any buttons on here, so you just take a hit and it activates. The output power is 11 watts, so it’s clearly not a cloud chucking machine, but Vaporesso’s coils are always really efficient, so you get a really good vape out of this. Vaporesso makes some strong claims about the flavor. They say that the OSMALL gives the purest tasting experience. They also say that you get the true flavor of your e-liquid without any deviation. Those are some big claims!

After using this for several months, I would agree that the flavor is excellent. It’s really good! I’ve tried a lot of Vaporesso’s products in the past and their coils are some of the best so I had no doubts about this one before I even opened it. The pod drops right into the device and is held in place with two small magnets. They use a built-in coil, so once the coil dies or no longer has good flavor, you need to replace the full pod. From what I can tell from the website, the pods cost $5 for a pack of two. That’s actually a really good price for replaceable pods.

The coil is built at 1.2 ohm and the the wick inside is made of flax cotton and non-woven fabrics, just like the coils they sell for other tanks, which is good news. These pods hold 2ml of e-liquid, which is common for devices like this. That’s plenty for a tight-draw device like this. To fill the pod, you just pop open the seal on the side of the pod. Vaporesso describes this as a system for high nicotine delivery. That shouldn’t be news to you if you’re familiar with pod systems. They are the most satisfying with high nicotine eliquids. I’ve been using only high-nicotine liquid in the OSMALL and the hits are great. The battery inside the OSMALL is a 350mAh battery. It’s small, but typical. You might be able to get a full day of vaping out of it depending on how much you vape, but in my own experience with it, you’ll probably have to charge it every day or even once or twice throughout the day.

It charges using a micro USB cable and you can vape it while it’s charging. There’s not a ton you can say about a little basic pod device like this but would say that this has been an excellent vape. I’ve been using this for months and I use it nearly every day. High-nic liquid hits great, the throat hit is damn near perfect, the airflow is nice and restricted, and the flavor is awesome. The OSMALL has been one of my favorite pod devices.

There are some drawbacks though. The biggest one for me is that it has a really small battery. I don’t vape often and I have to charge this every day. Vaporesso also used a micro USB cable for charging when most manufacturers are switching to USB-C. Other than that though, it’s been a very good pod device.

This was sent to me for review from Vaporesso and you can pick one up for only $14.