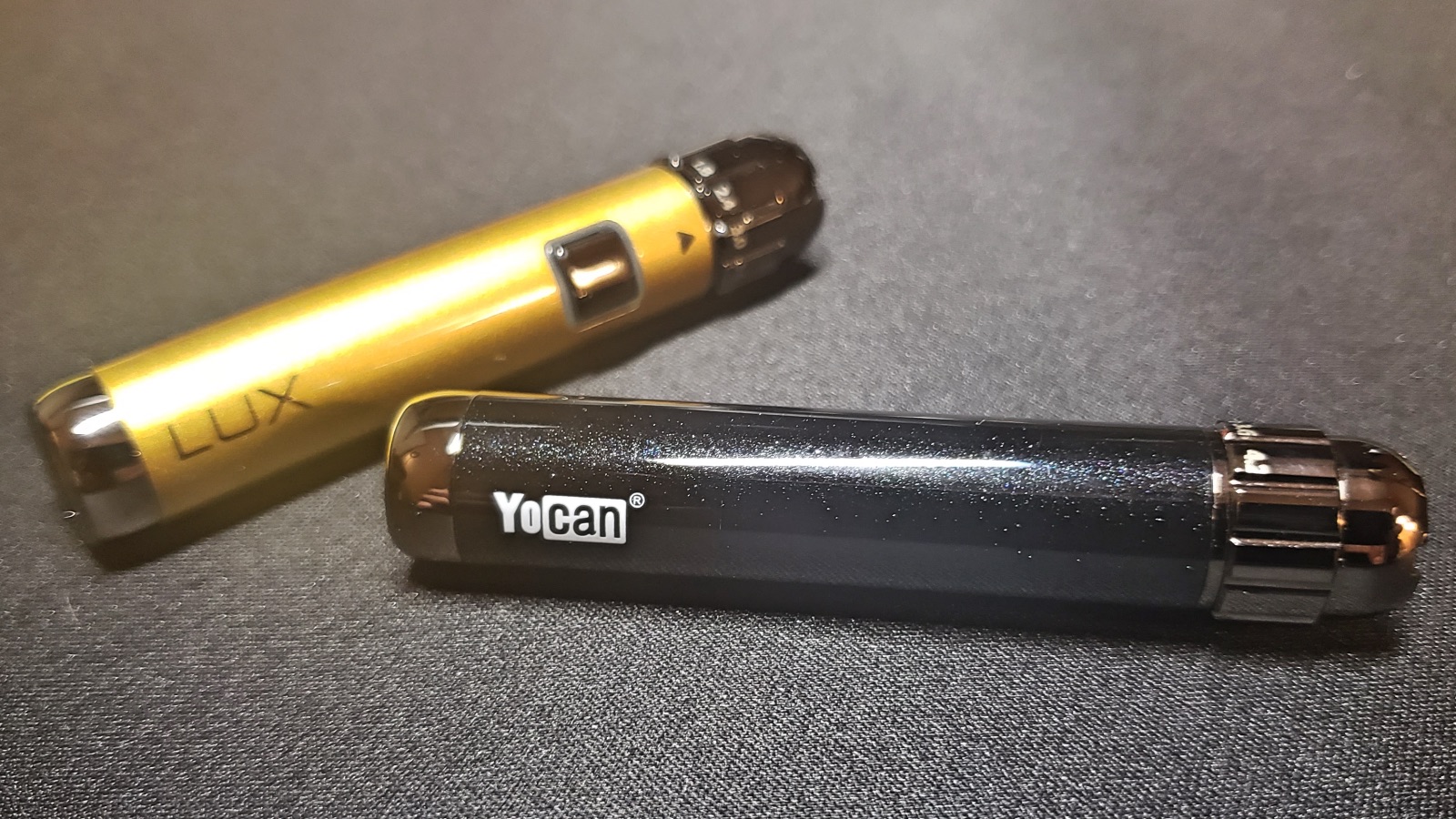 The Lux was sent to me for review from Yocan. This is a pen-style vape designed for carts, although you can use any kind of tank here as long as it has a 510. 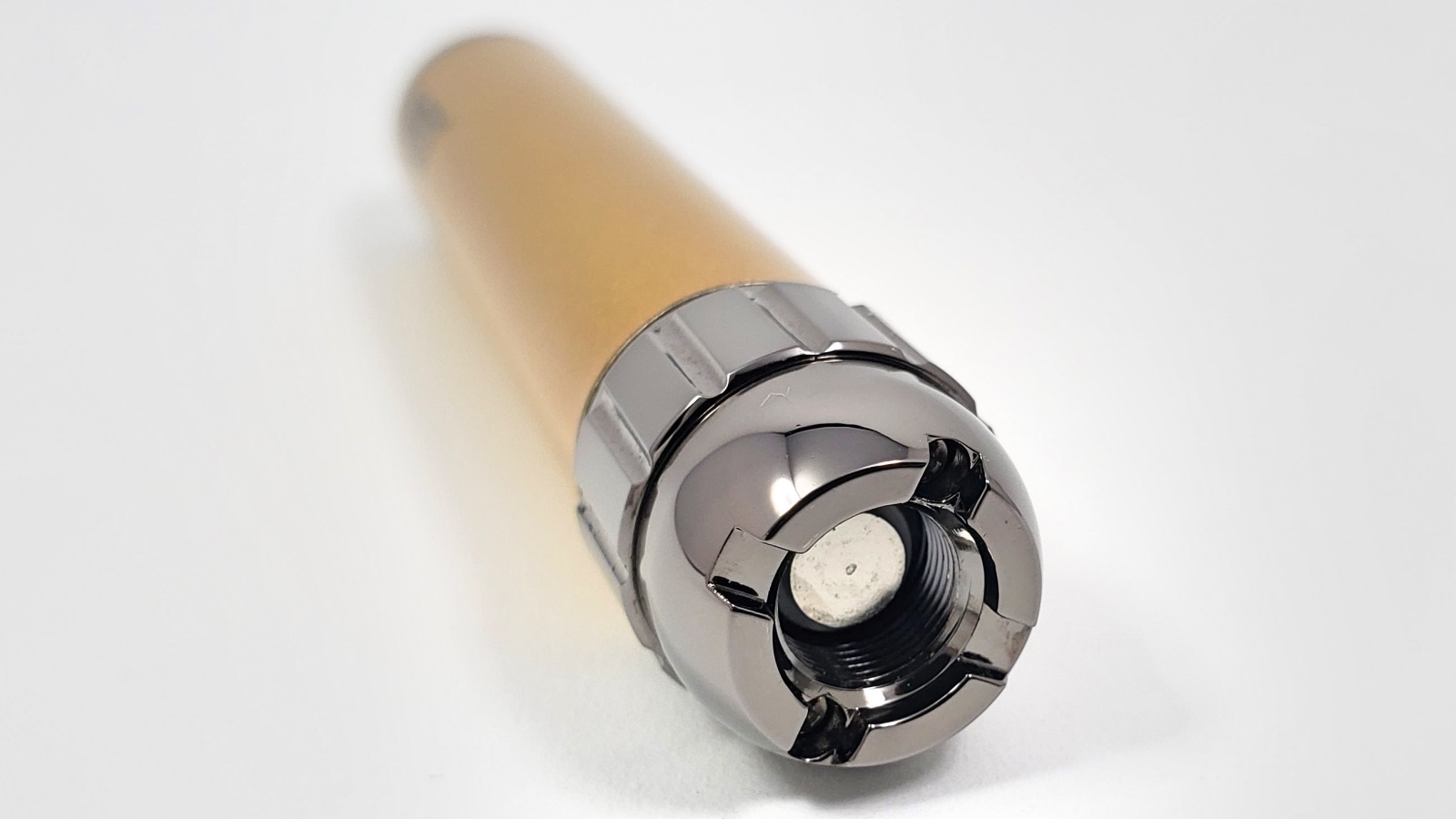 This is a tiny little device. And the whole thing is made of metal, making it feel high quality. On the top is a 510 threaded adapter with airflow cutouts which is great for anyone using carts that don’t have airflow channels built-in. 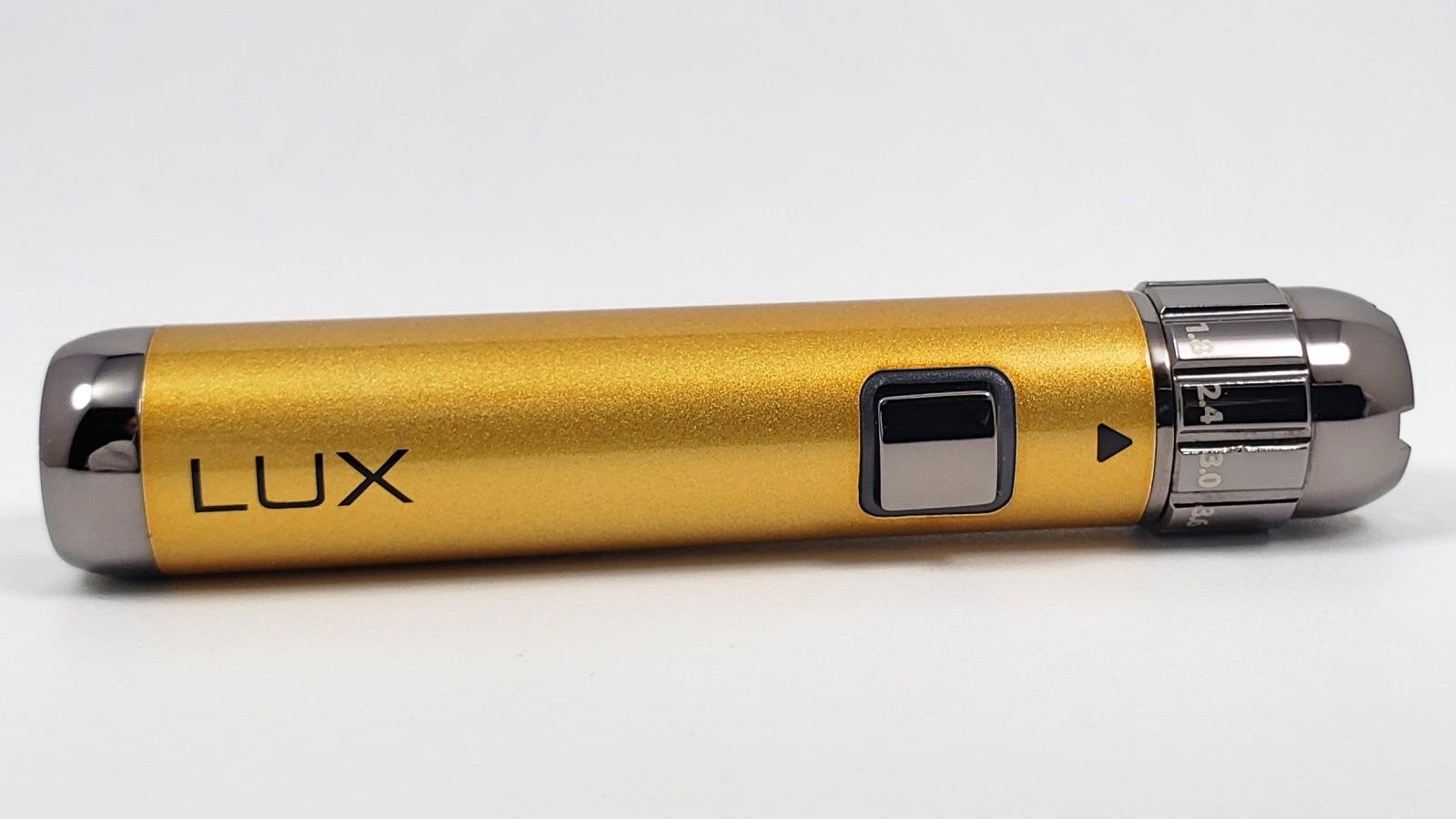 Then below that is the voltage adjustment dial, on the side is a firing button, and on the bottom is a micro USB port. There’s some branding printed in a couple of places, but overall, it’s a really simple device. 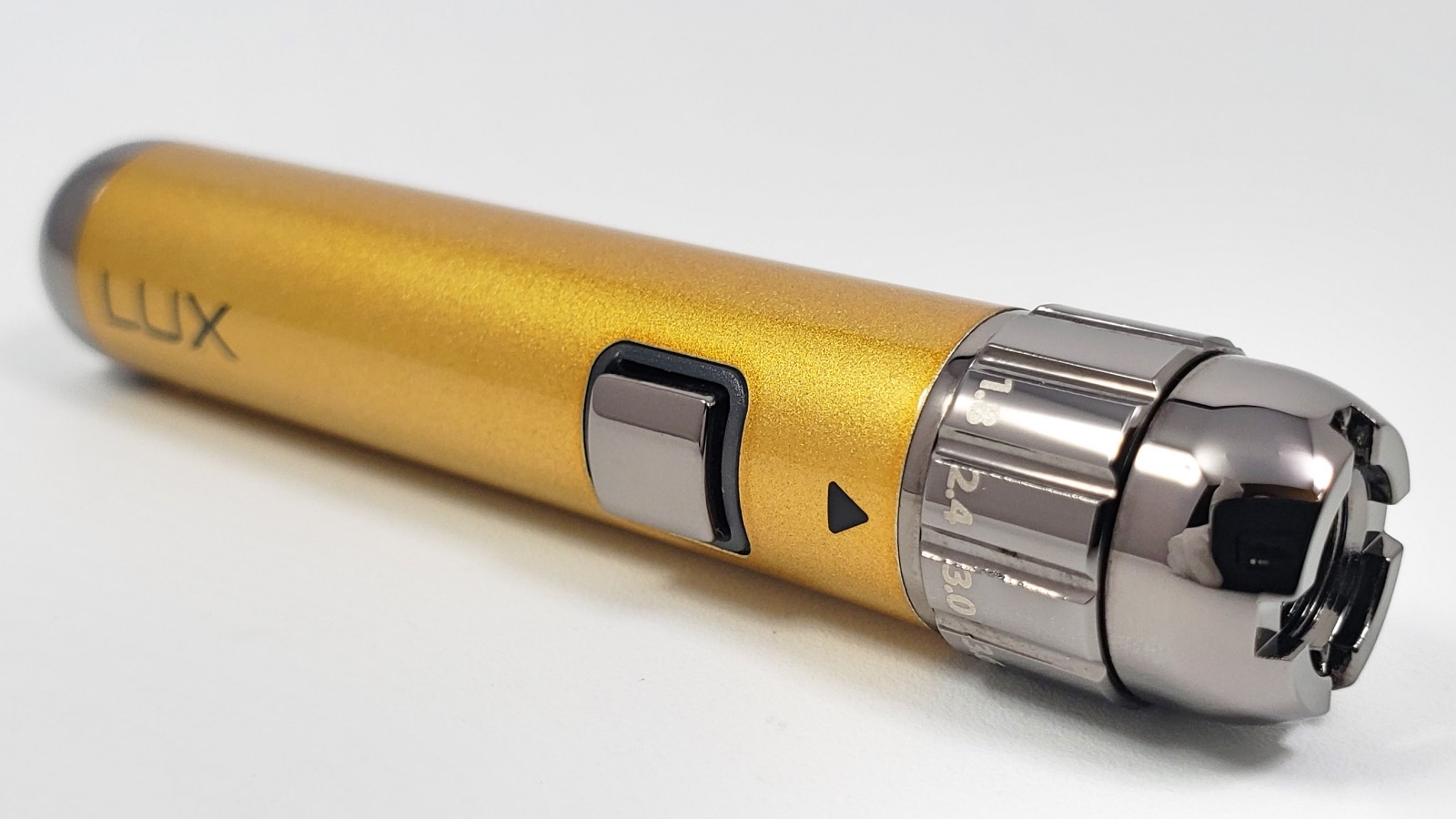 Press the firing button five times fast to turn the device off and on.

Something really important to keep in mind with the Lux is that it’s only compatible with atomizers built at 0.7 Ohm and higher. So if you’re using a cartridge that comes in lower than that, it won’t fire.

The device will fire for up to 15 seconds and then shut off. I wouldn’t think most people would even get close to hitting for 15 seconds, so I think it’s more than enough time for each hit. And then you get the safety benefit of this not accidentally firing in your pocket or bag. 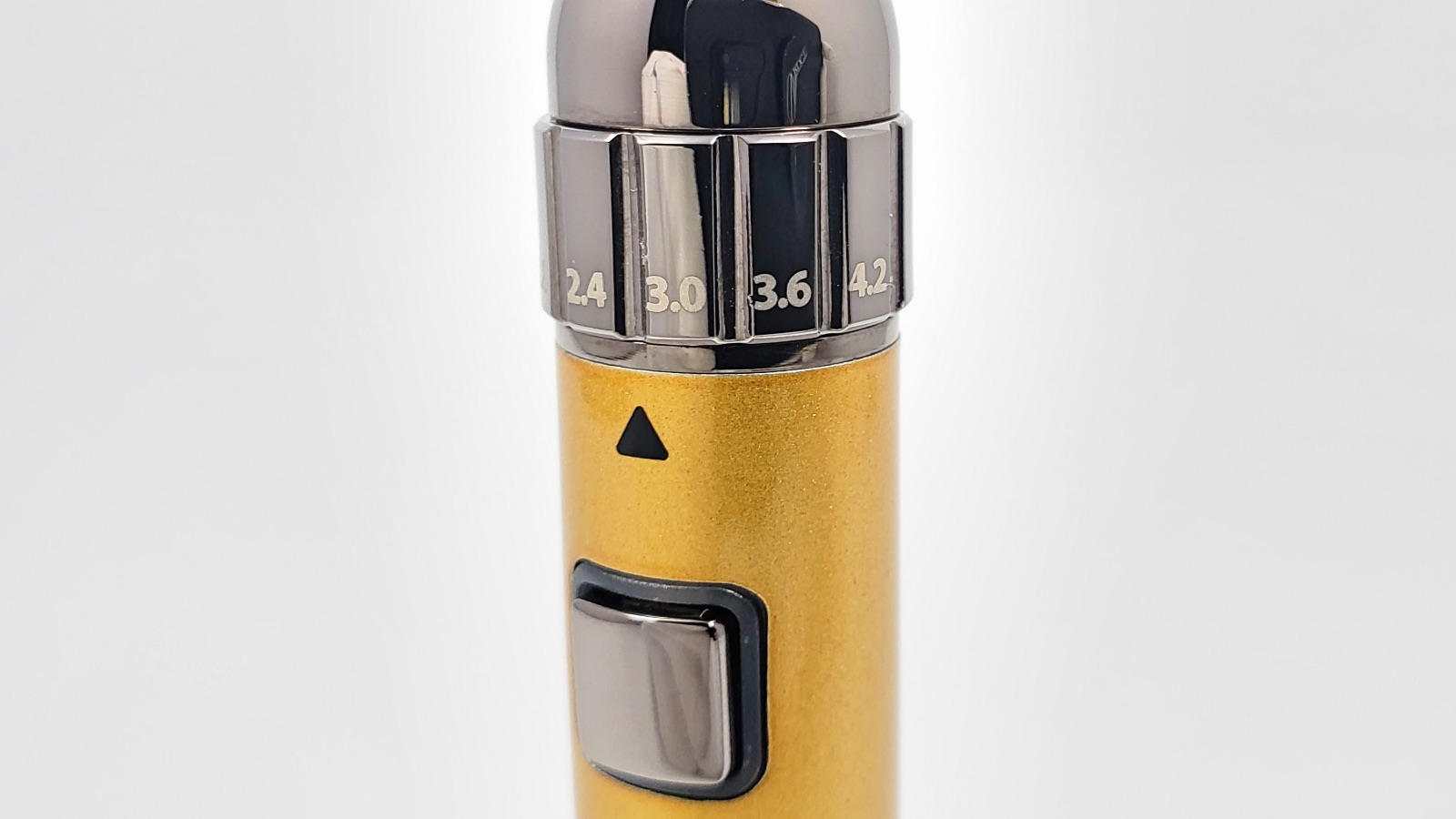 There’s a ring at the top of the device that you can use to adjust the voltage. It sort of glides as you move it, not clicky. You can adjust it anywhere from 1.8 volts to 4.2 volts. There are numbers on the dial in 0.6-volt increments to indicate where you’ve set the voltage. The one thing I’m not sure about here is if you can actually change the voltage to something between the numbers on the dial. For example, can I change it to 2.1 volts? But even if it doesn’t, increments of 0.6 volts lets you get as close to where you might want it set at anyway. 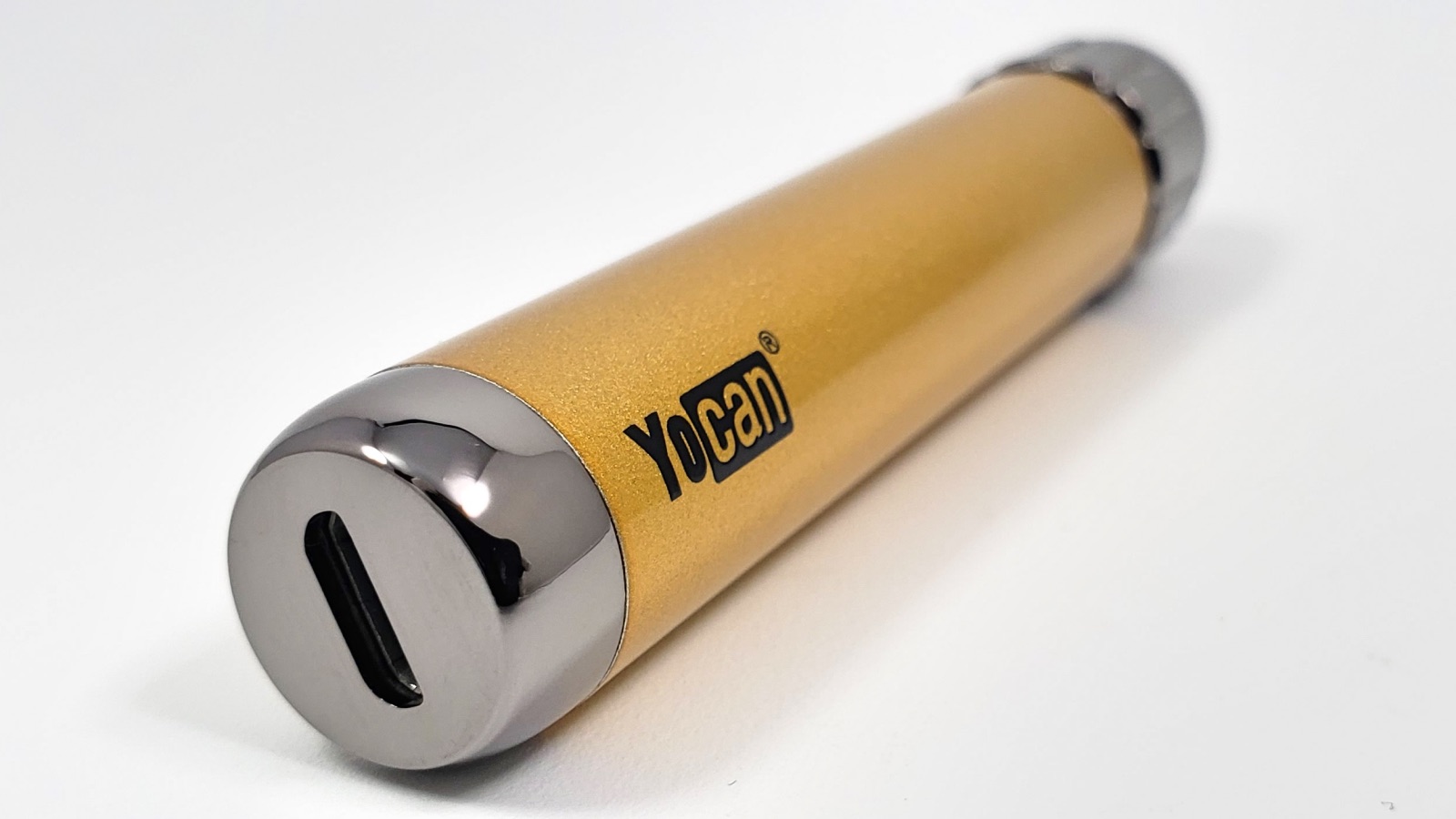 The battery inside the Lux is a 400mAh battery. It’s tiny, but I’m also a little surprised that this has a battery that big for a device this small. I think that’s pretty good.

The biggest complaint I have here is that this charges using a micro USB port. I hardly ever see micro USB ports on anything anymore, so this is surprising. And they didn’t include a Micro USB cable in the package either. Most people probably still have micro USB cables lying around, so it’s not too big of a deal, but that might be an issue for some people. 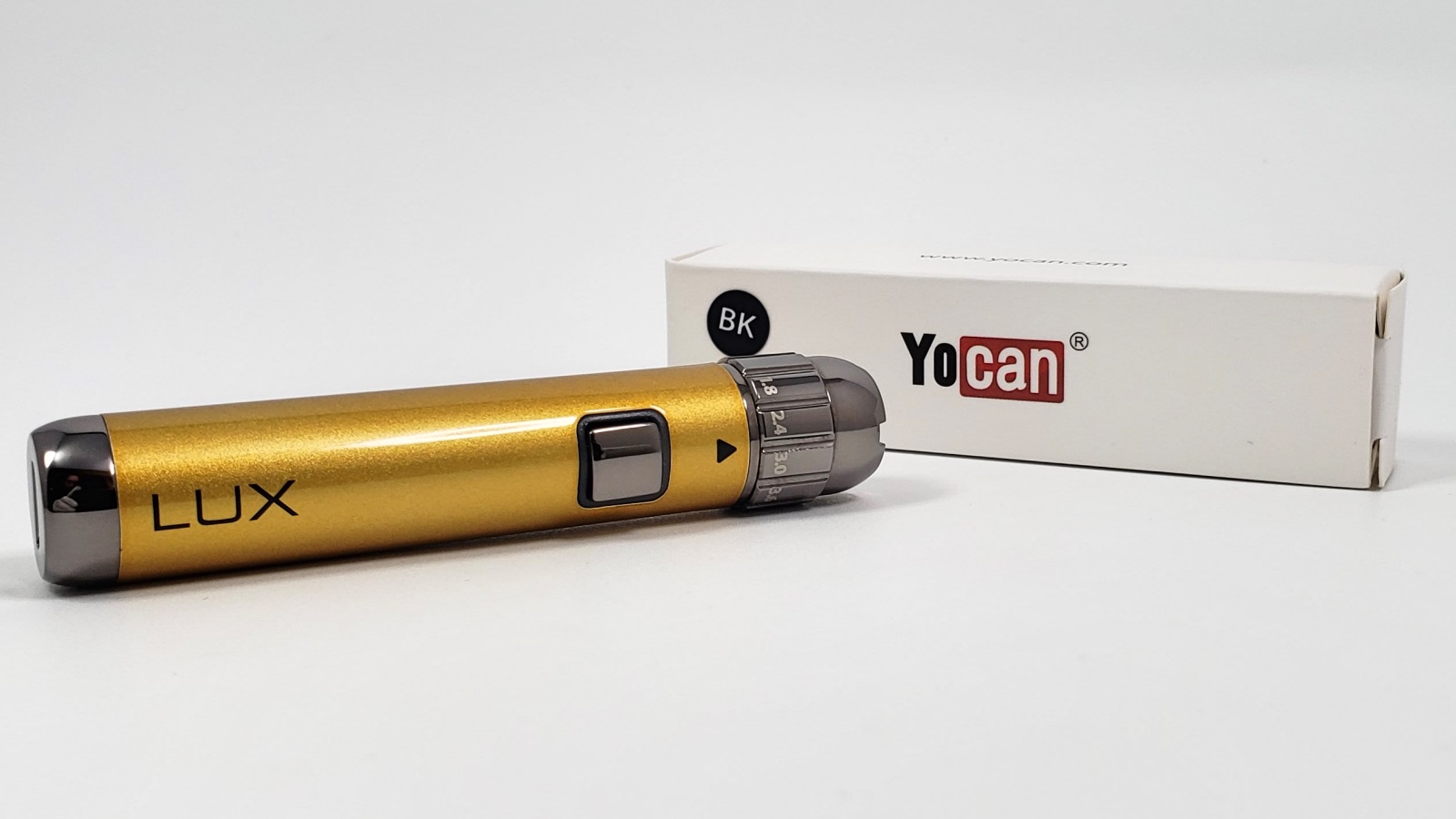 The Lux works and looks great. It’s a tiny cartridge vape that’s super portable, it’s made of durable metal, it has adjustable voltage, it has 10-sec. preheat, and the 510 adapter has airflow channels to give you more options for different types of atomizers. I would have liked for this to come with a charging cable, and it really should have a USB-C charging port, but that’s really it for cons.

This was sent to me for review from Yocan. You can pick these up for around $19 from YocanOnline.com