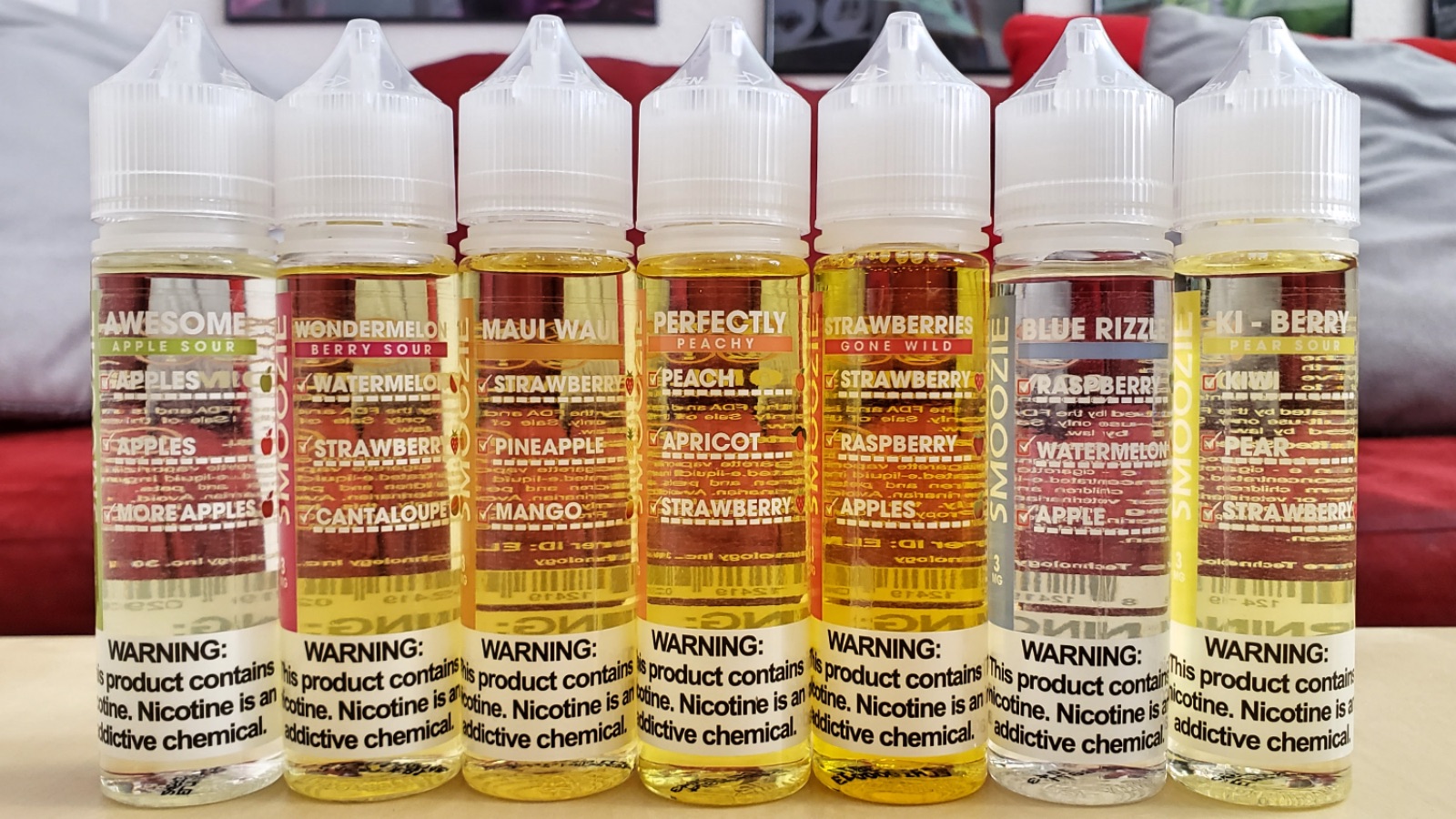 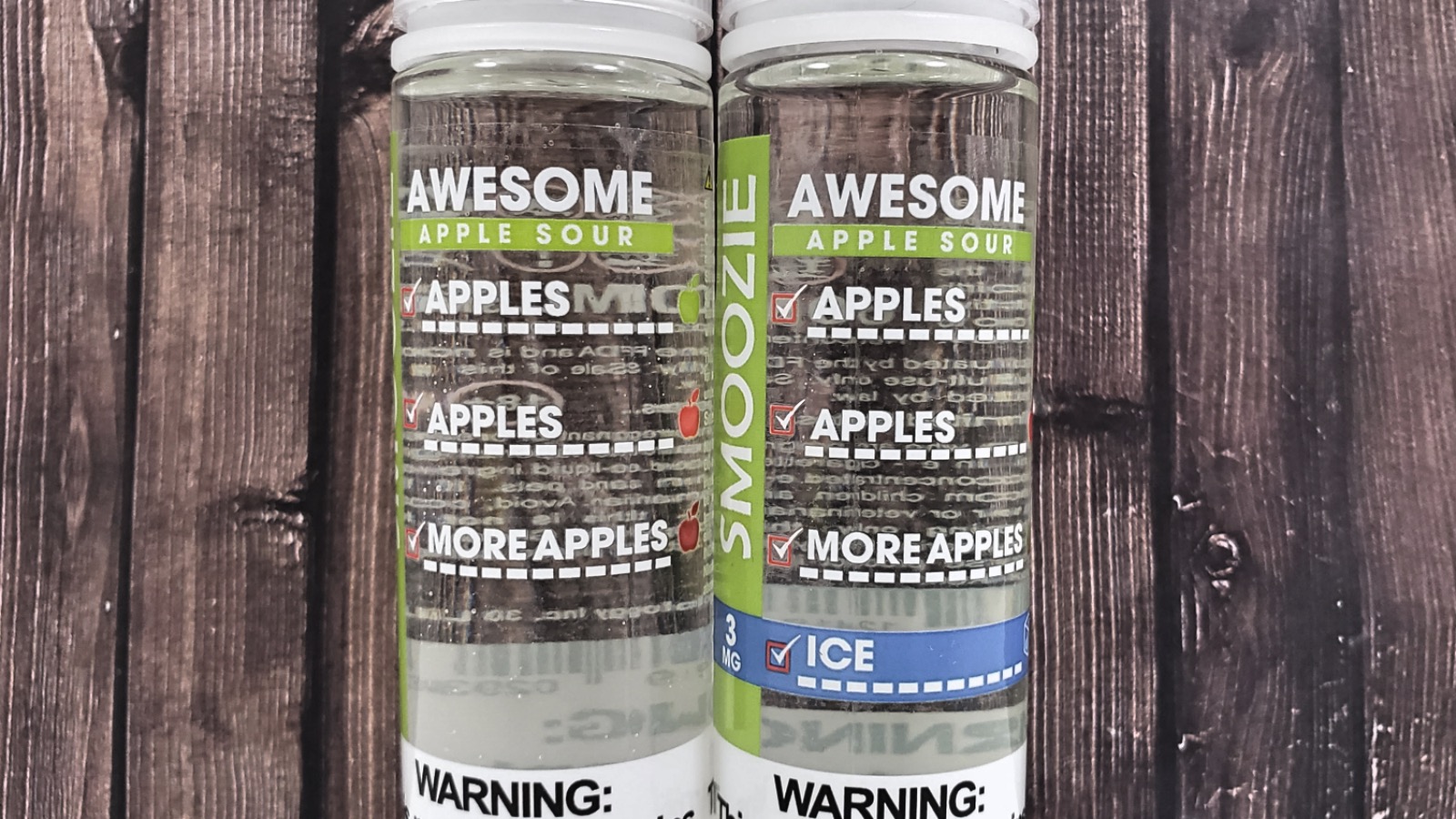 The only flavor note on this one is apples. Apollo says it’s like a crisp fresh-picked sour apple with a mix of both sweet and sour.

It definitely has a sweet apple candy flavor. It has the sweetness and tartness they say it has to so it’s very much like green apple candy.

The iced version sort of takes over a little of that apple flavor so you don’t get as much apple as you do in the regular version. I also don’t feel like the spearmint “ice” flavor and apple go together too well so I prefer the non-iced version. 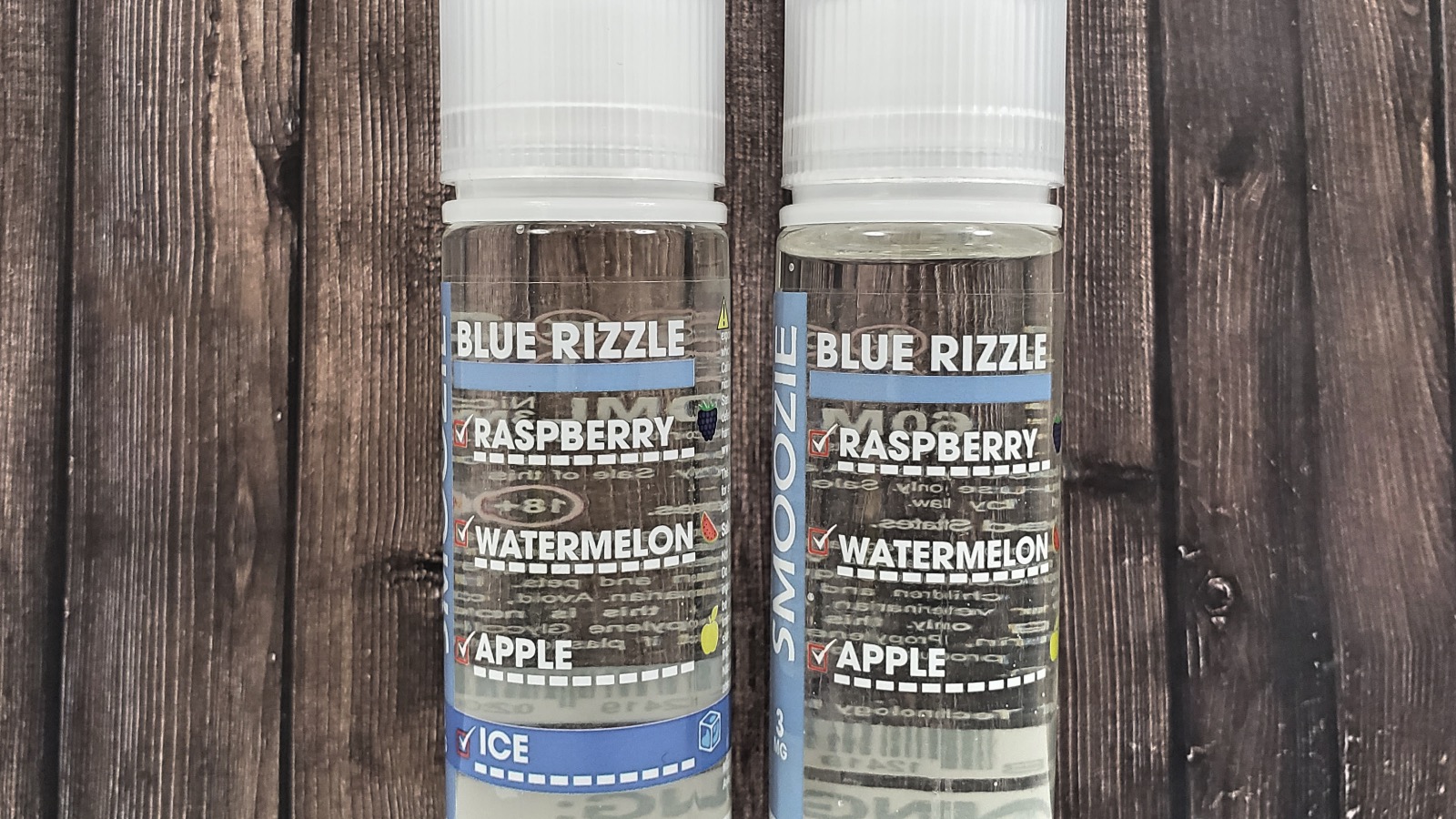 Apollo says the flavor notes in here are raspberry, watermelon, and apple. They describe it as a juicy blue raspberry with sweet watermelon and tart green apples, so it’s got a combination of sweet and sour.

I don’t get too much of the watermelon and apple out of it either. Maybe it’s adding something to it, like a little bit of that tartness that they mention in the description. But for the most part, just tastes like a blue raspberry Jolly Rancher to me. The flavor does come out pretty well though so it’s not mild. And if you like menthol, the ice version just adds a little bit of menthol on top and I think that this menthol actually brings out more of the flavor, so it works well. 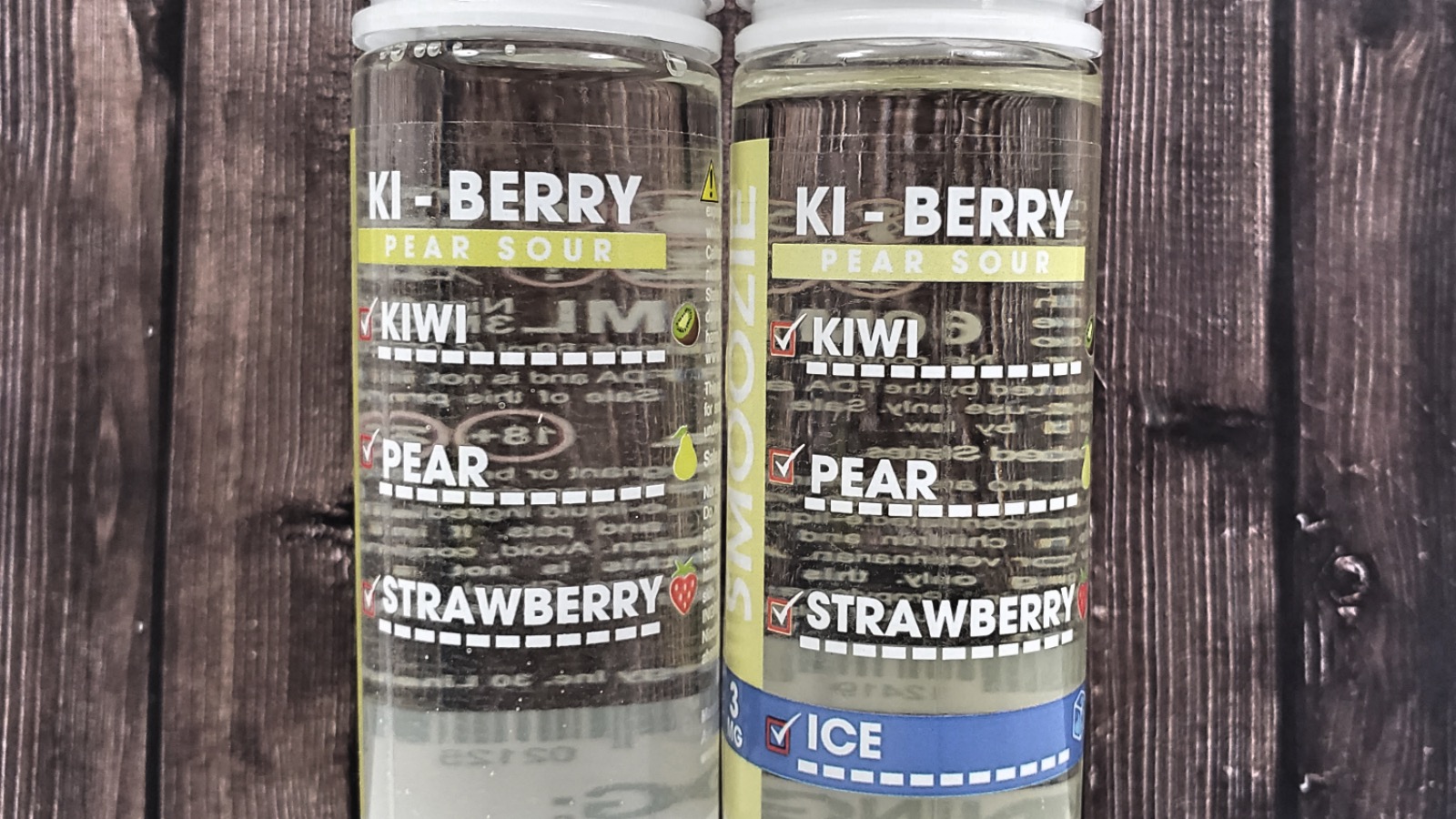 This has notes of kiwi, pear, and strawberry. Apollo says this is a sweet, sour, and tangy flavor with the kiwi adding sourness to the sweetness of the strawberries and pear.

It definitely has that pear and strawberry flavor. Those two flavors go together really well and come out good in this mix. I can’t really get the kiwi but that’s not surprising since kiwi is so light and usually just gives a mix some subtle changes. It’s sweet but not too sweet and does have a little of that sourness on the end. I like it.

In the menthol version, it tastes mostly the same but of course, it has that menthol kick. The strawberry flavor does seem more noticeable than the other flavors in this one compared to the non-menthol version. 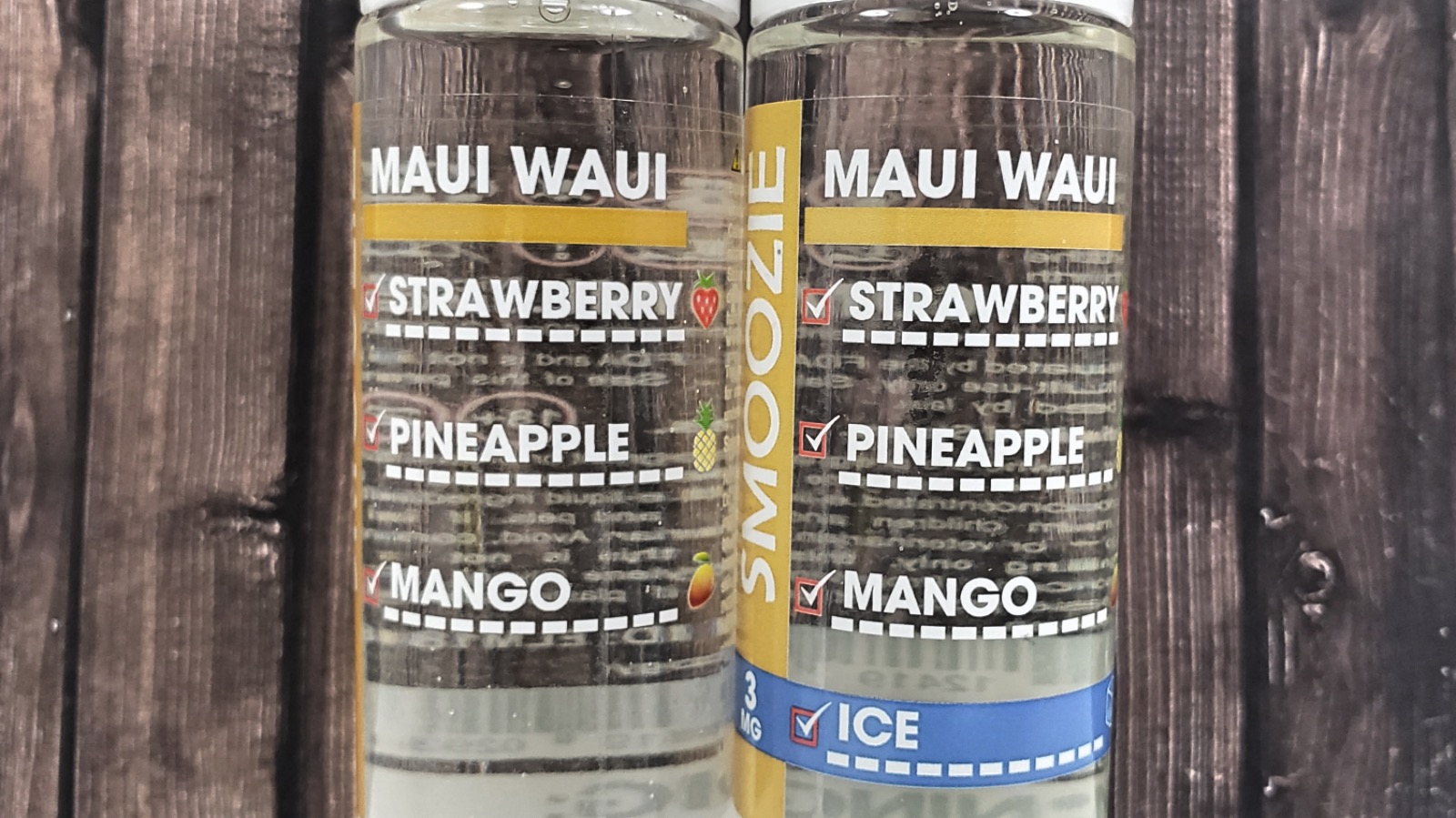 Maui Waui was sent to me for review from Apollo E-cigs. This comes from their Smoozie line, which is designed to taste like smoothies.

The flavor Notes are Strawberry, Pineapple, and Mango and Apollo says that this is a classic smoothie with tropical pineapple, sweet mango, and fresh strawberries.

This one definitely tastes like pineapple and mango. The pineapple comes out the strongest, at least at first. They start to mesh into each other after vaping it for a little bit. I’m not really getting a whole lot of those strawberries though. The overall flavor is sweet but not overpowering – more like natural fruit sweetness. I do think this one is probably the closest to a smoothie from any of the liquids in this line. I think it’s a good tropical vape.

The iced version tastes more like a spearmint gum flavor with just a hint of pineapple flavor. I would have liked for that menthol to be dropped way down and for the other flavors to be a lot stronger in the iced version. I actually think this one would be better with a different type of menthol – like a traditional menthol vs. spearmint. 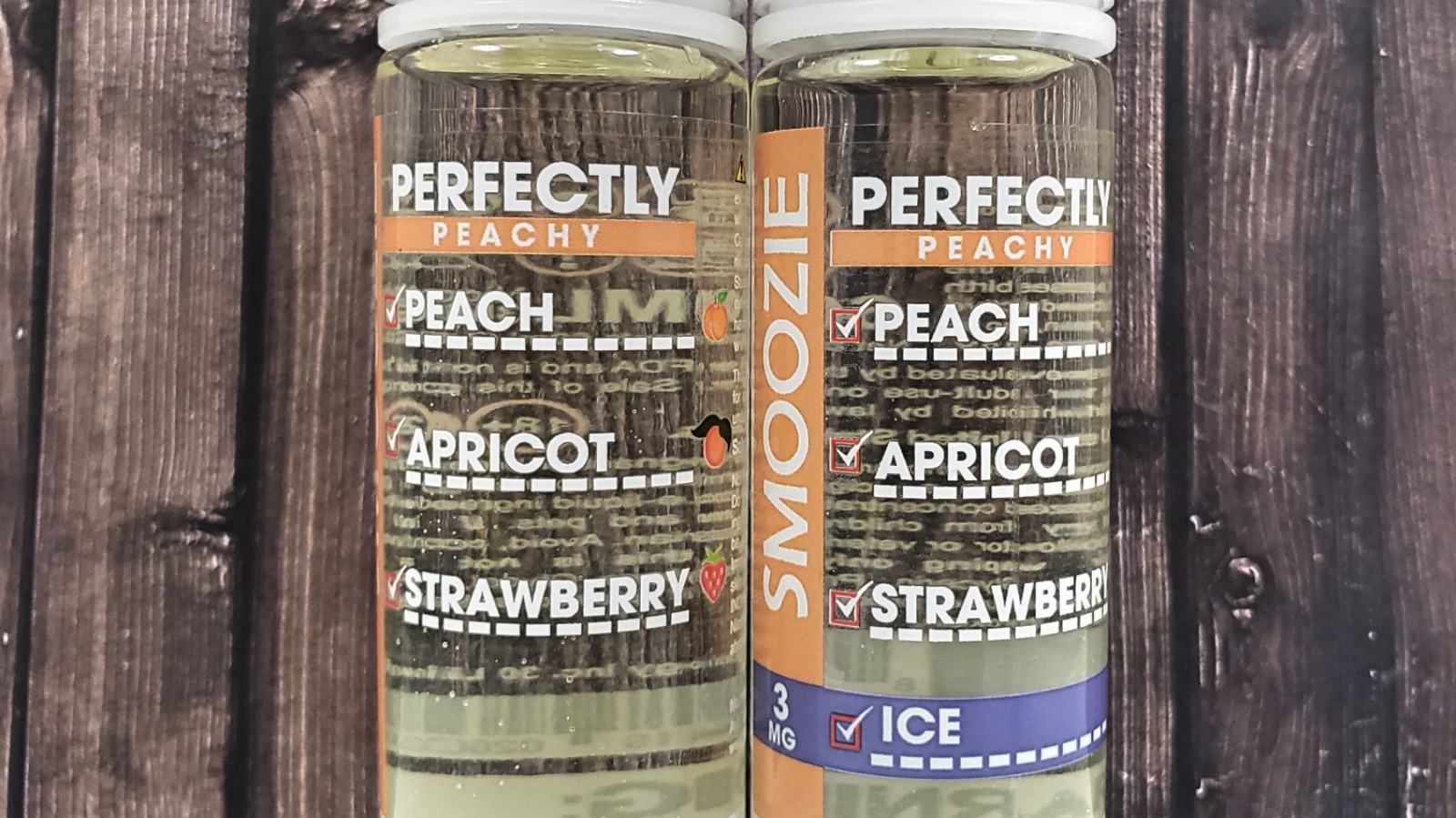 This one has notes of peach, apricot, and strawberry. Apollo says the peaches and apricots are sweet and the strawberry flavor is like freshly picked strawberries.

The peach and apricot go together really well and you can taste it very clearly. And the strawberry is a nice compliment to that blend. It’s a sweet but not too sweet flavor. The ice version just adds some menthol kick to it. 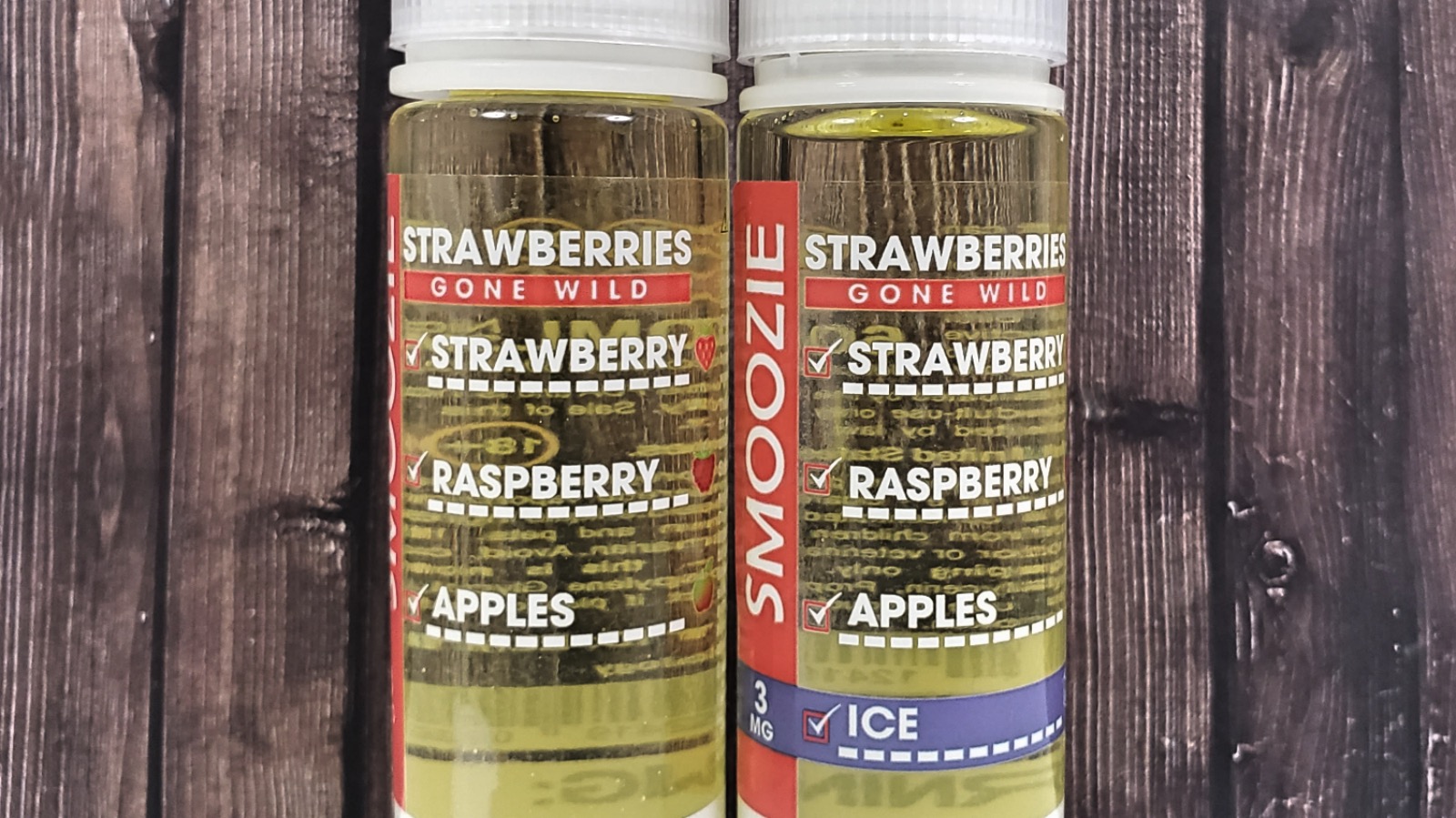 This has notes of strawberry, raspberry, and apples. Apollo calls this a berry mix that tastes like fresh sweet strawberries and raspberries and that has some sourness from the green apple.

This is a really nice red berry mix. The strawberry and raspberry go really well together and it’s nice and sweet. I don’t get a ton of that tart green apple but it’s definitely there adding to the mix. I think this one is pretty good.

I’m not always so good at tasting flavors through menthol so for me it’s a lot harder to get all of the flavors out of the iced version but it still tastes like a more mild version of the same thing with a lot more menthol kick. 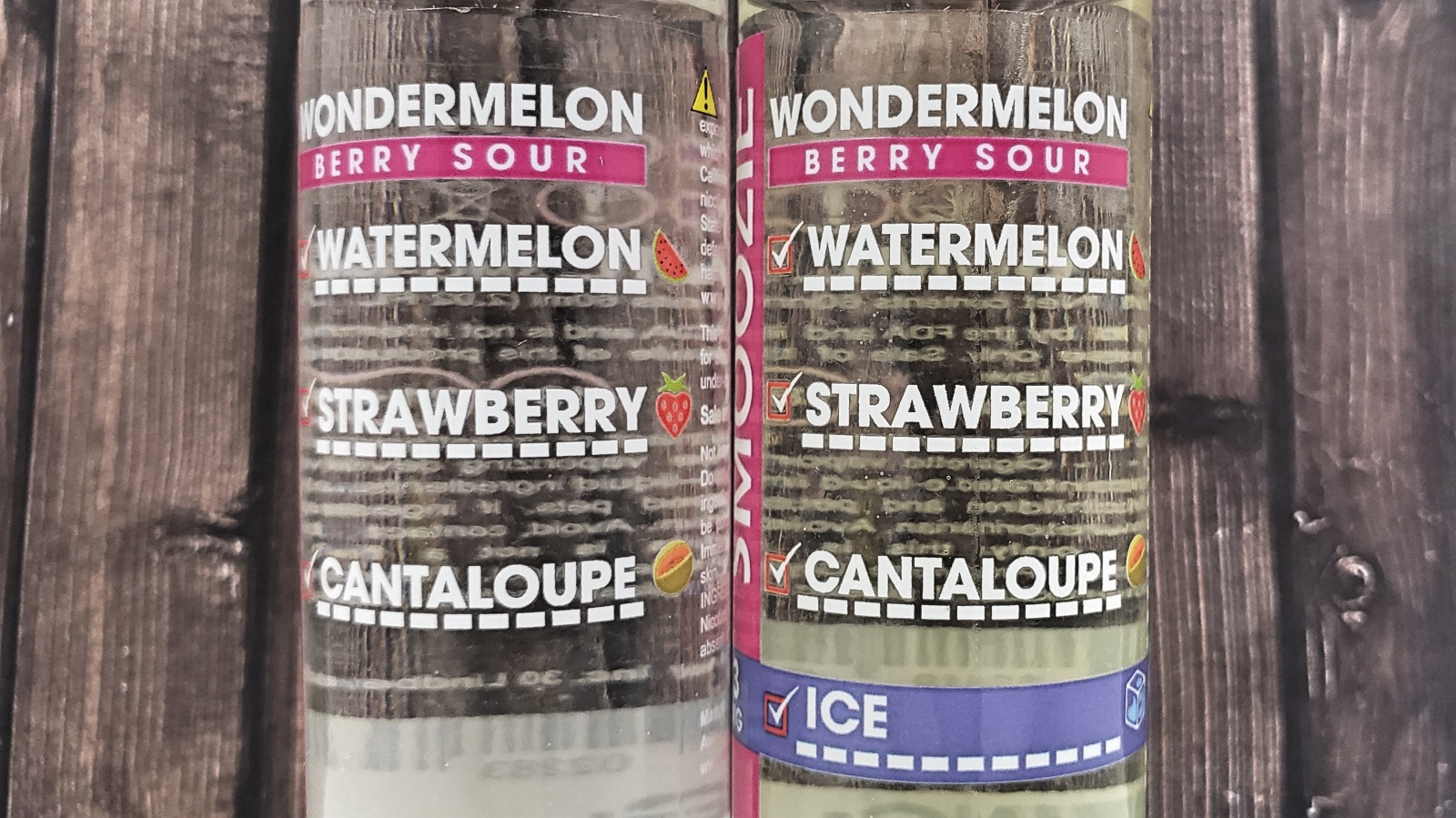 Wondermelon Berry Sour was sent to me for review from Apollo E-cigs and comes from Apollo’s smoothie line, which they call Smoozie.

The flavor notes are watermelon, cantaloupe, and strawberries. Apollo says it’s sweet and smooth with a sour aftertaste and balanced and full of flavor.

I can’t really taste the cantaloupe at all but I can really taste the watermelon and the strawberries. The watermelon is the strongest and it almost makes it taste like a big juicy piece of watermelon bubble gum at first but then you have that hint of strawberry that brings it down a little bit with a sort of earthy flavor. I do get that sour aftertaste just a little too, almost like they added with a little bit of yogurt flavor in here. Not a lot though so I wouldn’t worry too much if you don’t like yogurt vapes. I like this one. It’s good and unique.

That’s the full line. I think they’re all really good but I didn’t think any of them really tasted like a smoothie. I also didn’t care much for the menthol versions of these liquids. I think the menthol would have been better if it was a normal menthol flavor instead of a spearmint flavor. But for the non-iced versions, I thought they tasted great.