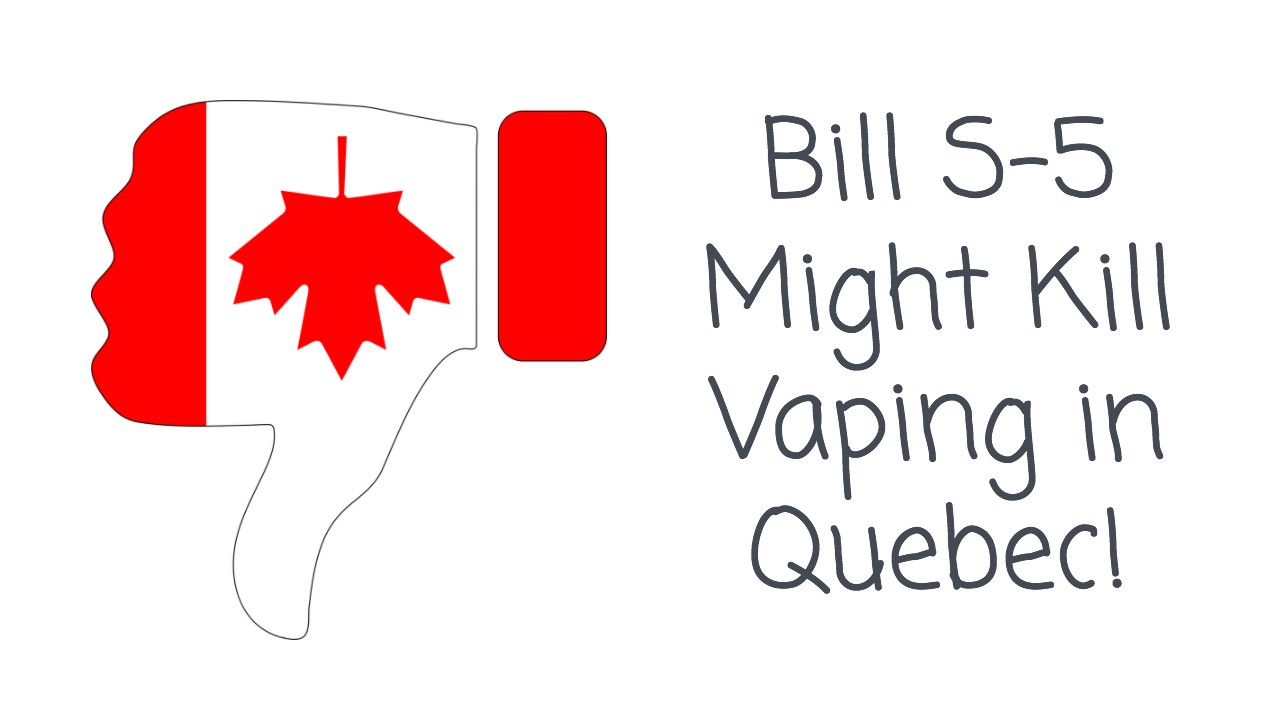 I don’t know how big of a role David Goerlitz played in advocating for vaping before he was featured in the popular documentary “A Billion Lives,” but since then, we’ve seen a lot of him. He’s been a really big advocate for promoting the benefits of vaping, which is great.

In November 2015, the Quebec government classified vaping products as tobacco products with Bill 44. Since then, 40% of stores went out of business and all online stores were shut down.

Now Quebec vapers have to worry about Bill S-5, which is a federal level bill that regulates vaping under the Tobacco Act and puts Health Canada in charge of regulating the industry.

This bill is basically what the deeming regulations did to the U.S. The anti-vaping groups in Quebec are doing the same thing too. They are putting out press releases showing how major health associations want vaping products regulated and how they need to protect the kids.

S-5 will prohibit any person, not just store owners, “any person” from making statements about vaping having less risk than smoking.

It restricts advertising and promotional materials based on what could conceivably appeal to youth. They use broad language and don’t specify what is considered promotional or appealing to youth.

It will ban flavors since flavors attract kids

Every product in a vape shop will be considered a tobacco product, including batteries, tanks, devices, cotton, vegetable glycerin, and so on.

It’s a good short and informative documentary and I would recommend watching it, even if you don’t live there, just because it gets you fired up to do something to help.

Anyway, if you live in Quebec, you need to fight this bill, here’s a petition and also here’s some great information about what you can do along with a list of senators and members of parliament who you can contact.