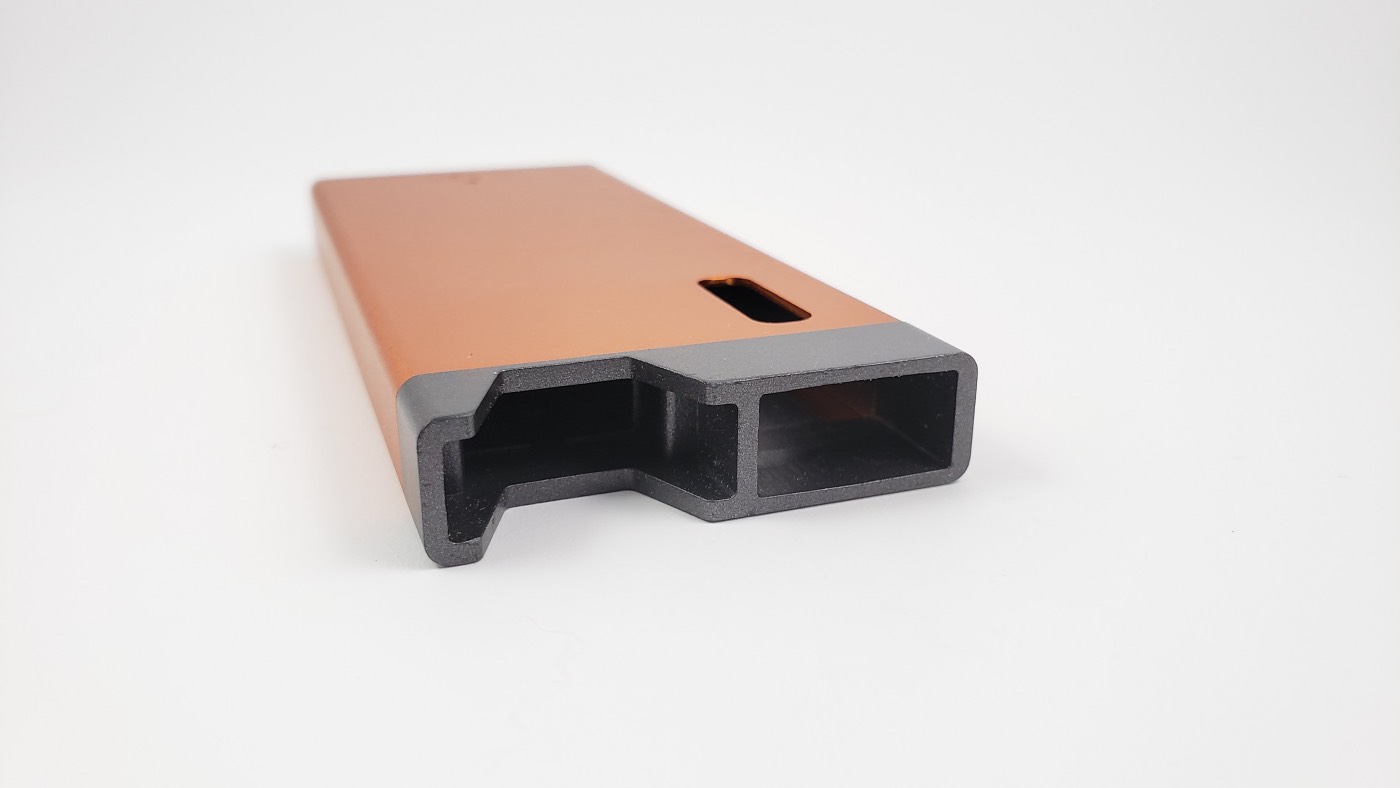 The Brik Juul charger was sent to me for review from BrikCharger.com. Get it here (affiliate). This is a stylish and slim portable charger for the Juul. The design of the Brik chargers is awesome. I really like it. It looks like it belongs with the Juul – like it’s something that would have been made by Juul. It’s basic, stylish, and the finish and colors are great. I’m a big fan of the looks and design.

The Brik is also pretty small. It’s as tall as a Juul with a pod attached and it’s about as wide as three Juuls. And it’s just a little thicker than a Juul. So it’s very portable. You can keep this in your pocket without it taking up much room, or you can easily throw it into a bag and it’ll stay out of the way.

How to Use The Brik The Brik has two ports; one for the Juul and another to store a pod. You can slide the Juul into the charger and it’ll pull the Juul in using magnets. The magnet is nice and strong, but not so strong that you can use some force to get the Juul to come out. But your Juul won’t just fall out or anything. The storage space is designed to hold a single Juul pod with the cover off of the pod. The design is pretty intuitive. The main idea here is to take the pod off the Juul, and then put the pod in the storage space and the Juul in the charging slot. When you’re ready to use it, you pull the pod out of the storage and back into the Juul so that you can get the Juul out. But you could also leave the pod in the Juul and use the storage space for an extra pod. The Juul will stick out a little, but it’s not a big deal. So it’s a pretty cool option. The battery has a 1000mAh battery, which Brik says is enough for three full charges of the Juul. I’d actually say that it would do more than that, but I think they’re being conservative and offering a reasonable number. It’ll also fully charge a Juul in an hour.

Three complete charges are pretty good and if you’re switching between the Brik and the regular charging adaptor for the Juul, you shouldn’t have to worry about ever having your Juul die on you.

To charge the Brik, you get an included mini USB cable. You just plug that in and you’ll see the little LED light up telling you how much battery life you have left in the Brik. Green is fully charged and has three charges left, orange is a medium charge and has two charges left, and red means you have one charge left and you need to charge the Brik soon.

One other note here is that you can’t vape the Juul while it’s charging. I don’t think that’s even possible with the Juul anyway, no matter which charger you use.

So that’s pretty much it for the Brik, but I also wanted to talk about some charging cables that Brik sent me. Now here’s something I didn’t realize was possible, but you can actually use your phone as a charger for your Juul. So Brik makes three Juul charging cables that plug into your computer or even your phone.

The USB charging cable is designed to plug into your computer or any typical USB wall charger. It’s 15 inches long, so it’s more than long enough to give you plenty of wire to charge the Juul easily.

The Micro USB and USB-C cables are what you’d use if you wanted to charge your Juul with your phone, such as with an Android phone. The Micro USB cable is a little more than five inches long and the USB-C cable is a little more than six inches long. The reason these cables are so short is that Brik wanted them to be more convenient when on the go.

There was also a cable for the iPhone, but I guess a recent Apple update made the cable unreliable, so Brik isn’t selling it anymore. That’s always been a problem with third-party cables on the iPhone, so I don’t know if Brik plans on releasing a new version of the cable, but as of now, you can only get USB-type cables.

These are really cool because your phone has a huge battery. The Galaxy S9+, for example, has a 3500mAh battery. That’s more than 10 full charges of the Juul that you can get out of your phone. I really love this idea. And these cables only cost $8 each, so they’re really affordable So that’s it for the Brik charger and their additional charging cables. I really like everything they sent me. The charger looks great, works great, it has a big battery, and it’s nice and small. And the charging cables they sent are a great idea too. I had no idea I could use my phone to charge other devices, so having a cable like this in my backpack that I could use to charge my Juul at any time is really handy. I also noticed that Brik has free shipping on orders over $10, so if you’re ordering two or more cables or a charger, you’ll get free shipping. They also ship internationally, but I don’t know if you get free shipping if you’re outside of the U.S. It looks like you do from what I can tell from the website though. It’ll just take a little longer to get to you.

So yeah, that’s it. If you’re interested, Brik sells the charger for $30 (affiliate) and the cables for $8 each (affiliate). Check them out at BrikCharger.com.