The Davinci IQ dry herb vape was sent to me for review from DavinciVaporizer.com. This is considered one of the best dry-herb portable conduction vaporizers on the market in terms of performance and build quality. I don’t have a lot of experience with this type of vaping, but I’ve tried to my best to really understand everything about it. So let’s take a look at it. 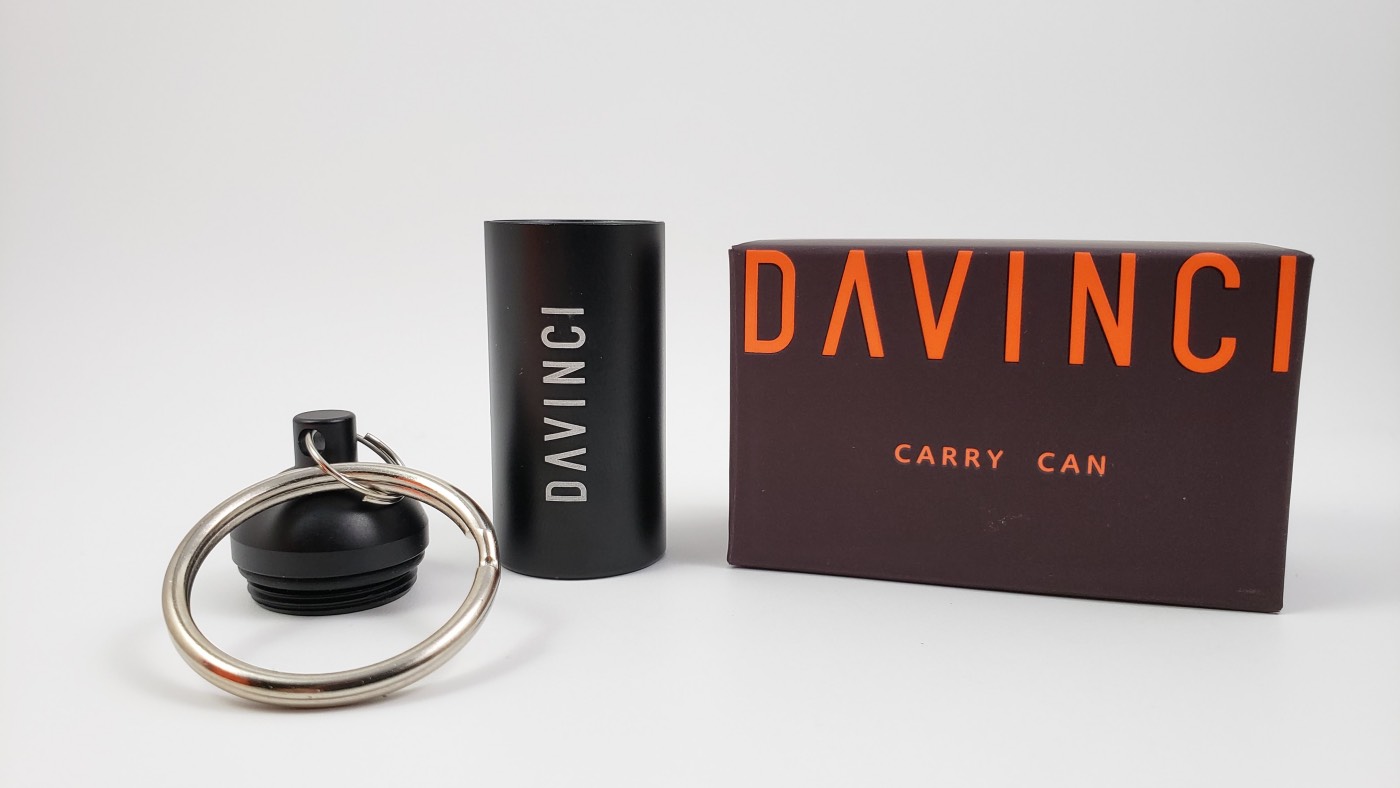 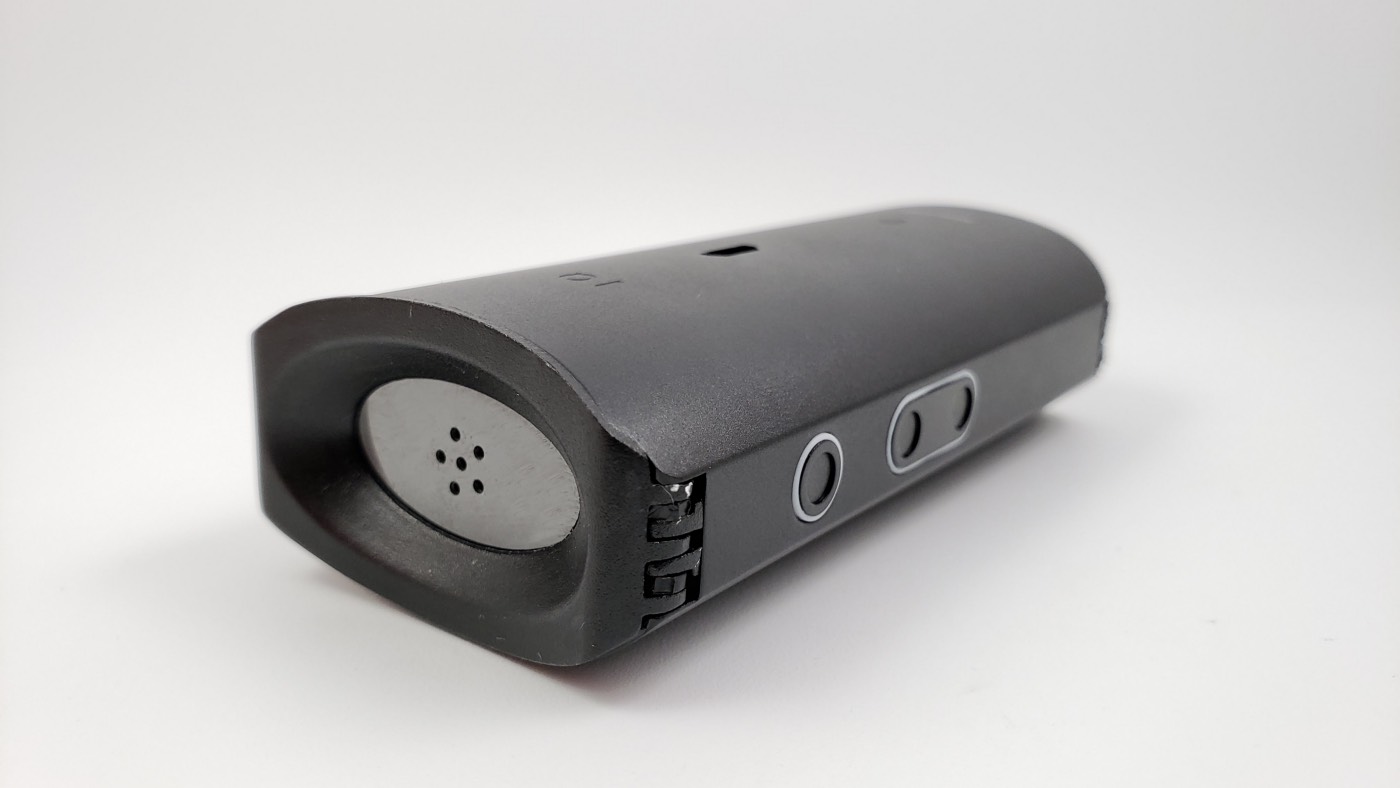 The size of the device is great. It’s easy to carry around and use whenever you want without being noticeable. 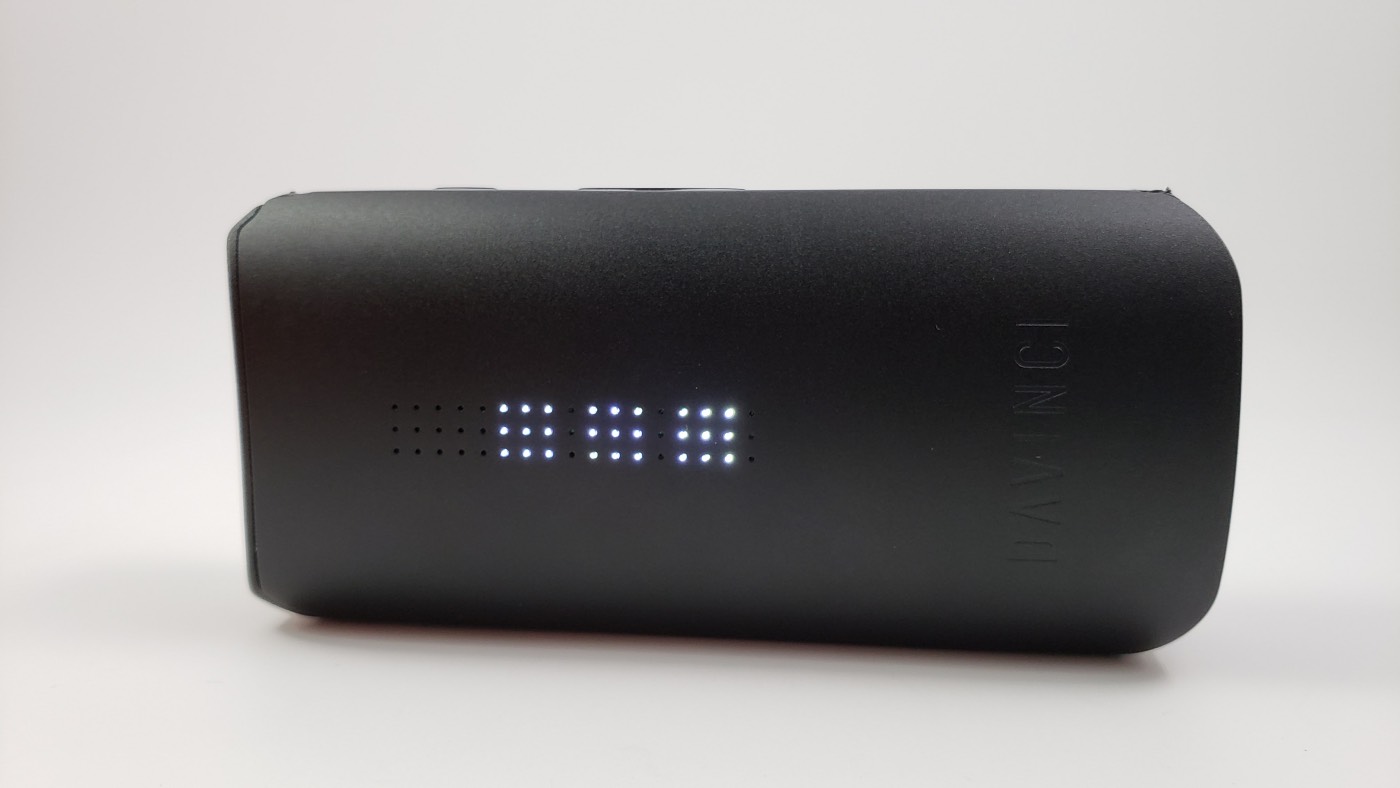 The LED grid on the front of the IQ is really nice too. There are 51 tiny LED dots here that really adds to the higher-end technology feel of the device. The temperature numbers show up on these LEDs to let you know what it’s set at. 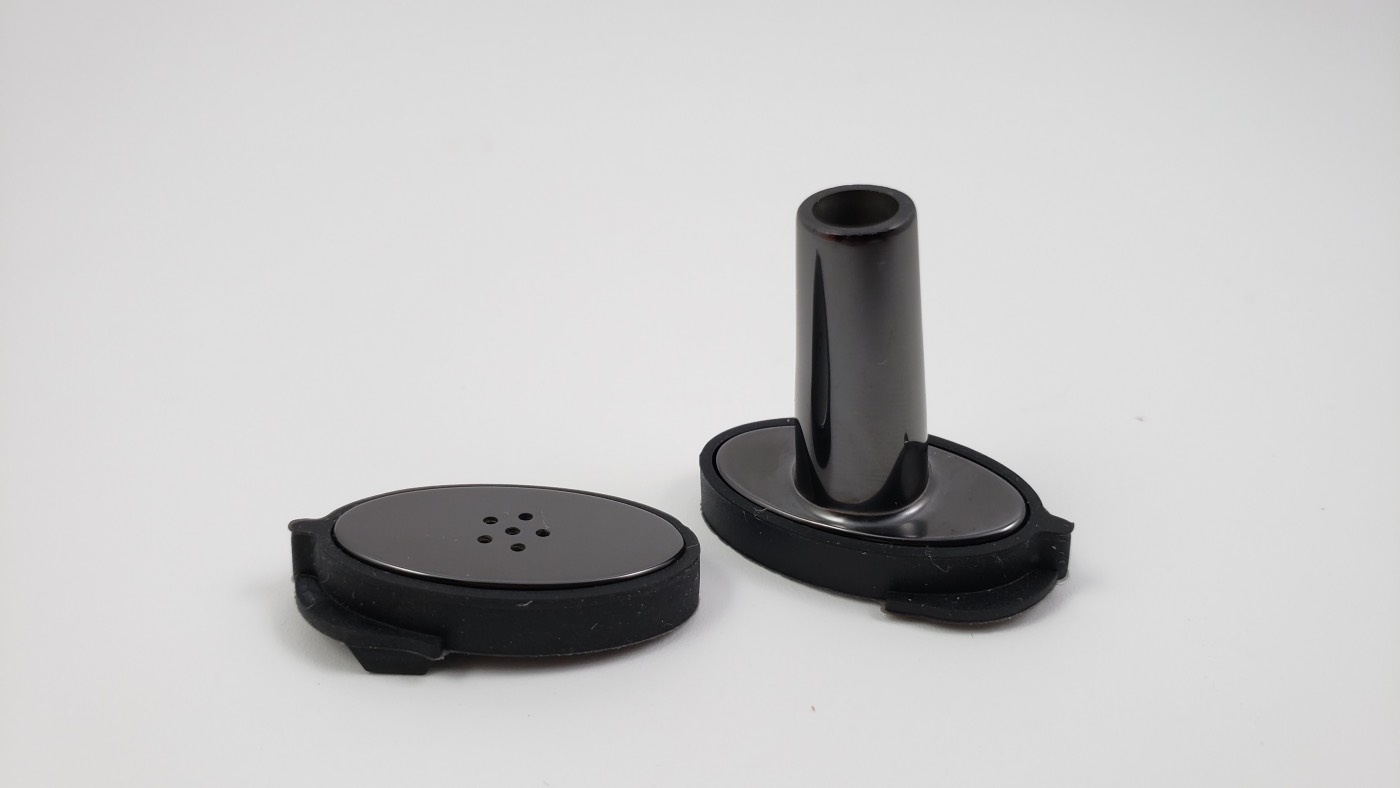 The IQ has two options for the mouthpiece. You can use the flat mouthpiece if you’re looking for something a little more stealthy. It’s not the most comfortable way to use the IQ, but it works fine and keeps the device a little shorter.

Also included in the kit is a 10mm adaptor. This is a much more comfortable way to use the IQ and I think it’s probably better if you’re passing this around with friends. That way everyone isn’t jamming their lips into your device! 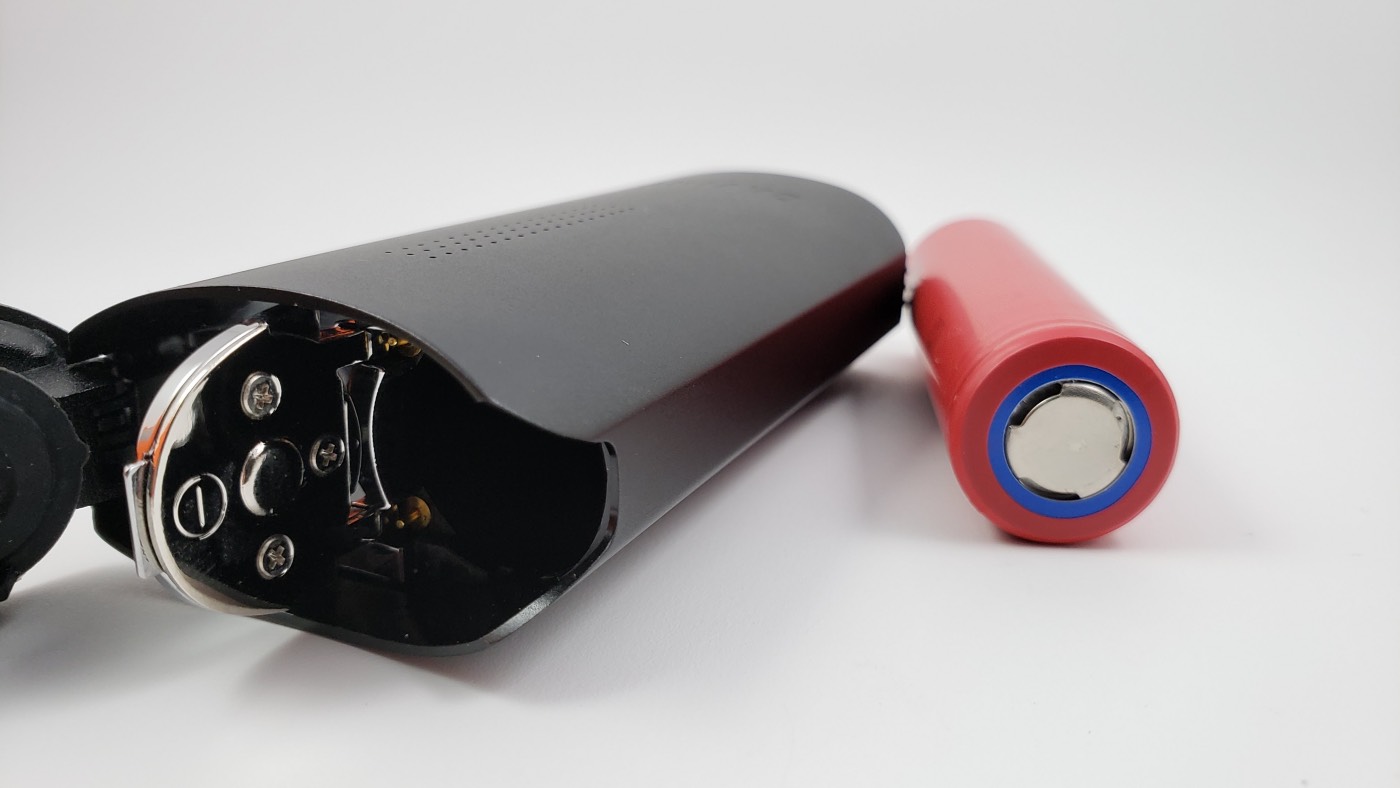 One of my favorite things about the IQ is that the battery is removable. And one does come with the kit, so you’re good to go right out of the box.

Davinci says that the IQ has up to 1.5 hours of battery life on a fully charged battery. That depends on how you use it, but it’s probably a general idea of battery life with the battery they included.

You can also charge the battery directly in the device using the included USB cable. I believe it’s 1 amp charging because it’s slow, but hey, at least you can do it. It’ll take about 3 hours to charge a fully drained battery. But another big positive here is that you can still vape while it’s charging. Another nice benefit of having a removable battery is that you can always buy an extra one and swap them out when you need to. 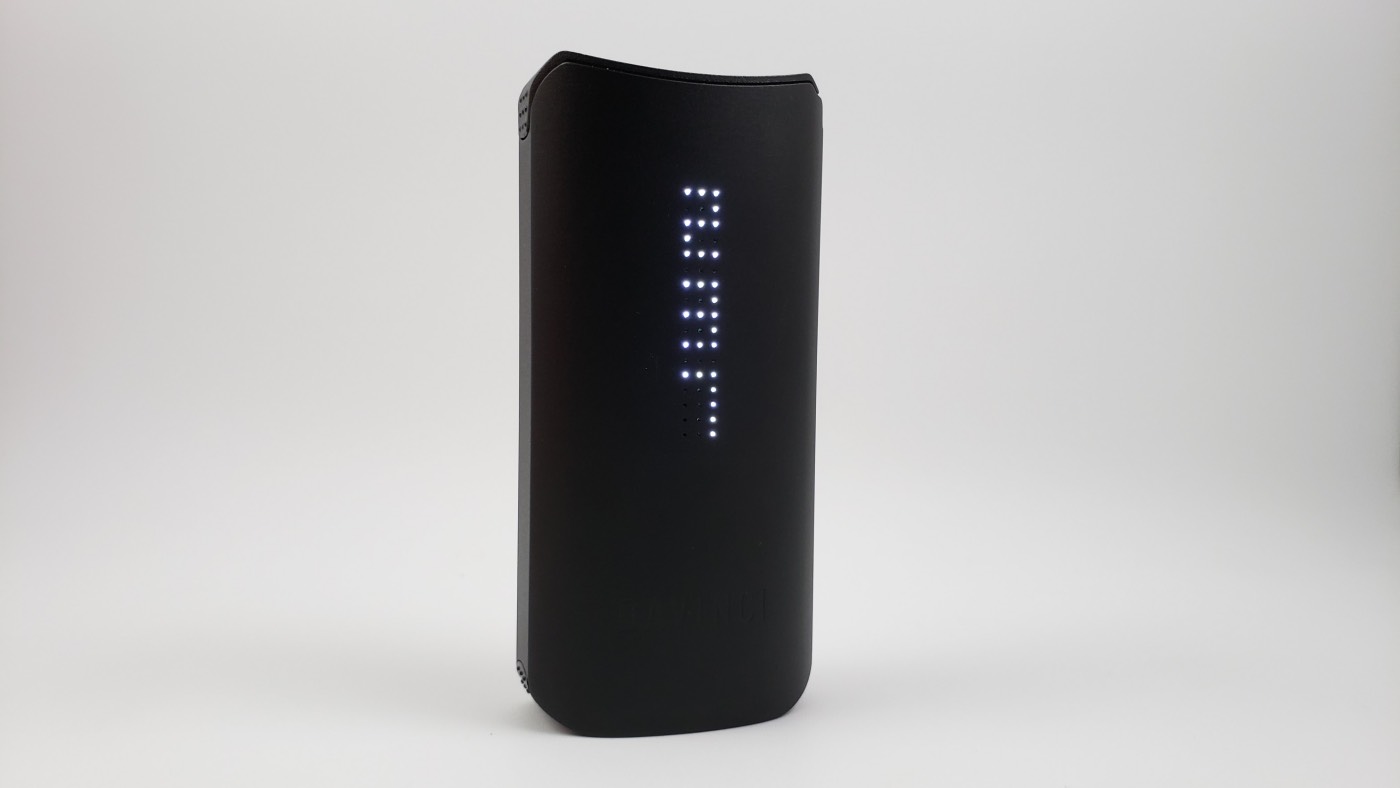 Since this is a dry-herb vape, obviously you’re going to have temperature settings. Different types of herbs require different types of temperatures. And of course, we all have our own preferences too, so it’s nice that we aren’t stuck with just a few settings here.

The temperature settings in the IQ are precise and work great. I’ve also found that it heats up really freakin’ fast! Like in less than 20 seconds. It’s awesome. And because of that, you can chain vape on the IQ too. You don’t have to wait for it to come back up to temperature between hits,

To let you know when the device is ready to vape, it’ll vibrate, but you can turn that off if you don’t like it.

The Davinci IQ has a 360-degree conduction heating oven, so it heats the herb all the around the chamber.

There are three modes that let you adjust the temperature anywhere between 250 to 430 degree Fahrenheit.

First, you have a precision mode. This lets you specify exactly which temperature you want to use.

Then you have what Davinci calls “Smart Path Technology“. This gives you four different settings to pick from, making it easy to set the temperature quickly. You can customize each of those modes to the temperature that you prefer.

And Boost Mode gives you on-demand heating, which really cool for those times when you want to quickly boost up the temperature for your last couple of hits to finish off a session. You just hold the firing button and it pumps up the temperature and then it drops as soon as you let go. 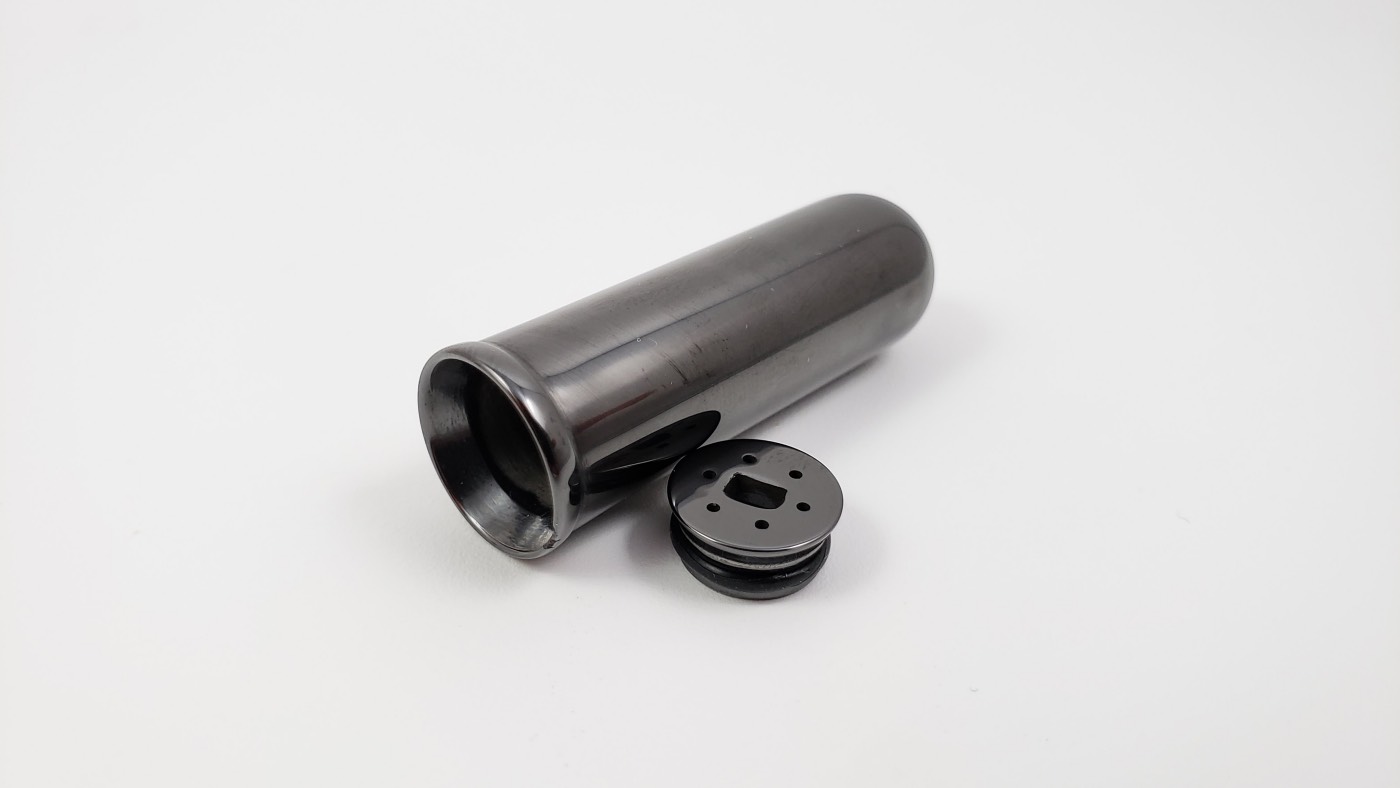 When you open up the top of the IQ, you’ll find a flavor chamber and this handy bowl stirring tool built in. You can also use that tool to pull the flavor chamber out, but the chamber drops right out if you tilt it upside down too.

This flavor chamber adds a few different features to the device.

One of the benefits is that it lets you store some extra herb within the device so that you always have some extra on hand, should you need it.

And since the vapor passes through the fresh herb, that flavor also gets imbued into the herb. It’s almost like you’re marinating your herb so that it’s even stronger and more flavorful for when you add it to the bowl later.

But you don’t have to load anything into the flavor chamber if you don’t want to. It works just fine if it’s empty. DaVinci also says that the ceramic chamber is 20x stronger than glass and supposedly has better flavor than glass too. 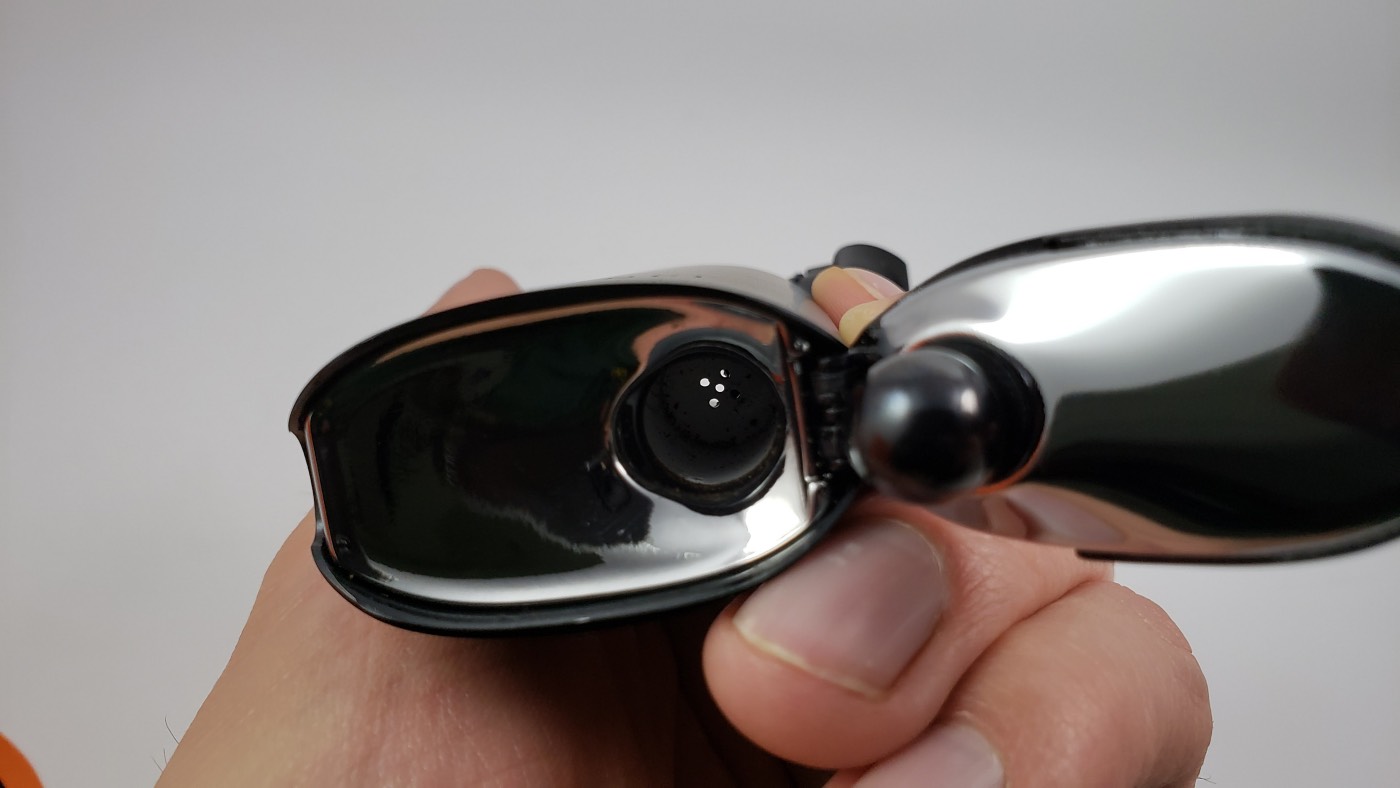 Flip the IQ over, open up the door, and you’ll find the bowl. Here’s where you fill it up. There’s also this ball attached to the lid, or what they call a pearl. 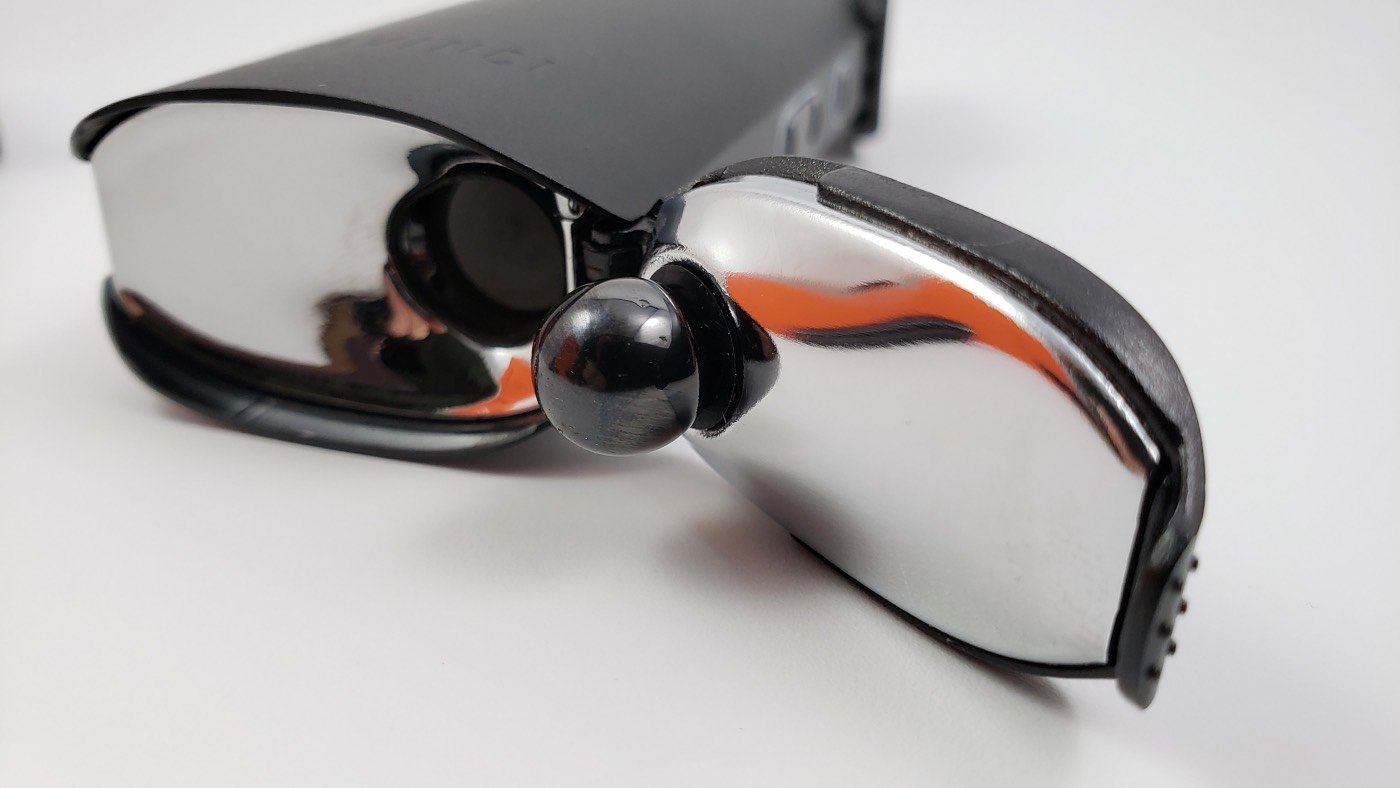 So what that pearl does is push the herb down into the bowl but it also heats up. And that’s how the IQ is able to heat your herb from 360 degrees. 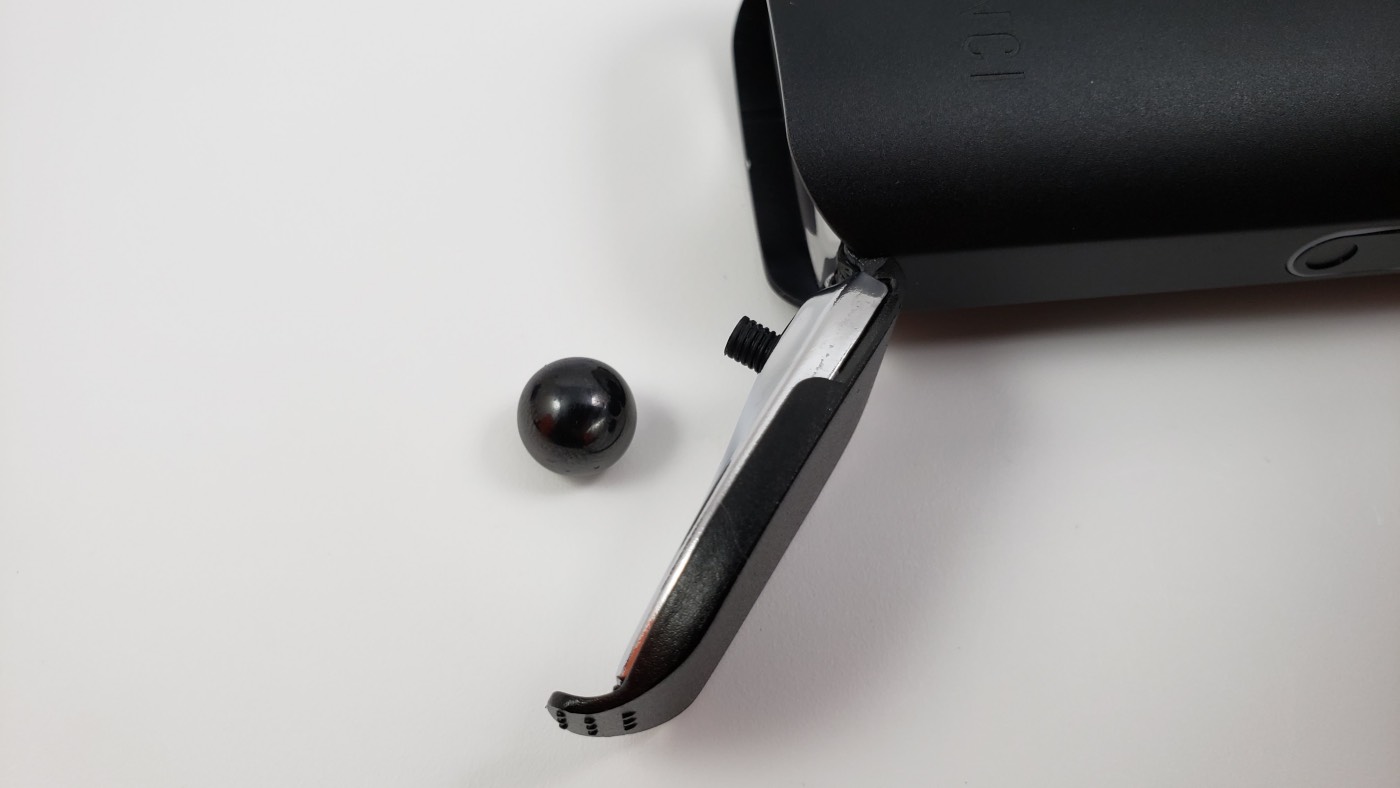 And you can extend the pearl depending on how much herb you have in the bowl. That way you can be sure that it’s packed in tight. 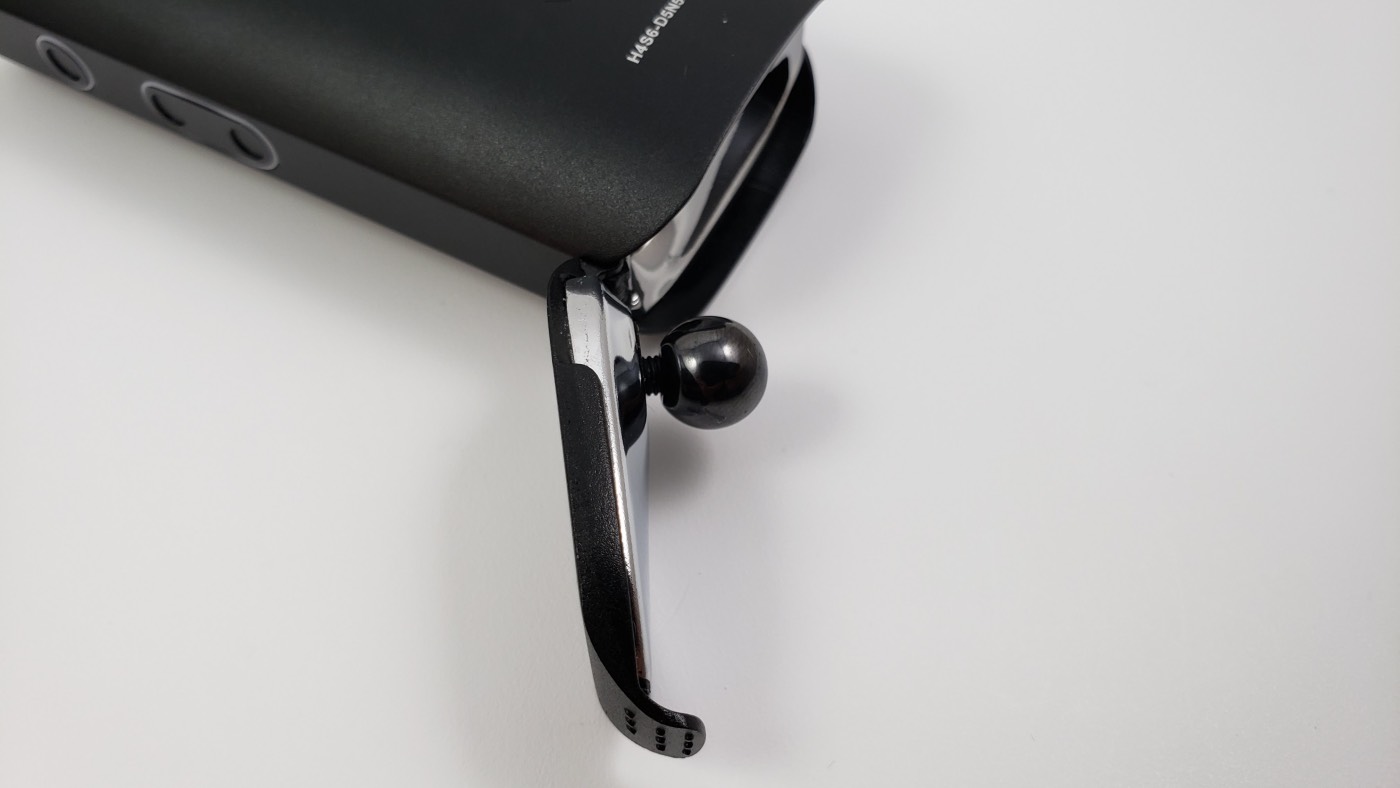 I’ve heard that the best way to load up this dry-herb vaporizer is with a fine grind, maybe with a slightly coarse grind.

When I tested the E-Clipse dry herb vaporizer last year, I didn’t know anything about using devices like this and I did a fine grind. I found that I couldn’t get a good hit and the herb would clog up the chamber. The slightly coarse grind worked much better for that device and it seems to work best here too, at least for me.

The IQ uses 100% ceramic zirconia air chamber and mouthpiece, which they say creates the highest purity flavor. The flavor definitely seems pretty good to me. And the material of the mouthpiece does a great job at dissipating heat so that it doesn’t burn your lips.

One drawback that I’ve noticed is that the device can get pretty hot to hold when you’re running it at higher temperatures for extended periods of time.

The airflow is a little restricted, so some people might not like that. I actually would have liked for the airflow to be just a little more open, or even adjustable. But it works fine for taking long slow hits. 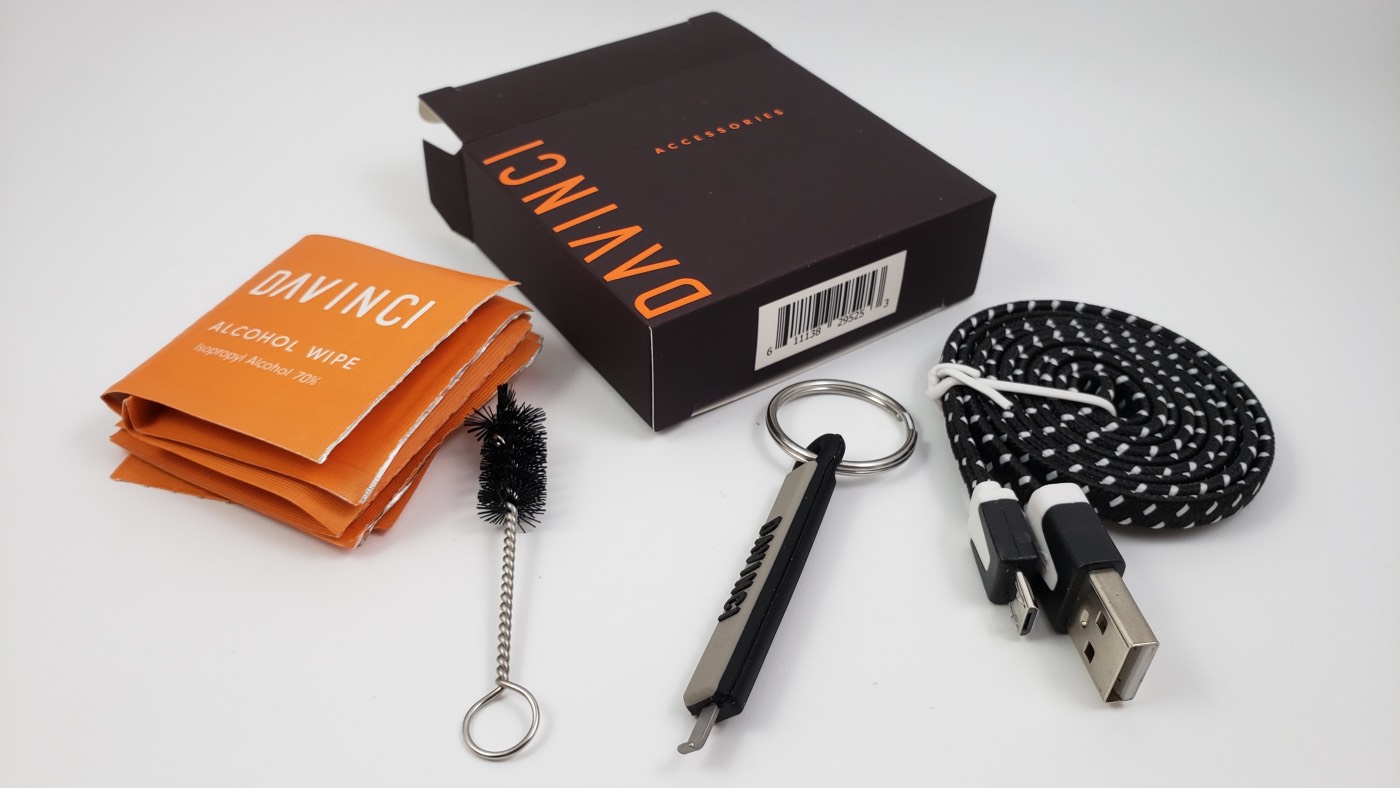 Cleaning the IQ is super easy. It comes with a chimney brush so that you can just wipe it out whenever you’re done. Then you can get a q-tip with some isopropyl alcohol to clean it more.

I’ve also learned that you can do a deep clean on this really easy too. You take it all apart, plug one end with your finger or a small cork and then put a little bit of Isopropyl alcohol in there. Not a bunch, but enough to shake around. Then you shake it all up, wipe it out with a q-tip, and repeat the process a couple of times until it comes out clean.

Davinci has also created a downloadable app for the IQ. With this, you can control your IQ right from your phone. To get started, all you need to do is set up an account and connect the device. It’s pretty straight-forward.

There aren’t a ton of features in the app, but you can turn the device on, choose between the four different Smart Paths, and see other metrics.

You can also change some of the settings on the IQ, like turning off and on the vibration alerts and stealth mode. And you can set the device to Celsius instead of Fahrenheit.

One other thing that I really like is that Davinci includes a 10-year warranty. That’s huge. That really shows how much Davinci cares about their customers, but also how much they believe in the quality of their device. 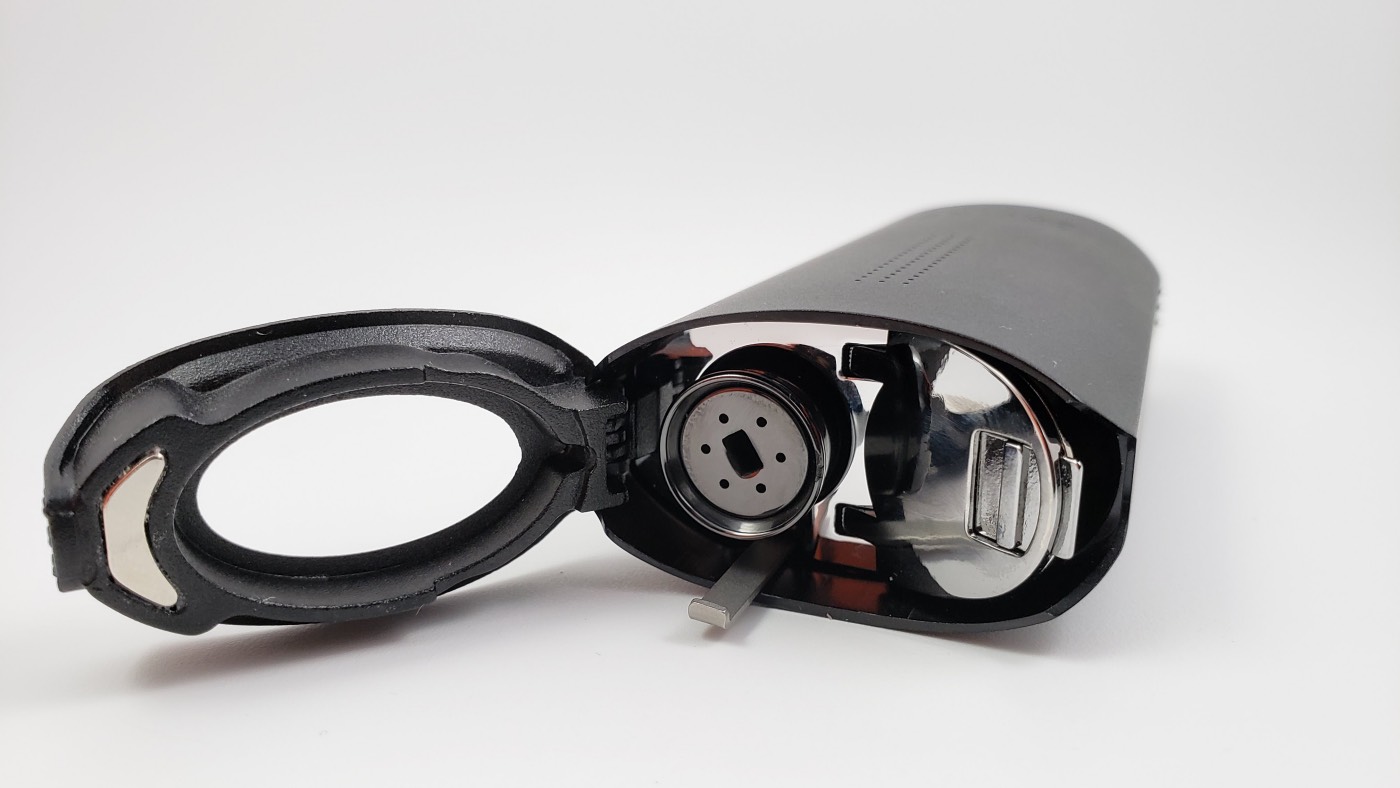 When I first started learning about dry-herb vaporizers, I was blown away at the prices. They’re all pretty expensive and nowhere near what I’m used to with regular e-liquid vapes. But when you see how these things work and how precise the technology needs to be, you start to understand. And that’s true here.

The IQ is a nice piece of technology. It feels high end, the temperature settings are precise, it heats up really fast, the hits are good, and the flavor tastes great. The size is nice too. It’s a pretty sweet device and I can’t really think of anything wrong with it.

This was sent to me for the purpose of review and you can pick it up from their website here.