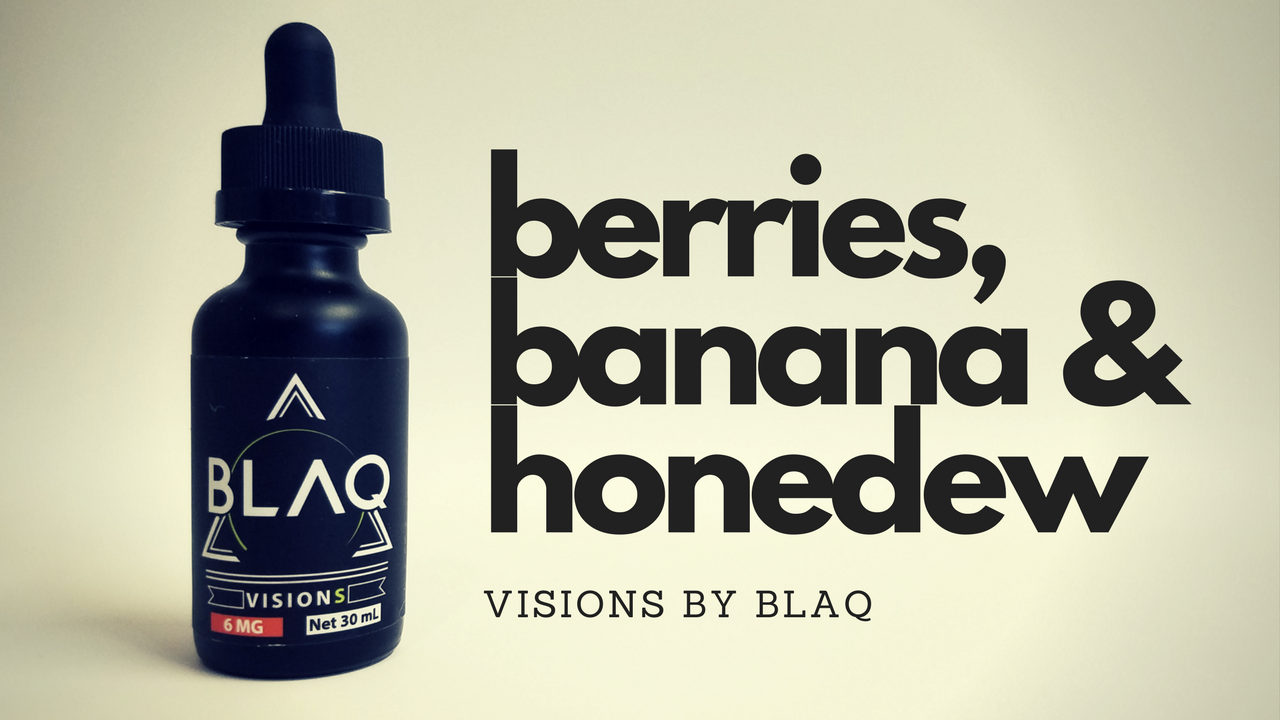 BLAQ gave this to me for the purpose of review.

Visions is described as a sweet honeydew mixed with secret nanaberries crystallized in a hard rock candy.

For this review, I used the Smok Alien at 100 watts with the CSMNT RDA on top built at 0.4 ohms.

It’s definitely honeydew, which is noticeable immediately. I really like how the honeydew comes out in this. It’s definitely the dominant flavor. The second most noticeable flavor is the banana. I would have never thought to combine honeydew and bananas, but it works well. I don’t really get any specific berry flavor out of the vape, but this is an overall fruity flavor, so it’s probably contributing to the flavor as a whole.

As for the rock candy flavor, I don’t taste it. I suppose it’s a little candy-ish, but not a whole lot to me. It’s pretty sweet though, but it tastes more like the sweetness of a very ripe banana, which I love. So yeah, this one is pretty good, I like it a lot. I get the feeling it will be a coil killer though because it’s sweet.

So you can get this from blaqvapor.com in in 60ml bottles for $24.99. If you like sweet honeydew and banana flavor e-juices, I think you’ll like it.